So, imagine my delight that the role of women isn’t just embedded into the story, but in your role-playing experience too. While playing as Kassandra and getting my smooch on with every woman I could see, I realized that I had an option that would change the game forever: I could invite them on my ship.

I came to a standstill. This was news to me. I quickly gave up trying to find my mother, as the main storyline wanted me to, and instead went searching for potential, new wives. Though not all of my girlfriends could join me on the ship (Ubisoft did you dirty, Kyra), I went ahead to recruit as many ladies as possible.

If there’s one thing I was sure of in pursuing this dream, it was that I knew Sappho would be proud.

In the meantime, I equipped my ship with an all-female crew of bandits and watched gleefully as they interacted when we docked. It was pretty great. I could pretend Kassandra really was the woman that every Greek wife left their husband for, and I could shape Assassin’s Creed Odyssey in a way that I didn’t think was possible. 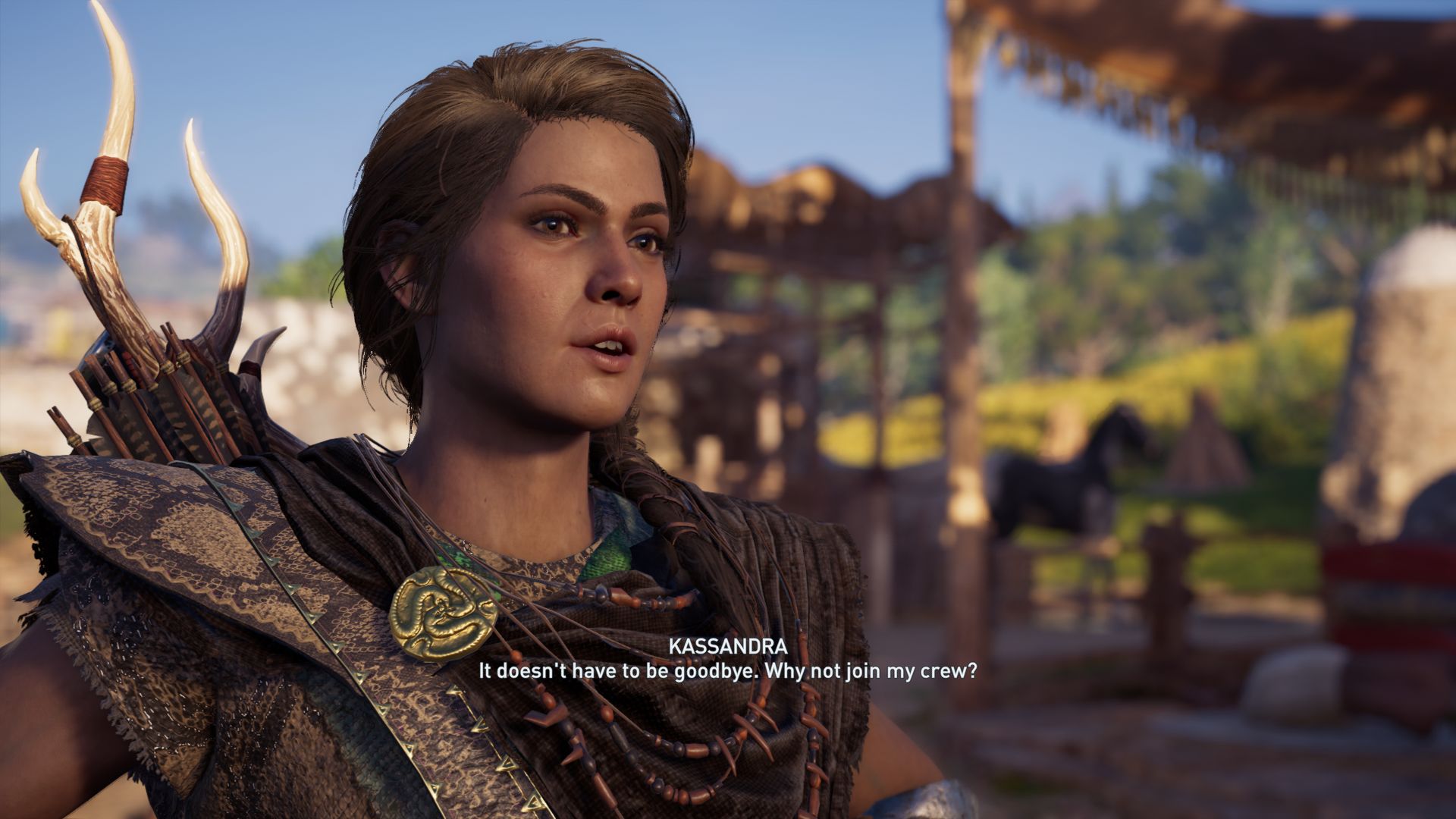 At the risk of sounding like a 4-year-old with a ‘no boys allowed’ poster on my door, the opportunity to roleplay a story where women strive and work together was like a dream to me. Playing a woman who loves other women and having that be rewarded through simple in-game features, like an upgrade to my ship’s armor and different crew songs, felt oddly significant. It felt as though I could play Assassin’s Creed in a way that I’d never done before.

Women could be the centre stage if I wished, and all I had to do was recruit them onto my ship – a place of freedom on the wide, high seas. Freedom to express my preferences, and to watch happily as the people Kassandra had come to love in her journey united under her to experience an adventure like no other (ifyouknowwhatImean).

You know how Ubisoft could make this better? I mean, apart from allowing my girl Kyra to join my sapphic ship? If they allowed me to bring all my tamed lionesses on board too. Ubisoft, take notes.