At a specific point in Assassin's Creed Odyssey, you'll come across a nasty group of people that call themselves the Cult of Kosmos. Their collective goal is to bend the world to their whims by prolonging the Peloponnesian war, terrorising the local populace, and causing widespread chaos.

Assassinating them all becomes one of Alexios or Kassandra's main focuses of their odyssey. To work out who the major players are and where to find them, you need to kill their subordinates and gather clues that lead you to the sages, and their leader.

This Assassin's Creed Odyssey cultists guide will show you all of the locations for the Cult of Kosmos. With so many members in their collective fold, it's going to be hard to track all the cultists down without prior knowledge of how to be an effective assassin. 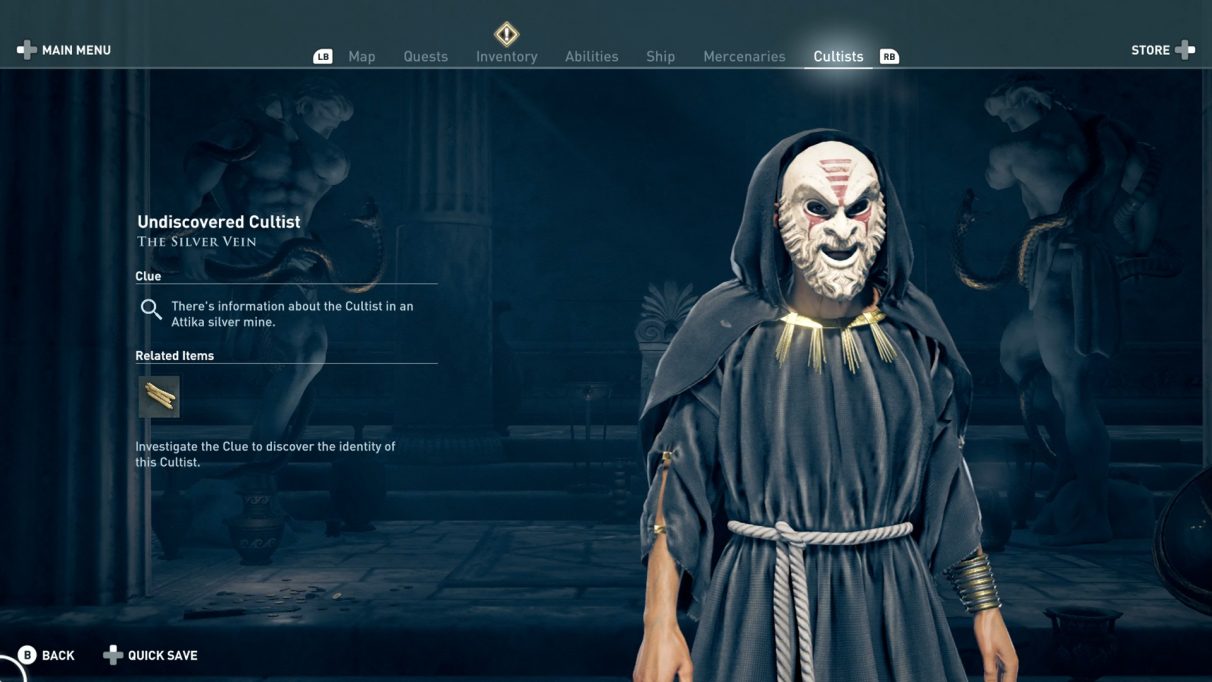 Every Cult of Kosmos location in Assassin's Creed Odyssey

To make it a little easier for you, I've compiled a full list of the cultists and where to find them. Most are revealed by assassinating their fellow cohorts in their sect of the Cult of Kosmos. Others require a bit of investigation to work out where they are, such as finding clues in certain locations, or completing certain side quests.

In the table below, there is a search bar at the top right so you can search for the cultist you are targeting. I recommend searching by the cult sect name (ie: Eyes of Kosmos, The Silver Vein, Delian League, Gods of the Aegean Sea, Heroes of the Cult, Worshippers of the Bloodline, and Peloponnesian League).

Oh and I've not included the name of the Ghost of the Cult as that would be a major spoiler for the story. 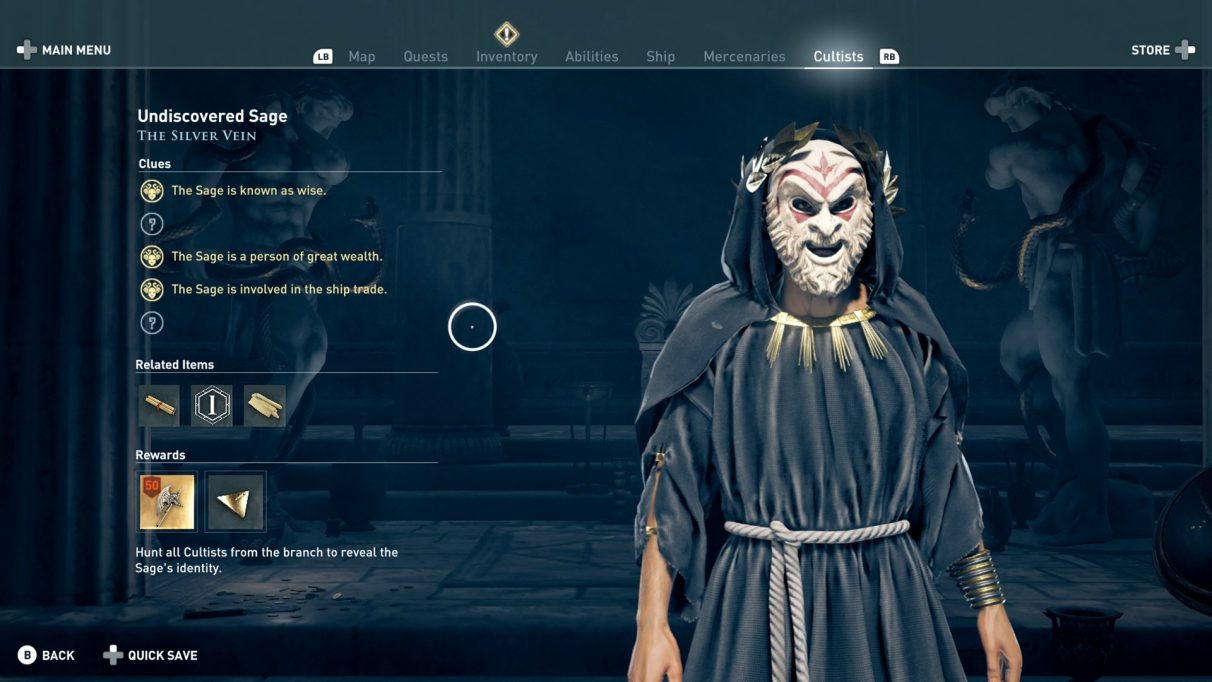 Taking down the Cult of Kosmos requires a significant time investment, as they're hidden throughout the world in plain sight. You'll therefore need to gather clues left by each individual cultist to find their identity.

Once found, you'll be able to piece together their identities, so that you can hunt them down, potentially gathering more clues to more senior members of the sect. Some will be revealed during the story missions, but others require a bit more detective work.

Most of the members will have no portrait since you won't know anything about them. However, there are a few that have a slightly grey border with their mask. This is an indication that you are aware of them from a conversation or a clue picked up from another cultist, but you need more information to fully reveal who it is.

If their portrait is shimming with a white ring around it, you can uncover their identity, their location, and their difficulty rank. This is everything you need to go out there and take them down.

For those that you have no lead, there will be clues in their individual cultist page that will lead you to certain locations to uncover items. Head over to where it says and keep an eye out for the text appearing on screen that says "Cultist clue nearby".

For some, it's looking in chests, while others may require you to buy items from merchants. You'll need the relevant documentation to uncover the cultist's identity, so it's worth spending money on these items or hunting down the treasure chest with the clue inside. Some require you to complete a series of side quests in order to establish their identity, more on that in our Assassin's Creed Odyssey side quests guide.

Once you've done so, it's then time to hunt them down. You'll be able to track them one at a time from the same screen, which in turn will make their medusa-like icon appear on the map (more on how the map works in our Assassin's Creed Odyssey map guide). At this point, it's a simple task of killing them and confirming the kill.

Uncovering the Cult of Kosmos's sages

Members of the inner circle hold the secret to the Ghost of the Cult's identity. These cultists, or sages as they are known within the cult, all need to be slain. Each have their own lieutenants that need to be slain to uncover their identity. Once you've finally got all five, you'll be able to unmask that sage and hunt them down directly.

They tend to be a fair bit tougher than their cohorts, some reaching the maximum level of 50 and they usually come equipped with skills not unlike your own such as poison attacks. Make sure you're prepared before taking them down. Head to our Assassin's Creed Odyssey skills guide for which skills you should have. It is entirely possible to run into them accidentally as you progress through the game's story; I ran into the Eyes of Kosmos sage during a story mission, though the game never told me this was the case.