Getting equipment in Assassin's Creed Odyssey is initially rather slow, but the way it works is remarkably similar to how it was in Assassin's Creed Origins. Before long you'll be wielding some of the most powerful and legendary weapons and armour found in all of Ancient Greece - the stuff that myths and legends are based on. They are most highly coveted equipment to get, making a massive difference in how much damage you're doing to your foes and how much you're taking from enemy blows. Since each equipment has very different perks and buffs you need to be aware of, this guide will explain how the inventory system works and how to get the legendary armour and the best weapons. 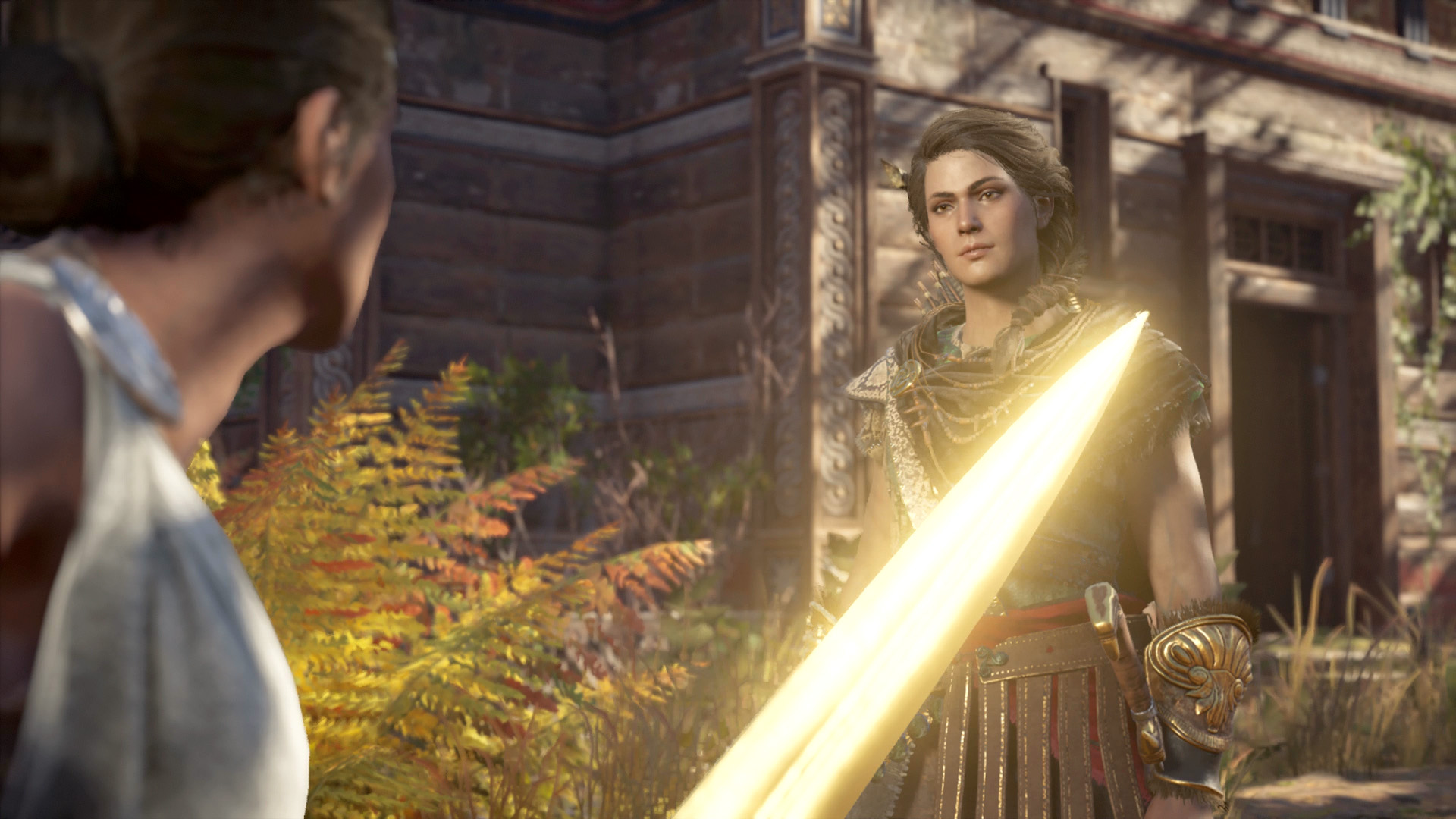 Keeping your inventory in order

As with Assassin's Creed Origins, the rarer the item, the better quality it is compared to its contemporaries with more buffs assigned to them. If there is an item that you particularly like, you can pay money at any merchant or blacksmith to upgrade it into a version of that item that is of a similar level to your own.

You'll amass a lot of items as the game goes on, which can either be sold to a merchant for money, or broken down into raw materials for use in making upgrades to your ship (more on that in our Assassin's Creed Odyssey sailing guide) or engraving weapons and armour.

There is also a section dedicated to the trade goods you have gathered at the top of the screen, as well other important items in their own satchel. You can also gain epic and legendary items by spending Orichalcum, which our Assassin's Creed Odyssey Orichalcum guide details how to obtain, though this is a horribly inefficient way of obtaining loot when just killing cultists or completing quests nabs you the best stuff. 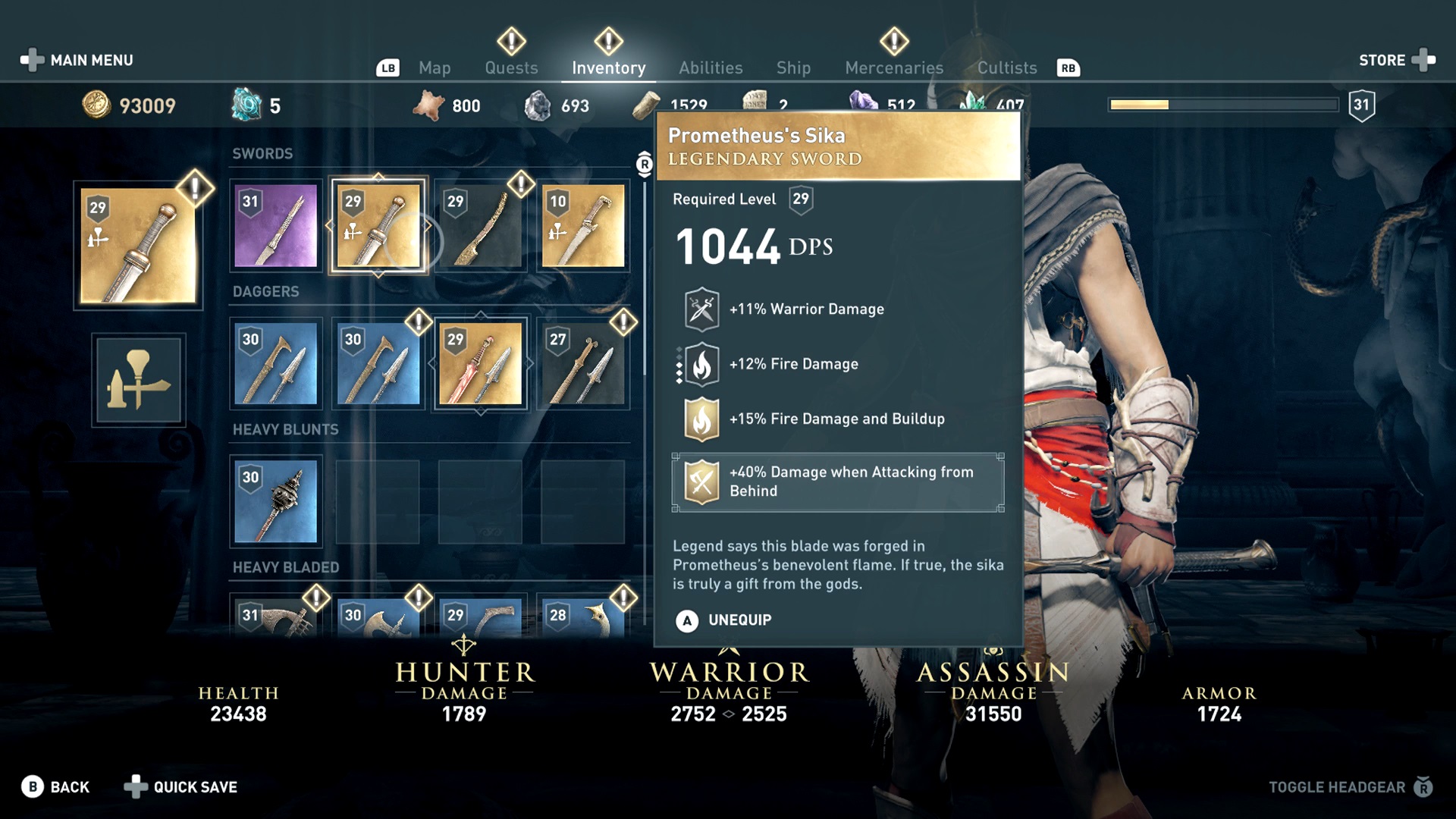 How to get the best weapons and armour

The best weapons and equipment are the legendary ones, but the method for obtaining them is a lot more specific than the other tiered gear obtained at random. When you initially obtain them, they will be at the same level as you, but you can upgrade them at any blacksmith to your current level for a fee. What makes them special is that the buffs are usually something unique to that weapon or armour, but the best part is that, as mentioned in our Assassin's Creed Odyssey Ainigmata Ostraka and engravings guide, you can also apply engravings to legendary gear to further complement their buffs.

Below are two tables, one for the best weapons and their locations, and a second for the best armour sets with locations for every part. While weapons come automatically with perks, the armour requires all five pieces to be equipped at once to get the best out of them. Use the search bar to find the weapon or armour set you are looking for. For the weapons, I recommend searching by the type of weapon, while for armour sets just search for the full set name.