Assassin's Creed Odyssey takes us into a war torn world in Ancient Greece. Set during the conflict between Athens and Sparta, it is absolutely colossal in scope. Since a lot was introduced in the latest Assassin's Creed, our guide hub will go everything you need to know to get started on your odyssey: From which gameplay mode to choose, the huge number of side quests, getting the best weapons and armour possible, how to hunt the pesky Cult of Kosmos, and how to deal with those relentless mercenaries.

Taking place during the Peloponnesian war, some time between 431-404 BC, this was the war that had wide consequences with the outlook on Ancient Greece, with Athens taking on Sparta. There was a treaty signed in 421 BC, but this was soon rendered void by ongoing conflicts in Peloponnesus. But with the realistic setting that includes large scale battles, there are also plenty of side quests, mythological beasts to slaughter, and even buried treasure to uncover.

Side Quests by region

Side Quests by person 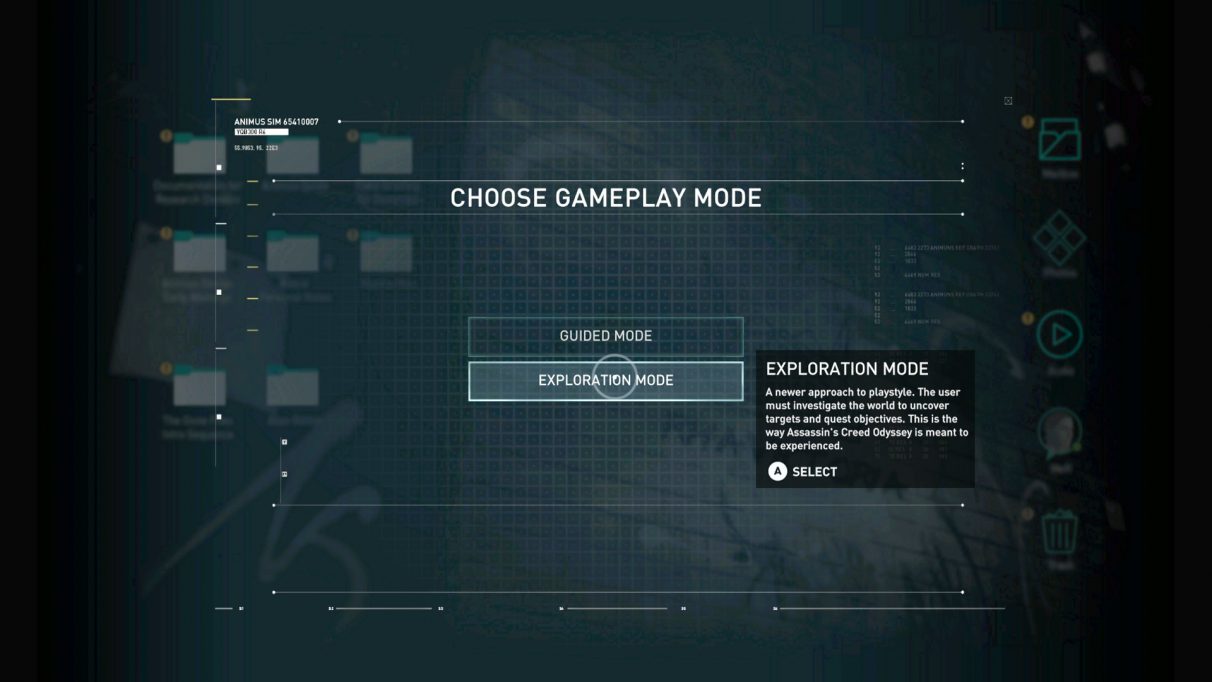 When you begin the game, you're given a choice of difficulty for combat, but you are also given the between guided and exploration mode. Exploration mode is the intended way to play the game, providing players with clues, as well as any interesting places that are marked with a question mark for you to discover yourself.

As you approach your target, you will be able to scout ahead with Ikaros before heading into a new area. Summon your eagle with V (PC), or pressing up on the d-pad (Xbox and PS4 controllers). You'll be able to zoom in and look at enemies and treasure, as well as any objectives in the area. Anything flagged will stay up until either dead or you're too far away. Make sure to look at the HUD to see of there's any other hidden goodies or elusive enemies.

Guided is much the same, though quests have waypoint markers and it is a lot more generous with the hints, usually telling players the location of where to go in a lot more detail. The guided mode is more like Assassin's Creed games of old in many respects, though some things are still obscured until you either find them using Ikaros or somehow find it by getting close enough. 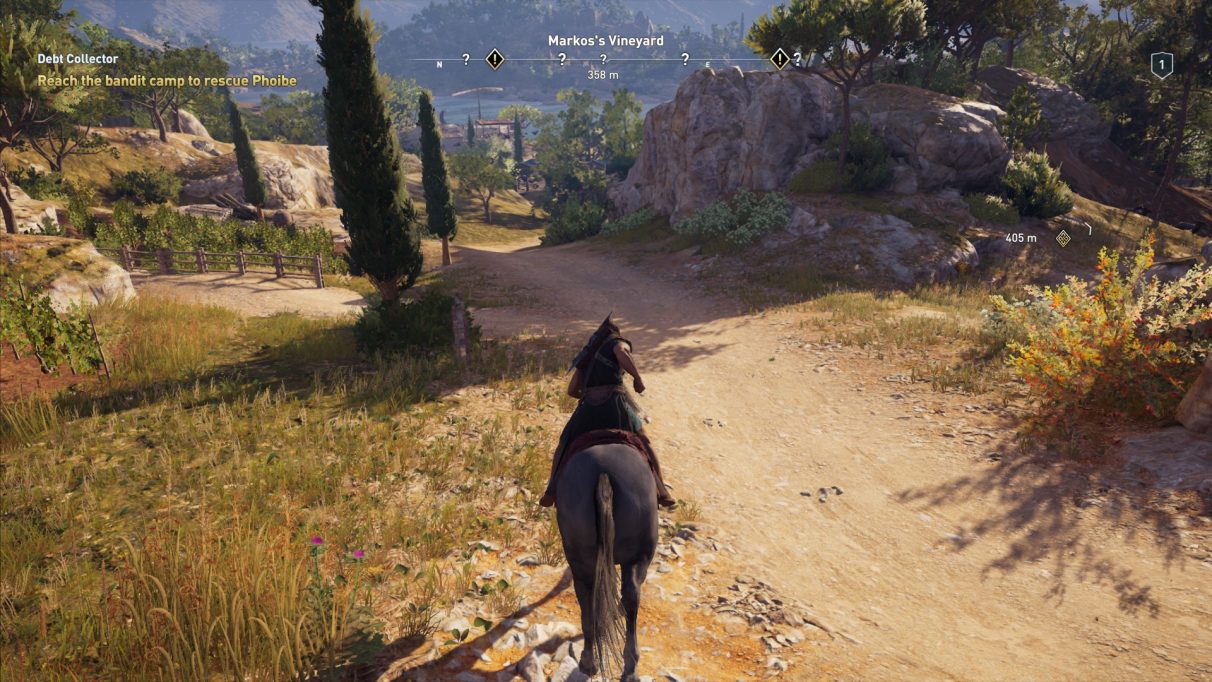 Exploration is rather self explanatory, but there's one thing I feel I need to emphasise. I know this is the most utterly boring thing in Ubisoft games, but climbing stuff to get to viewpoints reveals a lot of information, such as settlements and quests. At least this time however there's some rather... interesting things to climb. That giant statue of Zeus you see in the beginning of the game, you can climb that. Yes, you can climb around all of it, you dirty scamp!

Finally, when travelling long distance on foot, ride your horse. You can customise your steed to a particular skin with the help of our Assassin's Creed Odyssey horse skins guide, but the horse itself is always the same slightly dumb animal. There's a cheeky little trick for getting on a horse quickly, as Matt explained in our Everything That's Right with Assassin's Creed Odyssey feature, which he describes with the following: "The best way to quickly mount up is to briefly look away from where you’re going while whistling for Phobos." You can also run away from it to automatically mount it in the direction you are running when it gets close.

Auto-travelling is done by setting it to automatically follow roads, then pressing the objective/way point prompt on screen. It can go to any quest markers or way points that you place on a map, but keep an eye out for enemies. You can fire arrows while travelling this way, independent of your horse.

Before I go, I'll leave you with some tips and tricks that you can use on your odyssey:

That's everything I have for you so far. I'm still working my way through this massive open-world to have as many guides for you as is physically possible, so keep an eye out for constant updates to our guides, such as the one for Assassin's Creed Odyssey side quests for example.