Set in the Peloponnesian war, Assassin's Creed Odyssey depicts the fierce fighting between Athens and Sparta was fierce and bloody. Due to plotting and scheming on both sides, many lives were lost. This war is simulated by having each region assign a leader in place to keep the peace. Should it deteriorate, a skirmish will begin and you must choose whether to side with the Athenians or the Spartans. This guide will tell you how to trigger these skirmishes, as well as detail the point of taking over territory. 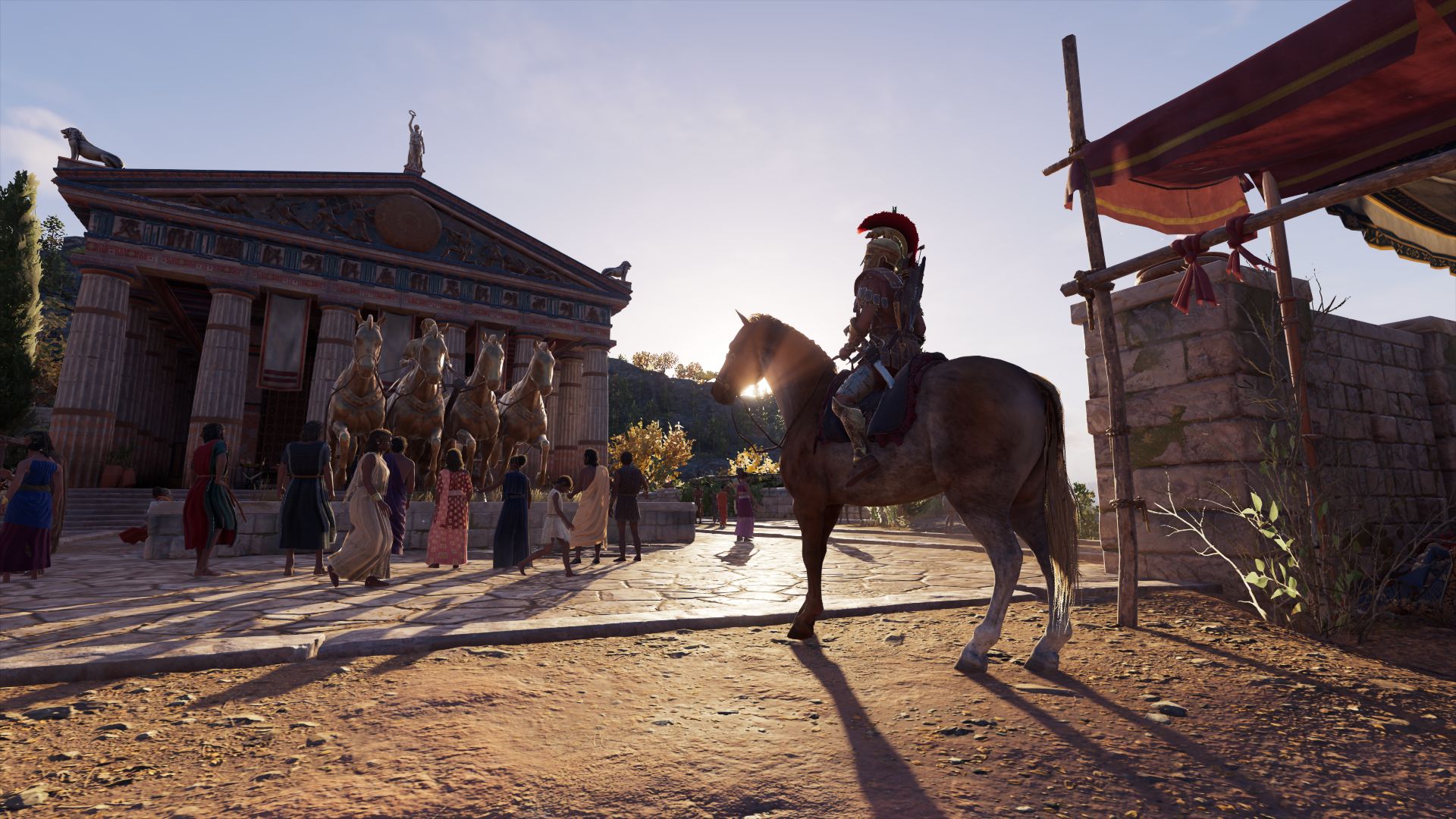 How to start a skirmish in Assassin's Creed Odyssey

The shortest answer is that in order to start a fight, you need to undermine the authority figure for each location. Whether that is an Athenian leader or a Spartan one, you need to raid their bases, kill their soldiers, steal their treasures, and burn their supplies. They're a major cash cow to loot, so the benefits of doing so can be found in our Assassin's Creed Odyssey money guide.

Doing all of this will leave their leader vulnerable. Instead of being holed up in a fortress, they'll instead be seen wandering around the streets trying to calm their citizens down. Their soldiers will have abandoned them too, making the opportunity to strike all the more tempting. You have the choice to either carry on with your sabotage, or to assassinate the leader when they're exposed.

Just be sure that if you do kill a leader that there are no witnesses, otherwise a hefty bounty will be placed on your head and you'll have all five possible mercenaries hounding you night and day until you are dead. Find out more about them in our Assassin's Creed Odyssey mercenaries guide. Once the territory's stability is whittled down enough, you'll be able to start the skirmish. Note that you'll be able to side with whichever side you want, not just the opposing side to that territory.

Once you've finished wrecking the place, you have a choice between siding with Athens or Sparta. Normally the defending side will be an easier battle than the attacking side, but your main goal in each battle is to kill as many people as you can. Focus on any elite enemies as that will have the biggest impact on the battle, but as soon as the enemy commander appears, that is your time to break off and slay the figurehead of the opposing army. To make mincemeat out of him, check out our Assassin's Creed Odyssey skills guide for the skills needed to annihilate the enemy on the ground.

Normally these battles aren't especially difficult, usually over after the defeat of the enemy commander or until the army bar in the top right for the opposing side is fully depleted. You'll know when this has happened because the other side will run away. However there may be times where the fights are naval battles. For that you should definitely check out our Assassin's Creed Odyssey sailing guide for how to control the ship, but make sure that your ship is fully kitted out with decent equipment. A good hull can go a long way in multi-ship battles such as this. With naval battles the scene will transition when the battle is over.

Occasionally you'll also find that certain cultists will appear in the battle depending on where it is and which side they're fighting for, so look at our handy Assassin's Creed Odyssey cultists guide for more on that.

Once you've finished the battle, provided your side is victorious, you'll either retain or take over the territory, allowing the process to begin anew. That's all you really need to know about skirmishes, but be sure to check out our other guides, such as the one for Assassin's Creed Odyssey side quests for example. Who knows, you may find a quest that will give you access to a fortune.