Even two decades after its release, The Longest Journey hasn't lost its hold on players' imaginations. Except now, satisfying that nostalgia fix doesn't have to mean stomaching those 1999 graphics thanks to a high-res makeover mod released last week.

It looked truly lovely back when the Spice Girls were topping charts, but now players can enjoy the classic with upgraded textures. An accompanying pack upscales the FMV videos as well.

"It includes neural network upscaled backgrounds and sprites, redrawn user interface and a lot of other small improvements thanks to ResidualVM implementation of the game engine," explains its creator, a modder who goes by the username "Faberman".

Funcom's somber take on the point-and-click adventure came out at a time when genre mainstays preferred to embrace wacky stories packed with gags and razor-sharp writing. As much as I enjoy Day of the Tentacle, Grim Fandango, and The Curse Of Monkey Island, "nuanced" and "thoughtful" aren't exactly words I'd use to describe them. 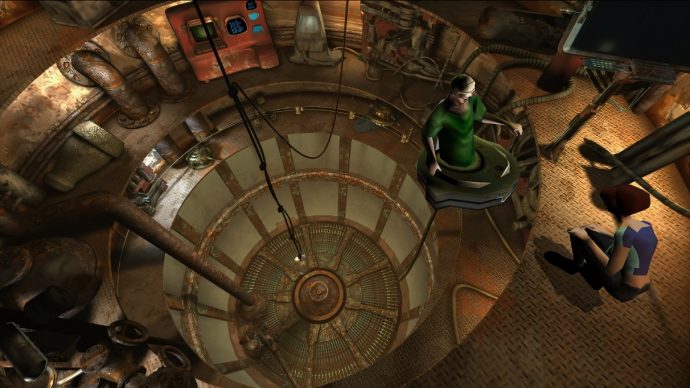 Meanwhile, as you play as 18-year-old April Ryan in The Longest Journey, you're tasked with maintaining the balance of the universe. No pressure, though. At night she travels from her own futuristic world to surreal landscapes in her dreams, but after the two start bleeding into one another she gets a lesson in parallel universes along with a whole lot more responsibility.

The Longest Journey also made it onto RPS's list of the best PC games of all times. The recently departed -- at least, from RPS that is -- John Walker had some particularly high praise:

"The game is too long, too wordy, and nearly twenty years on, almost intolerably ugly to look at. It's an ordeal to play at this point. But in 1999, it was not. And in 1999, it made an indelible mark on my soul. At the age of 22, it was the game I needed to play, a story I needed to hear, a game that imparted a core truth that has defined so much for me: you are not the hero of your own life."

For one fewer reason to not play now, hit The Longest Journey HD's site to download the mod.