Trogdor is a dragon borne of the Internet, like something out of Shadowrun, and January 13th saw him turn 15 years old. Trogdor, for the uninitiated, is a 12-year-old’s awesome notebook doodle, a dragon shaped like the letter S with an inexplicably beefy human arm coming out of his back. He's a recurring character from the webseries Homestar Runner, cartoons which followed the childish obsessions of a gang of funny little scribble men, including the supernaturally stupid Homestar and the real main character, Strong Bad, whose main hobbies are checking his email and antagonizing his fans. Let's take a look at the Homestar world’s relationship with nostalgia and its impact on PC gaming history.

To celebrate Trogdor's birthday, we got a re-release of the character's free burninate-em-up arcade game, updated to work on most modern browsers. It's part of a project by the Brothers Chaps, Homestar Runner's creators, along with web developer Joe Peacock and Austin Joyner of Aeon Softworks, to keep the Homestar Flash cartoons accessible as Adobe discontinues support for the Flash player. 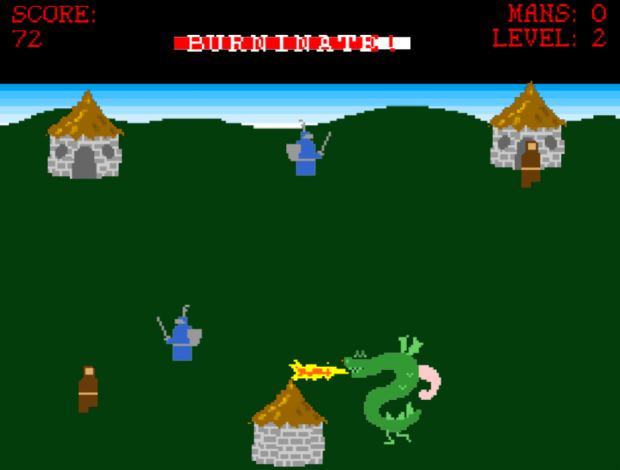 January also gave us a trailer for the final level of Homestar’s Stinkoman 20X6, a Mega Man homage from the same team, which came out in 2006. 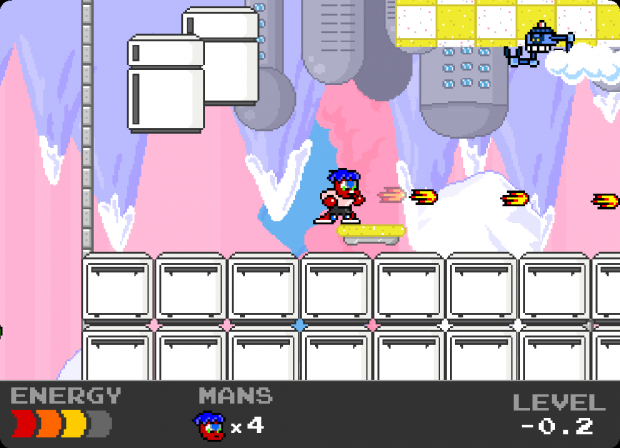 Yes: 12 years after launch, they’re updating a parody of a game that's now 30 years old, and this whole scenario is somehow appropriate for the franchise. The first Homestar Runner cartoon was made on Mario Paint for the SNES, setting an aesthetic for the entire universe, a place where 80s computers and 70s graphic design collide in a format that could only exist after dial-up internet. Strong Bad himself is patterned after one of the Brothers Strong, characters from 1986 NES game Tag Team Wrestling.

As Matt Chapman told me over e-mail:

“I have some funny, very old examples of Mike and I being obsessed with retro gaming and also always being afraid that it was already too played out.

"I designed the class of 1995 senior t-shirt for my school and it had an Atari joystick and the Atari logo and said 'Seniors 9500' in the old Atari 2600 font. Everybody hated it. Not because they thought the Atari was lame or that it was too soon to make retro video game references, but because most kids just didn't get it. Mike was also in a band in college called High Score and retro video game stuff permeated all their flyers and band merch.

“Anyways, the point is by the time we were making retro Homestar games, we were a decade into both referencing old school games AND worrying if it was too lame that we were still referencing old school games. I think that had an influence on making sure we weren't just phoning in the nostalgia. The content, be it the Trogdor! game or Peasant's Quest or Thy Dungeonman, had to stand on its own and be funny or entertaining (hopefully) beyond just being a bad graphics gag.”

It's not for nothing that the climax of the Telltale adaptation Strong Bad's Cool Game for Attractive People involves old video games coming to life and holding the world hostage. (Uhh, spoiler alert.)

The thing that set Homestar Runner apart from the modern idea of a web series was the same thing that prevented it from working on Youtube – interactivity. At their mildest, the cartoons were full of little easter eggs which the viewer discovered by clicking around during cartoons, or even simple Choose Your Own Adventure cartoons. It was a lot like watching a LucasArts game, where there’s no risk of dying and plenty of bizarre tangents to go down. 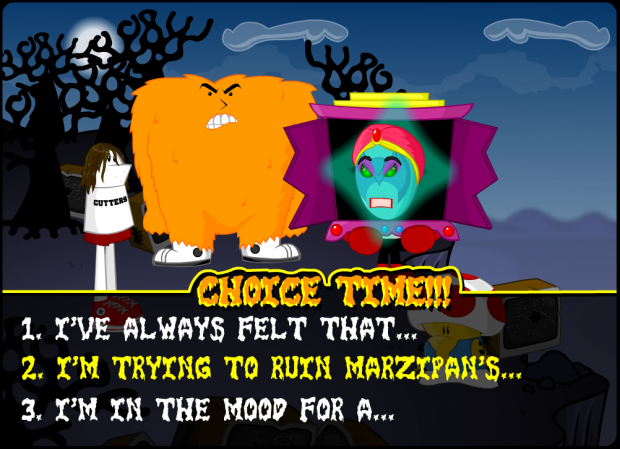 Which is why the Brothers Chaps’ self-aware writing style worked so well in adventure games. To coincide with the Telltale game, they made Behind the Dangerdesque, which they called a “roomisode” - a 5 minute adventure game set in a single room. It stars Dangeresque, Strong Bad’s goofy action movie persona, and its brevity really suits the point and click genre – it's strange the concept never took off. 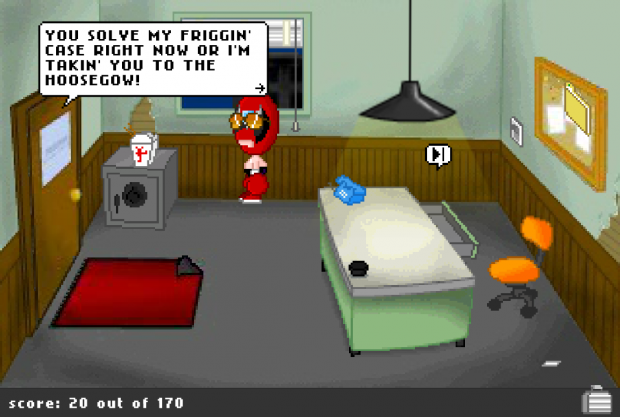 It wasn’t their first stab at the genre, either. In 2004, deep in the dark ages of adventure games, a year before Telltale hopped onto the scene with Bone, the Brothers and longtime collaborator Justin Howe released Peasant’s Quest, a King’s Quest parody about a peasant seeking - of course - Trogdor the Burninator himself. If you have a chance, give it a look. There were other adventure games too, like the text-based Thy Dungeonman series (picture below) but Peasant's Quest is a highlight. 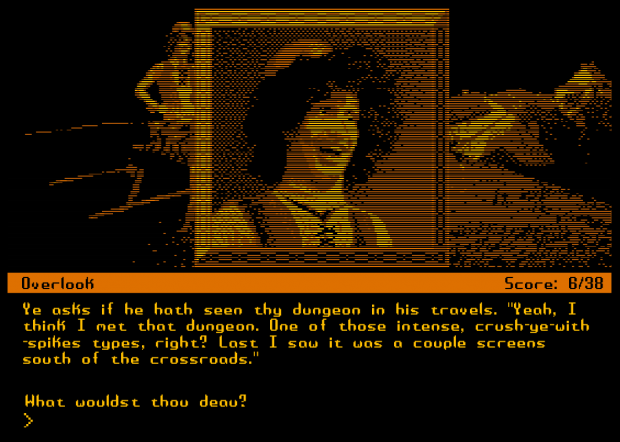 It took the Brothers a while to find their niche. Many of the earliest Homestar games are more like desktop toys than anything else – still soaked in forgotten pop culture, like Hairstyle Runner, which is just a Flash adaptation of those old Woolly Willy toys. You wouldn't see that on the app store, not without a pay-to-refill stamina bar. Nor would anyone try to sell the Astro-Lite, which is just a Lite Brite robbed of its tactile joy. These were animators seeing what this strange new medium could do. 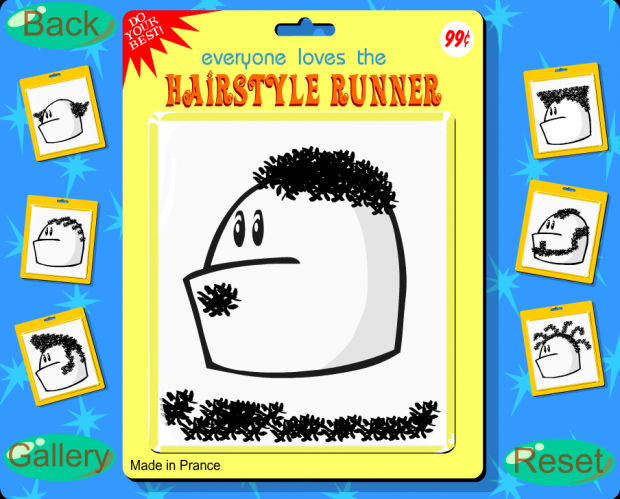 Then they hit all up ons the idea of Videlectrix, a duo of fictional game devs who this very website got an exclusive interview with in 2008. These characters, as incompetent as they were ambitious, seemed to free the Chaps to try weirder things, a Brechtian spell cast on the performers themselves. Suddenly they were making duck pond sims and challenging the player to balance pigs on their head.

The Strong Bad cartoons became peppered with allusions to ridiculous Videlectrix games, many of which were playable easter eggs. Three years before QWOP, 50K Racewalker went to the opposite extreme – with controls so simple you want to blow your brains out before you reach ten meters. 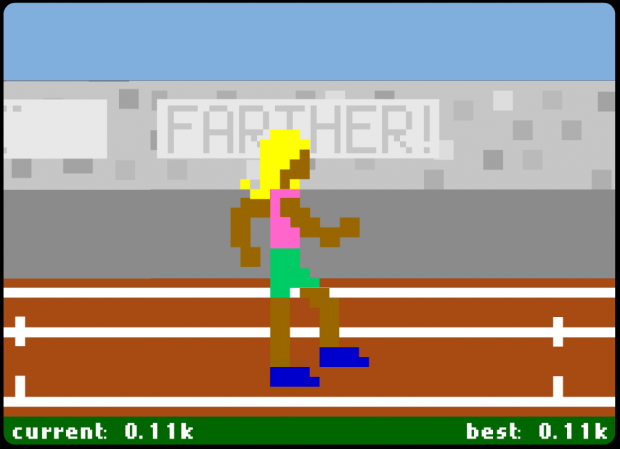 Videlectrix also produced Where’s an Egg?, a faux-Balkan logic puzzle where Stalin awards you a medal for violently reclaiming the titular egg. 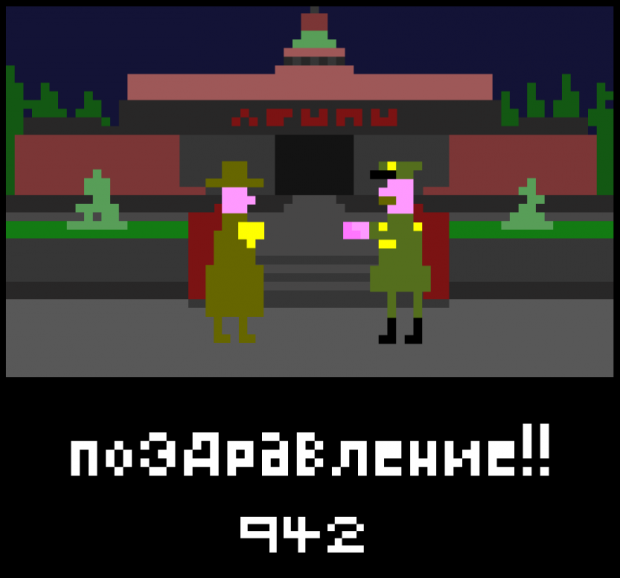 Many of these microgames are hidden in longer cartoons, and you can see them all in this list. There are those who will tell you that fun is the only reason to play a game. These people have never experienced the Videlectrix catalog. Some pleasures are hypothetical.

The Telltale game was surprising at the time. The Walking Dead was still just a comic and, outside of Half-Life, episodic content had largely been left in the 90s, with shareware and ninjas. The risk was characteristic of the Brothers Chaps, and it paid off. Strong Bad's Cool Game for Attractive People was a success for Telltale, and earned Strong Bad a place in their victory lap game Poker Night at the Inventory. 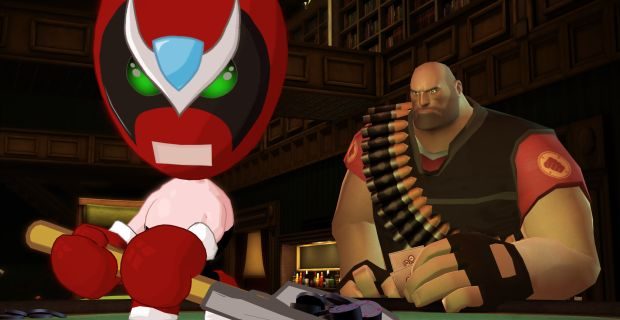 By December 2008, the Brothers Chaps were being asked things like, “What role do you see these games playing in extending the Home*runner brand in the long term?” They were no longer plucky outsiders, for the corporate world had found the eternal summer of Strongbadia. And Alexander wept, for there were no more worlds to burninate. 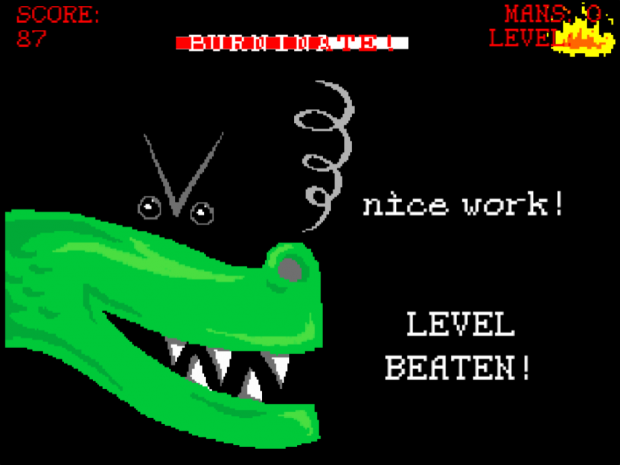 Professionalism and novelty are ancient enemies. Nothing as idiosyncratic as Homestar Runner lives forever. The Brothers have long moved into legitimate TV, like a pair of sell-outs with health insurance, running the Disney XD cartoon Two More Eggs, a series of shorts as surreal and obsessed with video games as anything Strong Bad ever made. However, with intellectual property - as in the philosophies of Buddhism, Jainism, and Digimon - death is but a transition into some new thing. You can't keep a Strong Badman down.