Thank Christ 2020 is over. While we'll be able to regale our grandkids with stories about toilet roll shortages and incompetent governments, last year would've been better if we were able to just do the things we'd all been planning to do.

However, now that we're a couple weeks into the new year, we know that things didn't drastically change at the stroke of midnight on New Year's Eve. The calendar might as well read December 2020 II: Once More With Feeling. But, look, we can all do our bit by just staying in doors with some lovely new video games.

While January is often light on big hitters, there are a few out this month that you should definitely keep on your radar.

If you like moving images set to words and music, you can have a watch of this video. But if you prefer text, then read on.

IO Interactive's barcoded baldy boy returns this month for the final entry in the developer's World Of Assassination trilogy. After breathing new life into the series with 2016’s Hitman, and hammering home the point in the wonderful sequel, the devs are once again sending Ian Hitman all over the world to do loads more murdering. The Agatha Christie-style English manor, the neon-soaked streets of Chongqing, the lavish Dubai skyscraper: I can't wait to visit all these locations and see my well-intentioned plans go up in smoke. I can always replay the levels to be a stealthy contract killer. And of course I will. This is Hitman. The levels are essentially elaborate puzzles with many different ways to get to the same solutions. Like a bloody Rubik’s Cube. You’ll be able to fire bullets and coke cans at whomever you wish in about a week's time. 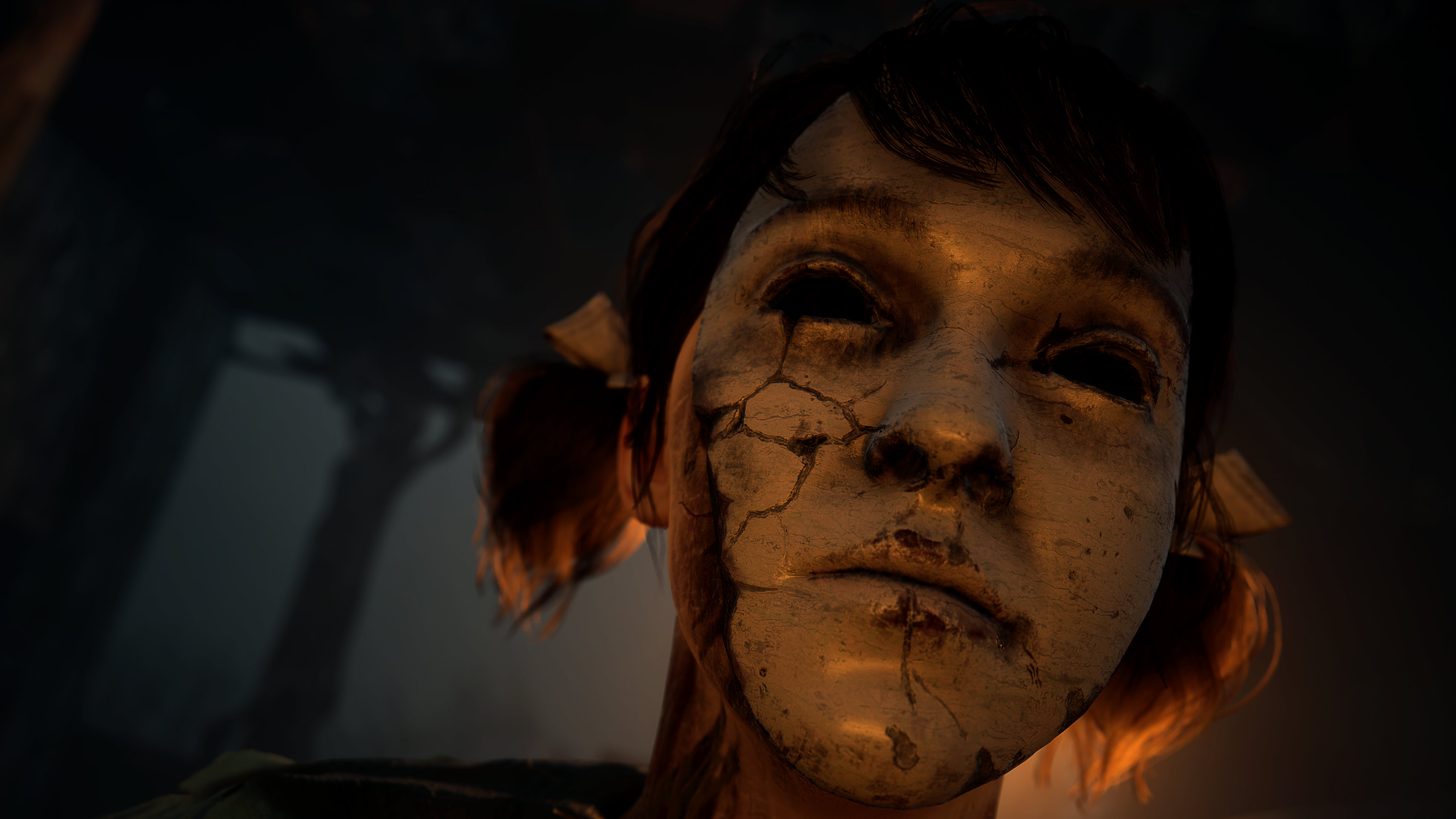 The studio behind Layers of Fear, Bloober Team, are back with Silent Hill-inspired psychological horror The Medium. This is probably their most ambitious game yet, as The Medium is played out in two different environments: the world of the living, and the world of the dead (featuring a creepy little girl who's slathered her face in melted down Milky Bars). Naturally, you'll have to navigate both realms in order to get to the bottom of what’s going on, solving some puzzles and outrunning some nasty monsters along the way. Fingers crossed the scares are up to snuff in this environment-switching effort. 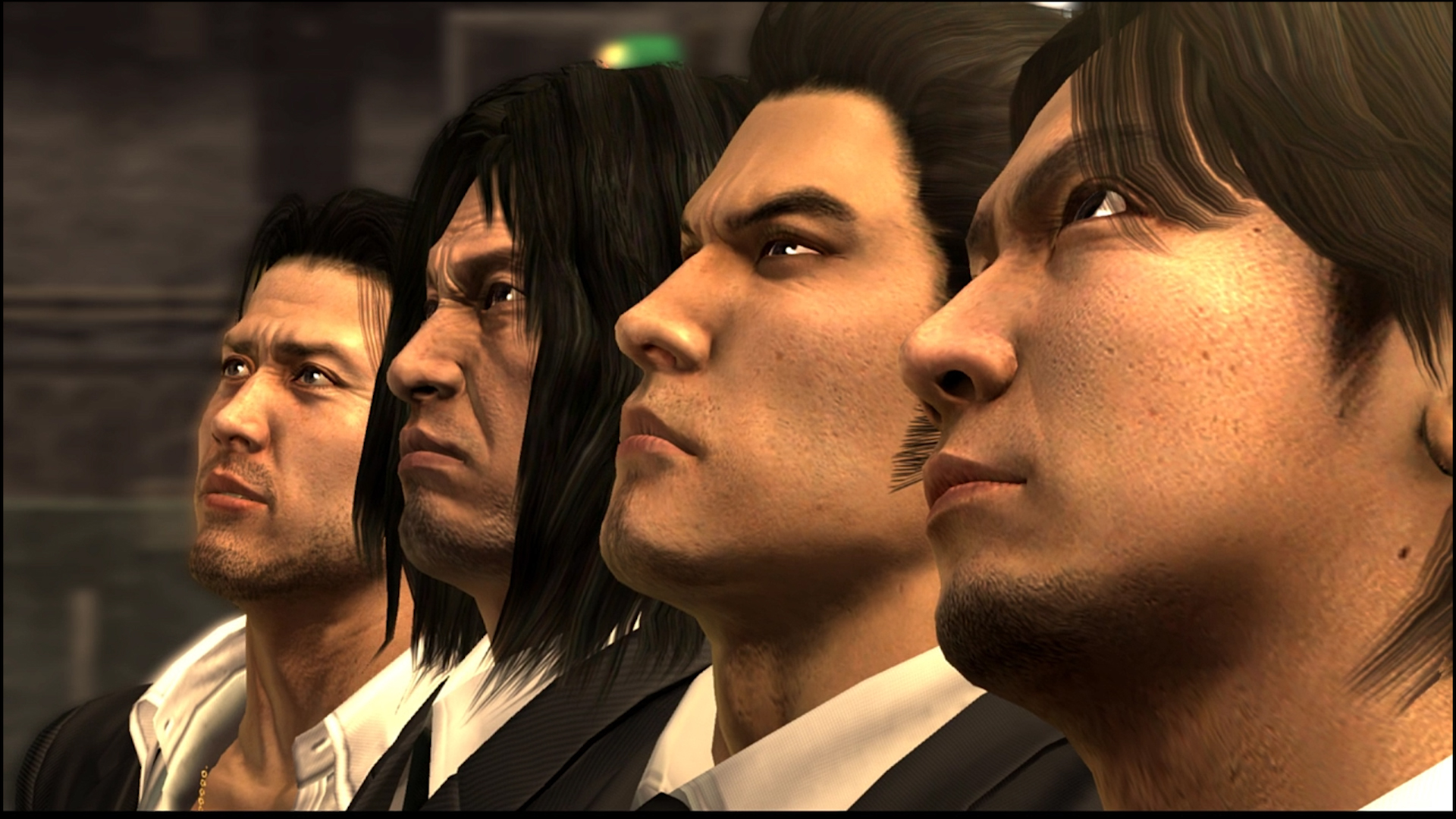 By now I'm sure you've rinsed Zero, both Kiwamis and Like A Dragon, so it’s time you filled in that OCG-shaped gap. Wonderfully, in 2021, you'll be able to do just that as the complete Yakuza collection (sans spin-offs) is coming to PC. While you'll have to wait until March to pick up Yakuza 6, the remastered collection launches later this month. If you're playing Yakuzas 3 through 5 for the first time, then it's worth remembering that these aren't remakes: they look nicer than they did on PS3, but they don't feature all the quality of life improvements that have popped up in the newer games. However, the heart, character, and batshit side quests should be more than enough to keep you entertained over the hundred or so hours. 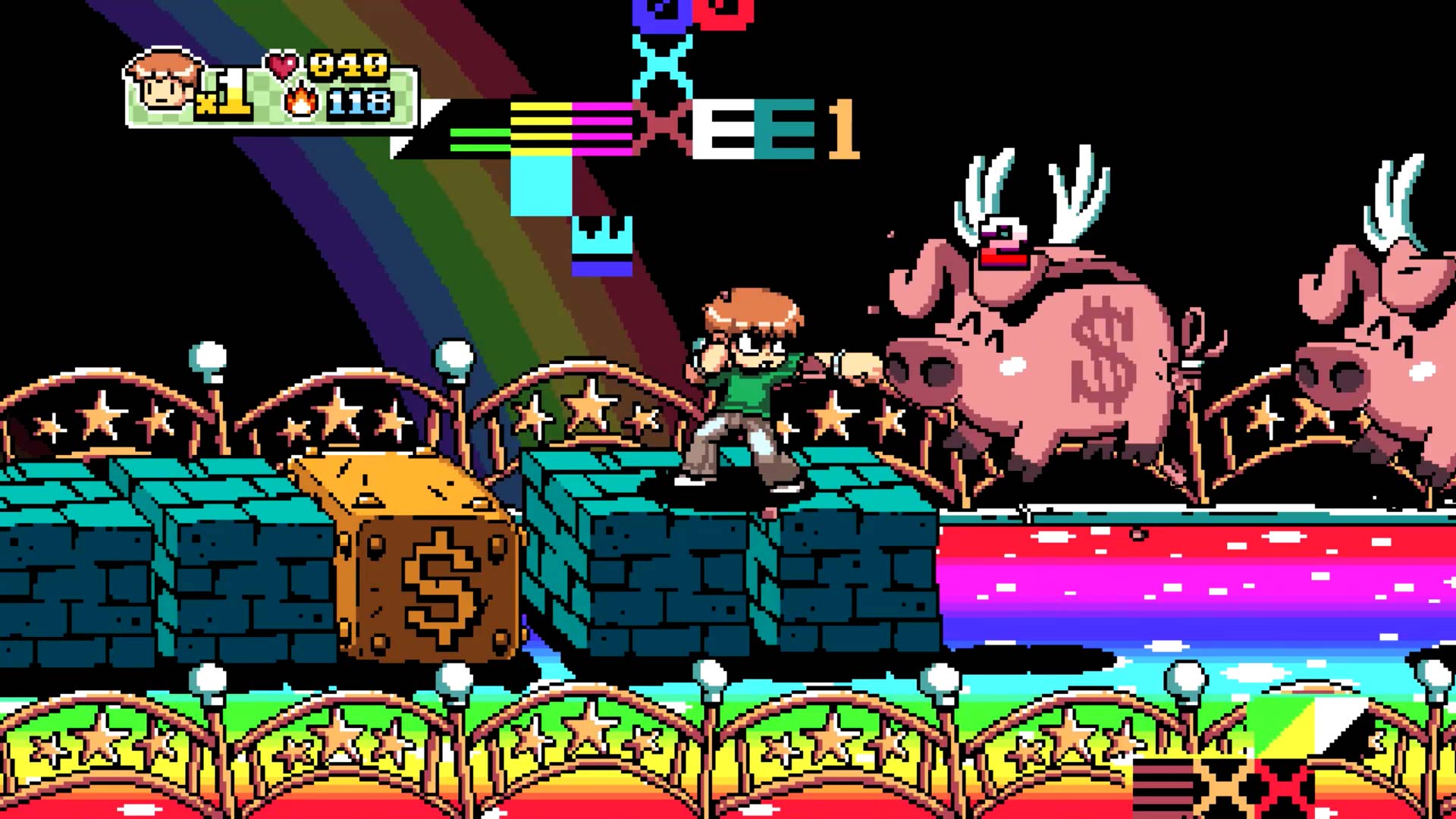 For seven long years, console players have been clamouring to get their favourite pixelated beat 'em up back on digital store shelves. Meanwhile, PC players have been left wondering if the game actually warrants the hubbub surrounding it. Everyone will get to see if Scott Pilgrim vs. The World: The Game would've been better off to stay in hyperbolic eulogies, as the complete edition launches later this month. As well as the base game, this version of Scott Pilgrim comes with two DLC packs that came out during the game's original release, online multiplayer, and some new mini games and modes. Hopefully, if you've been waiting a long time for this, it plays as well as the game you remember. 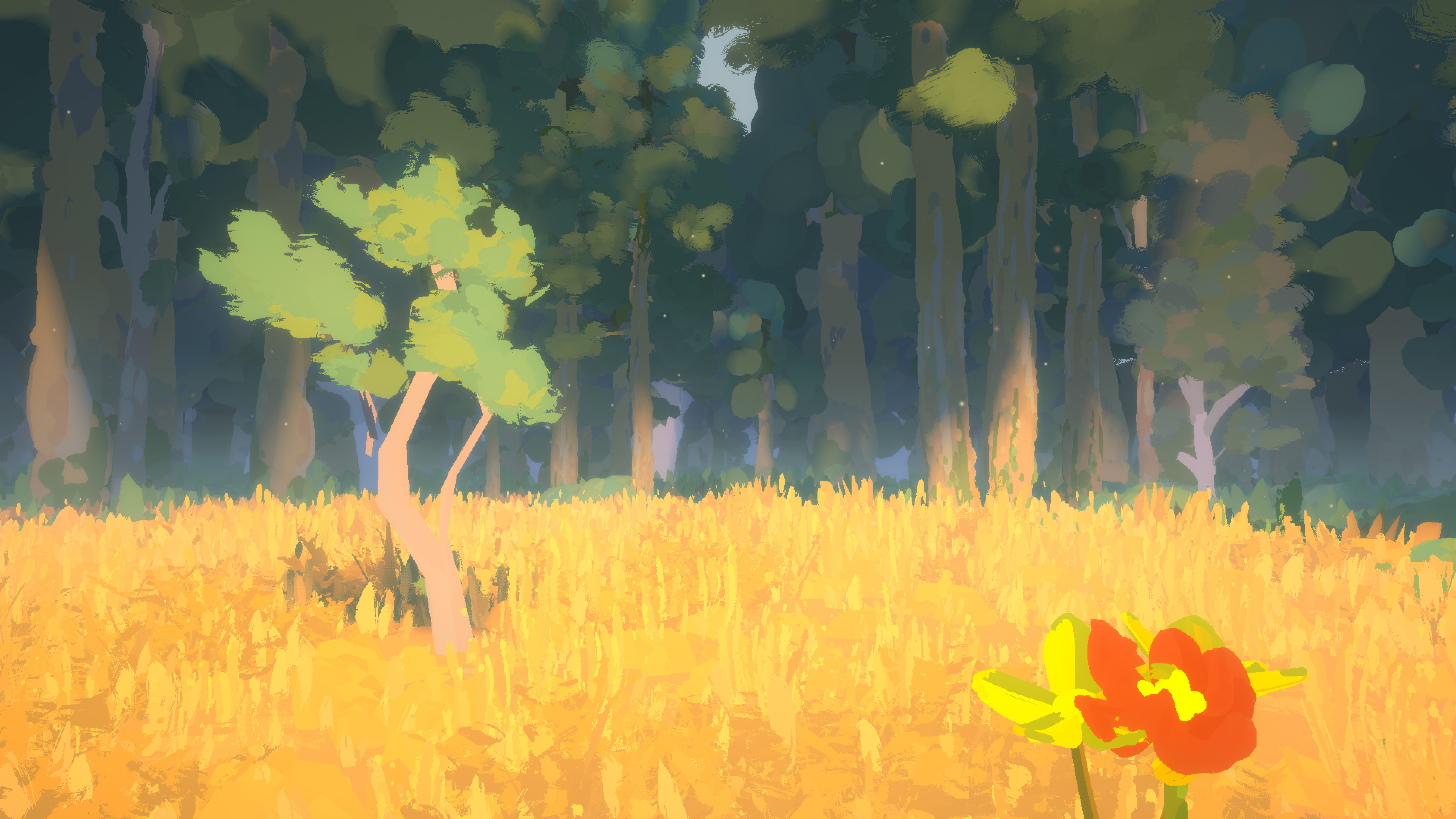 Does your heart skip a beat every time you hear the little BBC notification alert on your phone? Of course it does. You're human. So, if after approximately five years of extreme volatility, you're just looking for some calm, Sunlight could be the perfect game for you. By the sounds of it, the objective here is to simply relax. You're guided through a forest of harmonising trees for a half an hour, while you get to have a gander at some lovely hand-painted art. And, as far as I can see, that’s it. After 2021's rocky start, this might be the sedate video game you're looking for. 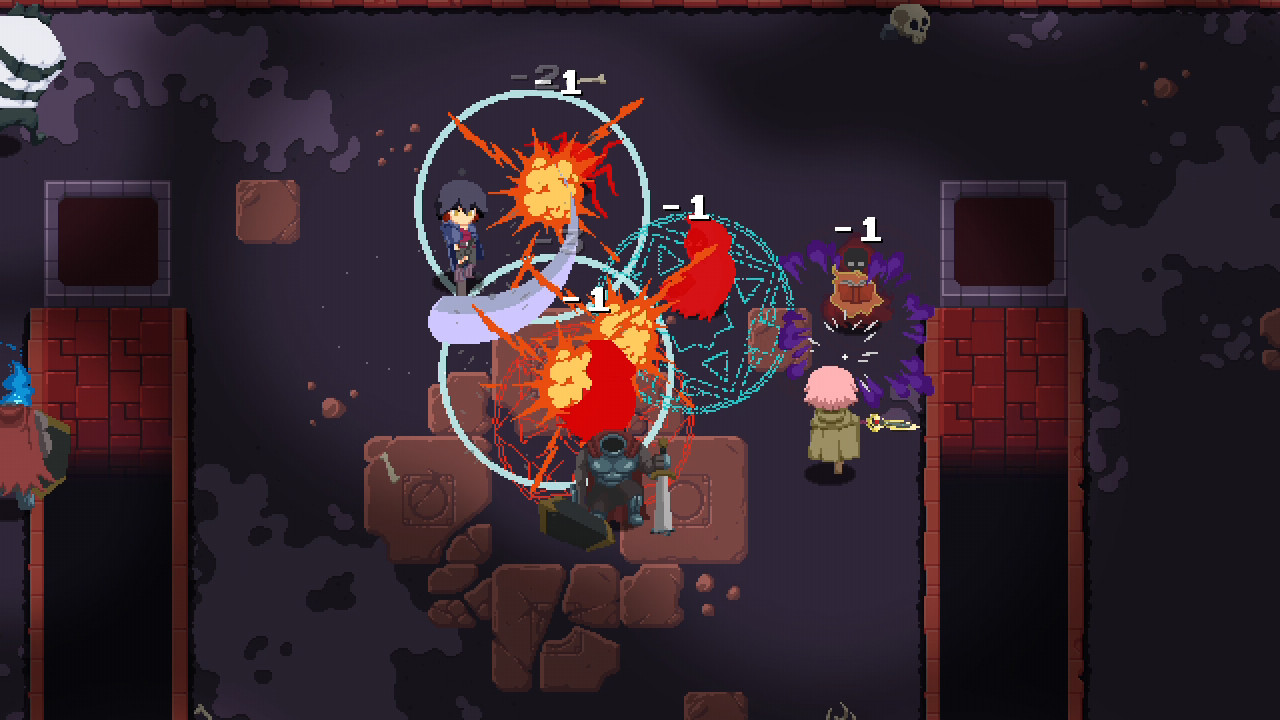 Sword Of The Necromancer (January 28th)

This dungeon-crawling, roguelike ARPG is all about resurrecting slain baddies to fight alongside you. Your sword is both deathbringer and lifegiver, as you can stroll over to any beastie you've just killed and bring them back from the dead. On top of your magic blade, you can only have three other items (yes, the sentient departed are considered "items") on your person at any one time, so choose your reanimated friends wisely. You do have access to other weapons to help you go deeper underground, too, all of which should be different thanks to the game's procedural weapon generation system. If you want to try before you buy, you can download a demo on Steamright now. 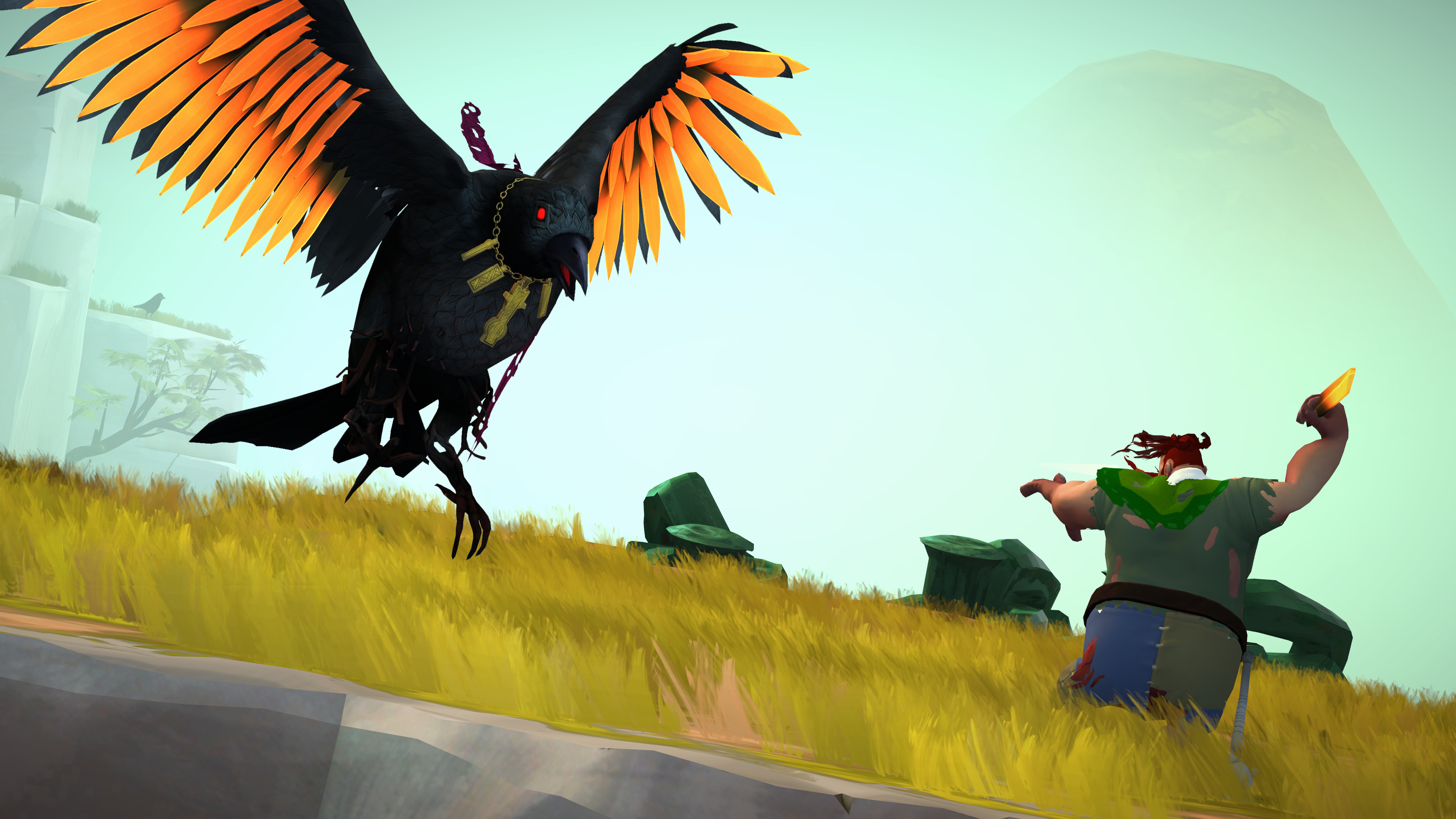 The name does a lot of the heavy-lifting for me, in fairness, but in Gods Will Fall you will go one-on-one with a load of different gods, and subsequently kill the bastards. Or you'll get captured while trying to carry out the hit. Don't worry, though, because you have eight randomly-generated warriors at your disposal – all with weapons exclusive to them – so if one of your lot finds themselves imprisoned, you can send another in on a rescue mission. And, while they're there, they can also do the important killing the gods bit. They'll have to, because if you lose every last warrior, this hack and slash game boots you right back to the beginning. And the dungeons are procedurally-generated, so no learning layouts, I'm afraid. Could be one for the masochistic crew to keep an eye on. 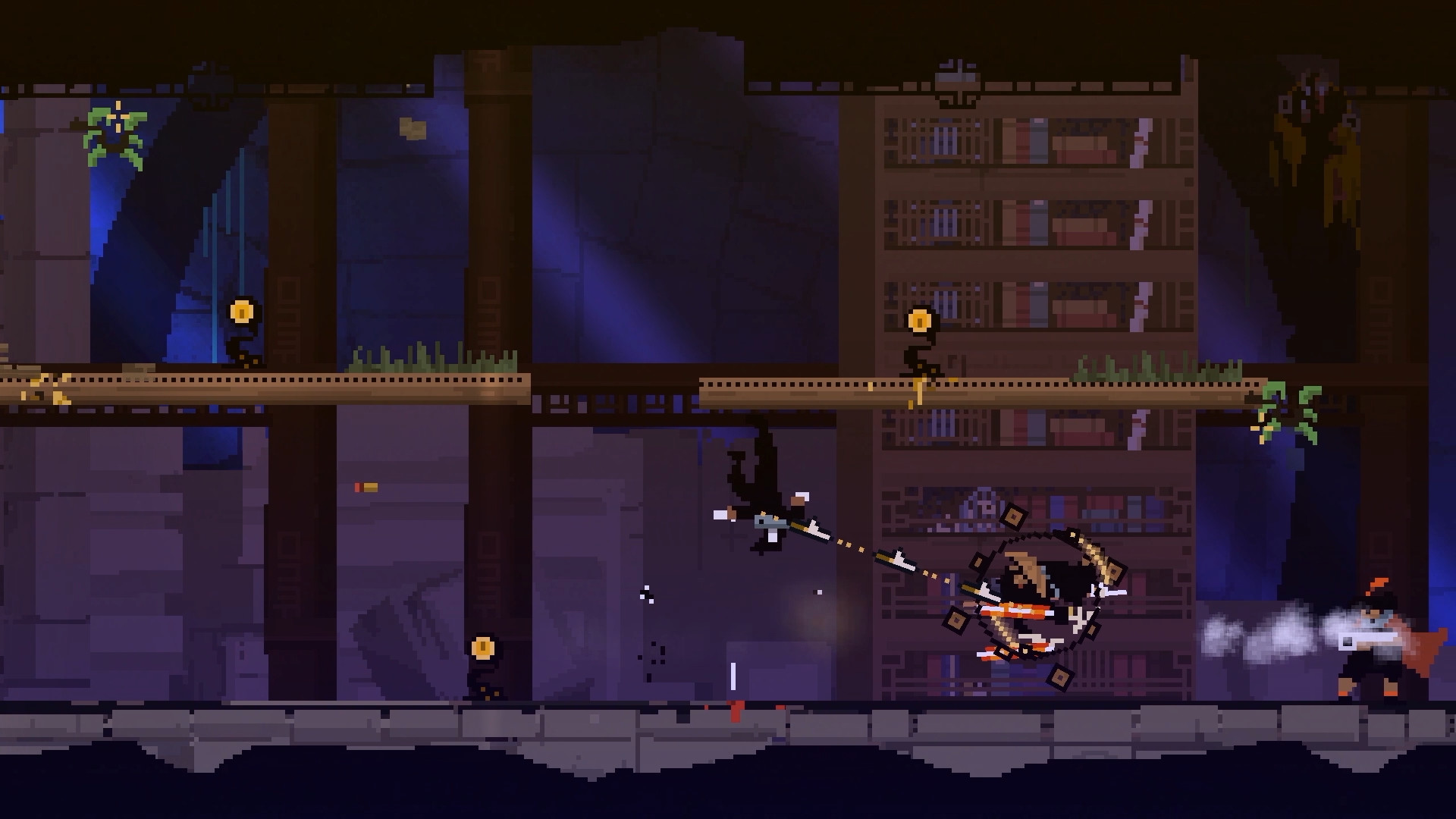 After playing the demo, I'm all in on Olija. This 2D action-platformer does one of my absolute favourite things in video games: it marries movement with combat. So, you have a harpoon that you can fire at enemies, but rather than walk a few feet to retrieve it after you've javelined the pointy end in someone, you can instead teleport to wherever the harpoon has landed. While it's undoubtedly great fun to stick sharp implements in others, there are sections where your enemy merely acts as a grappling point for you to progress through the world. It works so well in practice, at least in the short snippet I've played. Grab the demo on Steam now and see for yourself. 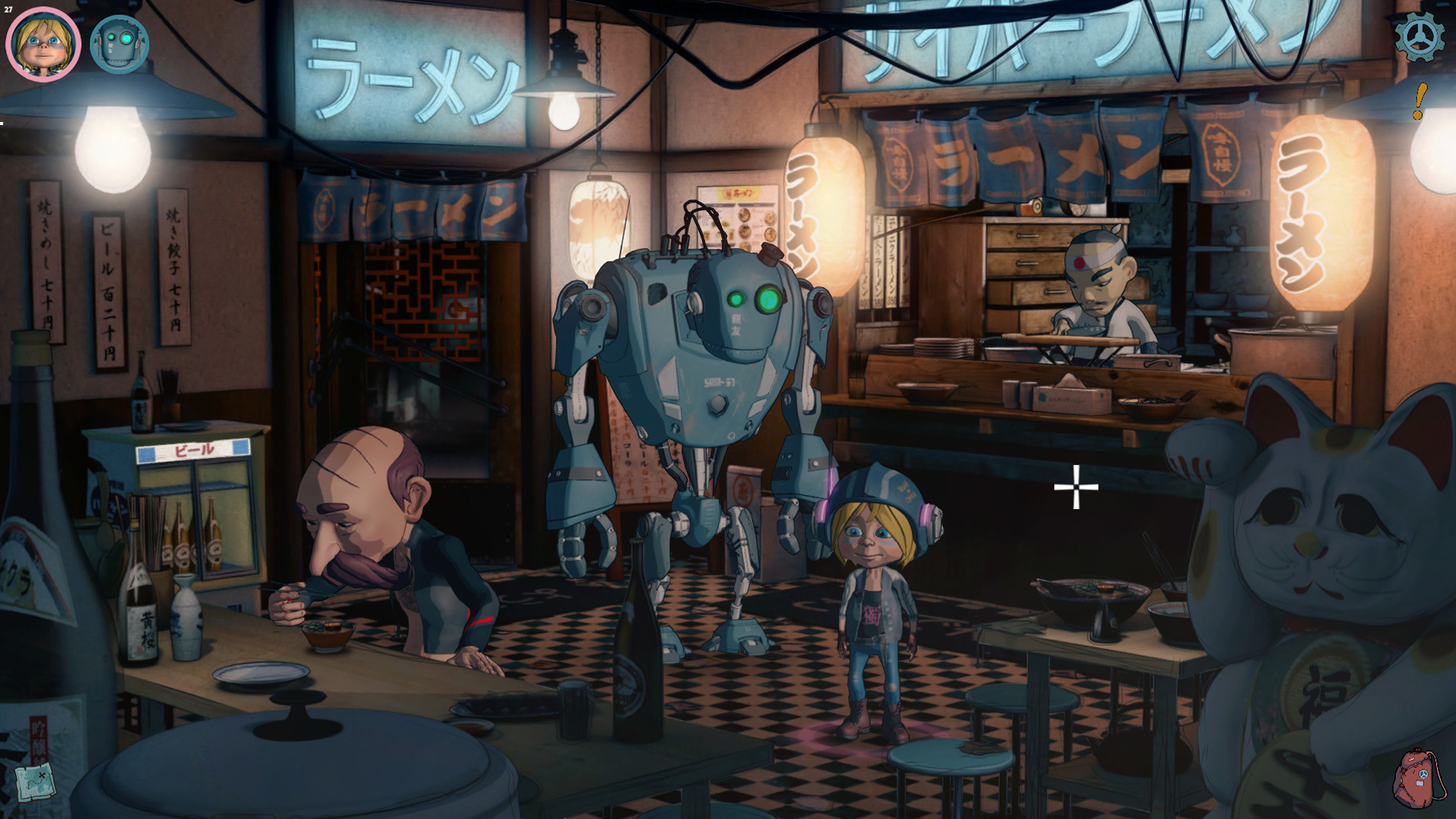 Encodya is a Monkey Island and Studio Ghibli-inspired point-and-click adventure set in a dystopic, cyberpunk Berlin. A little 9-year-old girl and her robot friend aren't keen on all that grey, so they want to transform the German capital into a paradise. As it's a game very much in the LucasArts mould, your mission to add a splash of colour to the city will involve a bit of MacGuyvering items together in order to solve puzzles. There are loads out there that would love to get stuck into a good point-and-click again, so hopefully this one will scratch the Threepwood itch that's been nagging away at so many for years now. 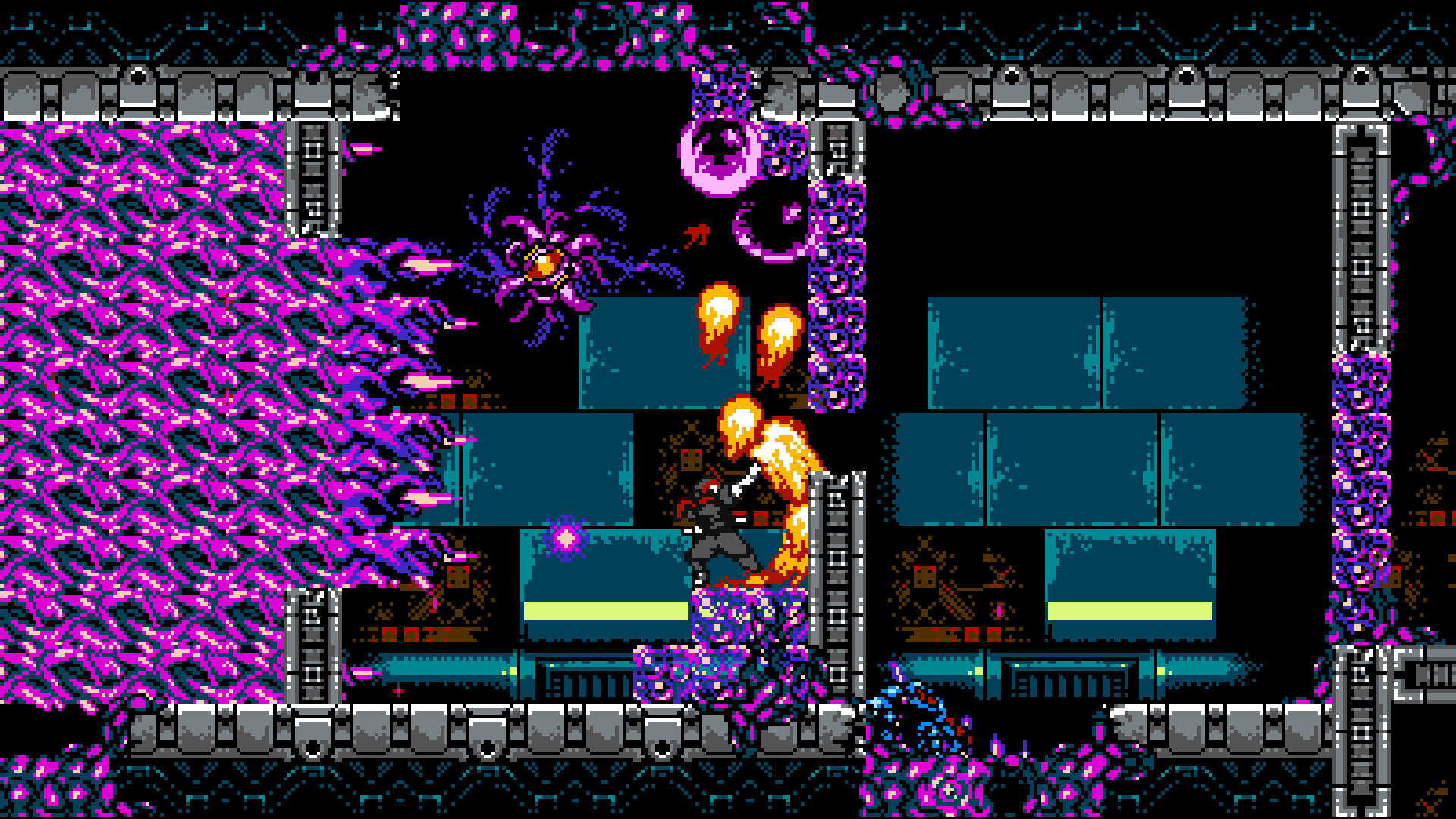 A bit Contra, and a lot Ninja Gaiden, Cyber Shadow is a retro-looking side-scrolling action game where you — an agile shuriken enthusiast and the last remaining member of your ninja clan — must slice and dice every last robot fella you come across. Incredibly, before Shovel Knight developer Yacht Club came on board to advise and publish, Cyber Shadow was just a one man operation! And what this one man has created looks fast, challenging, and super fun. Could be a sleeper hit when it launches later this month.

Whatever you end up playing over January, I hope you have a lovely time with it. But, do tell: what are you looking forward to getting your hands on this month? Is Agent 47's globetrotting adventure top of your to-get list, are you eager to give some classic Yakuza games a go, or do you want to play Derek Acorah in Bloober Team's latest? Let us know in the comments.