Zombopocalyptic steampunk RTS They Are Billions is in the final stretch of production, and developers Numantian Games reckon that it'll be done by June. Unlike many games leaving early access, they're not just tying a bow on it and pushing it out the door. Instead, they're bolting on a seemingly massive, branching story-driven campaign on to what is currently just a zombie horde survival game. In a big developer blog update today, they shared a shambling horde of details on the campaign's story, structure, how it differs from Starcraft or Age Of Empires and some Spanish screenshots.

They Are Billions is set in the 23rd century, two centuries after the zombopocalyse. Some of mankind survived by escaping into a gigantic meteor crater, where the last city has devolved to just slightly beyond medieval technology. The campaign has players starting out by establishing the first new colonies outside the crater armed with just bows, rifles and housing the settlers in tents, with nodes on the research tree unlocked between battles. It sounds a bit like Starcraft 2's unlockable upgrades, but with more options, and a greater focus on earning research points on missions. 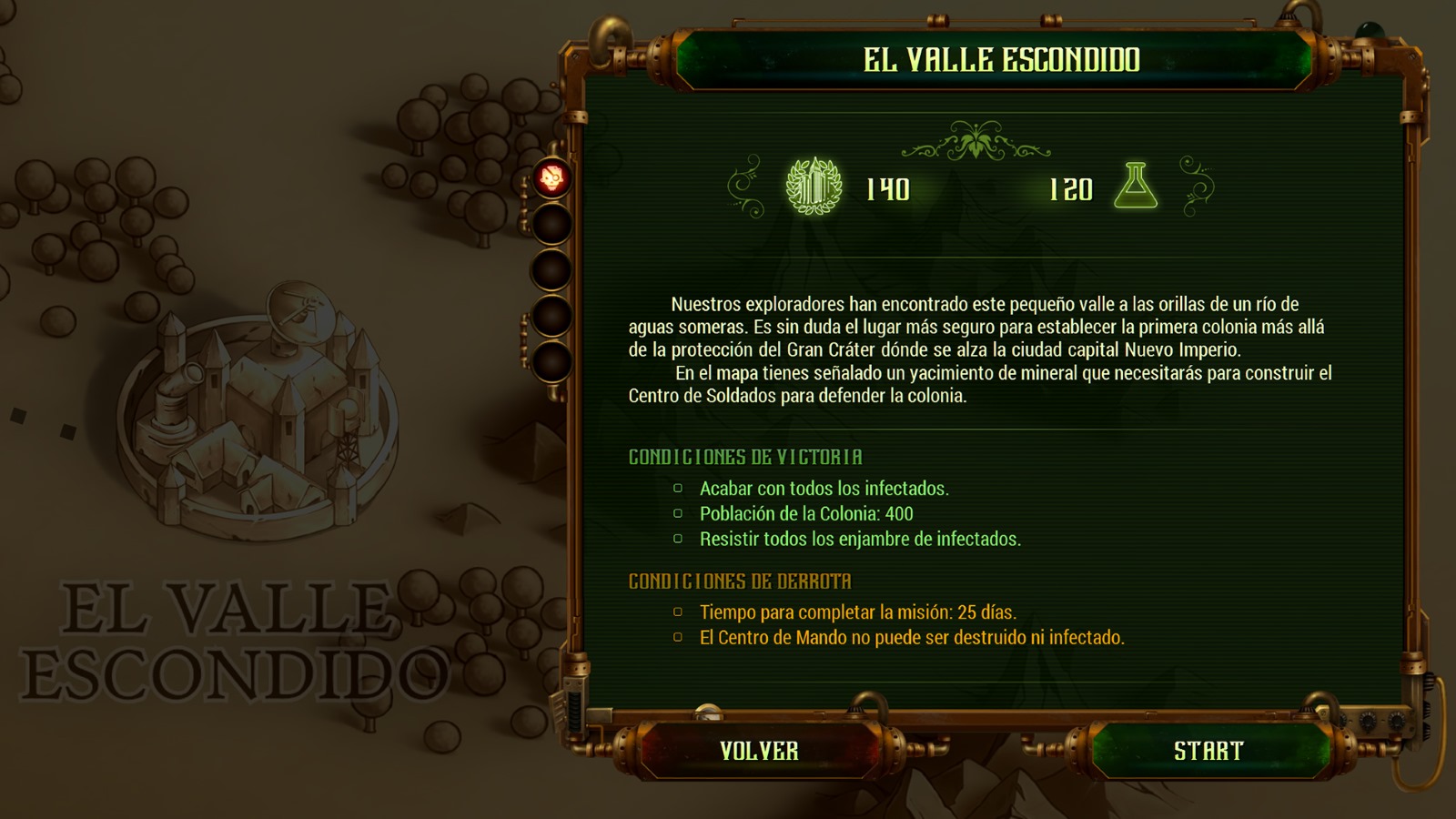 Once you've escaped the crater, more mission options will open up. While semi-scripted and with specific victory conditions per map, Numantian don't want to get too far away from the strategies people got used to in the survival mode, at least in regular missions. This means broader mission objectives, but the player is left up to their own devices in completing them. There will be more scripted tactical missions set in abandoned human strongholds, plus "Swarm Attack" missions to clear hordes from the world map, although they're saving details on those for another time.

They also talk a bit about campaign difficulty. You can pick what difficulty to tackle each mission on, and each individual mission is played Ironman style, with players able to save and quit, but only resume - no rolling back to earlier points. If you do get wiped out on a mission, you're free to try again but your end-of-mission score (just for bragging rights) will take a hit. Of course, playing on higher difficulties will increase your final score. There's 50 missions, and they estimate it'll take around 40-60 hours to finish. While maybe not literally billions, that's a whole lot of zombies.

If all goes to plan, They Are Billions should launch out of early access in June, although Numantian say that elements like cinematics, voice acting and translations may take longer. There are also new map types, units and structures headed to Survival mode near launch. They Are Billions is currently 10% off on Steam and costs £17.54/€20.69/$22.49, with plans to raise the price at release.