Imagine being a PR today. "HELLO PLEASE STOP LOOKING AT BEYONCE RESPLENDENT IN MANY FABRICS AND COVERED IN BABIES AND PLEASE LISTEN TO THINGS ABOUT THE DARK ELVES BEING IN TOTAL WAR: WARHAMMER II."

I thought I could pay attention to both but then I realised I was about to report that Sir Carter and Rumi were secret extra new factions in the game. Their special powers would be "being swaddled" and "enjoying what might be decorated hedge mazes". I would play far more Warhammer if there were hedge mazes and tulle netting and Beyonce. I suppose I will now tell you about the Warhammer stuff even though ALL ELVES ARE THE WORST otherwise Alice will be all "Why is there no mention of a videogame in your videogame news post?" Let us look at a video of the newcomers to Total War: Warhammer II [official site]

"Even the noblest warrior casts a dark shadow, and so it is with the race of Elves. The High Elves may be paragons of virtue, but their closest kin represent all that is foul and depraved in the Elven soul.

"Led from the obsidian wastes of Naggaroth by the Witch King Malekith and his sadistic mother Morathi, the Dark Elves are hell-bent on the humiliation and destruction of their orderly brothers, and ultimate control of the Great Vortex in Ulthuan. 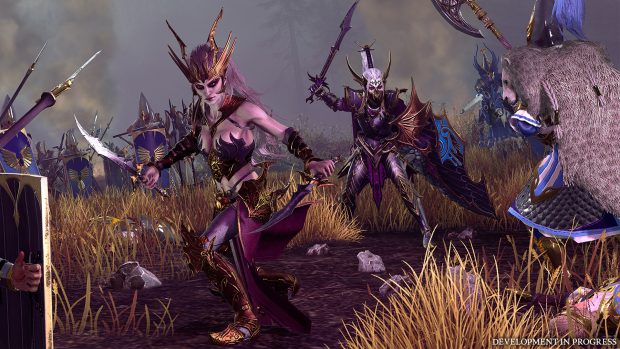 OH MY GOSH imagine if Morathi and Malekith had done a fabric-stravaganza and hedge maze realness photoshoot.

"The third of Total War: Warhammer II’s four playable races to be revealed so far, the Dark Elves offer a ferocious new gameplay style. Swift to strike – and brutal to a fault – they're capable of tearing down an enemy's defences in a trice, provided they sustain their Murderous Prowess. However, a Dark Elf leader must preserve his alpha status in the eyes of his lesser generals and keep an iron grip on their loyalty, lest their self-serving, glory-seeking nature leads to treachery!"

The mysterious fourth faction is still a tightly guarded secret, with no-one from the studio prepared to turn rat and leak the details. 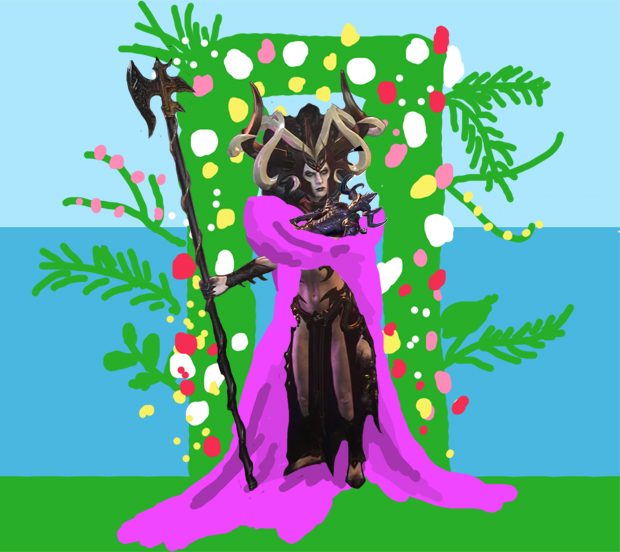 Totally Warhammers The Sequel is out 28 September.