95% of Assassin's Creed Odyssey players kept subtitles on, Ubisoft have revealed, and 50% of The Division 2 players are currently playing with them on too. These surprising statistics and more come from a wee tweetblast this week confirming that yes, subtitles are hugely desirable even in murdergames. Even as someone who often plays with subs on, I'm surprised by the numbers shared by David Tisserand, an accessibility project manager and user research fella at Ubisoft Montreal. Subs: they are good. Subs in video games: they could be better. Conclusion: more and better subs, video games, please and thank you.

David Tisserand posted a wee Twitter thread on Tuesday as a follow-up to earlier Ubi information-sharing. In 2018, the company said around 60% of Asscreed Oranges players turned the subtitles on. Now he has many more numbers to share about newer games.

In Far Cry: New Dawn, where the subtitles are on by default, around 97% of players didn't turn them off. That doesn't mean 97% of folks made a decision to use subtitles, but it's still impressive. New Dawn is a good demonstration of Ubisoft's modern subtitle options too, including backgrounds for text, directional subtitles pointing out important sounds, and text sizes. It's good. 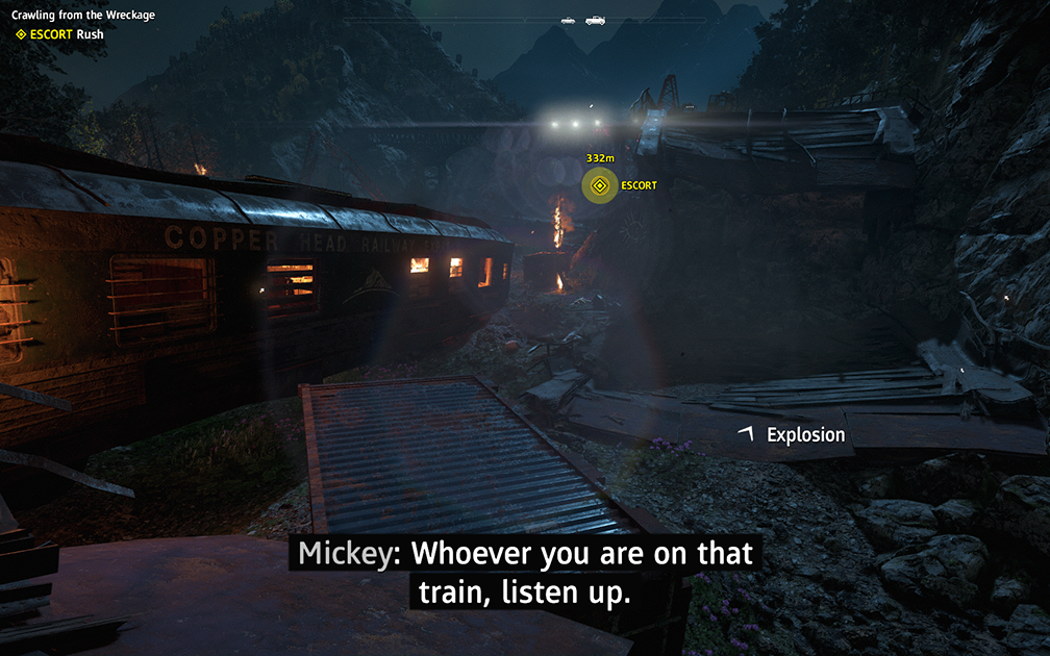 Its follow-up, Asscreed Oddo, also had subs on by default. Tisserand says 95% kept them on. (Decade-old hot take: Italian voices with subtitles is the best way to play the whole Ezio saga of Assassin's Creed 2.)

Towards the less-storyish and more-murdersome end of the spectrum, The Division 2 has subtitles off by default but Tisserand claims 75% of players have turned them at least once. 50% had them on at the time he tweeted the tweet.

I do wish Tisserand had said more about the source and accuracy of all these numbers, but the overall picture seems clear: many people will use subtitles. It's unfortunate that accessibility features so often need to be sold as a good idea from a business perspective, but if that helps, hey, look publishers, statistics.

While I have a touch of tinnitus in my old age, I don't strictly need subtitles myself. But I live on a busy road, I'm often gabbing on Discord, I may have music or the telly or radio on, my phone is bing-bonging, my attention wanders, I can't believe the character said something so stupid and need to double-check... I like having them.

Tisserand prompted readers to check out Subtitles Are Changing, Don't Be Left Behind, a talk by Ian Hamilton at the 2019 Game Developers Conference. I have not seen that. I will watch that.

"Subtitles matter to everyone," Tisserand ended his thread. "We hope it helps spreading best practices throughout the industry."