Oh, we all love an underdog story. Fantastical Advance Wars-alike Wargroove had its fair share of politicking and magical horrors, but what were these Outlaws doing all over the place? And why did they care so much about pastoral macroeconomics? Wargroove's upcoming free update, Double Trouble, is bringing the cannon-fodder bandits into the spotlight, ditching fantasy warfare for a cooperative heist adventure.

Double Trouble's big new addition is an entirely new story campaign. While, yes, you can play it solo if you must, developers Chucklefish have designed it for play with a chum, whether they be human or artificial. As the meddlesome Outlaws, you'll have two new units to field. Thieves can be used to siphon gold from foes, while Riflemen are men with rifles. Shocking, innit.

A new army needs new heroes, however. Chucklefish have already shown off two (three?) of the three (four??) new Outlaw Commanders arriving with Double Trouble. Absolute beard dad Wulfar and the terror twins Errol and Orla, who are inseparable to the point of mechanically counting as a single person. Today's announcement adds a final commander to the roster, the devilish Vesper.

A buff lass with a whip and a smirk? That's a look. 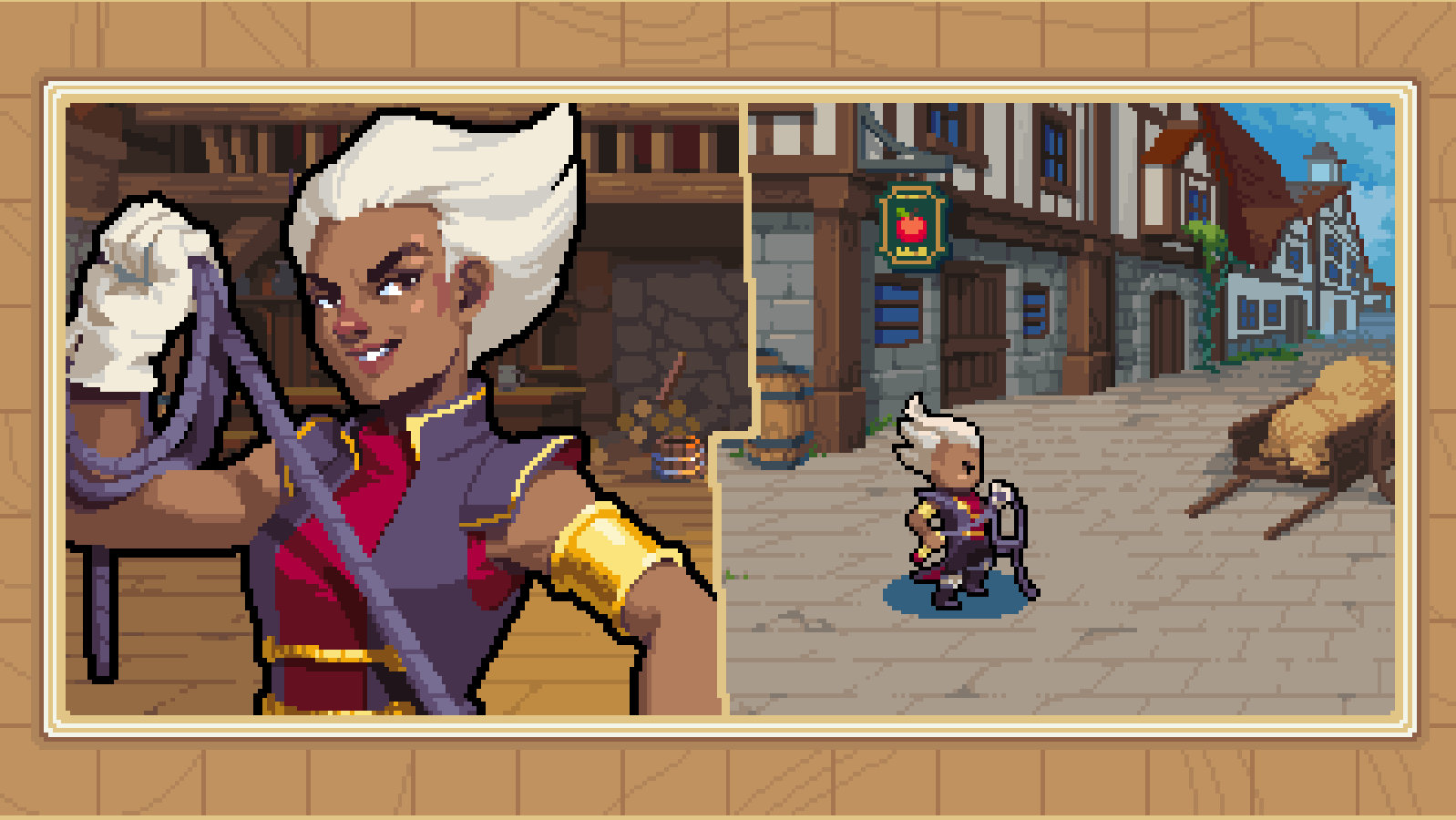 The free update also adds a bundle of new features for the map editor. Between altering unit stats, map states and support for tracking values, it sounds like you'll be able to create much more complex scenarios to test your armies against. Custom maps are about to get a little spicier, too, with new volcano biomes. Hot.

Double Trouble is joined by the usual fare of balance tweaks, the full changelog of which can be found on the Double Trouble announcement page. Most important of all, dogs now cost 50 gold coins less than before. An absolute bargain, if you can find a landlord that'll let you keep pets.

Brendy found Wargroove to be faithful to a fault in his review, but still considered it a brilliant little strategy game in a relatively untouched niche. The more cutesy tactical puzzles the merrier. Chucklefish aren't quite ready to let slip a release date for Double Trouble, but it sounds like we'll get one sooner rather than later.