I spent a good part of the weekend exploring The Outer Worlds. Just pottering about, as you do, looking for space adventures and feeling bad about the dead sprats (until I met a large and angry one, and now they all need to die). I also spent some of that time changing the game to my liking, and what I couldn’t do in the settings, I did with some ini tweaks. I have cast aside my intro videos, debloated the HUD, and given mouse acceleration the old heave-ho.

As with most Unreal Engine games, you can make the intro videos vanish. I wouldn’t delete the videos as they tend to get patched back in. The best way to do so is to find the game.ini file in located at %LOCALAPPDATA%\Indiana\Saved\Config\WindowsNoEditor\ and add this line:

If that makes you fret, you can also just download this and drop it in that folder. It’ll do the same job.

The next tweak I added was was to the HUD. It was too busy for my liking, and thankfully there’s a customisable file on The Outer Worlds Nexus to help with that. HOWEVER, you should tweak it as it does away with some useful elements, like the weapon ammo count. And it’s worth backing up the original file so you can restore things. So grab it from here. The mod does stuff like hide the enemy health and awareness indicators, removing a giant pile of player status indicators, and more. Anything on the HUD is fair game.

Before you unzip and drop the file into %LOCALAPPDATA%\Indiana\Saved\Config\WindowsNoEditor\, open both it and the readme with it. All the listed changes are in the readme, which makes it easier to find and fix the ini files changes. I changed

To restore the ammo count. All the other changes are fairly self-explanatory. Here's what my HUD looks like now. 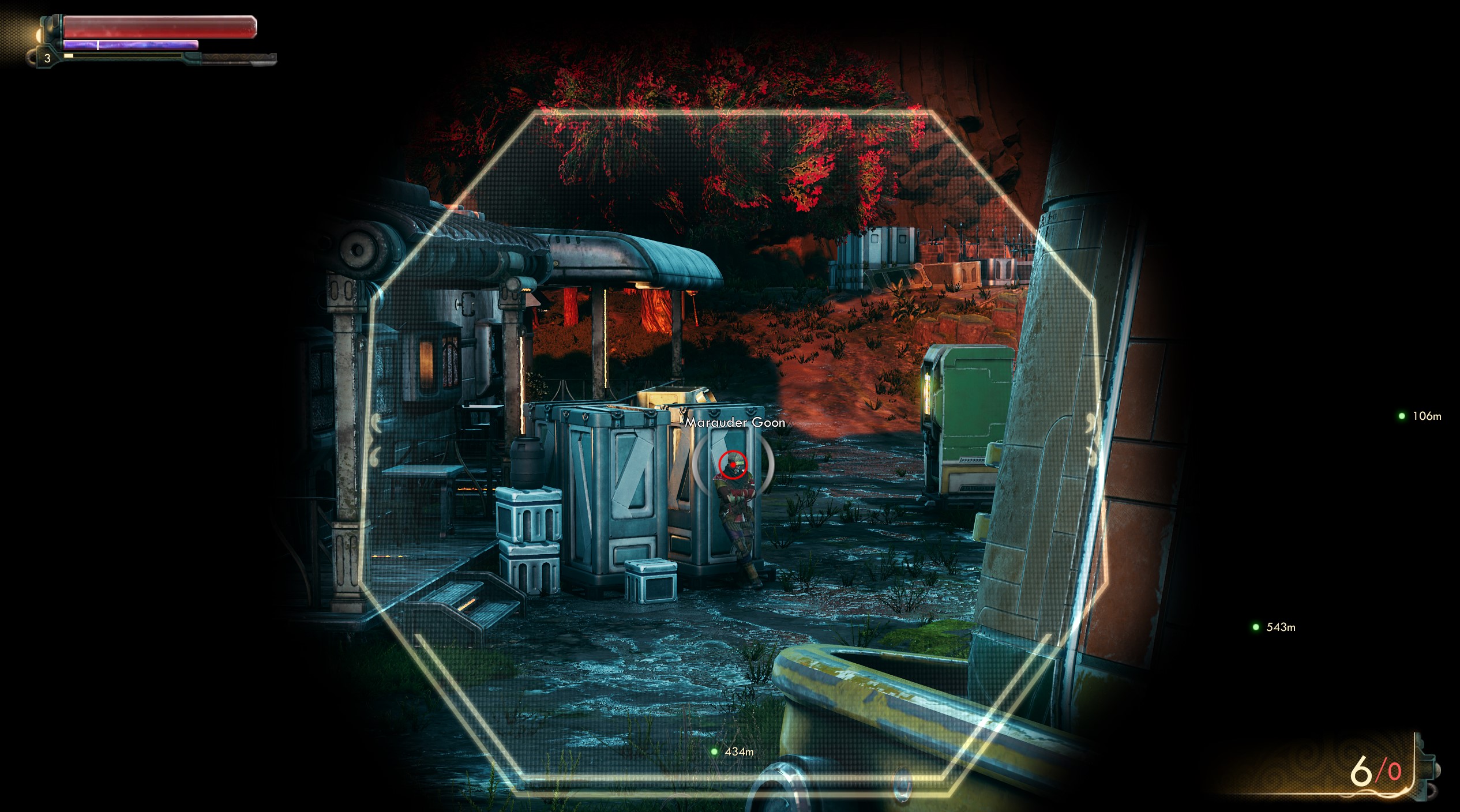 Another download that changes a large number of variables is the tweaked Outer Worlds. It will disable a bunch of effects (motion blur, depth of field, etc.) and disable things like mouse acceleration and mouse smoothing. I initially grabbed it because it also increased the render distance, and that's what I live for. It also gets dropped into %LOCALAPPDATA%\Indiana\Saved\Config\WindowsNoEditor\

These should make the game a tad smoother, and a wee bit more responsive. If you get hooked on all this ini hacking I'd urge you to poke around PCGamingWiki's page on the game. You can get pretty specific with your changes, if you're brave enough.