Remember that strider from the previous Freelancer mission? Apparently it never arrived at its destination. Something is very fishy about the whole situation and Yarrow wants you to find out exactly what's happened. Chances are though, he's not going to like what you'll have to report. 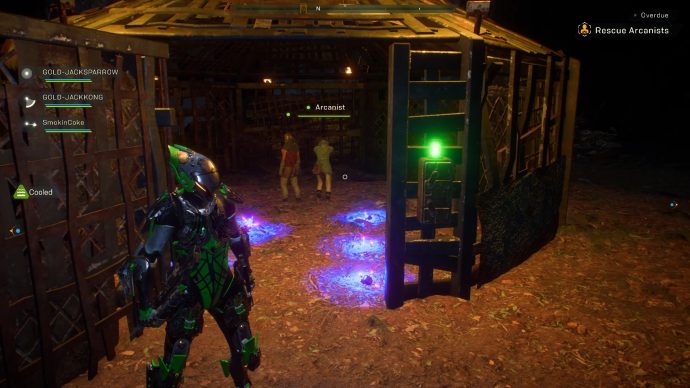 Head to the last known location in order to find a group of Wyvern. Search through the tracks and trail  left by the strider using your radar, while shooting down the Wyvern. Once you've found all four, it'll soon become clear that this isn't the first strider affected by what's happened. Head to the waypoint through the tunnel above you to locate a Scar camp. Kill all the Scars in the area, which do include some Scar Scouts that should be prioritised. More will spawn into the area, including a couple of Hunters and Enforcers.

There are two prisons to open that contain Arcanists who say they were sold to a fearsome Scar. Follow the ring trail to another big Scar camp full of insects to take out. You should also take out the Scar Hives to prevent more of them spawning into the area. One of them will reveal a manhole leading to a lair. Go down it and into the next area. 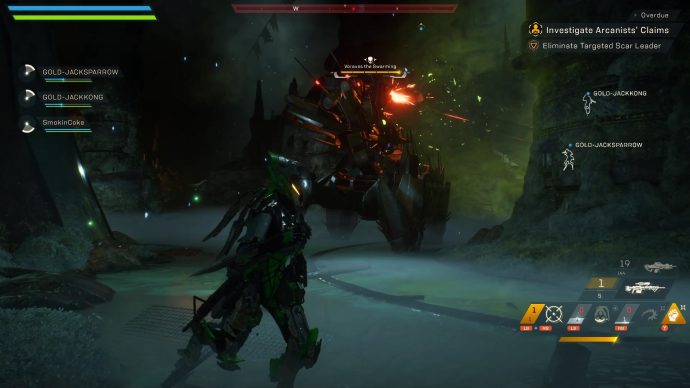 A signal will immediately be appearing in your radar, so follow it deeper into the lair. Enemies will be around it, but you should then see a massive walker mech spawn in. This is Voraxes the Swarming, an armoured enemy that has an assault cannon mounted on the top. A coordinated assault of acid attacks should be plenty to take it down. After he is taken down, Yarrow makes a rather unfortunate discovery, recalling you back to Fort Tarsis.

Just a reminder that you can always head back to the Anthem Missions hub to find the mission you are looking for or head back to the previous main story mission: Anthem Incursion. This next bit is... well... tedious. You'll need to find the secrets in our Anthem Tomb of the Legionnaires guide.