While Arcanists will take any help they can get, Sentinels are much more wary about obtaining help from the Freelancers. They see them as unreliable mercenaries only interested in glory. Brin - one of the more junior Sentinels, wants you to investigate a reported Scar presence at a nearby Arcanist base. This one is a nice and short mission considering the complexity of the story missions thus far, but is required to be completed in order to progress the story. 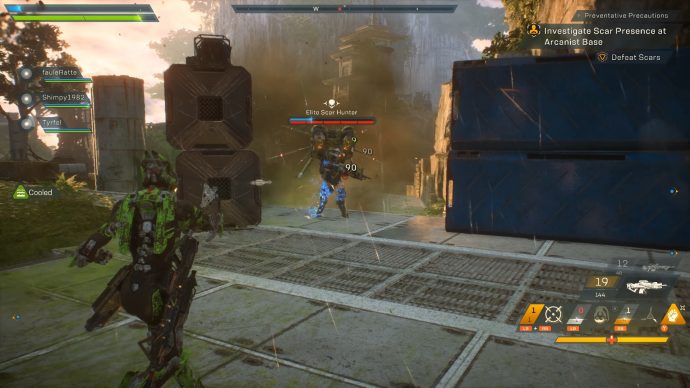 Take to the skies and head to the base. It's overrun with many Scars, including tougher variants like Hunters and Enforcers, so work with other freelancers to take them down. It's far easier to take on this mission with other people, so be sure to squad up. There are elite versions of enemies in this mission, which will be harder variants of previously seen enemies. They're not as tough as the legendary ones, but they know how to take a punch. Among these elite enemies, I came across an elite Scar Hunter, which should be the main focus of your assault.

You'll then need to find the missing Arcanist machinery. Head to the next area and use the radar to sift through scrap. You may find some remnants of Scar around, so exterminate them if needed. After three of these have been rifled through, it becomes clear that the Scar have taken it. Enter the nearby cave and fly through until you see the Scar. Kill them all and Brin will tell you to recover the fragments lying around. 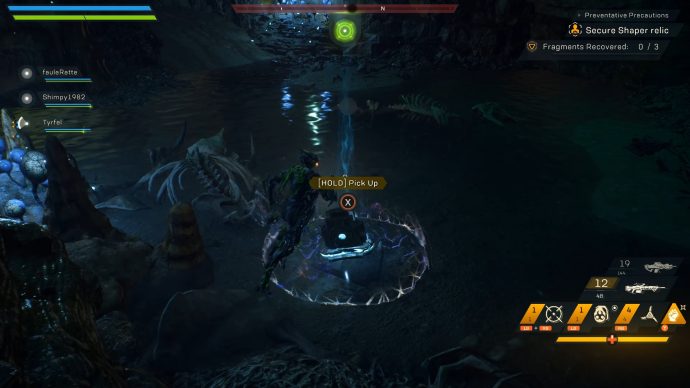 These fragments are part of a Shaper relic. You can only carry one at a time and you're not able to fly if you're holding one, so commit to transporting it back to the Shaper relic once you pick one up. As you are doing this, the relic will be churning out Skorpions for you to kill. Once you've successfully shut down the relic, the mission will be over.

Just a reminder that you can always head back to the Anthem Missions hub to find the mission you are looking for or head back to the previous main story mission: Anthem Incursion. There are two other missions to sink your teeth into before heading back to the main objectives. To help your fellow Freelancers out a bit, take on the Anthem What Freelancers Do Agent Quest guide, or to aid the Arcanist Matthias instead, just head to the See in the Dark Agent Quest guide.