Pathfinder may not look all that swift, but prepare to be flummoxed, because he is in fact one of the most mobile Apex Legends characters out there. As possibly the character with the highest skill ceiling in the game, it's a no-brainer that we compile this Apex Legends Pathfinder guide, fully updated for Season 10, which will take you through each of his abilities one at a time and explain how and when you should be using them.

Pathfinder is all about mobility. Key to his success and popularity is his Grappling Hook, which gives you a unique and versatile form of mobility and travel. There's a great deal to learn in particular about using the Grappling Hook correctly, but once you've mastered it, there are few options better both for escaping and initiating fights. While his Passive leaves much to be desired, his Tactical and Ultimate both should be used as often as possible to take advantage of Pathfinder's movement-based prowess.

His main downfall is the fact that you'll often find yourself split off from your teammates (which is how Pathfinder should be played, but it can lead to issues where your teammates are unable to save you if you get into trouble). The only thing you can do to make up for these weaknesses is to emphasise mobility and quickness, using your abilities as much as humanly (robotly?) possible. A skilled Pathfinder is an absolute menace to go up against, but even a very skilled Pathfinder if knocked will be a huge detriment to his team if he is not in a position to be revived by his allies.

Pathfinder, like every character in Apex Legends, has access to three abilities. While his Passive is fairly straightforward and honestly quite mediocre, his Tactical is one of the most useful (and by far the most fun) abilities in Apex Legends, and, combined with his Ultimate, can lead to some devastating repositions and flank attacks on enemy teams.

Insider Knowledge is an extremely straightforward but useful passive which permanently reduces the cooldown of your Ultimate ability by 10 seconds every time you scan a Survey Beacon, down to a minimum of 60 seconds from its initial 120 seconds.

There are no real tips to speak of here: it's just a nice little incentive for Pathfinder to scan Survey Beacons, and it also means that Pathfinder should be the priority when scanning Survey Beacons, as he benefits from it more than any other recon Legend. 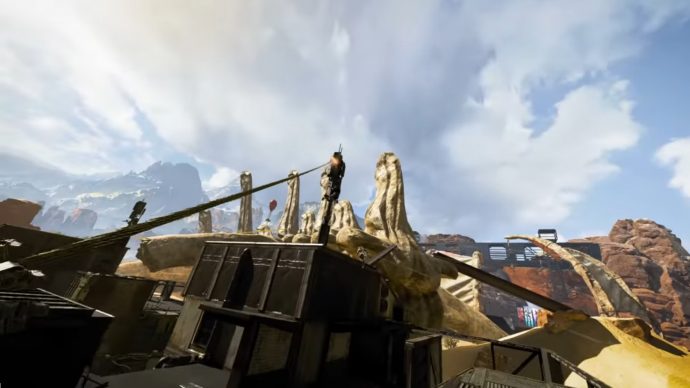 One of the most complex and high-skill-ceiling abilities in Apex Legends, Pathfinder's Grappling Hook attaches to a nearby object or piece of terrain and pulls Pathfinder rapidly towards the point of contact. The key is that Pathfinder's momentum is also taken into account, so you can force the swing to happen in a wide arc rather than a straight line by moving perpendicular to the grappling hook line. This allows you to be thrown a greater distance at greater speeds.

Here are our top Grappling Hook Tactical tips for Pathfinder: 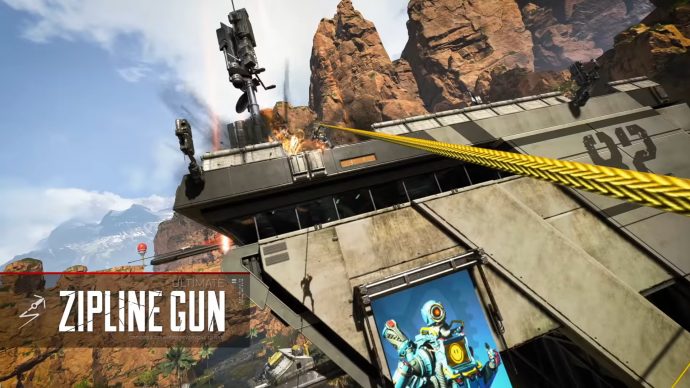 Pathfinder's Ultimate can provide some much-needed mobility either for yourself or for your team as a whole. Selecting it will give you the ability to aim and fire your Zipline Gun across great distances, which, as long as it connects with the terrain or a building at the end, will erect a Zipline (just like those found naturally across Apex Legends maps) between your current position and your target destination.

Here are our top Zipline Gun Ultimate tips for Pathfinder:

How to play Pathfinder - top tips and tricks

Finally, let's finish up with some more general tips and tricks on winning Apex Legends matches as Pathfinder.

And that's pretty much it for Pathfinder; hopefully you've emerged a little more enlightened as to just how much he can do if you master his admittedly fairly complex abilities. For full details and opinions on all of the characters together, take a look at our Apex Legends characters guide for everything you need.