The TIE Interceptor is the fastest and most agile ship in Star Wars: Squadrons, so it's no surprise that most players have taken to learning this ship first. But very few players are picking the very best Interceptor loadout available to them. Below I'll walk you through a startlingly powerful and dangerous Interceptor build and all its components, along with an explanation of how it can be used to consistently reach the top of the scoreboard in any match.

In this Interceptor loadout guide:

The Interceptor is an extremely enjoyable ship to pilot, thanks to its extreme speed and mobility. This ship is a menace, designed to get behind larger enemy ships and blast them out of the sky; but even so, very few Interceptors in space are as dangerous as the one we're about to reveal.

Here is the best Interceptor loadout:

Central to this build, of course, is the Sienar Ion Cannon. A strange choice, many beginners might say - while seasoned veterans will likely be nodding in approval. If you've never properly tried Ion Cannons because "they're just for shields", try them out now. They do more than disable shields: they disable the entire ship, leaving them immobile for seconds on end.

While the Ion Cannon deals minimal hull damage, you can still deal enough damage to kill the smaller Republic ships once they're disabled just by continuing to fire your cannons at them. But the real DPS comes in the form of the Sienar Onslaught Rockets. These rockets deal massive sustained damage. The downside is that they are unguided, and therefore difficult to use against a moving target. But a disabled enemy is a sitting duck for these rockets.

Everything else in this loadout is designed to keep your Interceptor on the move and help it survive for as long as possible so it can continue disrupting the enemy fleet en masse. Sienar Seeker Warheads are the countermeasures of choice here thanks to their reliability: you might be tempted by the Sensor Inverter which throws missiles back at your enemy, but you only get 2 charges of this, versus the 4 charges and quicker cooldown of the Seeker Warheads.

The Dampener Hull is designed to prevent enemies locking onto you and launching missiles, while the Twin Propulsion Engine doubles your already excellent acceleration, making you the most nimble and slippery ship in the fleet. We don't mind the decreased hull strength that much, because as an Interceptor you really shouldn't be taking much damage anyway.

And if you do end up getting hit, just click that Emergency Repair System button to replenish your lost health. With a decent pilot, this ship will survive a long time in a Dogfight or a Fleet Battle.

Take a look at this loadout in more detail over on the Squadrons Toolkit Loadout Builder. 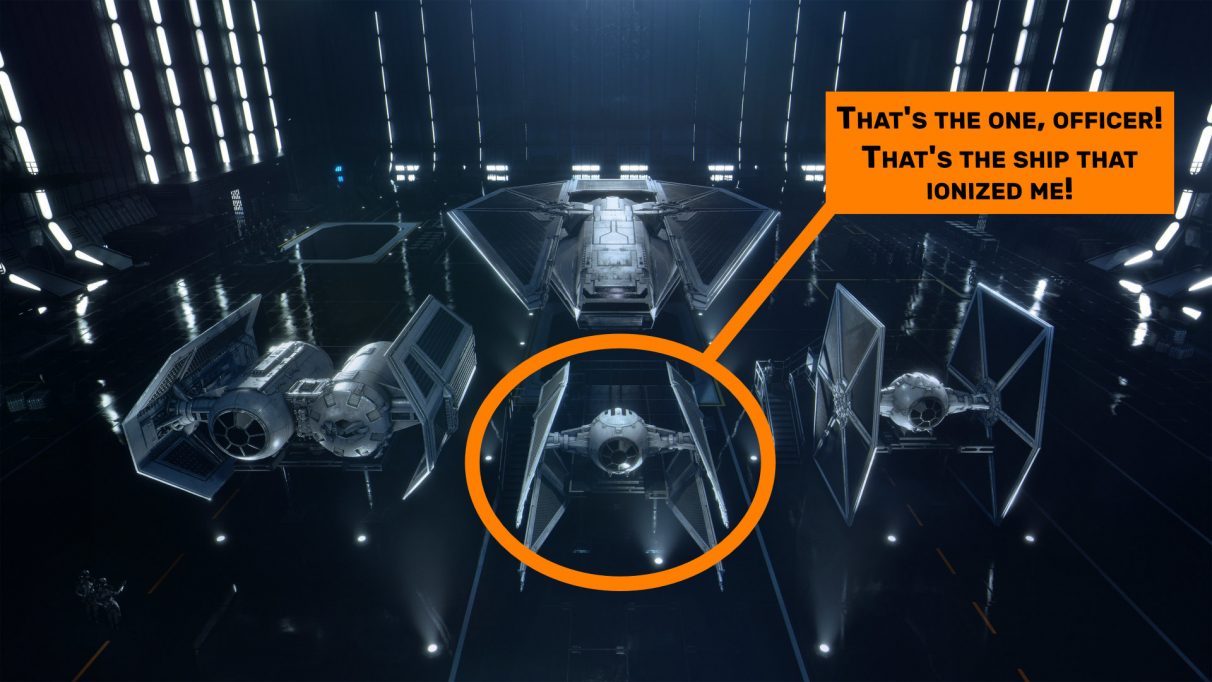 How to use our Interceptor loadout

Why use an Ion Cannon loadout with the Interceptor rather than any other ship? The answer is that a ship whose purpose is to fly around disabling all enemies needs to be mobile enough to do so, and to escape intact. If you know what you're doing, you'll become such a menace that the enemy fleet will start to target you - and when that happens, you'll be glad you're in an Interceptor rather than a Reaper or Fighter.

You should play this Interceptor loadout much the same as any other Interceptor. Your aim is to make use of your mobility to get behind enemies (not too close at first, or they'll Seeker Mine you), and blast them with Ion Cannons. You'll see from the disabling progress icon above their head just how few shots it takes to completely disable a ship.

After that, they're completely out of action but only for a few seconds, so you'll need to make the most of those seconds. Turn and head straight towards them, firing Ion Cannons and Onslaught Missiles together at full blast before turning away at the last moment. They'll almost always be destroyed, and if not, you can simply rinse and repeat.

The great strength of Republic ships is their shielding on every ship, from the tiny A-wing up to the massive U-wing. Ion Cannons will strip away even overloaded shields in seconds, turning this great strength into a weakness to be exploited again and again.

And that's the best Interceptor loadout in Squadrons. If you're in doubt, give it a try and see for yourself. Or, if you're interested in learning how different ship types can be turned into super-powered death machines, check out our Best Star Wars: Squadrons loadouts guide.