With its latest update, Mordhau has opened up a whole new castle for us to run around sticking swords into people. It's good, based on the ten minutes I've spent being cut to pieces so far, but that's not all that's new. The Mountain's Peak map has been expanded, ranked duels have left beta, there are new cosmetics, and the combat's been tightened up in a bunch of ways I don't understand. I think I'm feeling the impact of them, though. The swordplay's never been sharper.

Developers Triternion have definitely upped their map-making game. At launch the maps were dominated by big open battlefields, while nowadays they're filled with nooks and crannies where the fighting can spill into something more personal. They've been inching closer towards the scale and detail of Battlefield maps, and while Castello is still a long way from that, it does enough to suggest the same feeling. I don't feel like I know my way around within five minutes.

Also, I got to kick someone into these spikes. 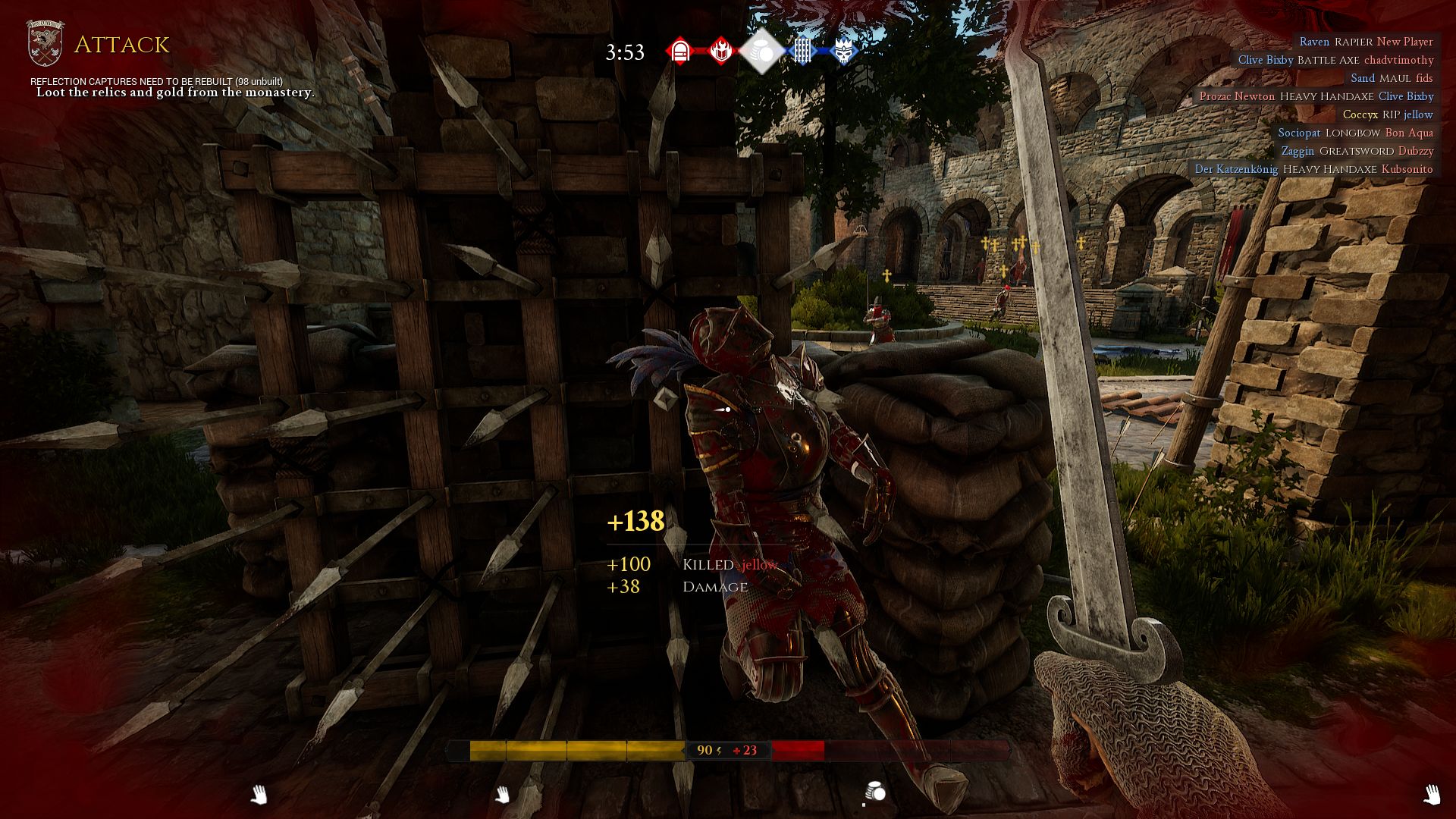 With ranked duels emerging from beta, Triternion have reset everyone's duel MMR. They've added leaderboards, too, for braggarts. Ranked duels don't contain the silliness of duel servers, but they make up for that by letting you fixate on making a number go up.

The loadout system's been tweaked, too, where you now spend 48 points equipping weapons, perks and armour, rather than 16. The devs say this makes the game easier to balance, and hope to "promote more diverse builds". That's a laudable aim, but as far as I can see there's still little incentive for me to abandon the weapons-light build I always run with. I prefer to save my points for perks, and forage weapons from fallen foes.

As for the combat changes, they are many and subtle. The patch notes mention less floaty movement, tweaked timings for stab attacks, momentum-preserving jump kicks, and... so much else. The cumulative impact makes sword-swinging that much more precise, blows just that little bit more deliberate. I wasn't aware Mordhau's combat could get even better, but here we are. Happy days.