See that spaceship up there? That's what my ship looked like in my first minute or so of Captain Successor. I built it from a semi-randomised collection of parts floating around the start point, but those were never going to last me long. Within 40 minutes I'd blown up dozens of rival spaceships, plundered those vessels and entirely replaced my design several times over.

Captain Forever Trilogy is a collection that contains revamped versions of the 2009 browser game Captain Forever, its sequel Captain Successor, and its clone-creating spin off Captain Imposter. There's a new engine that makes each game now run more smoothly and with a prettier background, though the only substantial additions are the new wing modules and some writing by Cassandra Khaw. It just came out, and the best way I can think of convincing you it's great is to show you what I got up to in my first game.

The goal in Captain Successor is to stay alive for as long as possible, surviving attacks from increasingly powerful enemies. To do that, you need to steal from them: every part of every hostile ship is one that can potentially be pilfered, so long as you can take out that ship's central cockpit without destroying its goodies in the process. I only decided to diary this and start taking screenshots once I was about 10 minutes in, so do forgive the sudden leap into yellow and orange tier blocks.

I spend my first 10 minutes murdering my way into a bunch of upgrades, and it's all smooth sailing until an enemy rudely destroys my only weapon module. I'm not too worried though, because the central cockpit has a laser of its own. It's a piddly little thing, but against certain ships that hardly matters. I come across this fella with two Death Star type hole in his defences, and manage to take him out without scratching his shields or weapons. 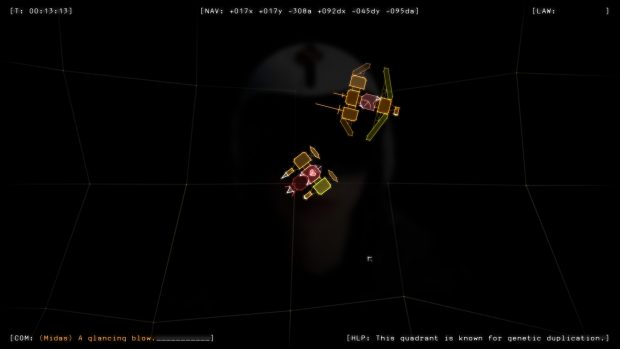 I pinch 'em, and use them to create this lovely set up. The plan is to ram the next ship I encounter, hold it in place with those shields that are simultaneously protecting my vulnerable laser, and punch out its core without leaving it room to manoeuvre. I spot a ship that's packing equipment far superior to my own, which I wouldn't dream of taking on if I didn't have that strategy in mind. 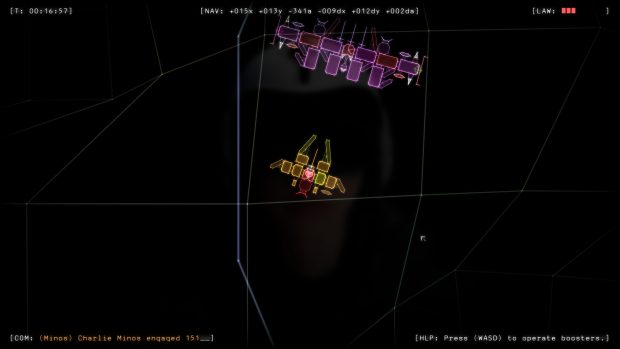 The plan does not go to plan. I don't realise that I'm damaging my shields with every shot, thanks to the explosions from my weapon. I have that oversight to thank for losing my shields, and the enemy ship's spikes to thank for losing my other bits. It's a long, tense fight where a single misstep could see me obliterated by those cannons - but eventually I manage to punch through the girders protecting the ship's rear. I blow it up, and build something wonderful with all my new toys. 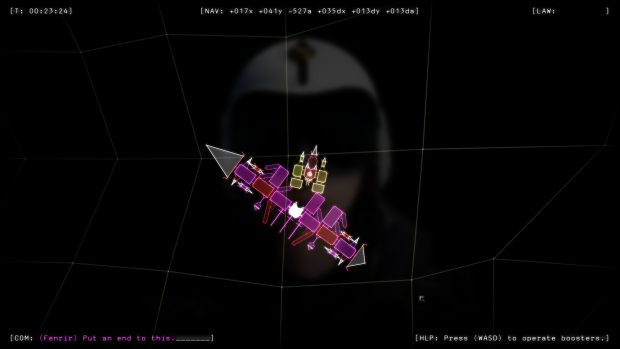 You don't get to see it though, because I forget to take another screenshot until after most of it gets vaporised in a single volley from a passing ship. I'm tempted to just call it a day and let the next enemy polish me off, but then I find this chap. By flying into his bottom, I can take him out without putting myself in any danger. I whip off my rocket-launcher so I can get properly wedged in. 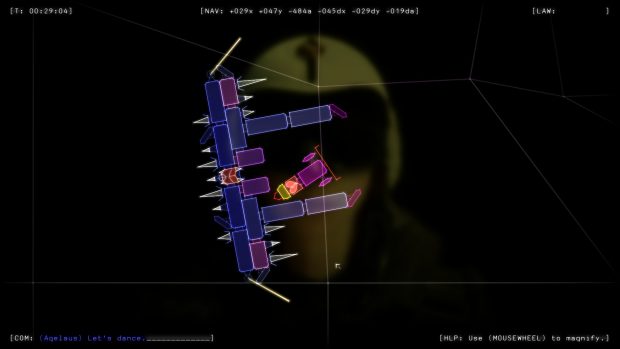 It feels unseemly, but it works. 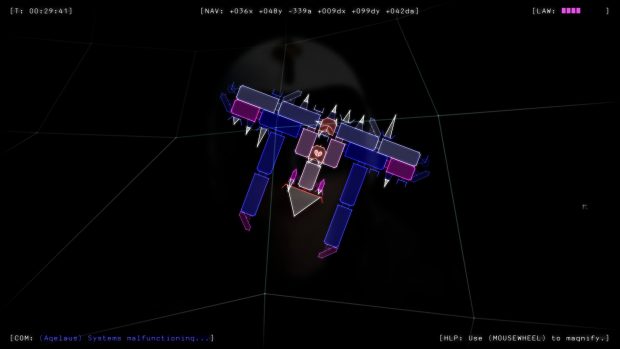 I loot him, get most of my new toys blown up again, and promptly revert to the prong strat. The prongs are strong. 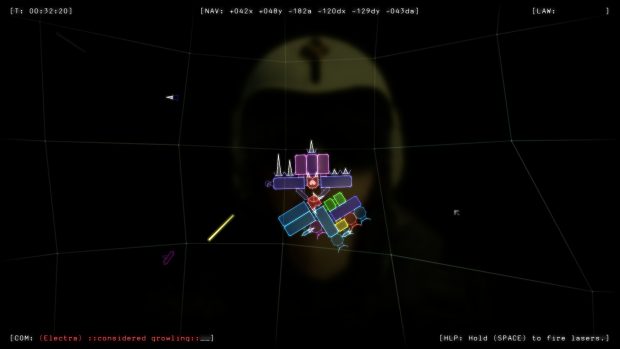 I prey on some more ships, but the mega-powerful 'sprinkler' laser I'm using makes it foolish to stick with a surgical approach. I'm a fool, so try to anyway. The gun is mounted on a little disc that constantly sweeps back and forth, and getting wrapped up with timing my shots so that they land where I want them to proves to be my downfall. That, and attempting to take on this white monstrosity. 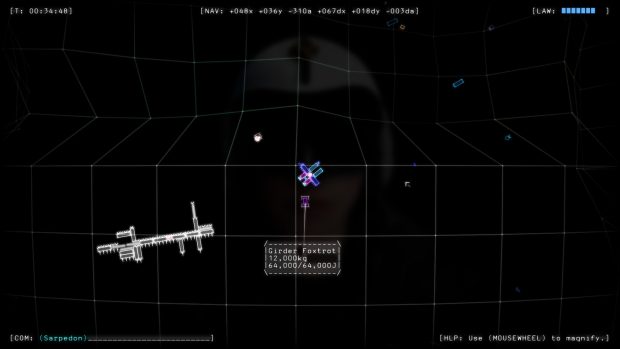 The ship spins around far more quickly than I thought it could, and very nearly utterly obliterates me. I get away, but I'm reduced to... this. 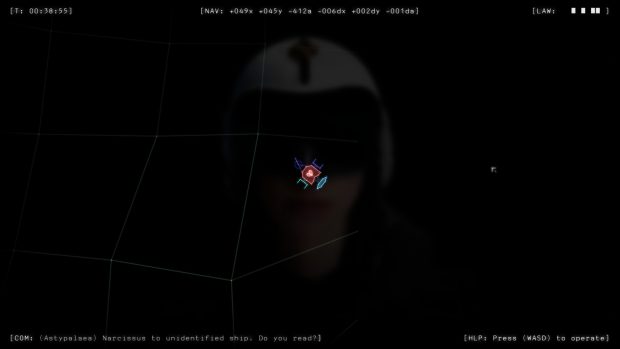 The next white ship I see pops me like the squidgy space balloon I am.

For years now, I've fondly remembered Captain Forever as a gem from my schooldays. It's a thrill to be playing an updated version, with those wing modules that sound like a much more minor addition than they are in practice. I appreciate the new writing too, though the story side of things is still quite minimal. The text file that teaches you how to play takes an admirable stab at world-building, and I like that enemy ships taunt me then tell me to 'end it' when I've got them beat - though I'm so busy piloting that I never have time to read those messages.

I don't think you should buy Captain Forever Trilogy because of its lore or characters. I think you should buy it because the games it includes are deliciously tense roguelikes that play like nothing else, where every setback is an opportunity for invention. I love sitting back, calmly appraising the tools at my disposal and coming up with a novel new ship design. Perhaps even more than that, I love adapting my strategy on the fly - ripping out chunks from my spaceship in the middle of a firefight, tearing off a gun here and bolting it there to take out a vital module on an enemy ship. I love coming up with and executing plans like that, and I love that at every second I'm constantly deciding whether or not to destroy a module that's causing me trouble - or to avoid damaging it precisely because it's so powerful.

I love you, Captain Forever.