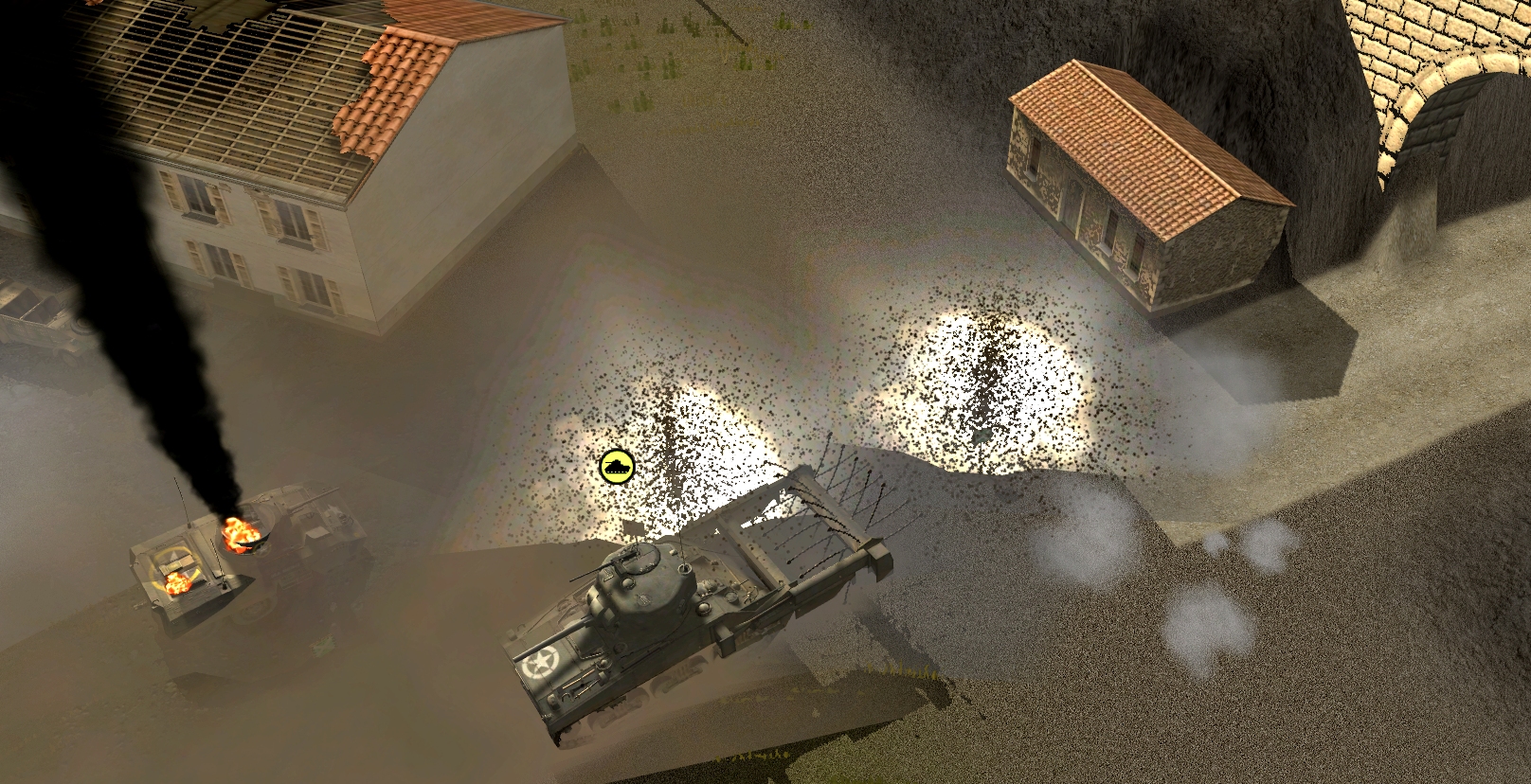 Most of the mosquitos were vapourised by detonating Tellermines; grimy hands accounted for about 9. The cautiously advancing Autoblinda armoured car was responsible for the majority of the formicine fallen, and Captain Squires' potent plasticine slew the unlucky salamander. The long-fingered bat? It died from old age in mid-air, its corpse landing with a distinct PONK on the hull of the Tiger by the villa. 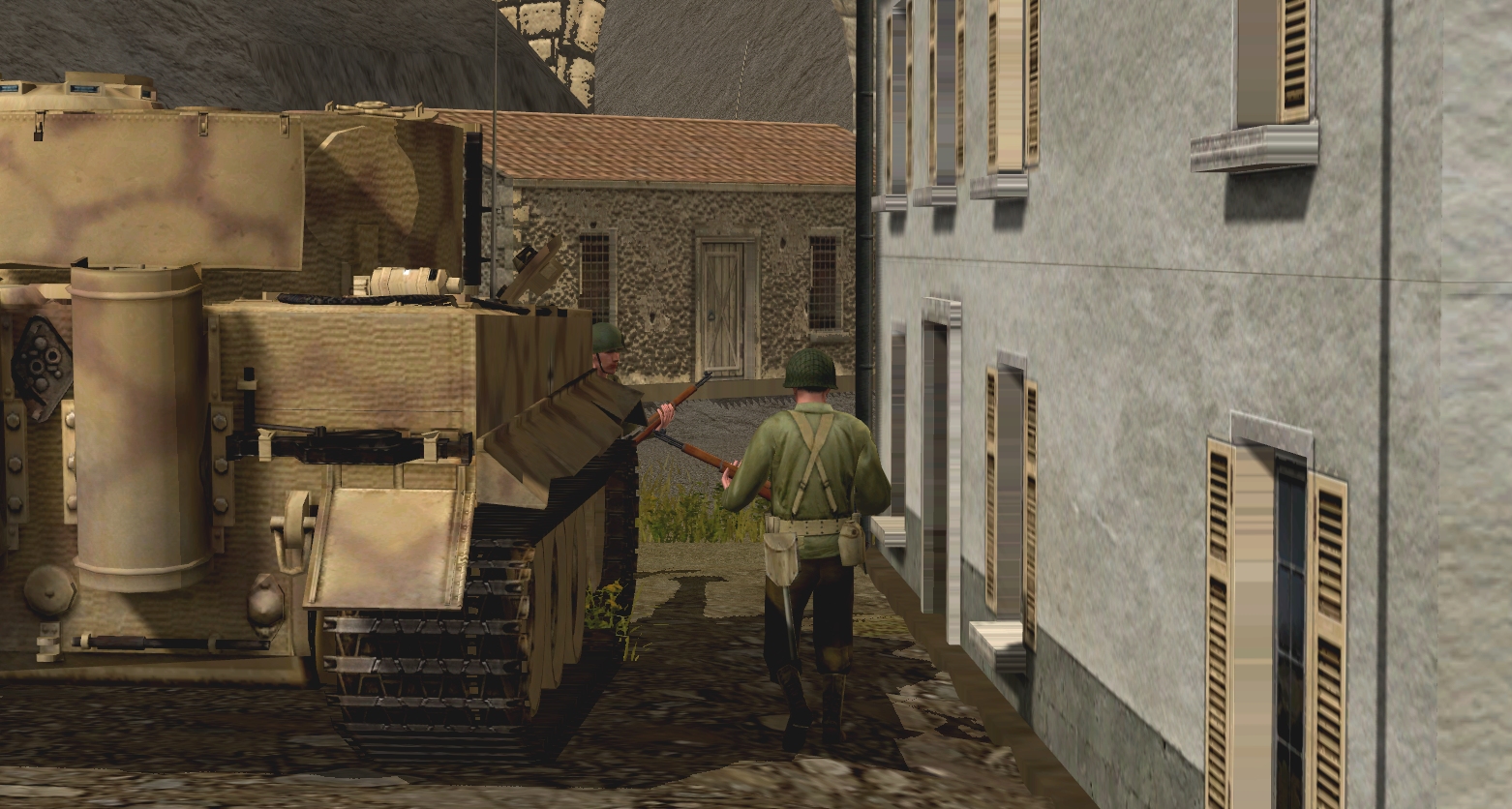 It was the PONK that almost cost PFC O'Brien his life. The sound caused the startled 2nd Squad soldier to notice the pair of abandoned Carl Zeiss binoculars and reach for them. If Sgt King hadn't barked a baritone “Don't you dare!” in his ear, and then, with callused forefinger, pointed out the filament connecting the binos to the Stielhandgranate wedged between the tank's road wheels, O'Brien might have ended up as dead as the Fledermaus.

But O'Brien, like every one of his comrades, survives Turn 2 – a turn in which... 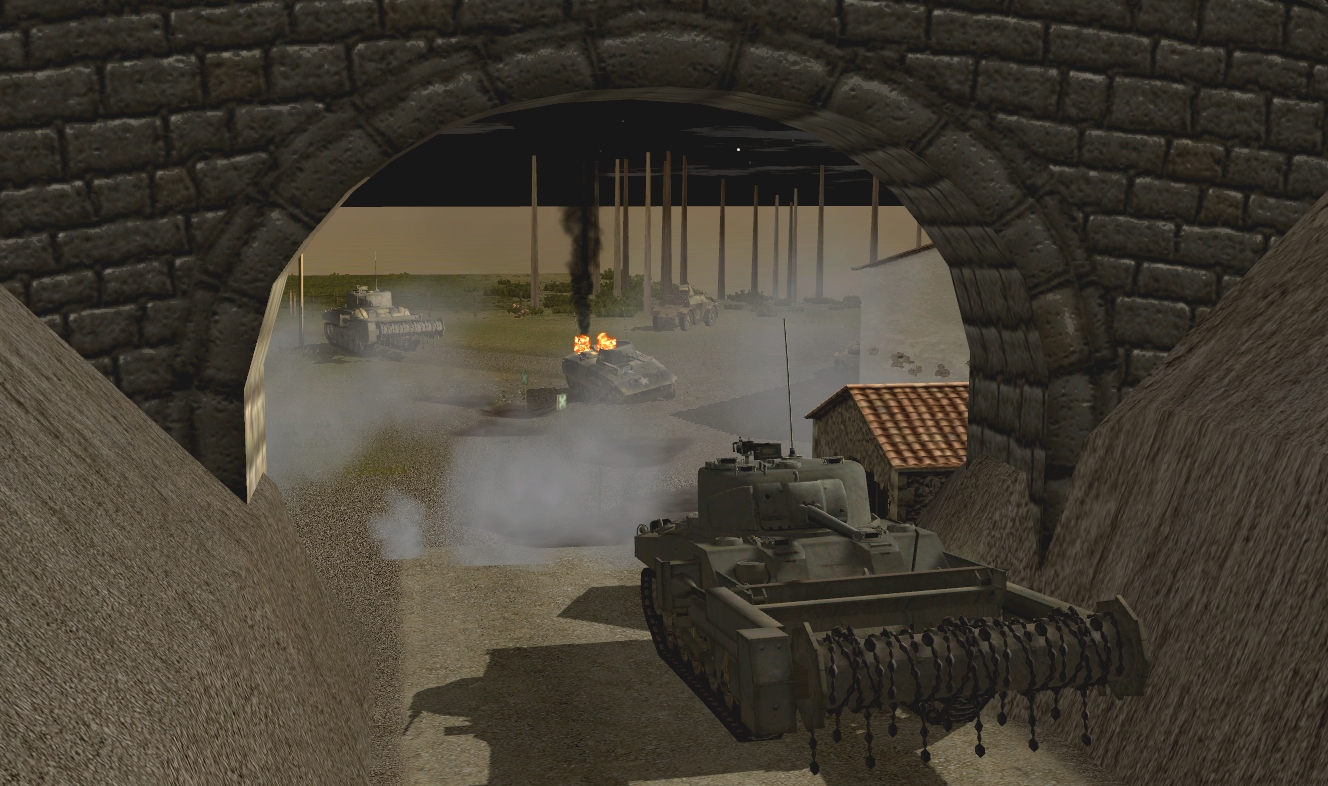 Crabmeat 2 completes her traversal of the minefield and finishes up in the eastern end of an apparently deserted tunnel (As the Sherman has just emerged from the smoke and dust, its possible the emptiness is illusory). 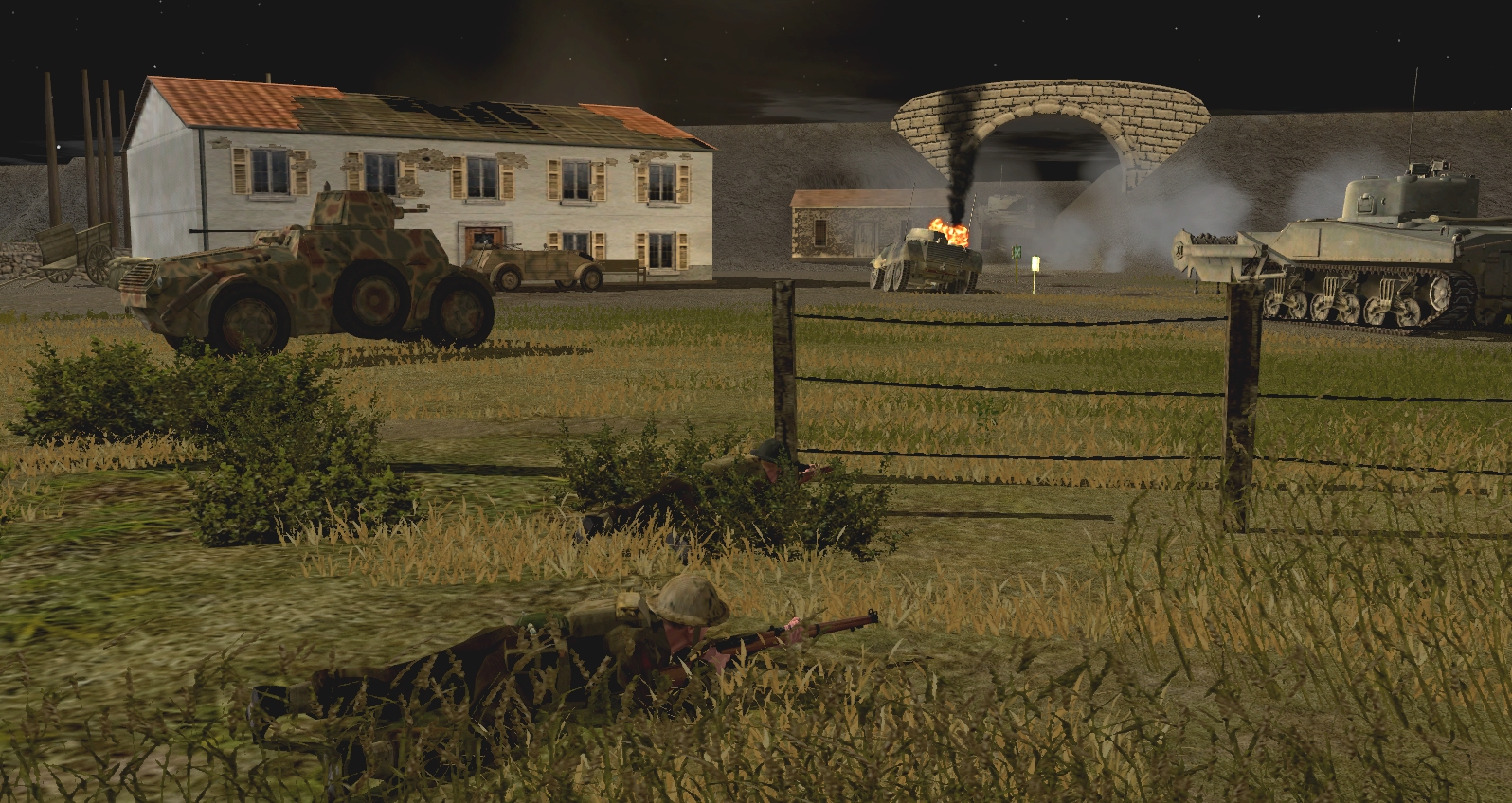 1st Squad's point man spots a suspicious sandbag wall in 'LEAD' as he enters the two-storey storeroom through its new, ragged backdoor.