We all know the coming of Christmas means the goose is getting fat, but what about the chicken? She's warm and cosy, as Counter-Strike: Global Offensive has kicked off its festivities by giving chickens wee Christmas jumpers. These jumpers are #2 on the definitive ranking of CS:GO chicken costumes so that's certainly something to celebrate. Other Christmas festivities include piles of snowballs in spawn points to lob at folks, the return of Militia's snowy variant, giftwrapped C4, and a new coin trinket for veterans who've been Counter-Striking for ten years. But mostly it's about the chickens.

"Christmas jumpers can, like hats, be seen as an easy effort," I said when ranking the costumes with dear Pip. "But aren't they delightful? Those chickens look a lot more fun than the ones with hats. They think they're people!"

They really do. My day is brightened seeing chickens in jumpers strutting and pecking around.

The snowy Militia is a nice festive variant too, with strings of lights hanging around (and through the tunnel), a beautiful vibrant sunset (or dawn?) coming through the trees, and nice crunchy snow. The compound is still a hole and the terrorists are still holding hostages but, y'know, it's a bit merrier. 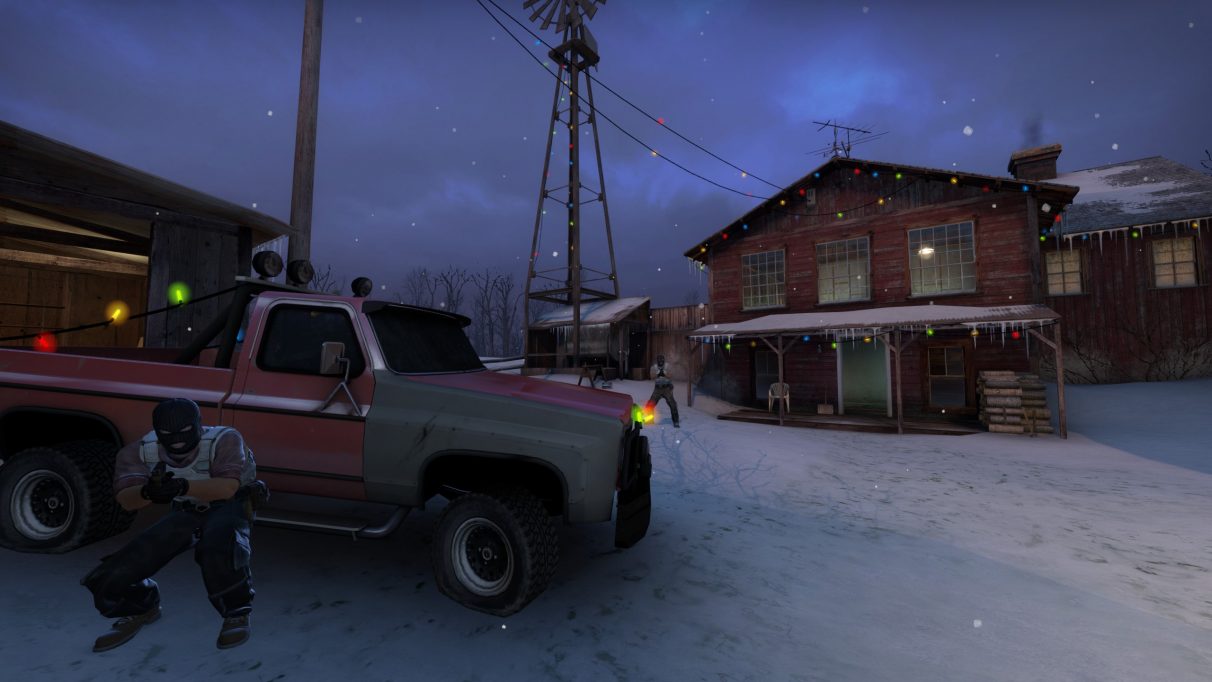 I like the gifts in the stockings over the fireplace: hot weapons skins; grenades; and coal. 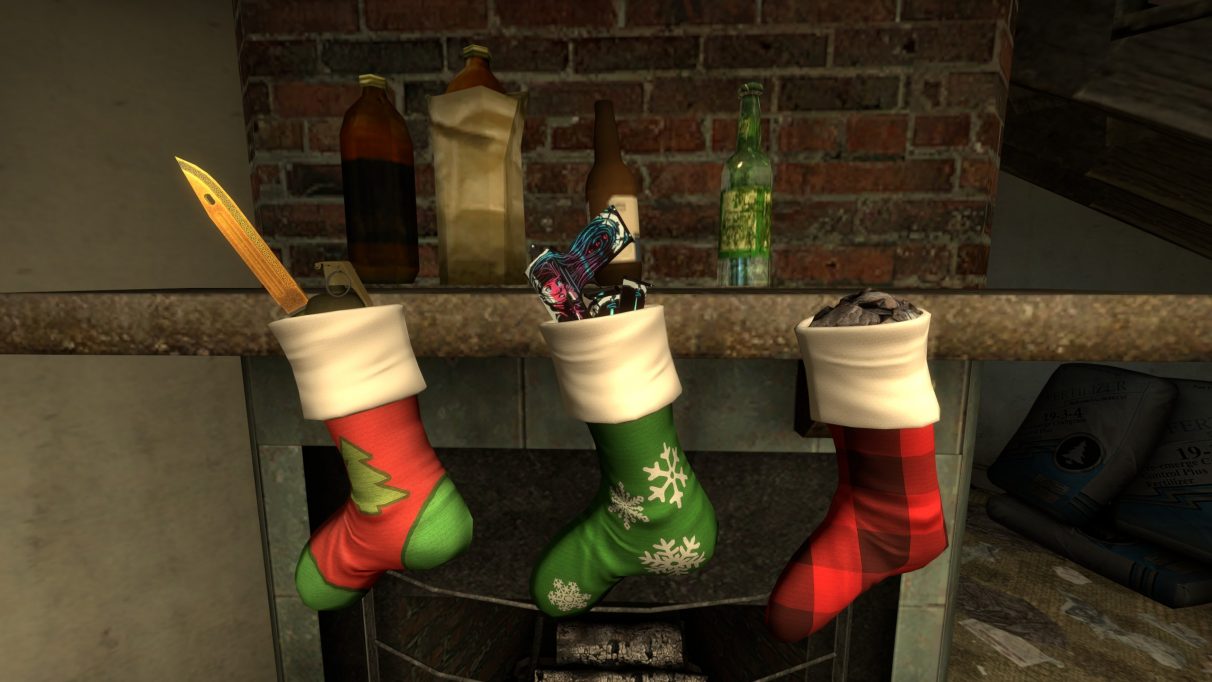 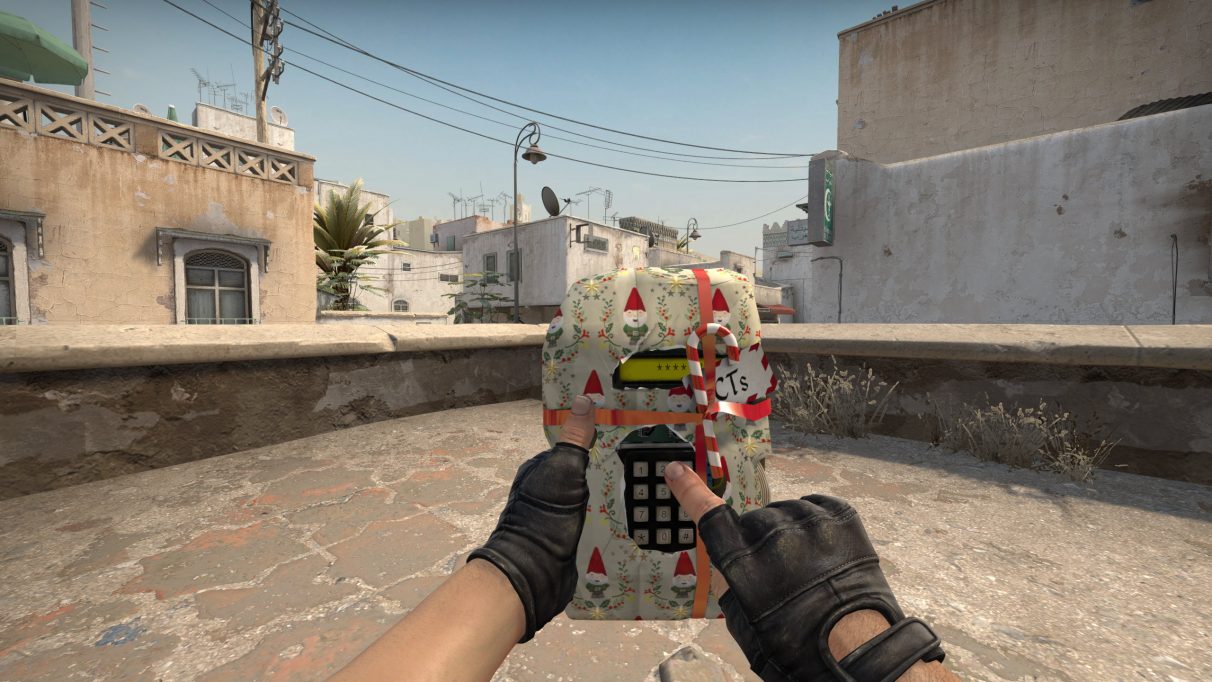 As for the new coin, players who've owned a CS game for at least ten years on their current Steam account and played it at least once will get a Ten Year Veteran Coin when they next fire up CS:GO. It's a cosmetic trinket for your profile, showing off that you're 1337 and 0ld sk3wl and all that.