Following on from the recent release of The World Of Cyberpunk 2077 last week (it's a big fancy book revealing some delicious Cyberpunky secrets prior to Cyberpunk 2077's release in November), CD Projekt has spaffed a load of Gangs Of Night City posters onto Displate. New merch isn't the sort of thing I pay much attention to, normally. But in this case, it's given us some more details of the gangs you'll run into when making your first-person-action-RPG way around Night City.

More importantly, in my mind at least, it has laid out their wares in a way that lets me decide which ones I am clearly going to support, and which ones I will terminate with extreme prejudice. These decisions are based entirely on their logos, but they are correct decisions nonetheless.

Eagle-eyed fans have spotted gangs like The Scavengers in previous game footage, and possibly the Steel Dragons in some artwork, but the new posters in The World Of Cyberpunk 2077 have confirmed at least seven groups that we'll see and possibly (probably) kill in the course of our futuristic adventures. You, too, should choose your favourite flavour, based on how cool you think their various logos are.

Display your gang affiliation with metal posters from @Displate!

New collection “Gangs of Night City” is now available, and until August 6th you can get it up to 25% off!

The Tyger Claws are a Japanese gang with more of a martial arts slant to their combat (although by 2077 they seem to have embraced Cyberware more than they had previously). They're similar to the Yakuza in how they operate, and control a large portion of Japantown. Their logo is a big cool tiger, and I approve of their stylistic spelling choices. The Valentinos, who have probably my favourite logo (a big sexy V with all roses and that, giving me Toreador from Vampire: The Masquerade vibes), are a primarily Latinx gang operating out of the Heywood district, and apparently make a big thing of being seductive.

6th Street are what I am choosing to mentally earmark as the ACAB gang: a bunch of patriotic war veterans (corporate wars between massive companies, that is, not like all the legitimate and proper wars we have now), who formed a vigilante group out of frustration at hopeless policing. But like, obviously that was never going to end well on any level.

I imagine that these lads would not play well with Voodoo Boys, a gang of nihilistic drug dealers who control most of Pacifica, and have roots in Haitian tradition and immigrant communities. They are very mysterious, as they are difficult to infiltrate unless you're actually part of the gang - but we've seen them before! V performs a job for them in a gameplay deep dive from last year. Despite being a bit spooky, they're some of the best Netrunners in the game.

We've encountered the Animals and the Maelstrom before. The Animals are a gang of heavy streetfighters that we saw V go up against in that job for the Voodoo Boys (where I much preferred the look of the stealthy approach). They're a bunch of very aggressive, juiced-up bouncers who use homebrewed augmentations to get even better at punchin', and their logo looks like the one that your most annoying friend made for the Facebook group about his Rainbow 6 Siege team because he is a loser.

In contrast, the Maelstrom, who featured in the very first gameplay reveal back in 2018, are a bunch of super weird netboi types who love them some visible and creepy Cyberware. Big red lights instead of eyes. Look at the fuckin' heads on them, for God's sake. 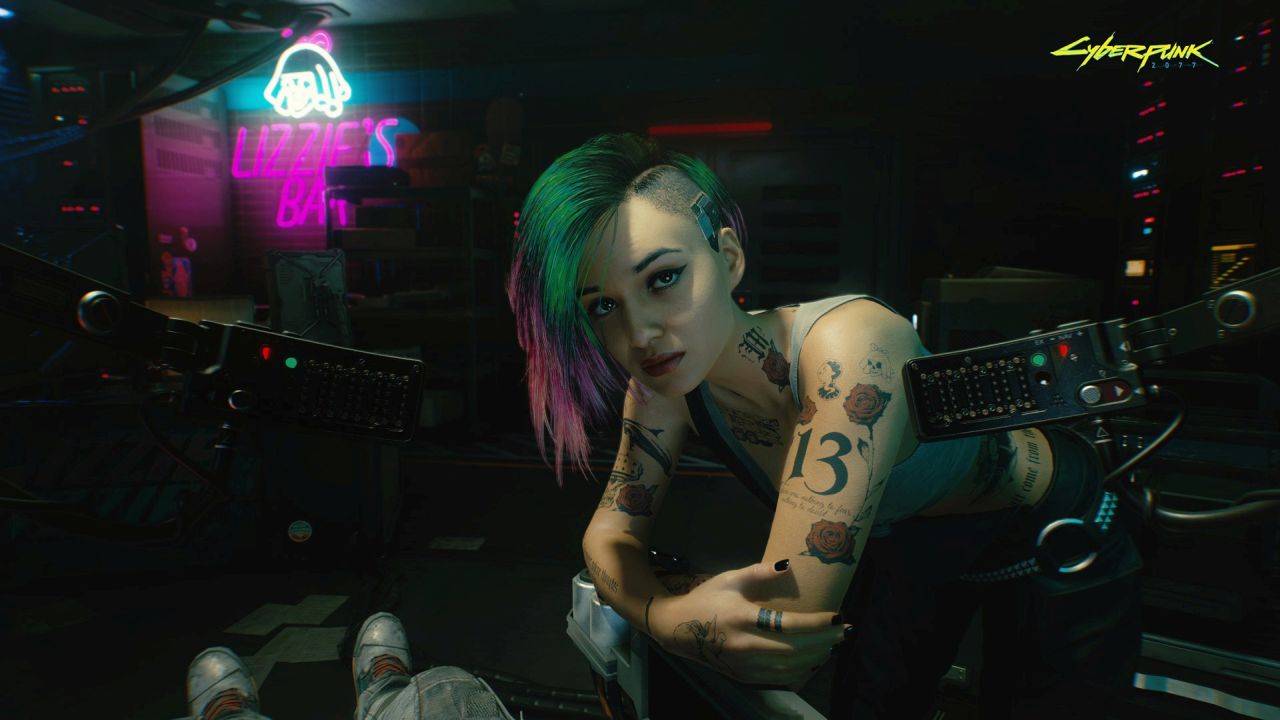 Last but not least, we come to my favourites: the Mox.

We've now seen a fair bit of The Mox in the Night City Wire stream, where V engages in some "braindancing". They're a gang comprising mostly sex workers and anarcho-punks. They formed sort of organically after a strip club owner named Lizzie Borden killed some Tyger Claw gangsters in retaliation for murdering one of her employees. The retaliation to that retaliation was the murder of Lizzie and the destruction of her club, but the club has now been rebuilt as Lizzie's Bar, and the gang formed as a non-hierarchical means of protecting sex workers.

Even though I made my initial choice based on the artwork, it has paid off. Because based on what we have been told, the Mox are clearly the most interesting gang on many levels. Currently my plan is to immediately attack 6th Street and join the Mox, and dye my hair pink. AND IN THE GAME.

Players familiar with the source material of Cyberpunk 2020 tabletop RPG will doubtless be able to correct the minutiae of what I have learned, but this isn't just a frivolous exercise. Gang affiliation will play an important part in Cyberpunk 2077, and gangs will be easily identifiable by high concept themes and styles in their work. Hence the logos are actually important, and I am not just being a drama llama.

All the Cyberpunk artwork seen so far has been thought out on many layers, and in fact we know from the design of Night City itself that this applies to almost everything.

My visceral reaction against 6th street is partly because the logo looks all military. The Mox one looks like it belongs to a metal band made up of non-binary drag queens. Clearly one of those has better vibes than the other.

For now, though, please enjoy the most recent Cyberpunk 2077 trailer, because the actual game still doesn't come out for another while: