While I'm still not convinced that getting pally with the forces of Darkness in Destiny 2 won't cause a second collapse of human civilisation, it does look great fun. A new trailer for the Beyond Light expansion shows some of the 'Stasis' abilities we'll somehow get from those presumed wrong'uns, and I was expecting to freeze enemies but I was not expecting to erect ice walls or throw ice platforms we can climb up. I think Stasis might even let us get a magic wand? Alright, Darkness, make your offer.

Stasis is to be a whole new fourth element, joining Arc, Solar, and Void as both a weapon damage type and new elemental subclasses. It's ice, basically. But magic ice, from space. It's still not entirely clear how or why we'll be wielding Stasis, beyond the fact that the Darkness have a hand in it, but I'm game. Also, I think it's just a casting animation rather than a weapon, but I am well into the Warlock busting out a magical staff to ice some baddies.

Good look to the line of guns there too. Some interesting fashion as well, with the heated and insulated armour, backpacks, and rolled sleeping bags. Oh, one last thing! A new screenshot shows one of my favourite types of Destiny things: running around inside a big spooky machine bathed in vivid light. 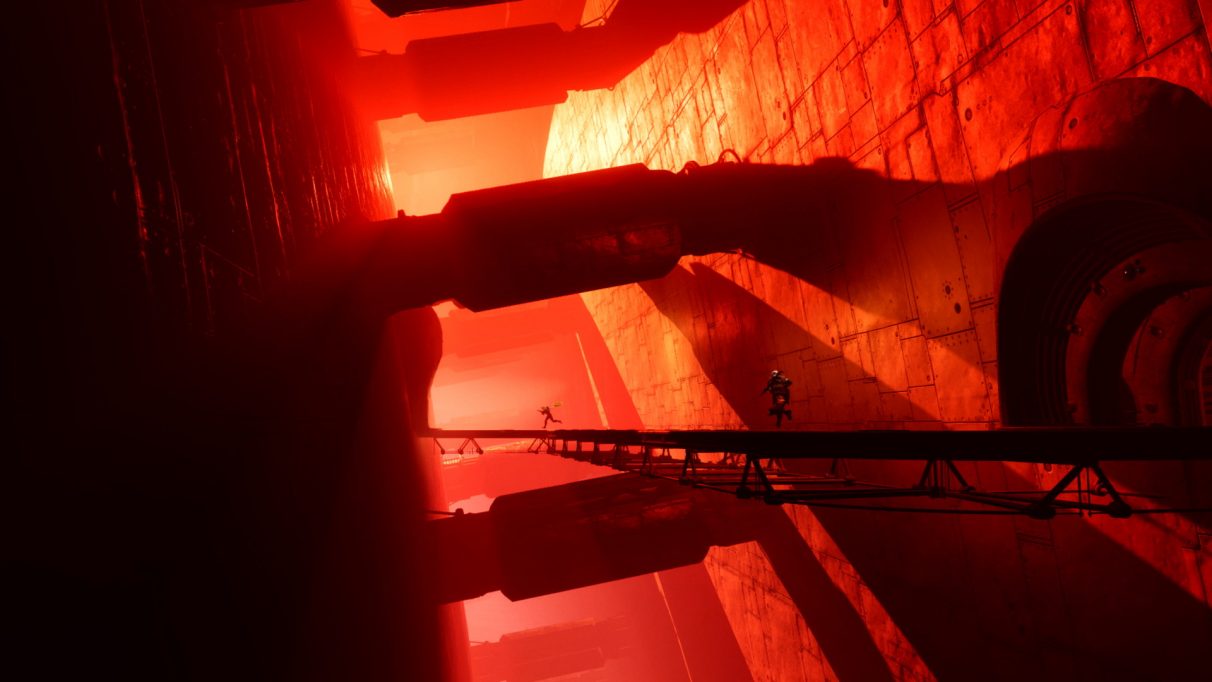 Bungie recently delayed Beyond Light's launch from September to November 10th. They explained that the past few months have been a challenge, for obvious reasons, and they wanted to get it right. The current season has really started to turn the game's decline around, in part thanks to its pre-apocalyptic vibes, so I'm good to wait. Season Of Arrivals will run all the way until Beyond Light's later launch too, so Bungie plan to run a few more Iron Banner events, shuffle Halloween into this season, and maybe deliver some surprises.

Today's newsblast also brought word that Destiny 2 is coming to Xbox Game Pass for consoleers, giving subscribers access to the Forsaken, Shadowkeep, and Beyond Light expansions. Nice for them? But they stress that they haven't signed any sort of content exclusivity deal with Microsoft, not like the PlayStation scloosies which saw some missions, weapons, and armour locked away from the rest of us for a year.