After dragging its heels for a fair while, the 'living world' of Destiny 2 has really come alive again as Bungie start building to the next expansion. Four of its planets and moons will be removed from the game when Beyond Light hits, and the ongoing in-game events behind that are starting to get well doomy. As of last night, the vast and ominous pyramid ships of The Darkness are lurking over the four doomed places, zones are bustling with deadly foes, and we're being sent on quests to check that everyone's, y'know, okay. It feels like an apocalypse brewing, and looks stunning too.

The new quest line, available from Zavala, sends us on a tour of the four soon-to-be-nonlocations, checking in on each's resident NPC questgiver. Help them out with their new bounties and you can get new rolls on some old weapons, including the Ikelos SMG and sniper. Various bits of in-game text make clear that we'll be returning later in the season to help them evacuate. The new wee lore books unlocked by the quests are good too (especially Brother Vance's reaction to a Titan proud of his hard-farmed shotgun). While we're still not sure what The Darkness is up to, and Eris Morn is still thinking maybe it's here to help, things look grim.

On Io, the Jovian moon which has hosted the first of our new pyramid visitors, small pyramid ships now flit through the skies, casting jagged shadows below. Whatever's happening, it's happening a whole lot more. The random spawns of Taken Disruptor and Savathun's Marionette enemy events are more common too, with something large and awful now always roaming around.

After shutting down the mighty AI warmind Rasputin and the defence network we had just finished charging last season, a pyramid is now casually hanging out on Mars. Probably nothing. 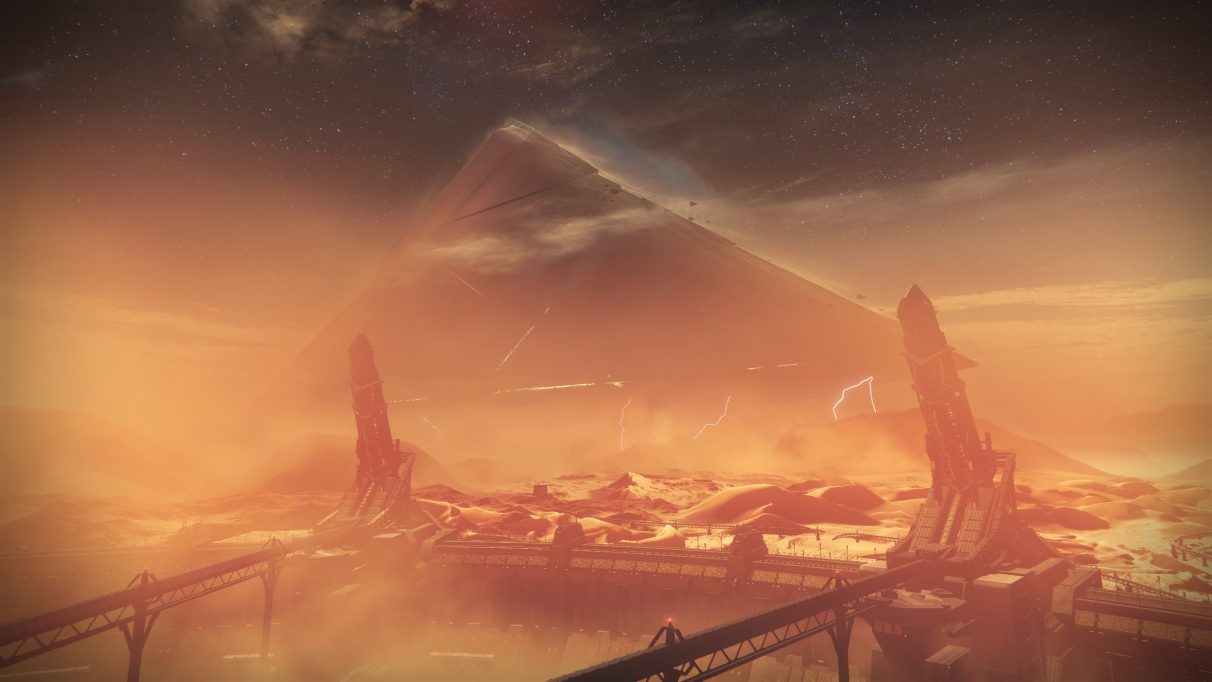 Titan, Saturn's oceanic moon, is now hosting a pyramid too. It's quite calm, for now. It's sitting a way off over the waves, just watching, looking menacing. This week saw the seasonal Contact event come to Titan for the first time too, so that's kicking off too. The place is crawling with Taken now as well.

As much as I wish Titan would be expanded instead of removed, I dig how it's going out. 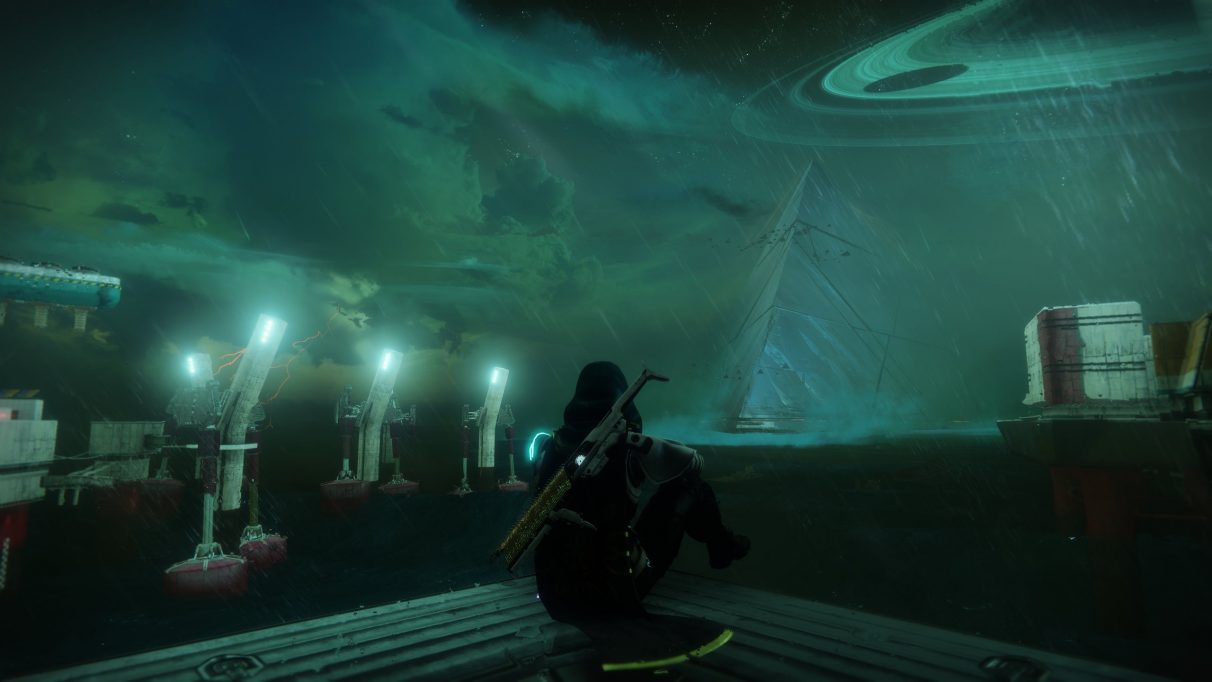 And on Mercury, oh you betcha. All the other Lighthouses across the machine planet have lit up too, beacons to The Darkness. This side of the Lighthouse had been mentioned in some wee lorebooks before and yep, turns out we definitely have been gallivanting around a monument to incomprehensible forces. Mercury's pyramid looks particularly strong, dwarfing the gateway to the Infinite Forest and blotting out the sun. Destiny continues to be great at big sci-fi vistas. 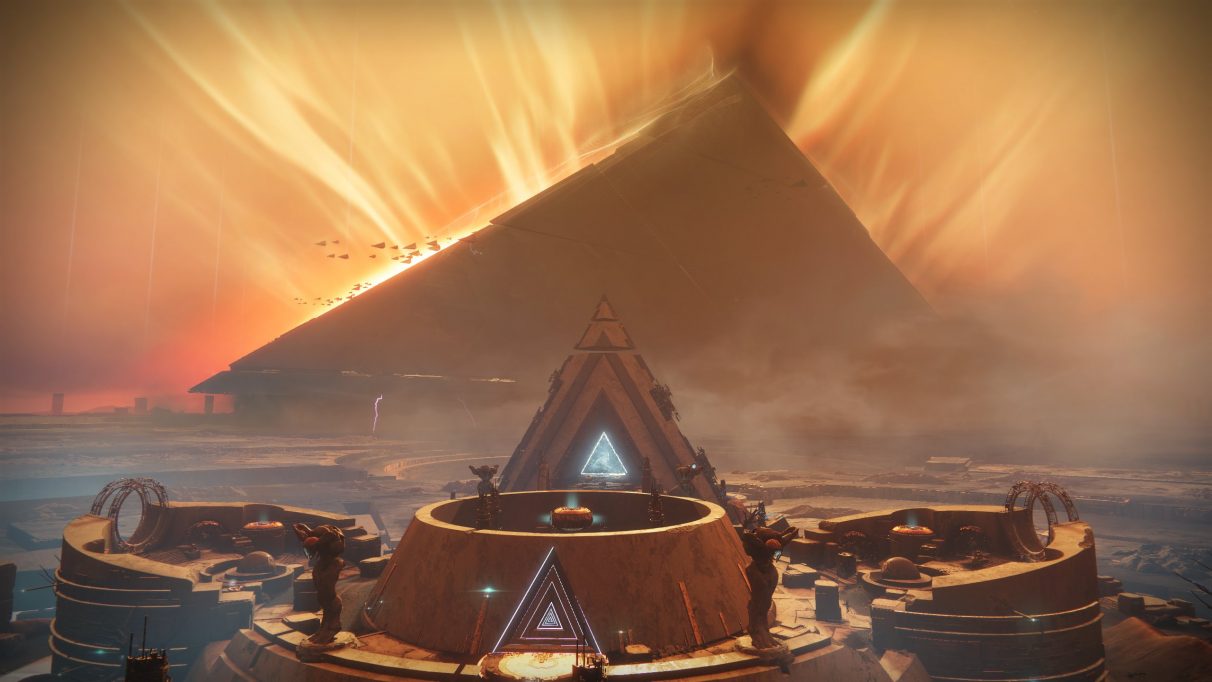 I'm so glad to see Destiny come alive as Bungie start telling its core story again. For ages we've been playing whack-a-mole with threats that are supposed to be dire but never feel it. We've been so starved for meaningful plot developments that the tiny in-game lorebooks were the only place that anything was developing. Now Destiny's plot is unfolding before us in the game world. Starting with The Almighty's destruction in a live event and rolling into the new season, it's quite exciting.

Removing these four areas to put them in the Destiny Content Vault may be the solution to a technical and logistical problem for Bungie, but they're really rolling with it as a storytelling device here. I am immensely into this week's apocalyptic vibe.

Destiny 2's Beyond Light expansion is due on September 22nd, headed off to the Jovian moon of Europa and giving us the new Darkness subclass of Stasis. Five raids are going into the Content Vault too, so Bungie have removed their weekly reward caps for the new Moments Of Triumph event so you can rinse 'em of goodies before they go. The original game's Cosmodrome area will be brought out of the Vault too, followed by ye olde Vault Of Glass raid.