Any damn fool corpse reanimated with superpowers can slay gods, but it takes real effort to look good while do it. Destiny 2 has the same core challenge as any MMO with random loot, to assemble an outfit pleasing in both form and function, but that will get a little easier in September. Bungie already said the big autumn overhaul and free-to-play relaunch will let us swap out perks on gear, and now they've explained we'll get to make armour look like any of our fancy clobber from the premium in-game store, Eververse. I'm gonna look so good leading the charge down a spacedragon's throat.

All Eververse armour pieces will become ornaments, Bungie said last night, and we'll get to put them on any new legendary-rarity armour to change how they look without affecting their stats, perks, or mods. Any Eververse armour you've already got from earlier seasons will be unlocked as ornaments too, so you can bring old looks back. Which is great because Eververse has some real nice-looking clothes (and some real odd ones) but getting good perk rolls is so unlikely. I have a vault full of Eververse armour that's too bad to use and too pretty to bin.

Combined with the largely-unexplained upcoming armour changes that'll let us swap perks around from those we've collected from other gear, rather than rely on the hard roll of an item, it sounds like a golden age of Destiny fashion is coming.

I do take Destiny fashion seriously. My looks go through styles and seasons, and I'm feeling pretty good about the current ones. My Warlock is some sort of spacetrash punk dirtbag, my Hunter's rocking the theatrical flair expected of a class with dodge rolls and triple-jumps, and my Titan is a bright orange lump because I'm just going to start swinging my fists while walking in this direction and if you get hit it's your own fault. 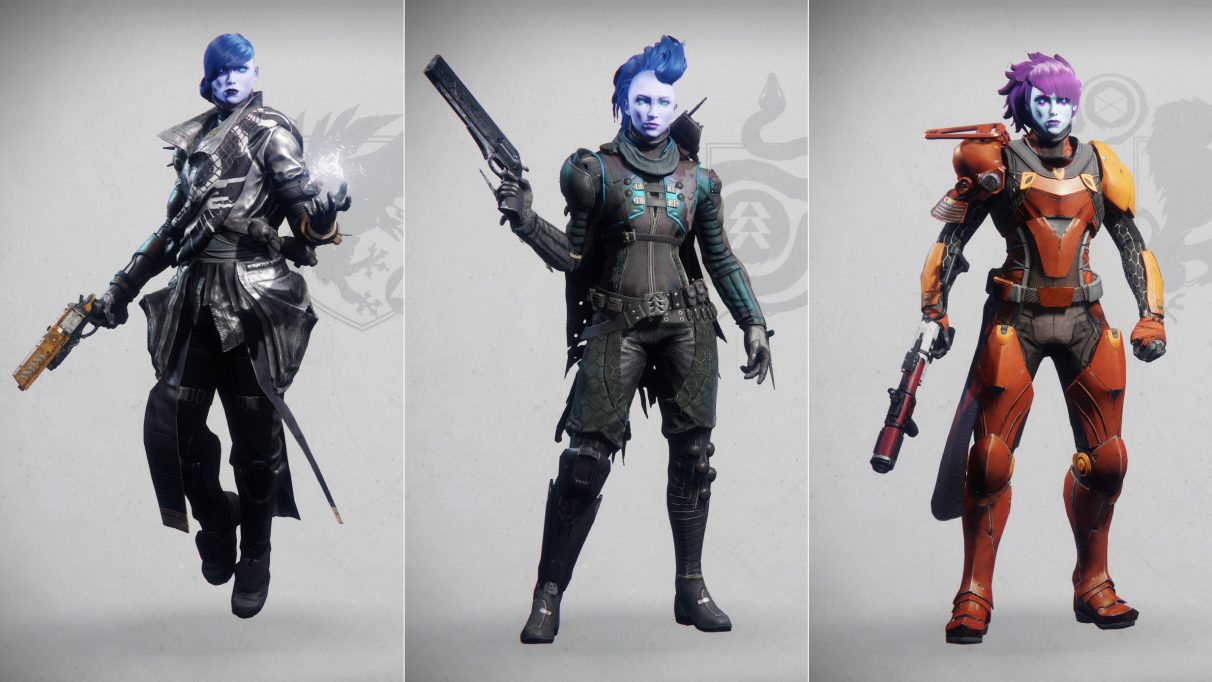 Bungie say now's the time to dismantle any Eververse gear we aren't actually going to use. Eververse armour ornaments will be drawn from our Collections library rather than our physical inventory so we don't need to hang onto them, and we may as well shred them for Bright Dust while we can.

Bright Dust is changing too, see. Dust will still be used to buy some Eververse items from the store, but it's being removed as a frustrating limitation. Where we currently pay Dust to pull decorative spaceships, shaders, spacebikes, and Ghost shells out of Collections, in future we'll only pay Legendary Shards and Glimmer - same as non-Eververse items. Dismantling Eververse stuff won't give Bright Dust either, only Shards and Glimmer. Bungie even plan to start rewarding pinches of Dust for completing many of the in-game bounties.

All of which sounds great? I'll look even better and won't keep blowing so much Dust pulling a spacebike from Collections then dismantling it and repeating until I get the perks I want.

I'm feeling mighty positive about the future of Destiny. The game is largely in a good state these days (well, PvP needs more maps and better balance) and the Season Of Opulence is a fun final chapter of the Annual Pass. I'm excited for the big changes coming on September 17th with the launch of the Shadowkeep expansion, and keen to see more players join with the free-to-play New Light base edition. Even small stuff like these gear overhauls will make it more pleasant to play, and Bungie seem to be dreaming bigger for the future. Even their free-to-play model sounds decent.

Some of my spacepals were worried this season by Eververse selling so many items for real money through the Silver microtransaction currency, taking it as an ill omen for the F2P switch, but I don't particularly mind. Many of those are also being sold for Bright Dust as the season winds on, and they're only cosmetic bits anyway. And I do trust Bungie. Time may prove me a fool but September's big update-o-relaunch sounds like the start of something wonderful.