If you click on a link and make a purchase we may receive a small commission. Read our editorial policy.
Developer: doinksoft
Publisher: Devolver DigitalRelease: Out now
On: Windows
From: Steam
For: £4, $5, €4

What have those scoundrels at Devolver Digital gone and done now? Oh look, it’s Devolver Bootleg, a mixtape of the Punk IPA publisher's classics that someone left in their jeans pocket before a wash and now the musics all fuzzy and the track list is garbled nonsense. Also it’s one percent off, yeah, because screw…discounts?

So, is this a delightful slice of performance-art-as-consumer-product brilliance? Or have Devolver, in their mission statement to point a funhouse mirror at the game industry’s cynical marketing, done a big old cynicism themselves?

As soon as I booted up, I got two achievements. One of them was simply called ‘hahahahaha’ and the other was ‘gamepad tested, consumer approved’. The achievements were for, respectively, buying and launching the game, and plugging in the controller.

Here’s the thing though. My controller was already plugged in. Checkmate, Devolver. Let’s see what other charming postmodern goofs that DLC Quest did better eight years ago you’ve got up your sleeves. 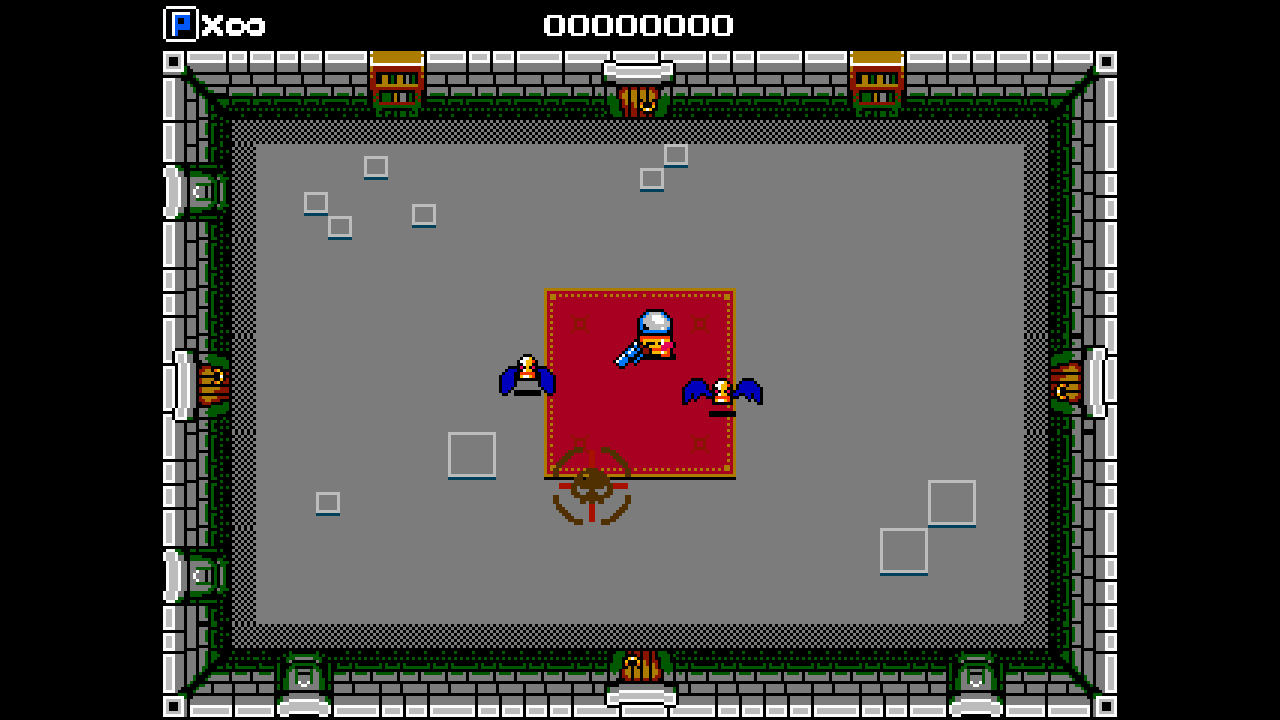 I made it no further than the start screen before I noticed that the soundtrack to this thing might be worth the four quid alone, tbqh. My god it’s crunchy. All skittering and bloopy and that. Less parody, more 8-bit reimaginings. If I knew the names of any drugs I would ‘do’ one of them to this soundtrack and not feel like I had wasted the drug at all.

The playable bit of this lo-fi take on Enter The Gungeon takes place in square rooms. You can only aim in the direction you’re facing, so every time you move you need to turn around to face whatever your shooting at again. But oh no you took too much time reorienting and they’re gaining on you and now you have to move again. So, the best way to play seems to be hugging the walls and moving up and down until everything crosses the room, then running to other side. This is a cowards way to game and I do not like that this game forced me into cowardice. This said, here are my definitive dungeon rankings: 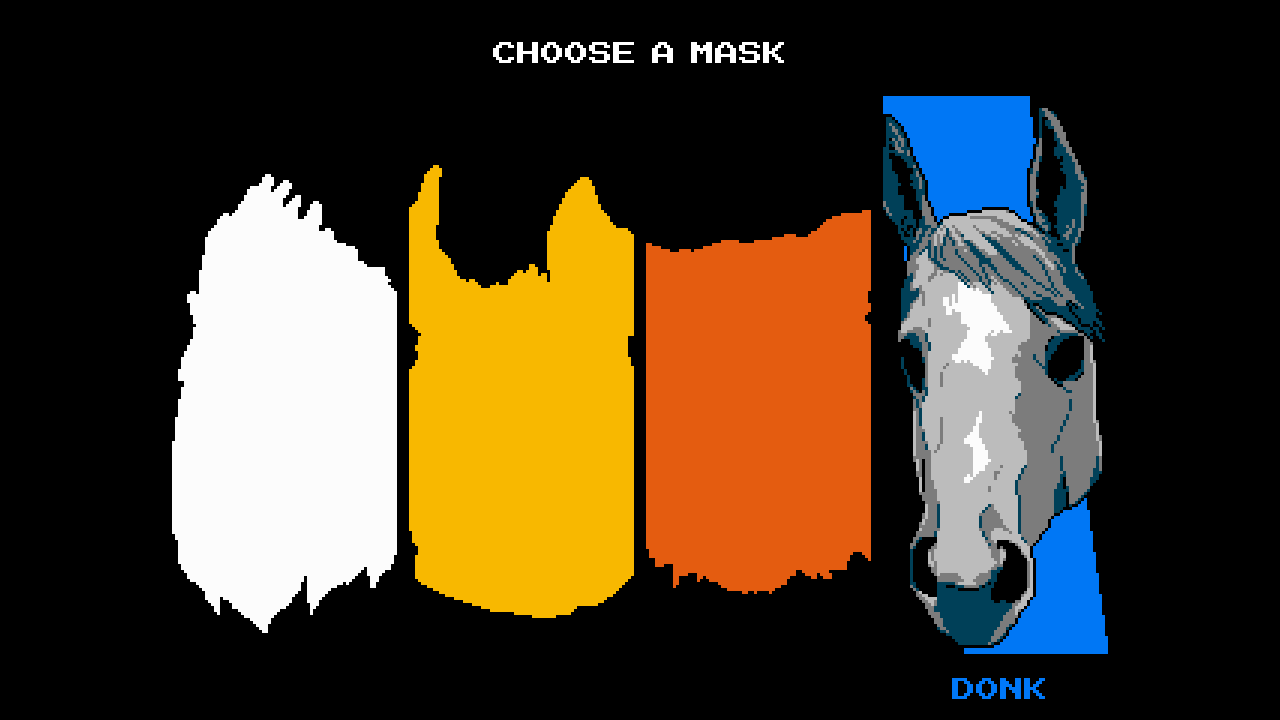 Continuing the theme of ‘please stop pressing buttons I’m trying to enjoy the music’, the absolute mad candles behind the soundtrack have had a solid go at interpreting a few Hotline Miami tracks, and it sort of works, too. The game itself is, as you’d expect, a vastly stripped down, clunky feeling translation of the original, with one extremely important distinction: The dogs can both carry and use weapons. You have never experienced true pain until you’ve been killed by a dog with a pistol in it’s mouth at the end of a perfect run.

Gosh, Ape Out was good, wasn’t it? I still think about it sometimes, whenever a game is trying to make me craft something it could have just given me, or making me sit through a bad sad man monologue about how they got so bad and sad. I could start playing Ape Out now, and I’d have already experienced a lifetime of transcendent joy by the time it took most games to explain which member of my family I was supposed to be doing all the murdering for.

Anyway, Ape Out Jr makes the observation that both Ape Out and Donkey Kong Jr featured monkeys, and basically runs with that for a bit. I once played 60 games about monkeys without sleeping, so I’m somewhat of an expert, and let me tell you: they’re right. Both games do feature monkeys, and neither of them are better than Monkey Warp. 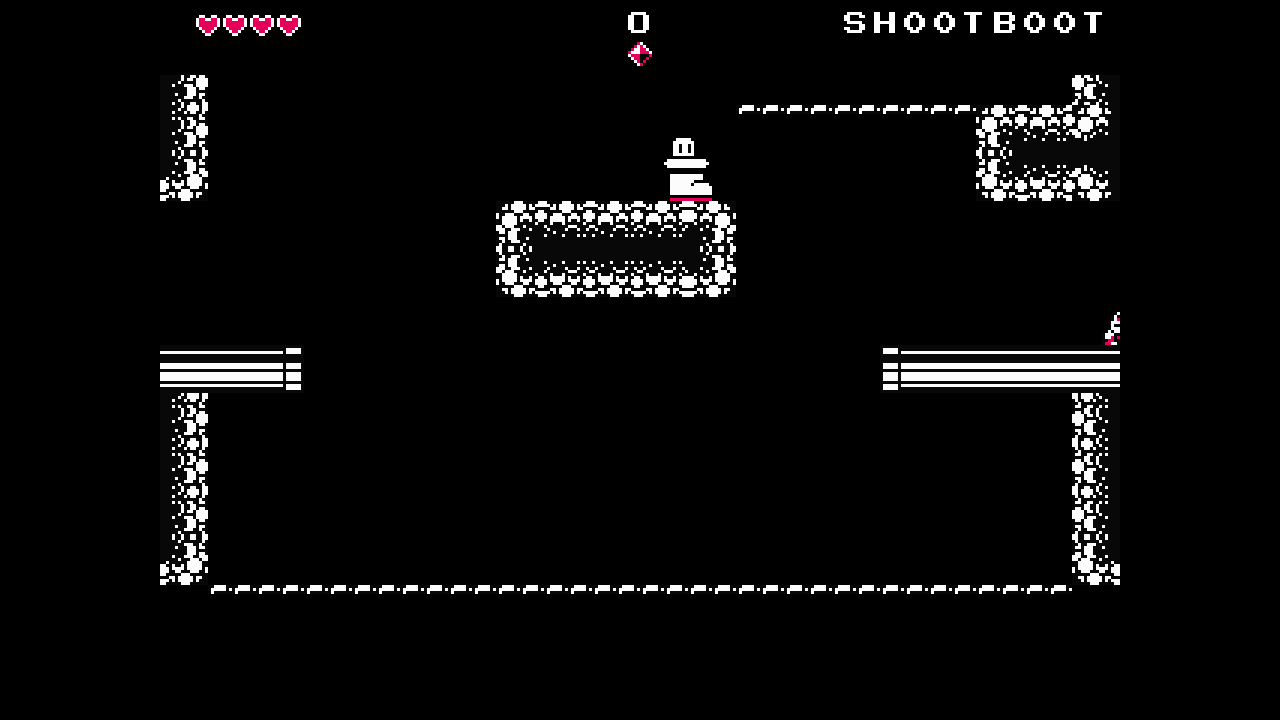 This seems to mainly exist as a reminder of how incredibly good Downwell is. I’m terrible at Downwell, mind, but I’d only been playing Shootyboots for a moment when all these memories of how fist-clenchingly exciting and fur-of-a-terrified-mole-my-cat-once-brought-in smooth that game was. Shootyboots, for its part, is quite fun. Because you’re a small thing in a big boot you can’t jump properly so you have to power up your jumps first. By denying you an option for mobility that it feels natural to have, its awkward fun in the same way some physics games are. B+.

Look, there's some more games but there's only so many times I can write "It's fun to hear what they've done with the soundtrack, then play around for a bit and have a little giggle at the very minor audacity of it all, but that's about it"

So. The Devolver Bootleg collection is cute, and the more of the games included you’ve played, the more giggles you’ll get out of what is essentially a one note larf. But also, I mean, literally right this second, you can go to Steam, click the ‘under £4’ and buy yourself Invisible Inc, We Need to Go Deeper, two copies of Hotline Miami (one for you and one for your landlady), Subsurface Circular, or four copies of The Witcher Director's Cut (Landlady’s cats), and that’s just on the first page or so!

Ask yourself this: Do you really need more empty irony in your life? Do any of us? We of course do because it’s a wonderfully effective way of numbing ourselves against the self-created horror that is the reality of living on borrowed time due to various catastrophic extinction scenarios of our own making. But hey, maybe a nice bit of sincerity might ease that along, too.

This sentiment, of course, does not include the soundtrack, which is sincerely full of bangers.