Parkasuarus was already an unbearably cute park simulation about raising dinosaurs, what with being able to put hats on them and all. It's at least 30% cuter now that you can get baby dinos by breeding two that you already love instead of just picking an egg up from ye olde dino baby store. The latest update to Parkasuarus' Early Access build lets you combine your dinos and adds a number of new maps to its campaign as well.

Fraser Brown was keen on the simulator when he gave it a Premature Evaluation last year, saying "the simple terraforming tools are surprisingly versatile, and you can make some really eye-catching exhibits with very little fuss." He did mention that after designing an appropriate exhibit for one of your bright-colored dinos there wasn't much incentive to keep managing them or return to check on them. Once optimized, exhibits would keep ticking along mostly fine. Now that you can breed them, there may be more incentive to continue coming back to your favorite triceratops.

To breed your dinos, they'll need to be at least 80% happy. If their exhibits don't offer enough privacy, toys, or the proper biome, you'll need to get to work fixing it. The product of your dino union will have color and traits chosen from those of its parents. You can even get more hands on if you buy a DNA machine, WashBear say.

"This helps you scan the new Kosmoceratops egg. Now you can adjust a slider to which parent you would like to inherit more DNA. You can see this adjusts the color of our baby along with other attributes such as scariness, love, and aggression. The unique personality traits of the parents are also inherited by the baby dino." 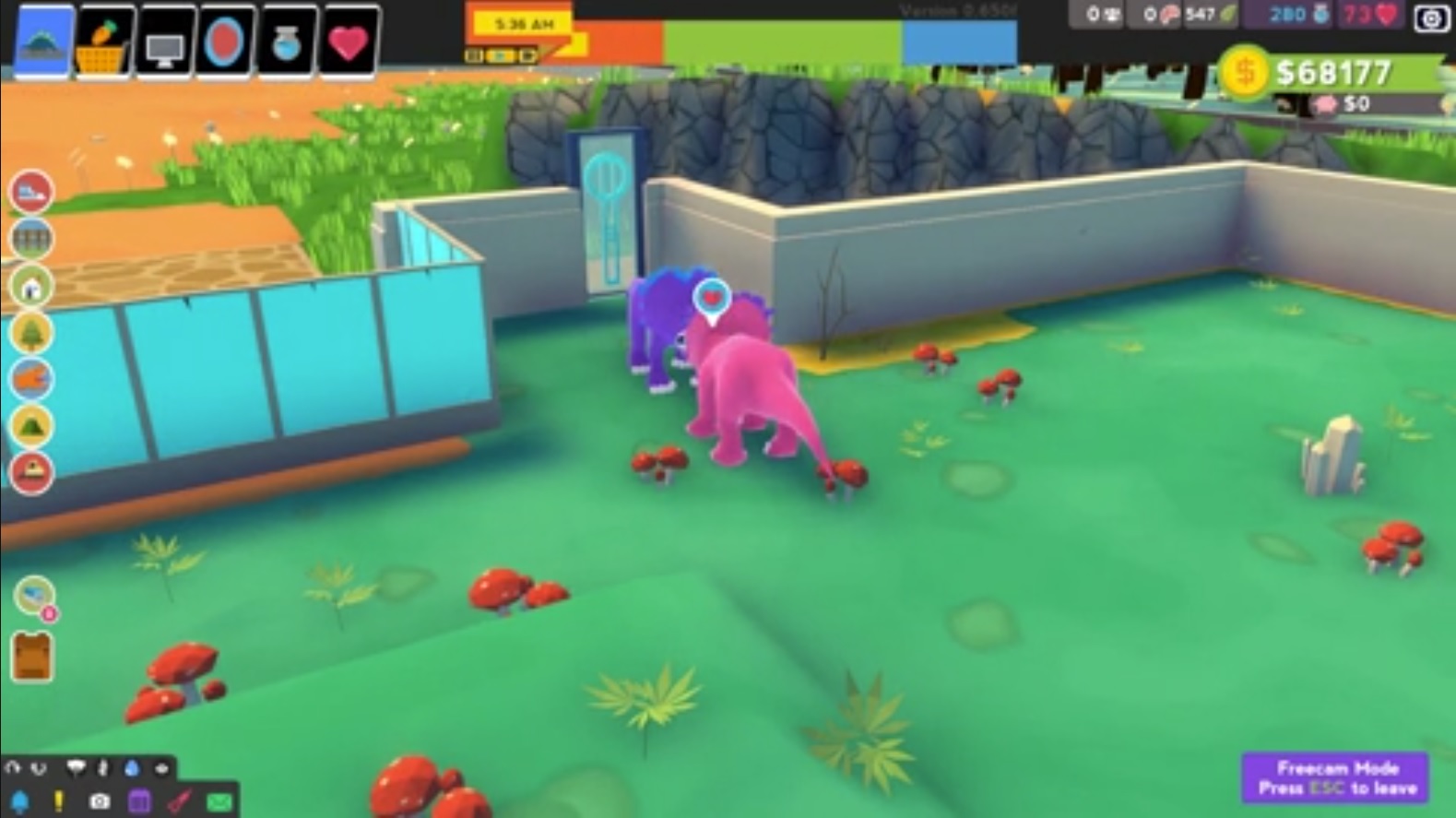 There are even more gifs and details about the breeding system in WashBear's breeding preview post on Steam. They've also detailed the other changes in the most recent update with very broad, non-specific strokes in another Steam post. New maps for the campaign are great to see but I'd be lying if I said anything caught my eye second to breeding other than "Ragdoll physics back!" Free the dinos and let them kick your guests around.