As tradition dictates, it is time to play Dracula Cha Cha. You've doubtless already played Skeal this month and been reminded of the power, the pleasure, and the pain we remember at this time of year. Now you're ready for Dracula to collect presents, dance the twist against Zombie Santa, use his Dracula Karate on snowmen, shoot nutcracker soldiers, and ride through Venice on the back of Rudolph's Vespa. You know Christmas is near when you hear Dracula Cha Cha blasting Jim Lowe's Green Door out my speakers.

Dracula Cha Cha is a one-button autoscroller made by Lobo (aka Spitoufs), inspired by Tomena Sanner. Pressing space handles jumping and all sorts of interactions and minigames, from duffing up snowmen to kissing babes on surfboards. Hey, Dracula loves the ladies. 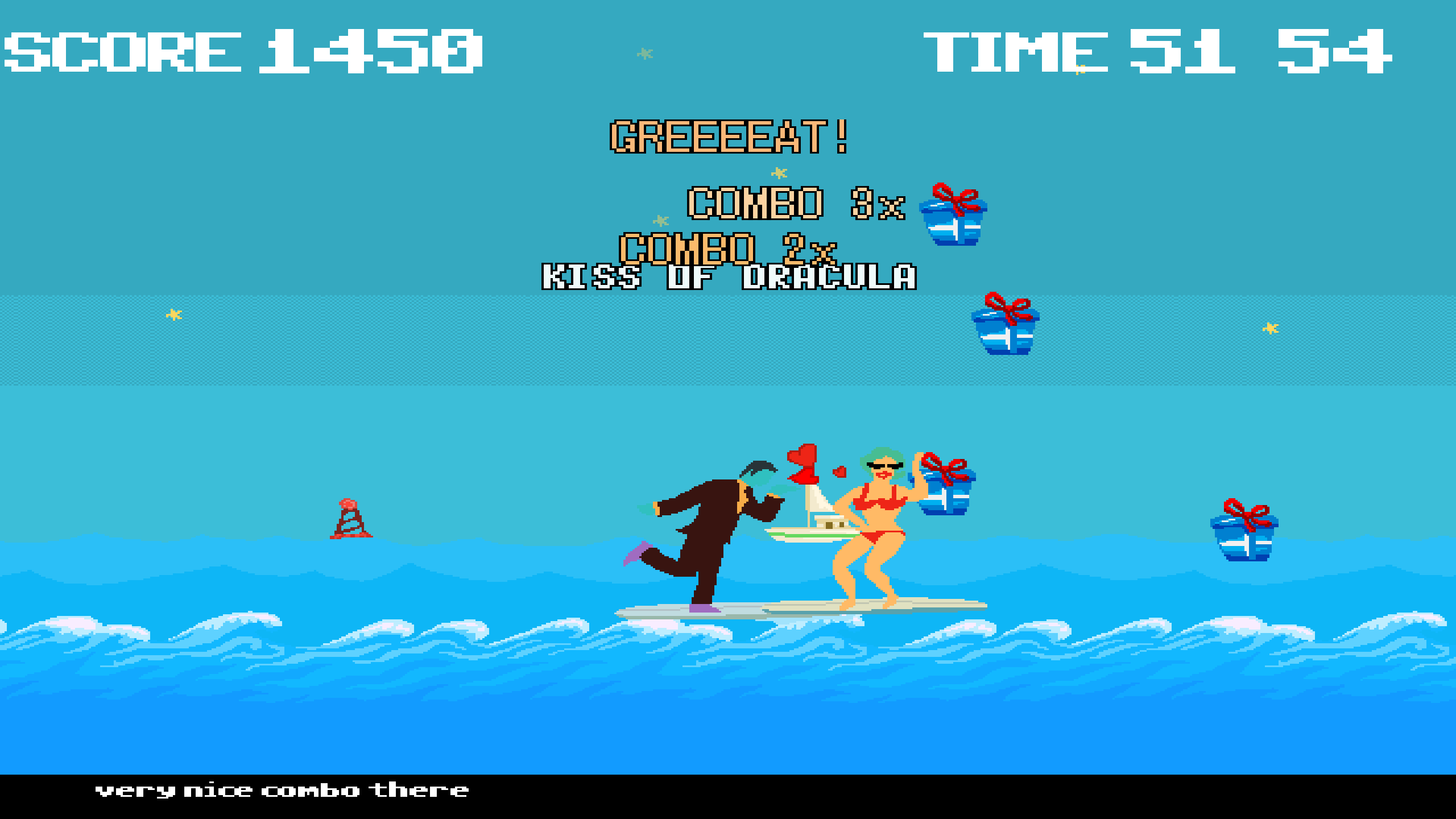 Green Door, the soundtrack to the first level, has firmly become a Christmas song in my mind. It's hard to believe Wikipedia lists all sorts of possible inspirations, from speakeasies to a lesbian club, but no one considers Christmas. "Midnight, one more night without sleeping?" It's Christmas, mate. Sorted. 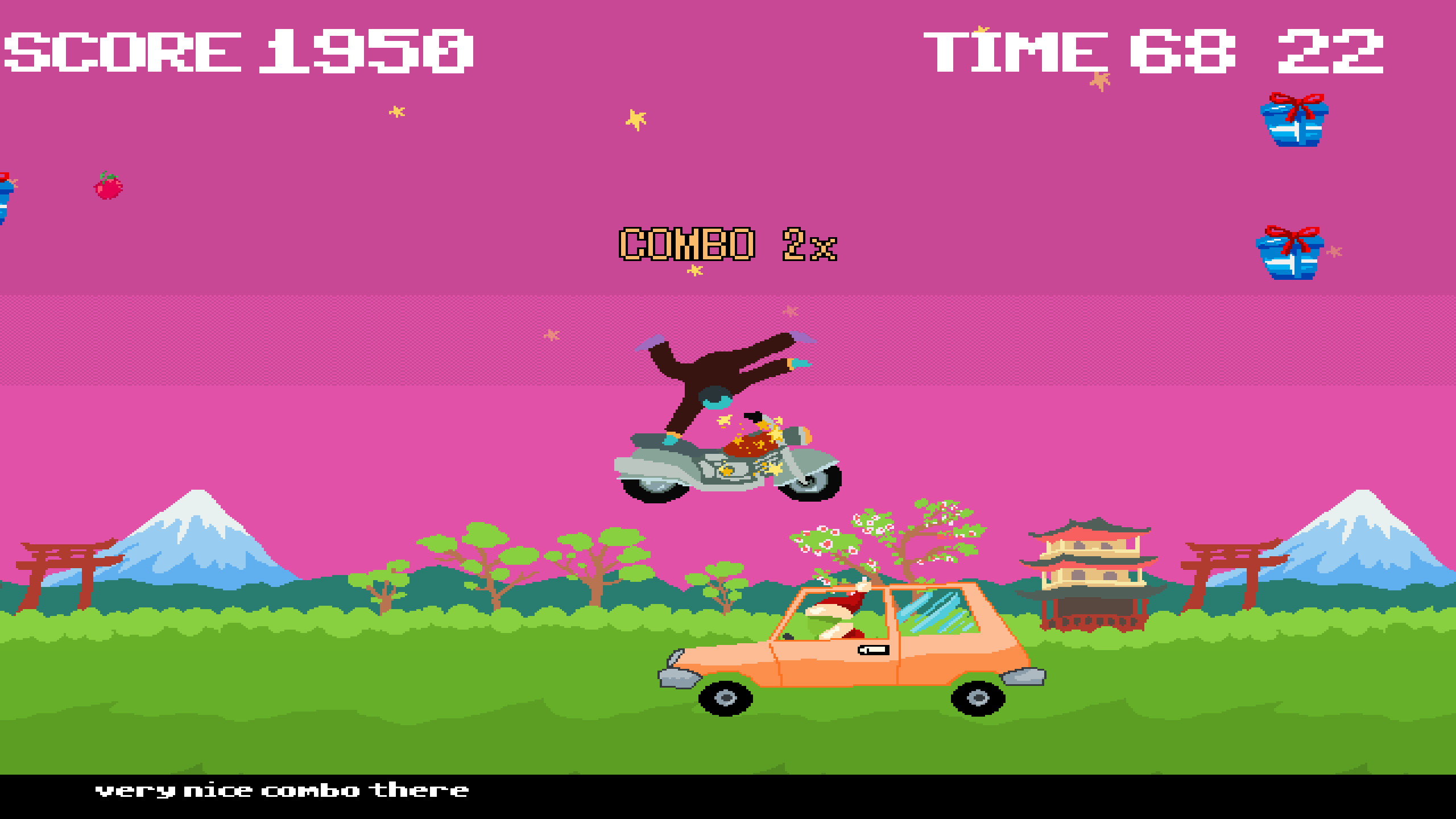 You can download the 2015 updated version of Dracula Cha Cha from One Switch, a site focused on games which accessible controls. I half-prefer the 2009 version because that's the one I played first (and it doesn't have a kinda unpleasant jungle level) but Windows now flags that as a dangerous file. I ignored the warning and played on but, well, maybe that means I'm under Dracula's thrall. You'll never know.