Certain tastes, scents, and experiences can immediately fill a body with Christmasness. Mince pies, mulled apple juice, playing Skeal, hearing Wham's Last Christmas down the Tesco... but it doesn't feel really truly properly Christmas until you've danced the Dracula Cha Cha. What could be more festive than everyone's favourite vampire striding across a world of 1960s pop and pulp culture, collecting presents, using his Dracula karate against snowmen, surfing, and beating Zombie Santa in a dance-off? Nothing. Except for a soundtrack including Jim Lowe's Green Door and The Trashmen's Surfin' Bird. Which Dracula Cha Cha has. Pure Christmas.

Made by Lobo aka Spitoufs, Dracula Cha Cha is a free one-key auto-walking minigame 'em up inspired by pocket telephone game Tomena Sanner.

Tap space to make Drac jump (and double, and triple), smash a snowman, steal Tarzan's loincloth, grab a nutcracker's gun and shoot him, boot an elf's car into the sky, fool a rhino with a matador's red cape... typical video game things. A few minigames are scattered across levels too, involving tapping or holding space in the right times and ways to roll a lion as a bowling bowl, compete in a bongo-off against a giant ape, shoot space invaders, dance the twist against Zombie Santa - y'know, more typical video game stuff. 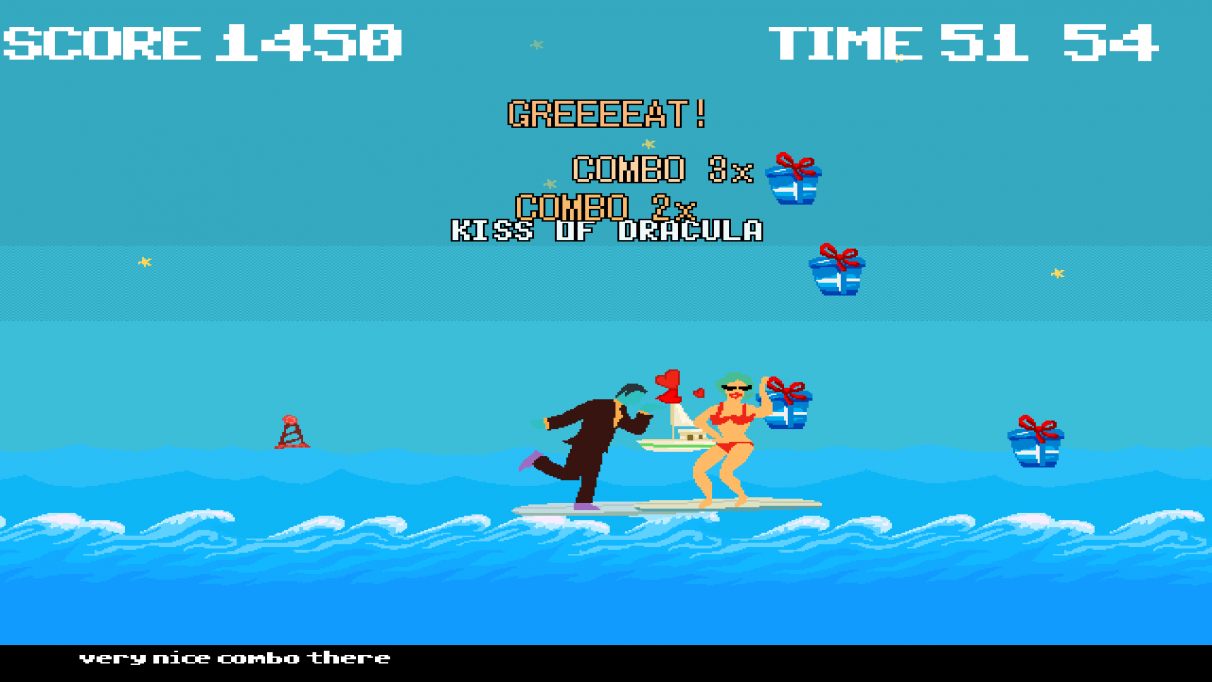 It's delightful. See strange things and do strange things, all as Dracula, all at Christmas. It is fun and good times and makes me smile. The soundtrack of vintage pop and novelty records is cracking too. Green Door has become a Christmas song in my mind because of this association.

The jungle level is a bit off with its stereotypical pygmies but I suppose that's the retro Tarzan-y 'jungle adventure' pulp vibe. 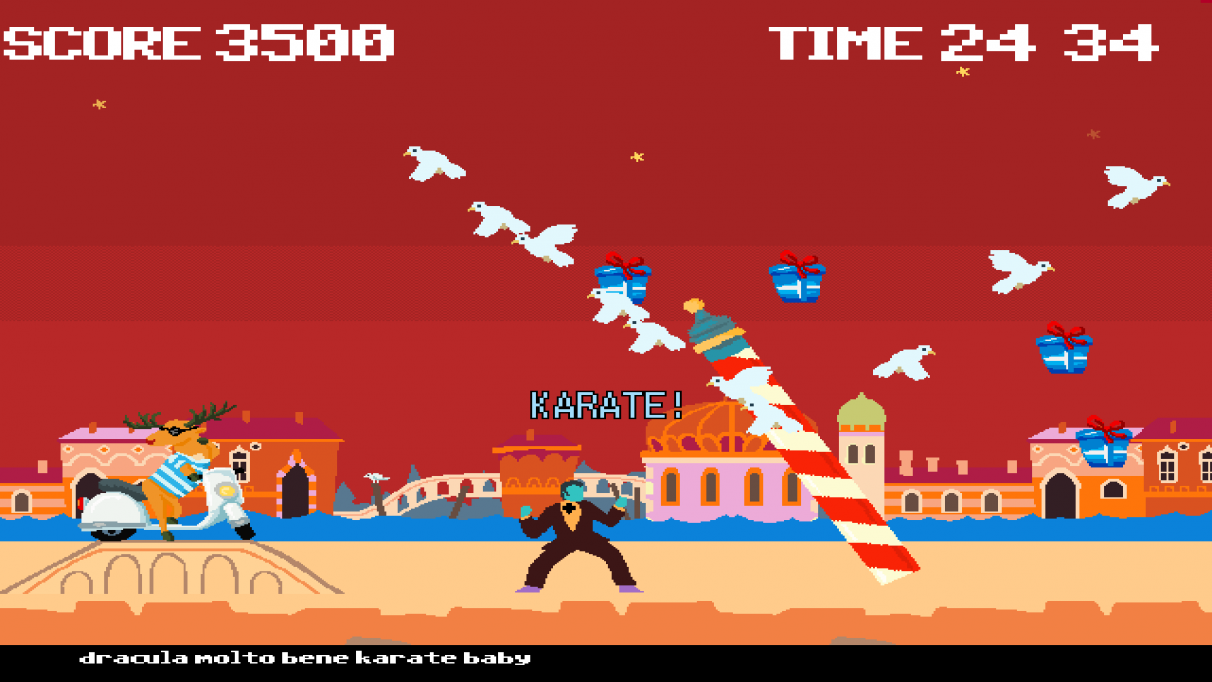 Official download links died long ago but you can still nab it from a mirror on One Switch. If this doesn't seem like the version you played, it probably isn't. An older one is available here if you'd like that.

I want to keep posting screenshots but I'll leave you to find more things yourself. 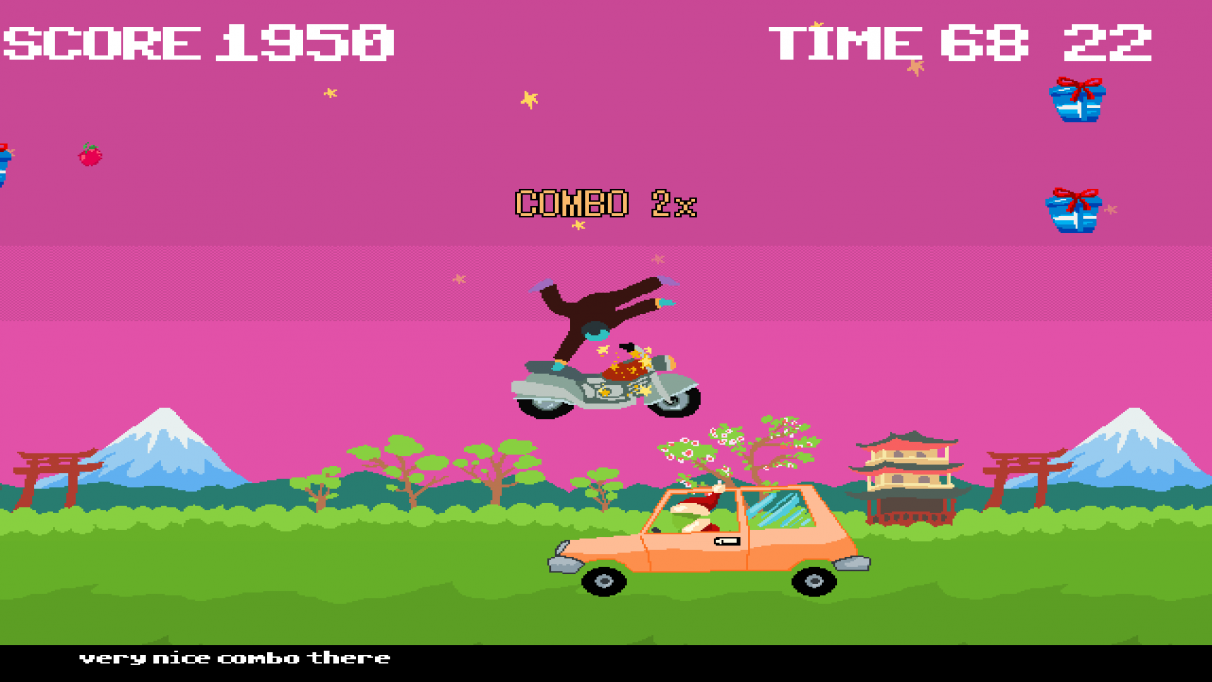