I only found out about the dad dating sim, Dream Daddy [official site] a few weeks ago when a friend brought it to my attention as we paddled in the freezing sea and toasted a wedding. Look, that is just how we roll - do not question my lifestyle choices. ANYWAY. The point of Dream Daddy is that you are a dad romancing other hot dads. So far so "why haven't we written about its existence on RPS yet?"

Well, the news of the game's necessary release delay means that at least I now have an excuse to write about it so let's make lemonade out of the late-running citrus delivery and have it on the site now. Also it's a great fit for my Beyonce image template so scroll to the end for that.

"You and your daughter have just moved into the sleepy seaside town of Maple Bay only to discover that everyone in your neighborhood is a single, dateable Dad! Will you go out with Teacher Dad? Goth Dad? Bad Dad? Or any of the other cool Dads in this game? With minigames, sidequests, and a variety of paths and endings, Dream Daddy: A Dad Dating Simulator is this year's most anticipated Dad-based game."

The screenshots look promising because a) there seems to be a pun-related coffee scene b) I learned what havarti was after reading the word in a screenshot and looking it up, and c) it just looks fun.

Dream Daddy was supposed to be out yesterday but, from a letter posted on the official Twitter account by co-creator Vernon Shaw, it sounds like even with a crunch period the game wasn't ready for players:

"As it went later into the day, it became more apparent with more late-game bug discoveries that this wasn't yet the version of the game we wanted to release. I checked in with all of the developers on the project with us, and while they were working as hard as they could, it was obvious that the last three weeks of sleep deprivation were taking their toll.

"We all sat down and talked to talk it through, ultimately deciding that we can't release the game tonight. We want to put out the good game that you all deserve, but to do that it's going to take a little more time. The plan right now is that we're all gonna go home, get 12 hours of much-needed sleep, and then come back to you tomorrow with a new release date."

"I want to personally apologize to all of you who've been waiting patiently for this game. I'm sorry for being silent while we were trying to figure out what to do. This wasn't an easy decision to make, but in the end I think it will mean that you'll receive a game that you'll love as much as we do."

The delay wasn't announced until a fair few hours into the scheduled day of release - it sounds like that was because the team still hoped to stick to the original release but eventually had to backtrack on that. In response to one comment on Twitter, Shaw added "Up until about two hours ago we were still confident we could do it. The rest of that time was spent having really hard convos."

The full post is here but reading the replies, I'm glad I had the luxury of coming to the news late because it seems like an initial wave of anger and frustration is now being drowned out by a bunch of people saying variations on "it's just a game, don't mess with your health to rush it out, we'll wait for the good version" or pinging supportive gifs the team's way.

What seems to have been the big flashpoint (as much as these things ever have one) is that the delay was communicated super late in the day and things like promotional streams of people playing the game has already been broadcast so there was a head of hype which the delay would need to skewer plus things like people booking time off to play the game as soon as it was released and then seeing others play the game they were being told they couldn't play because of livestreams. It sounds like Shaw and the team were hoping that it would be a case of at the last minute being able to go "WE DID IT YOU GUYS!" and have the fans be relieved instead of needing to delay and have everyone be sad.

I'm not sure what I would have done in that situation, not least because I have no idea what the exact issues were nor the processes in place for finding and fixing things along the dev pipeline. It sounds like the devs tried to do the right thing within the situation they found themselves but just didn't have the resources - time, sleep or otherwise - to make it work and it's sensible to acknowledge that and try to figure out what happens next. Also I can add it to my big book of "crunch is bad for everyone" quotes.

I think my natural inclination is to prime people for the worst and then surprise them with the best if possible. But with that logic I'd probably try to set an internal release date a week before the real release date to make sure it was ready on time and then keep my whole team in a locked room with no access to the wider world and thus the information about my lie.

I would not be a good person to work for. 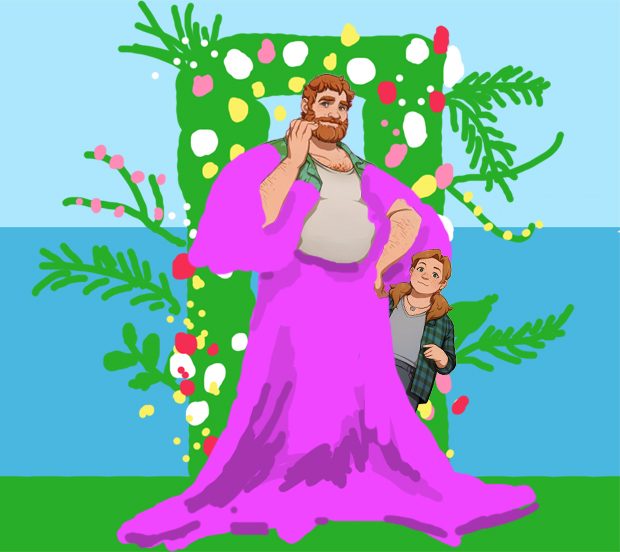