One lovely surprise in Sony's E3 pressblast was the appearance of Stray, a game about a lovely little cat with a backpack who's exploring a Kowloon Walled City-esque cybercity filled with robots. If that sounds familiar, it might be because it's been around in the works for years, formerly codenamed HK Project. I'd half-given up on ever seeing it again. But now I have! And the cat is: very good. And it has: a little robot friend.

"Stray is a third-person cat adventure game set amidst the detailed neon-lit alleys of a decaying cybercity and the murky environments of its seedy underbelly. Roam surroundings high and low, defend against unforeseen threats and solve the mysteries of this unwelcoming place inhabited by nothing but unassuming droids and dangerous creatures.

"See the world through the eyes of a stray and interact with the environment in playful ways. Be stealthy, nimble, silly, and sometimes as annoying as possible with the strange inhabitants of this foreign world."

More importantly, you can sit on chairs and act like you're people: 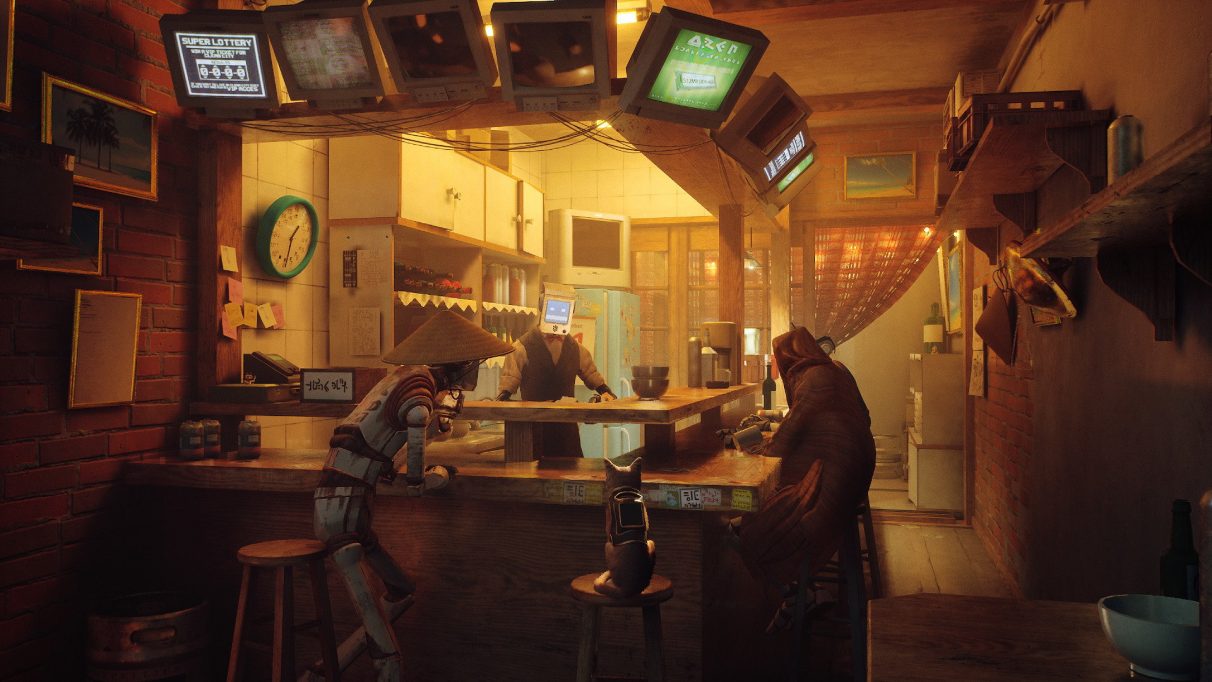 Stray is coming to Steam and PlayStation 5 in 2021. It's made by BlueTwelve Studio and published by Annapurna Interactive.

The name Stray was once being used by for a game about a dog by Robot Gentlemen, the makers of 60 Seconds. Not heard from that in a few years but, ah, I trust the lawyers have checked it.