As rough as its launch may have been, Fallout 76 remains a very popular game, with a large, dedicated and increasingly moneyed and geared player-base. Next week's big update for the game, due on May 7th, is bringing player-run stores to Appalachia, allowing you to set up automated vending systems for other players to buy your excess junk and ammo from, while siphoning off 10% of the sale to curb virtual inflation. Bethesda are also cribbing some notes from Destiny, and letting players trade in unwanted Legendary items for a new currency, used to buy more desirable rare gear.

You can see the proposed changes for the upcoming and boringly named Patch 9 here. The biggest feature is, of course, those player-run vending machines. Rather than manually stock them, they allow you to sell items direct from your stash that you've assigned a price, and will beam the caps directly to your wallet if you make a sale. Running a vending machine also puts a marker on the map for all players, along with a mouse-over list of items you've got for sale. It's a nice excuse to poke around other people's camps and a good way to trade ammo you don't need for ammo you do.

The new Legendary Exchange Machines will allow you to trade in your useless Legendary items (how many times you have you found a trash pistol or leg armour piece?) for Legendary Scrip. This new currency won't be usable at first, but can eventually be traded with a new NPC trader called The Purveyor, who - like Xur in Destiny - will be making regular appearances in strange places. She'll be offering a collection of specific Legendary gear, hopefully of more use than what you traded in. 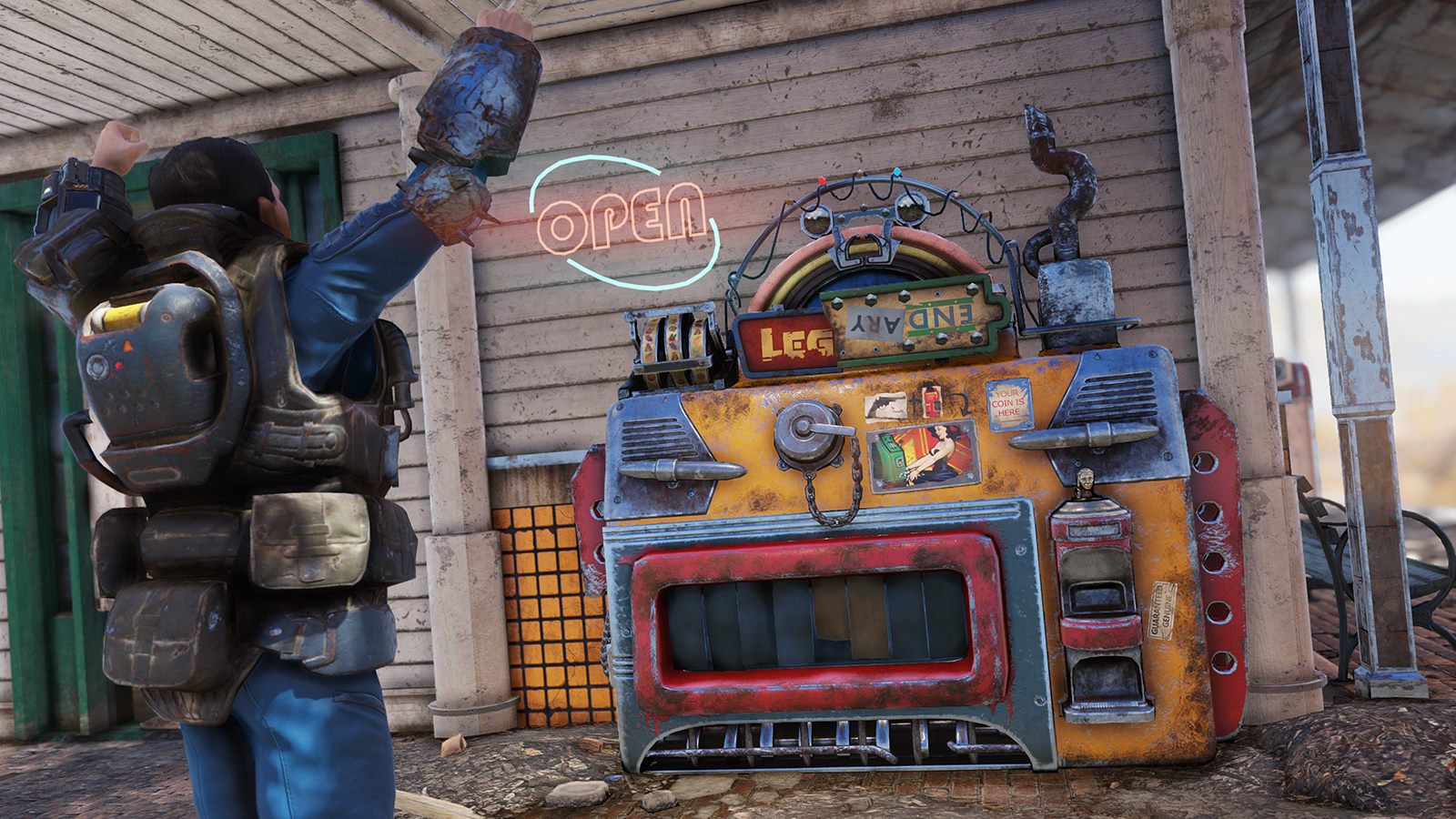 The May 7th update is also bringing a new scoring system for Survival Mode, with the fastest road to glory and fortune being murdering other players with higher scores than you. It's a big murderous king of the hill match, and that's probably just what some players want. Those who plan on doing those murders with plasma weapons will be happy too, as they're giving plasma guns a pretty major power boost. 30% more burn for your buck, to be precise. Crafting flamer fuel will provide four times as much burn for the same price, and cryo cells are almost half price too.

Display cases to show off your items are planned, but didn't quite make the deadline for this update, and will land in a couple weeks. Probably a good idea to hang those near your vending machines. It's nice to see improvements steadily made, although the cynic in me wonders how long they'll continue. Fingers crossed that Fallout 76 has the chance to grow into something special, given time. If The Elder Scrolls Online can be turned around, so can this.

Fallout 76, Patch 9 lands next week on Tuesday, May 7th. Check out the full notes here.