Power Armor, which is heavy plated apparel that makes you look like a space marine, can be found lying around in specific locations in Fallout 76. While most Power Armor has a standardised design there are some unique designs out there. So if you want to swagger into battle with Nuka Cola branded Power Armor, this is the place to learn where to find it.

Having that hulking Power Armor will only protect you so much from all the radiation that's out there. In this Fallout 76 Power Armor locations guide, I will show you where to find the various Power Armor types. Those looking for a beginner's guide to get started with Fallout 76 should have a look at our Fallout 76 guide. 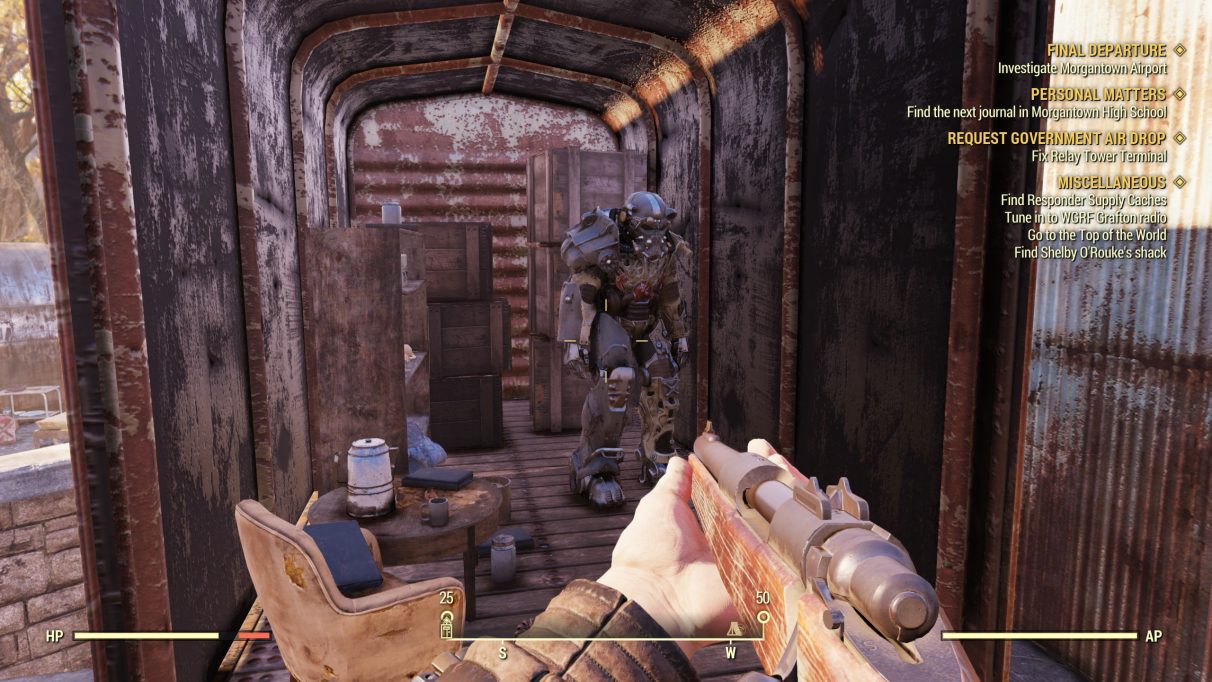 Since all Power Armor parts are items left in the open world, they are free for anyone to take. You can wait for them to respawn but knowing where to find them in the first place is half of the battle.

Below are some locations of interest should you want your own set of Power Armor. Most of them are found near Power Armor Stations but there are a few that are on deceased Brotherhood of Steel soldiers. All of the locations are separated by region into multiple tables below. To see if there is Power Armor in your location, type the location name using the search bar for each table.

When you come across a Power Armor Frame, you should take it. These are often found next to Power Armor Stations. When you find Power Armor, you can lock the frame to you quickly by removing all the Power Armor parts, then entering the frame.

Equipping any Power Armor gives you a strength bonus, some resistance to damage, and total immunity to fall damage. If you want to know all the stats for all of the Power Armor variants, including the perks that some of the parts grant you, head to our Fallout 76 weapons guide.

Just be sure to stock up on Fusion Cores. Power Armor guzzles fusion energy like modern mobile phones guzzle battery power. Should you should run out of juice, Power Armor will just weigh you down: your speed is reduced dramatically and you won't be able to use the torch or V.A.T.S. To get more fusion cores, either craft them at your CAMP or find Fusion Core Generators at larger named locations on the map.

That is everything you need to know about Fallout 76 Power Armor. There are many guides listed below for the game, detailing things like what each perk card does and what you need to craft certain weapons. We also have some dedicated guides to the new stuff that appeared in the Wastelanders expansion: