Fallout 76 has more stuff trying to kill you than ever before. It's not just the local mutated fauna as other players are likely to shoot first. You'll need good weapons to defend yourself: melee weapons, ranged weapons, maybe an explosive or two. Perhaps the only way to get an enemy off your back for good is to make them eat a Fat Man nuke.

While the weapons aren't massively different in how they shoot things compared to the weapons from Fallout 4, they now have levels in addition to the multiple mods you can add to them. In this Fallout 76 weapons guide, we will go over how to make weapons, where to find and applying weapon mods, and where to find the bow in the Wastelanders update.

Those looking for a guide to get started with Fallout 76 should have a look at our Fallout 76 guide. Weapons work in very much the same way they've always had, but there's a couple of things to keep an eye out for, such as the condition of your weapons.

How to craft weapons in Fallout 76

At any weapon workbench, you can make your own weapons provided that you have the relevant materials. These require recipes for that weapon. You'll need to scavenge the world for notes of the relevant weapon, or to break down any copies of that weapon you have crafted.

The workbench is also conveniently where you repair items, which is important because broken weapons do nothing for you. Weapons in perfect conditions can be scrapped for an increased chance to obtain the recipe for that weapon.

Keep an eye on condition

One of the stranger and unexplained things about Fallout 76 is that no matter which weapon you create or find out in the wild, it will have a different maximum condition. For a visual demonstration of this, click play on the GIF above. Note how the maximum condition will go up and down despite the fact that both weapons are the same type of weapon, have the same stats, and don't have any modifications attached to them.

That isn't to say that modifications don't do anything at all as they definitely affect your condition. Weapons also degrade quite quickly, so make sure that you have a fair quantity of junk to repair your gear with.

How to get the bow in Fallout 76 Wastelanders

With the Wastelanders update, there are some new weapons that were introduced. One of them is the bow and the easiest way to it is to buy the recipe. The recipe can be found at either one of the vendors in the new settlements: the raider stronghold at the crashed space station in the northern part of Appalachia, or the settler town of Foundation near Spruce Knob to the south.

You can buy the plans for the bow for roughly 300 caps once you have got a relationship status of at least "cautious". Once you've bought it, make sure you've read the recipe. The recipe will be listed in the machine guns list and is crafted in the tinker workbench.

If you want to save on caps though, there's a quest at the Wayward that if you complete, you'll get the recipe for the bow.

Getting the compound bow

Do you want something with a little more punch? There is a compound bow that you can get, but you need to put in a lot more work to get it. Keep doing favours for one of the two factions (Settlers or Raiders) to increase their approval of you to "ally".

This is the highest rating and will give you access to more items via their vendors. Find out more about the factions in our Fallout 76 factions guide. 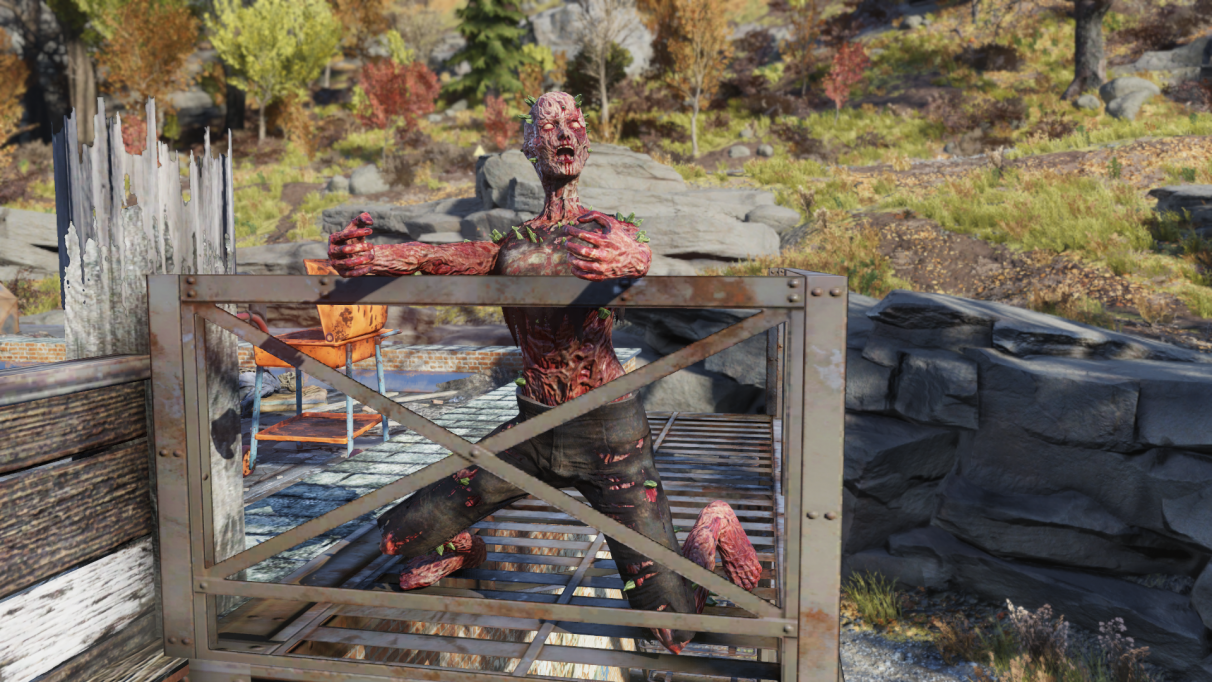 The simplest way to grab modification recipes is to scrap weapons. You'll get a random recipe for a mod that you can then craft and attach to your weapon of choice.

These mods can do anything from putting a new sight onto a gun, to turning a machete's blade into a serrated blade to add a bleed effect per hit. It's worth gathering some extra gear whenever you see a workbench nearby, just so you can nab those recipes.

What are exceptional weapons?

Naturally, there are certain weapons that are just flat out better than others, or indeed "Exceptional". The ways you obtain them are either based on completing certain Events or quests. These weapons are usually based off a particular base weapon, say a Snubnosed .44 Pistol, and add more stuff on top of that. These weapons can't be scrapped either, so you don't need to fret too much about anything other than maintaining them.

Some of these weapons, namely the Voice of Set and Blade of Bastet, can be upgraded at weapon workbenches as you increase in level as well. Below are all the Exceptional weapons that are in the game, as well as where to find them. 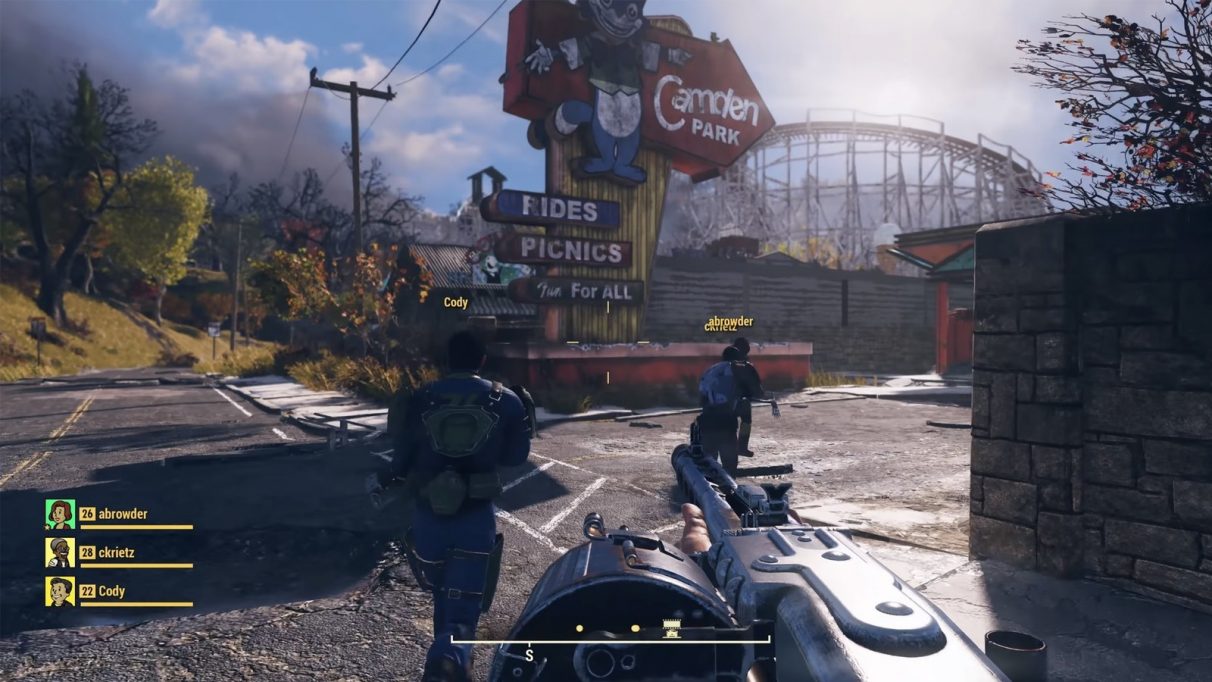 There are a huge number of weapons that you can create at workbenches. Each one has an associated level with it, so naturally the better the level, the better the stats. It's also worth noting that the corresponding bullets for ranged weapons can be created at Tinker's workbenches.

There are three tables below that describe all of the ranged weapons, melee weapons, and all of the legendary weapon effects.

Sometimes you'll randomly find some especially good weapons out in the field, mostly on legendary enemies. If an enemy has a star next to its name and is randomly restoring its health, these are the enemies that have a good chance of dropping legendary gear.

You may receive good weapons as part of a quest reward too. Given that they're randomised drops, we can't give you much more advice  than that to track down legendary weapons, but here are the ones we've seen in the game thus far:

These are all of the Fallout 76 weapons. We hope you'll check back soon as there's the many quests that the game has throughout the ruined world of Appalachia, what each perk card does, and what you need to craft certain weapons. But for now, do check out the rest of our guides below: