Fan favourite Call Of Duty: Black Ops 4 esports team FaZe Clan’s World League run was halted last night as they took a 2-3 loss to Luminosity Gaming. But there's rumblings that they wuz robbed, after both teams completed their win-conditions near simultaneously. Though FaZe appeared to capture their control point a half-second before being eliminated by Luminosity, the game ruled in favour of the latter, and referees chose to uphold the loss despite the inconsistency.

The game in question took place on the Seaside map, and clips clearly show FaZe’s Tommy “ZooMaa” Papparatto getting credit for capturing the point, which should have ended the game with a FaZe victory. But before the game registered this, Luminosity’s Josiah “Slacked” Berry wiped out the two remaining FaZe members. This, the game happily accepted, handing Luminosity the win.

It’s a bit hard to tell from the clip, but it is clear that ZooMaa gets the capture credit (on the left-hand side of the screen) before Slacked even makes it through the door (and that he’s still alive, there are his feet all the way at the top). 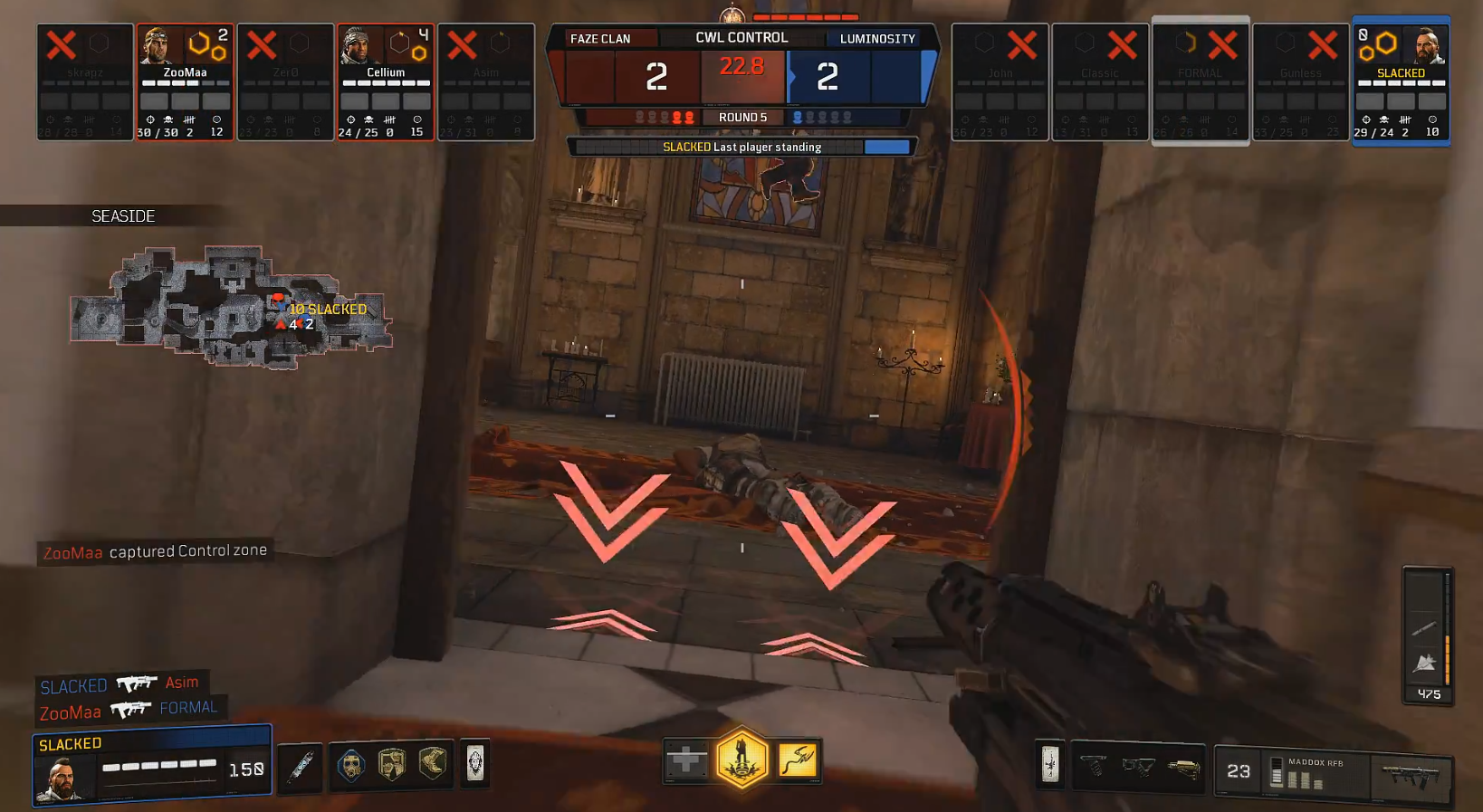 This inconsistency is apparently a known one among the community, and it doesn’t seem especially rare. In fact, Luminosity were on the other side of it in an earlier game just one day earlier.

But with FaZe being the clear crowd favourites, it’s not surprising that more people latched onto the issue. Activision haven't yet made any kind of statement about this match or any other example of the inconsistency, so whether they're thinking of patching the interaction or otherwise trying to alleviate its competitive impact is unknown.

Still, with so many people desperate to prove that esports are real sports, this is just the kind of upset that you need. What’s a rivalry without having something to blame for all your losses, whether it be a slippery pitch or a strange video game quirk? And now we can all come together in that hallowed tradition, passed down for centuries: grousing about the ref.