From the studio which brought you Neo Aquarium: The King Of Crustaceans and Ace Of Seafood comes a game whose name tells you everything: Fight Crab. We've marvelled before at the series about heavily-armed crustaceans having a square go, and now we have a release date for the latest, July 30th. This series has been running for eight years and I still laugh at the idea. Fight Crab!

Fight Crab, right, is about fighting crabs. These beasts are near-immortal, immune to even the mightiest battering, but rendered helpless if flipped onto their back. So it's a physics-based brawler about flipping other crabs, with a little help from weapons. Fight Crab has 48 weapons including broadswords, axes, katanas, fans, sickles, flails, lances, shotguns, fish, katars, shotels, drills, halberds, chainsaws, jet engines, maces, electrowhips, and lightsabers - standard crab stuff, really. It has 23 crustacean species too, including Attenborough favourites like the Christmas Island red crab and Japanese spider crab.

Along with a singleplayer campaign, it has online and local cooperative multiplayer as well as PvP rumbles. Hang on, I've just noticed this crab is riding a seal: 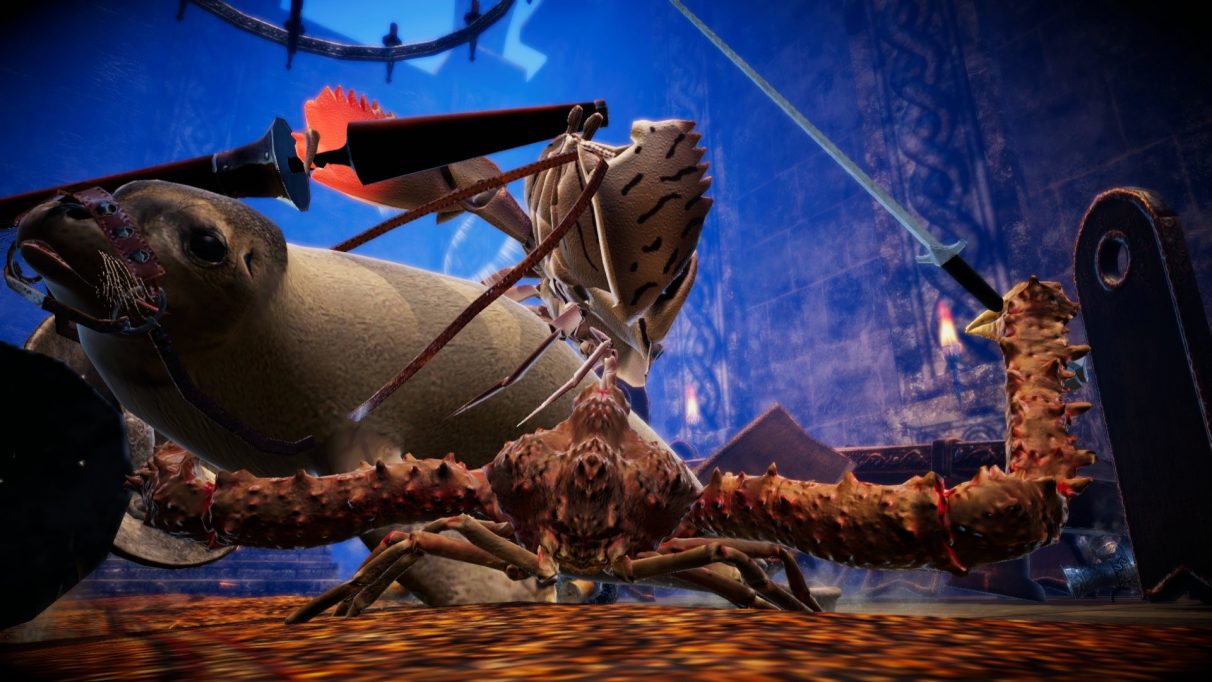 Fight Crab has been in early access on Itch since August 2019, and will launch full and finished on Steam on July 30th. It will cost $20. It's coming to Nintendo Switch too. See its website for more.