Y'know how on Friday the news sacks it off to lark about with lighthearted stories? Skateboarding Otter Saves Orphans From Towering Inferno. Child Falls Over But It's Funny. Groom Wears Beard Of Bees To Wedding. That sort of thing. Here's one for you: the latest character skin added to Fortnite Battle Royale is an armoured chickenman sparked by an idea and scrappy drawing from an eight-year-old boy, which his dad posted on Reddit. This 'Tender Defender' will not rescue a child from a well, have its chips stolen by seagulls, or parade around South Queensferry in a suit of burrs, but it's a cute story, innit?

"For the last couple months my 8yr old has consistently asked me to submit this suggestion to Fortnite developers," Reddit user "tfoust10" posted in September. "So... There you go." 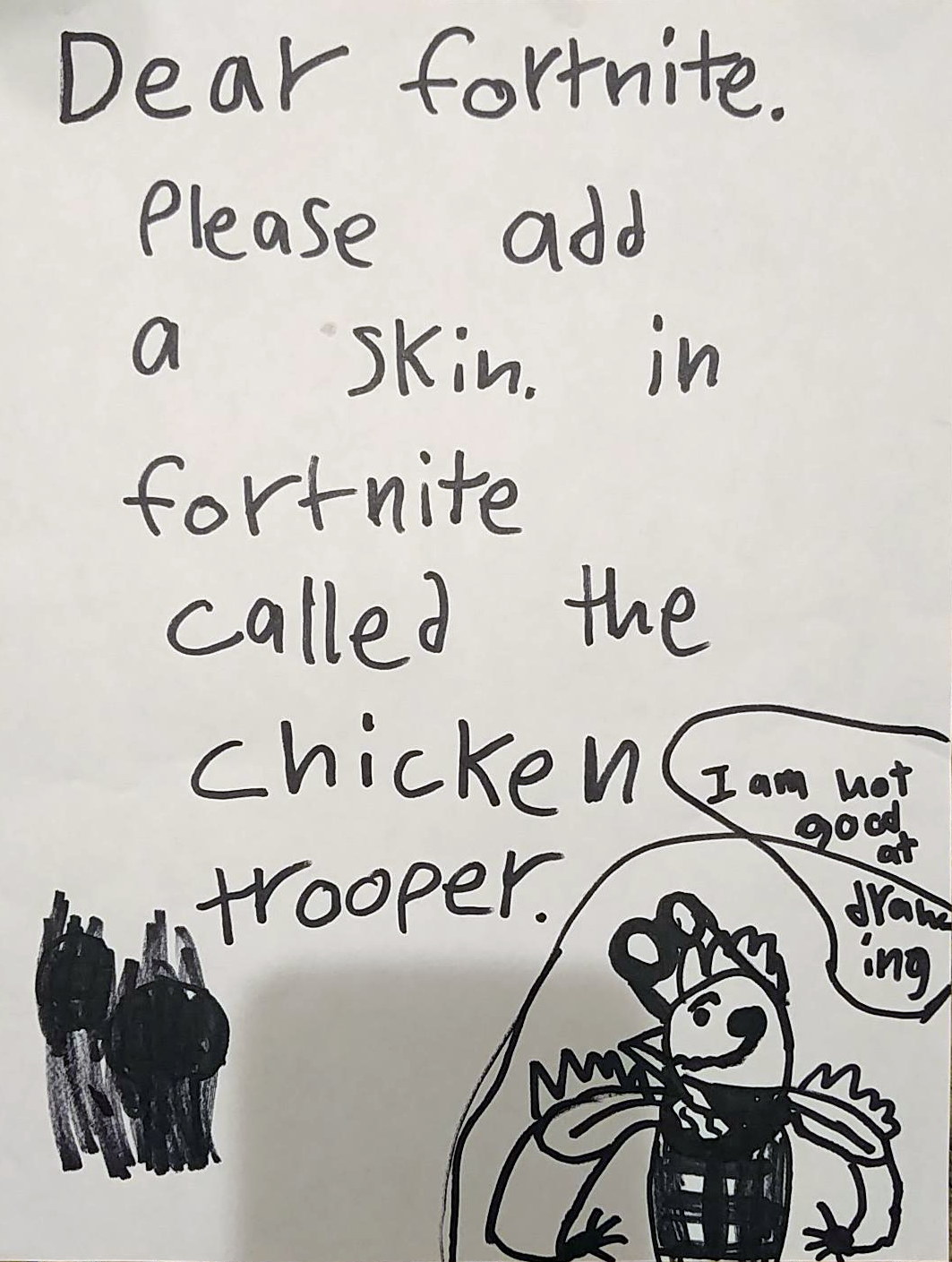 "I am not good at drawing," it says in the corner. Look, I said it was sparked by his idea, not an exact implementation of it.

The dad explained he'd left his son hanging for months "because I did not understand what he meant by a 'skin'. However, after he spent some of my money (with my permission) on a skin, I investigated further and realised that skin meant outfit. Forgive my ignorance, I apologise for this hiccup."

The post got heaps of attention, and inspired a more polished concept by Ryan "Etsyturtle2" Bredahl, who tagged on the name 'Tender Defender'. 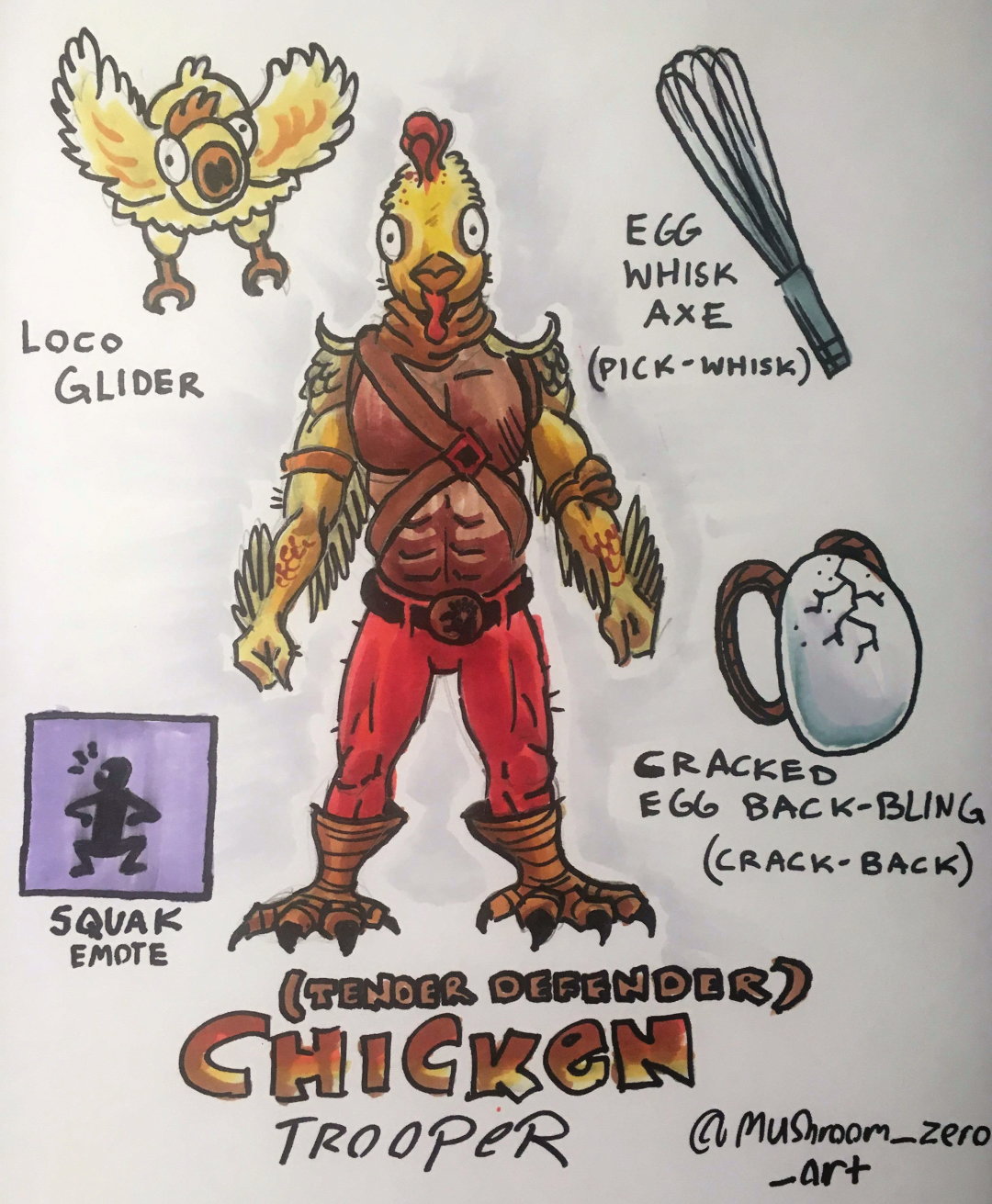 And that's basically the outfit Epic added to Fortnite this week as the Tender Defender (so not the Chicken Trooper the kiddy requested, really). Paired with an eggy backpack, it's now now in the game's store for 1500 V-Buck-Buck-Bucks (about £12). 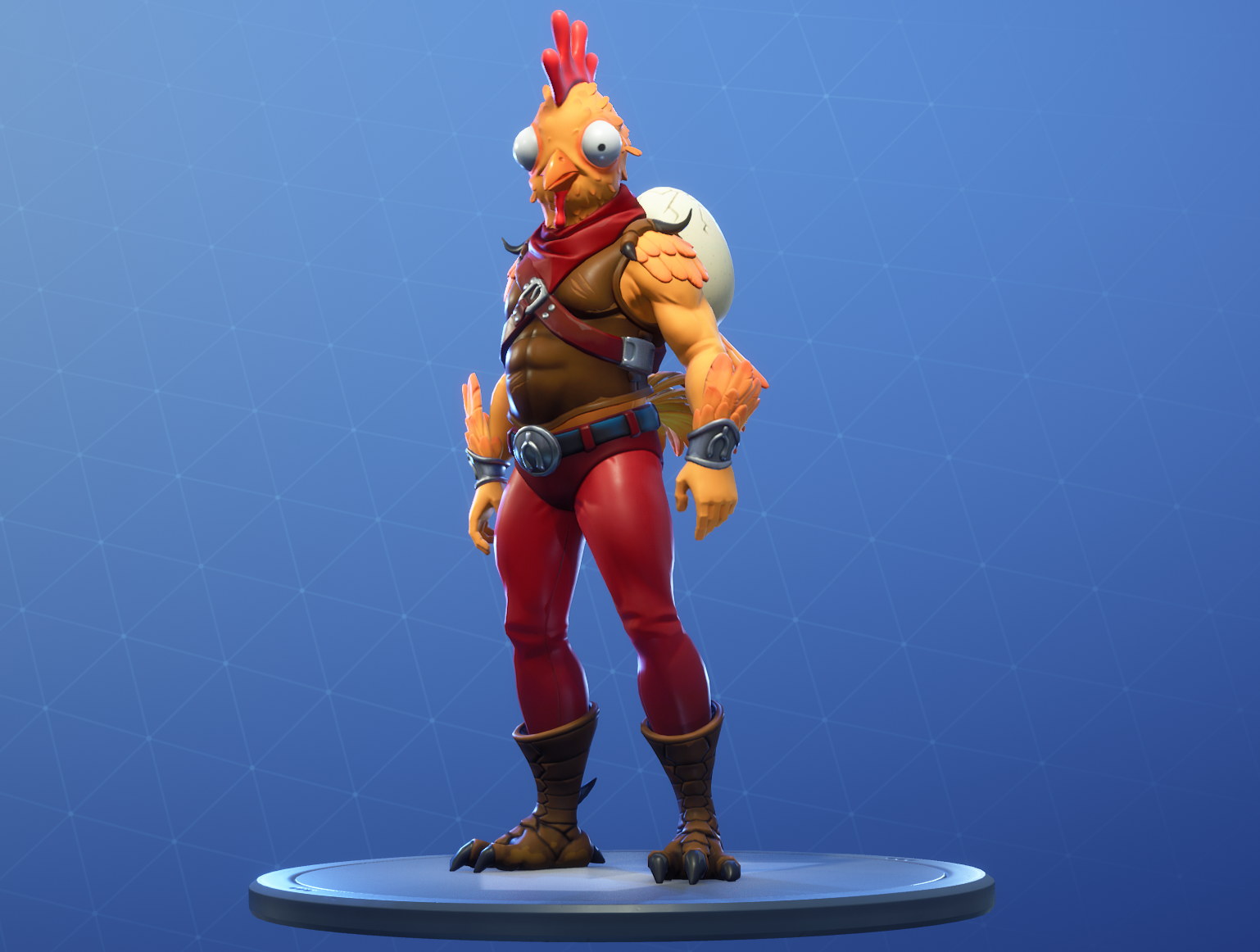 And yes, Bredahl says, he "got paid". That's more than can be said for the creators of many dance emotes Epic sell, which have done a lot to help make Fortnite a cultural phenomenon.

"We are so excited," the dad posted last night. "I surprised Connor with the skin (right before we had to leave to an event) and he and his brother loved it. Thanks to everyone on Reddit who made this possible. You made his day. He is sporting a permanent grin. You guys made me the coolest dad alive."

Epic have put a number of fan-favourite ideas into Fortnite before, including the Haunted Hills location, burglar skins, and a kid's dance which lost a competition but won people's hearts.

I'll try to chase down that heroic otter for you.