Always ones to have their eye on new niches, GOG - once focused on the preservation and distribution of old DOS games - have just announced that their Galaxy launcher is getting an overhaul. Galaxy 2.0, as they're calling it, claims to keep track of your entire games library whether it's on Steam, Epic, GOG or even consoles, and act as a universal launcher for PC games. An ambitious new feature, and if it actually works it could be a useful piece of software to have around. Sadly, we'll be waiting a while longer, as GOG have only just started taking beta testing sign-ups for the new version here.

As work requires me to keep up with whatever's new in games, I've now found myself juggling over thirteen different launchers for PC stuff, and that's not counting MMOs . In all seriousness, a universal launcher (even if it does require me to open or occasionally close another app) would probably be helpful for organisation. This isn't the first universal launcher app out there - Playnite even looks similar to the GOG Galaxy 2.0 interface - but the fact that an existing piece of software I'm using is offering it as an extra feature might be enough to convince me to use it. 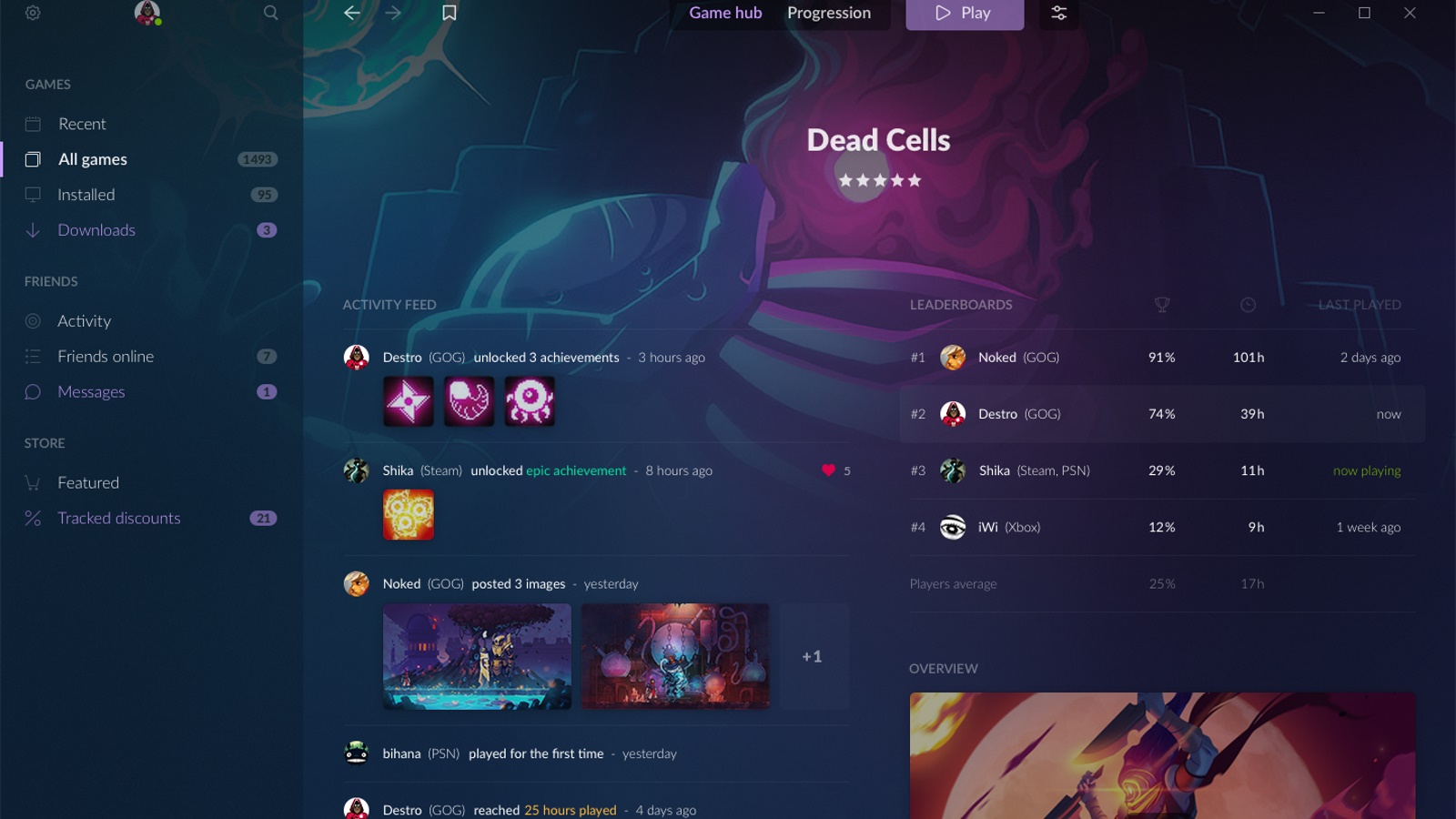 Where it'll all hinge is its compatibility. If there's any of the major stores that Galaxy 2.0 can't import data from, or launch games from, that'll almost certainly torpedo it. There's also the issue of friends lists, cross-launcher achievement tracking and all that jazz. There's so many systems in play these days that I'm sceptical that one piece of software could make it all behave in near-seamless fashion, but I'm happy to be proven wrong. While GOG claim to be negotiating for official integration, at launch they'll offer open-source "community created integrations".

GOG are keen to stress that there's no spying going on with Galaxy 2.0. Or at least, none that you don't specifically authorise. While gathered data about your library will be stored on GOG's servers, rather than one PC, they promise that there'll be no data shared with third parties, and you'll be able to delete it all from their end if you so wish. It's basic data protection 101 stuff, and it seems unlikely that Galaxy 2.0 will ask for your login details on other stores, but it's good that they put it up front. Likely as to nip any rumours in the bud early.

Sign-ups for the GOG Galaxy 2.0 beta are here, along with more info on the launcher. There's no specific date planned for the beta or any final release. All of this will be free.