You'll soon be able to buy games off the Epic Games Store from inside the GOG Galaxy client, as part of GOG's plans to expand their launcher's built-in store. No, this does not mean Epic exclusives will be coming to GOG's own store. Yes, you will still need an Epic account. Yes, it is a bit weird, but I suppose adding new stores fits with GOG Galaxy's goal of being the launcher and library encompassing all other platforms and libraries.

GOG explain in today's announcement that starting with a "selection of hand-picked" Epic exclusives in a closed beta, they're going to let folks games buy Epic Games Store games inside GOG Galaxy, as well as games from their own store.

Their example screenshot of a store page for The Outer Worlds inside GOG Galaxy notes that "You can install and launch [the game] via both GOG Galaxy and Epic Games Store client", so it sounds like you can skip using the Epic launcher, which would be a small blessing. The screenshot also notes that yes you do need an Epic account, and buying Epic games through GOG Galaxy will add them to your Epic account.

I've no interest in Galaxy's sprawling list of every game I own on every store but if we really can install Epic games directly through GOG's client, I'm maybe interested in that. Until I have a go myself, see how all the bits integrate, I'm not sure quite how excited I should be by this. Though since this is a substore GOG are running, it'll offer GOG's 30-day refund policy rather than Epic's 14-day one. And GOG will get a cut too.

"The new store inside GOG Galaxy operates like any other store," the company told us. "It means we're selling games and earning a cut out of these sales."

Galaxy's Epic integration is currently in invitation-only closed beta testing. "There is still plenty of work ahead of us," GOG say, noting that they plan to expand the catalogue over time, so it might be a while before the full launch. 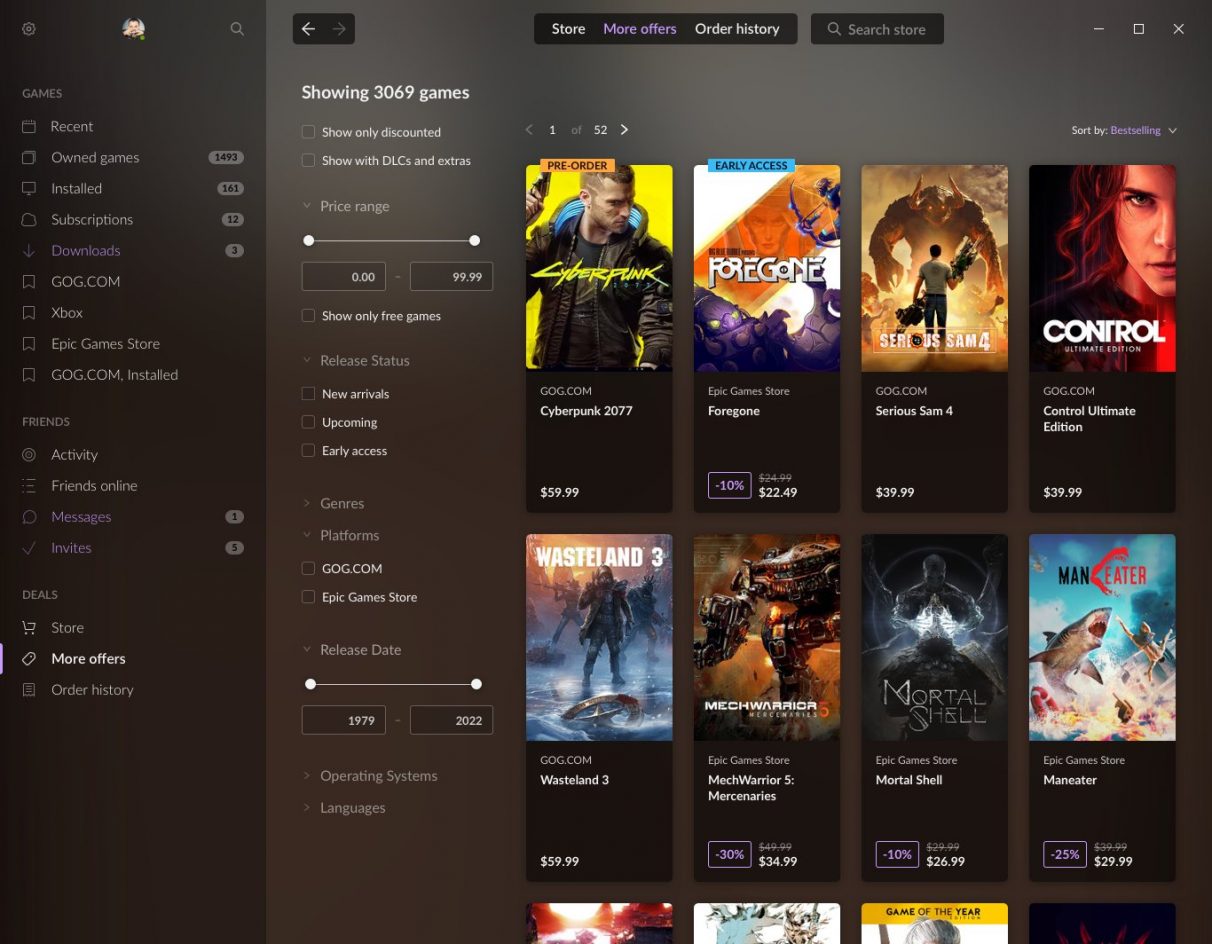