One of the last things I expected to do in Samorost 3 was have an impromptu jam session with a singing frog hippo, bopping lizard ferret and tooting fish fox. Apparently they like busting out some tunes when the fuzzy bee bums on the nearby reeds are arranged at specific heights, and they really get into the groove when you start dancing alongside them. It remains one of the strangest, but ultimately most satisfying puzzles in the entire game, and I'm glad I got to witness it before they promptly fell asleep again, those lazy sods.

To be honest, Samorost 3 is packed to the brim with strange creatures and odd fusions of alien-looking animals, including a giant spiky tortoise with bubble-wrap-like air pockets on his shell, and this truly psychedelic moth thing whose long antenna double up as vibrating sitars. 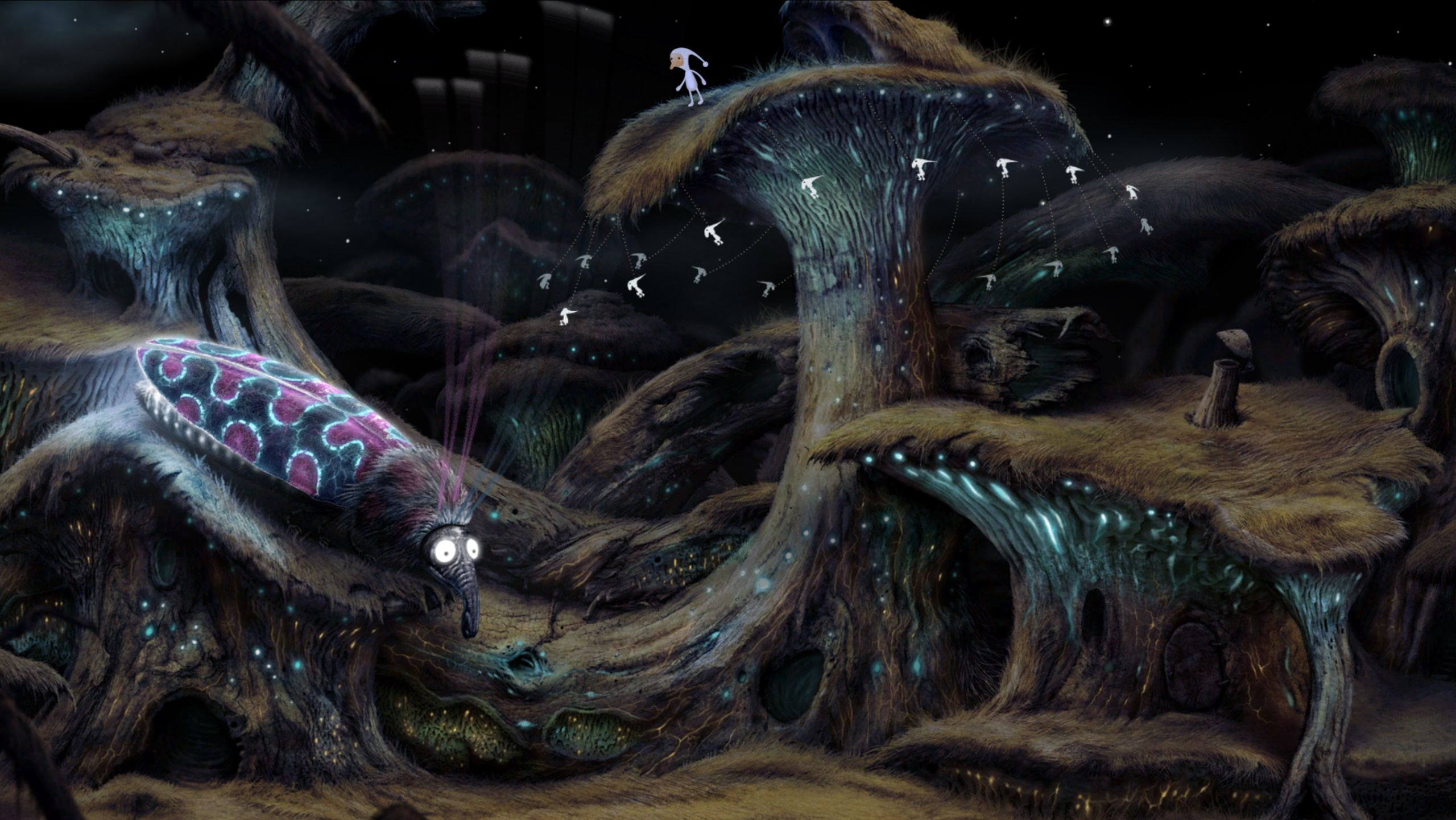 In other words, it's classic Amanita Design, the folks wot made Machinarium, Chuchel and other puzzle-y delights such as the recent Pilgrims and upcoming Creaks. It's the kind of game where every frame of this point and click puzzle adventure is even more weird and wonderful than the last, and where you'll spend more time staring at its beautiful artwork than solving its clever riddles because you just want to drink in every last pixel.

I can't remember how much time I spent gawping at this bulbous beauty, for example, because hot damn, this tortoise is just astonishing to look at, and its bubbly backside is immensely satisfying to poke and prod. I'm sorry, tortoise pal, but you're just too handsome to ignore. 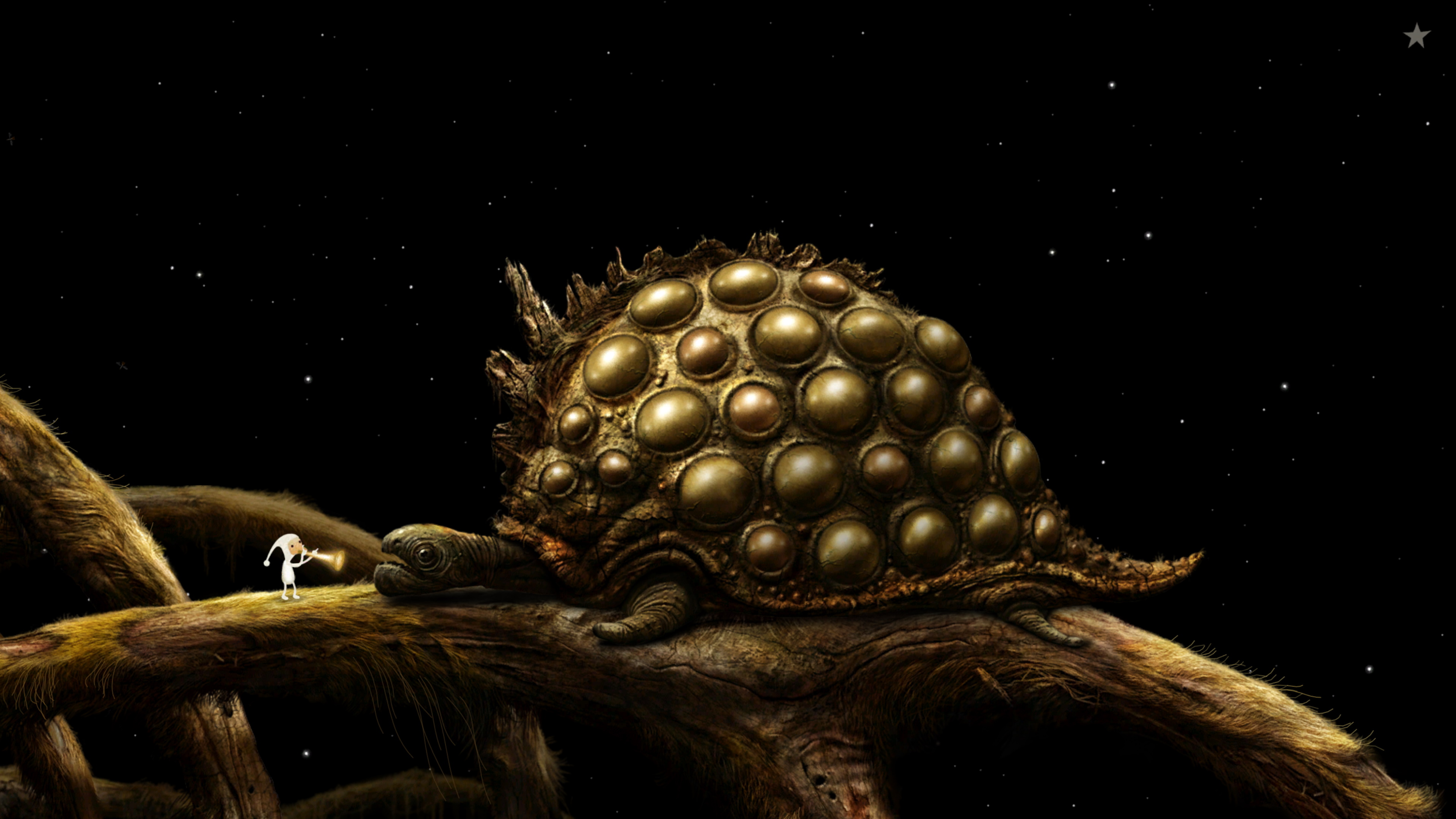 It's a trip, to be sure, both of the mind as you absorb one oddity after another, and of the body as your little white sprite friend hops from one mind-boggling planet to the next in search of, well, that would be spoiling things. If you've enjoyed other puzzle-y delights such as Gorogoa, The Room or indeed any of Amanita Designs' previous games, then you're almost certainly going to enjoy Samorost 3. So don't let me spoil it for you. Go and discover this otherworldly oddball for yourself. It's on Steam, GOG and Itch.