"Right then," snarls a puce-faced ogre of a man, after drinking the last crumbs from a bag of roast beef Monster Munch, "the dog or the spoon?". And sure enough, there in front of him, on the battered plasterer's table that serves as his desk, is a blurrily-painted porcelain dog statuette, and a bent tablespoon. If you give the big man a quid, he'll throw them into a bin, and replace them from a big cardboard box of slightly less upsetting boot-fair detritus. But you've only got 50p, so you choose the dog.

That counts as a Beast, right? you think to yourself, anxiously, as a faceless figure in riot gear bursts into the shipping container you're obliged to refer to as "the shop", and hauls you back out into the sunlight. You are, in the same metaphorical fashion as in this post from last week, playing Hearthstone's Battlegrounds mode.

In the yard outside, seven more bewildered contestants are being cajoled out of seven other shipping containers, where they have each conducted their own rushed, grubby deals. Now it's time for you to injure each other. You're paired up against a baffled old man, who wields a pair of carrots tied to the ends of a frayed rope. He looks down at this sad vegetal nunchaku, brow creasing with buyer's remorse, and then up at you again. He grimaces with embarrassment; you shrug in unconvincing self-absolution, and charge at him with the dog figurine raised high.

It does, indeed, count as a Beast. You count as a Beast, as you club him in the temple with it, and he staggers backwards, wincing. You've won. Or at least, you've won this round. Now it's back to "the shop" with you. 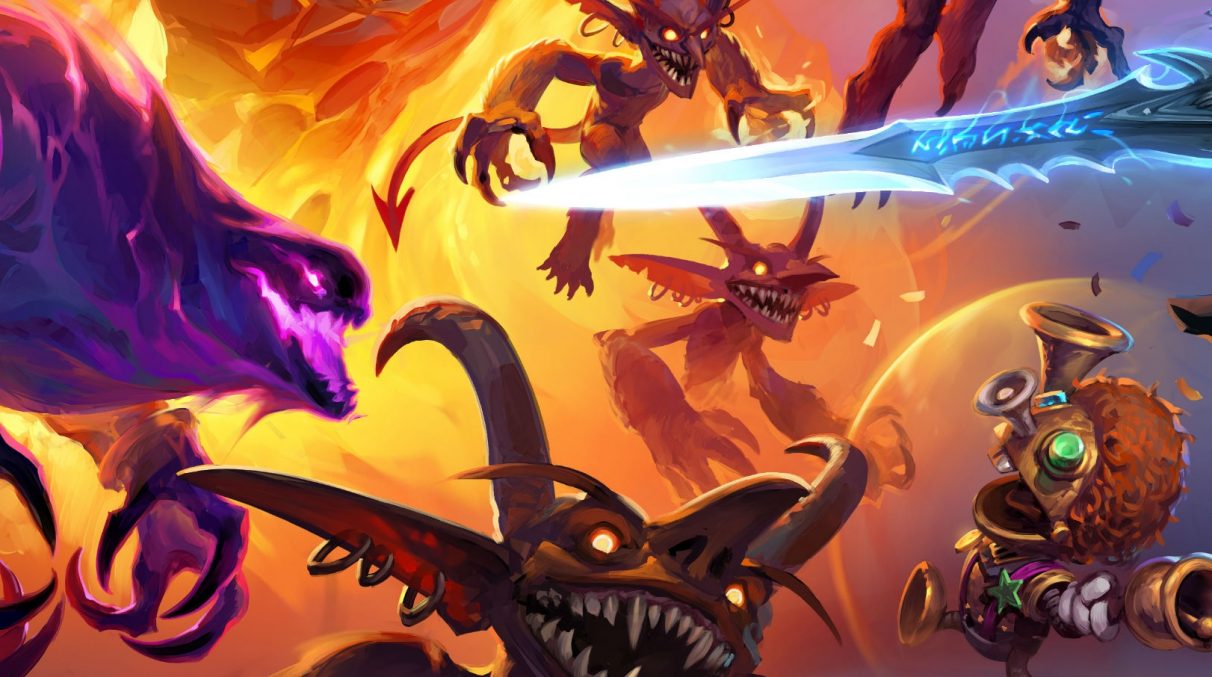 "Right then," says the bric-a-brac brute again, for that is how he starts every sentence, and tips out a fresh box of utter shit for you to rummage through. One of the riot-shielded attendants pushes two pound coins into your hand, and shoves you forward to peruse. There's a cheese grater with "piss off" scrawled on it in lipstick, a skateboard with a screwdriver duct-taped to the front, and... another porcelain dog. You pause for thought; if you get three of the dreadful things, you're fairly sure they turn into a whip with a live crab tied to the bad end. You could use one of those. But then, the skateboard might be-

"Time's up," belches the man, scrunching up a freshly-demolished bag of beef hula hoops, and squinting at a faded digital watch. "Second dog then, yeah?" You take the second hound model. 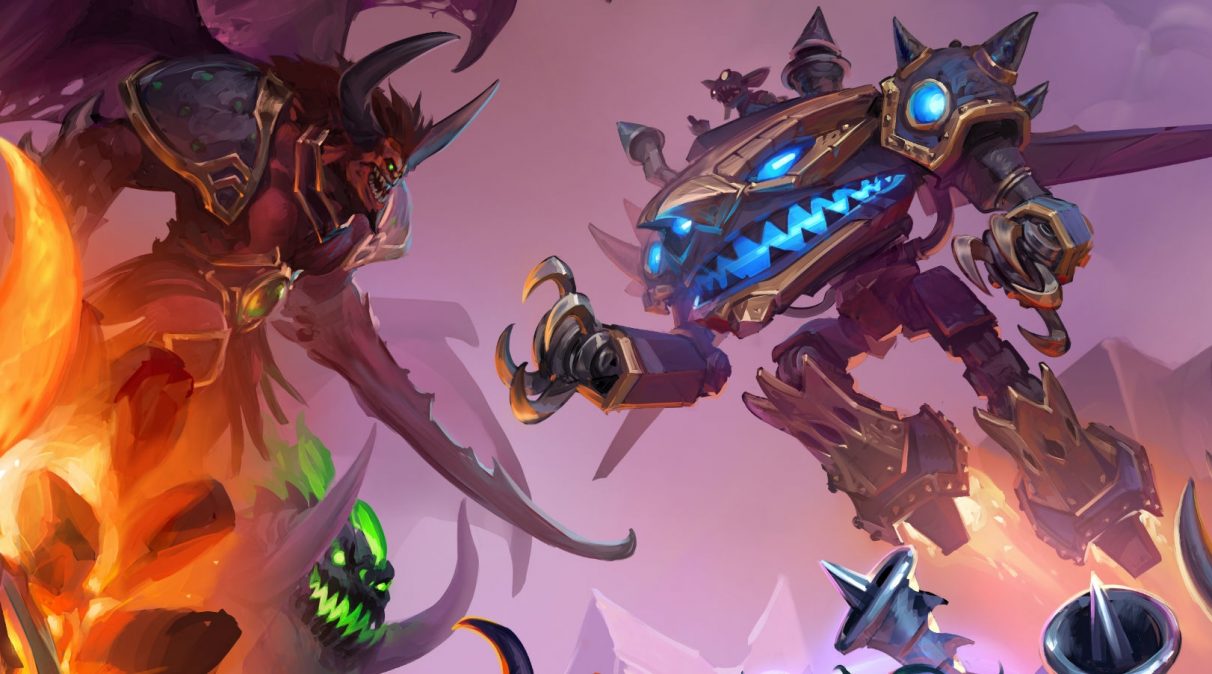 It is an hour later. You have been to the yard, and then to the shop again, several more times. Six of the other contestants are dead, one by your own hand. Or rather, by the selection of hastily-weaponised trinkets you've managed to scrape together as the big man has barked for you to hurry up. Now you're facing off against the last survivor - it's the old man. But this time, he's preceded into the yard by a sickly ape on a leash. The ape has a crossbow.

You've already heard the desperate final gurgles of three other contestants, as they went down to that bastard primate. And now it's your turn. Suddenly, that scrap of tarpaulin tied around your neck no longer feels like the mighty armour it did when you swapped it for three socks full of marbles earlier. This time, as the ape recovers from a fit of racking coughs and levels its weapon at you, it's the old man's turn to shrug in half-hearted apology. Not my fault, mate, he seems to say. Just luck of the draw, innit. 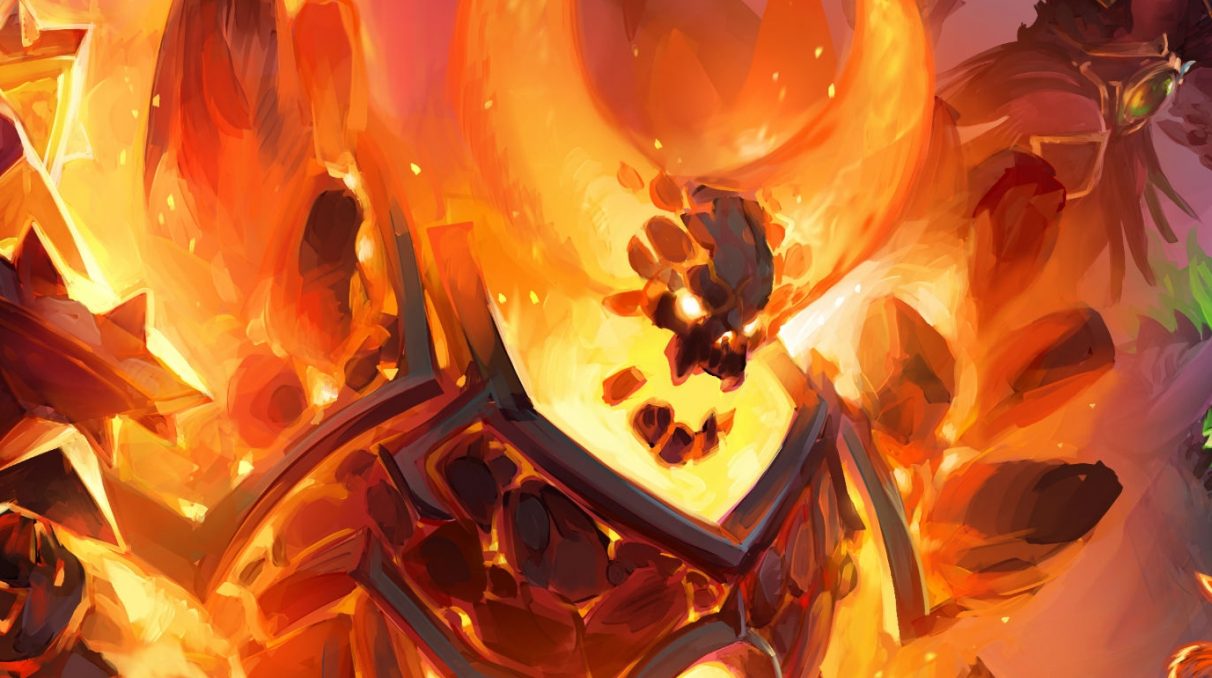 Hearthstone's Battlegrounds mode is good. I don't play it much, but after playing a few rounds of it to capture its spirit for this post, I think I might play it more. As ever, it's Hearthstone, so whatever you do you'll be a hostage to the monstrous swings of fortune, and to whichever lucky git gets handed the cards that let them run away with the entire mini-tournament. But hey, it's a pretty solid bit of game design that manages to pull the better elements of the autochess battle-royale craze into Blizzard's happy-go-lucky card game, and at least you always end up surviving long enough to pull off something entertaining.

The ape's leathery finger constricts around the crossbow's trigger. There is a muted, springy thwang, and you feel a sudden, impossible pressure in your trachea. You have lost this round.