Catch the moustaches on those lads! Believe it or not, this is what extremely gorgeous pirate adventure Sea Of Thieves looked like in its awkward adolescent phase. Rare have shared a screenshot from early in the game's development that shows just how far the game has come since first pulling up anchor on its main voyage.

Game studios, especially those the size of Rare, don't make a habit of posting screenshots from early development. Sharing your signature dish before it's cooked is a risk, making this a rare treat. A Rare treat, even. It's a real testament to the fact that almost all games start in the same raw place. Even the most beautiful 3D adventure games start life as prototypes whose characters are just shaded grey capsules with a simple collision collider thrown on them. Heck, these two sea dogs are lucky they got googly eyes.

These primary-colored pirates are the precursor to Sea Of Thieves' muscled and tattooed NPCs. That flat, boring water is what came before the game's glittering waves. Chris Jr out there is—actually what is Chris Jr? Are they another player? I would like to know a bit more about the story of Chris Jr and the implied Chris Sr.

The Sea Of Thieves credits sequence—which I'd not watched until today, shame on me—includes quite a few more screenshots of development. They eventually begin to look more like the Sea Of Thieves of today, but the earliest shots are the amusing bit. Here's my favorite of the bunch: 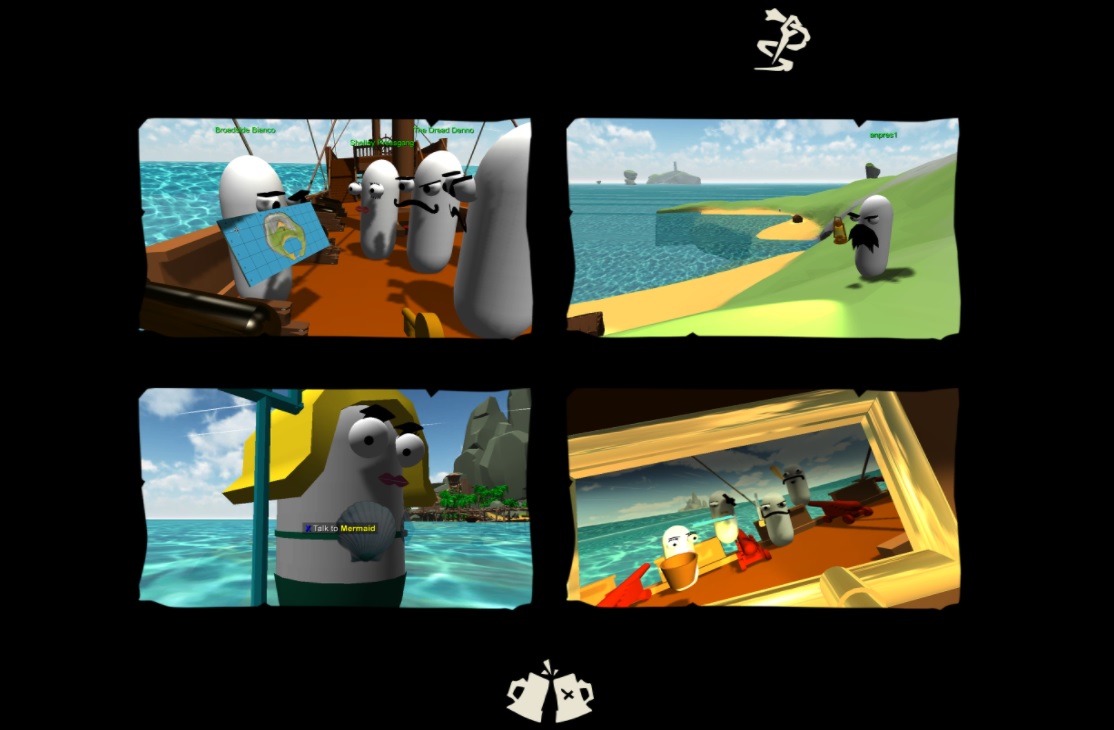