Some of the very first screenshots from Daedalic Entertainment's The Lord Of The Rings: Gollum have appeared on the internet, and it looks fairly decent. The image above is one of the better ones to get a look at how the titular cave gremlin will look, and he sure does look like Gollum. The developers said previously that this iteration of him wouldn't look like he does in the movies, but I dunno, I think he definitely has a resemblance to the movies' take on the character. Just a bit more frog-like. 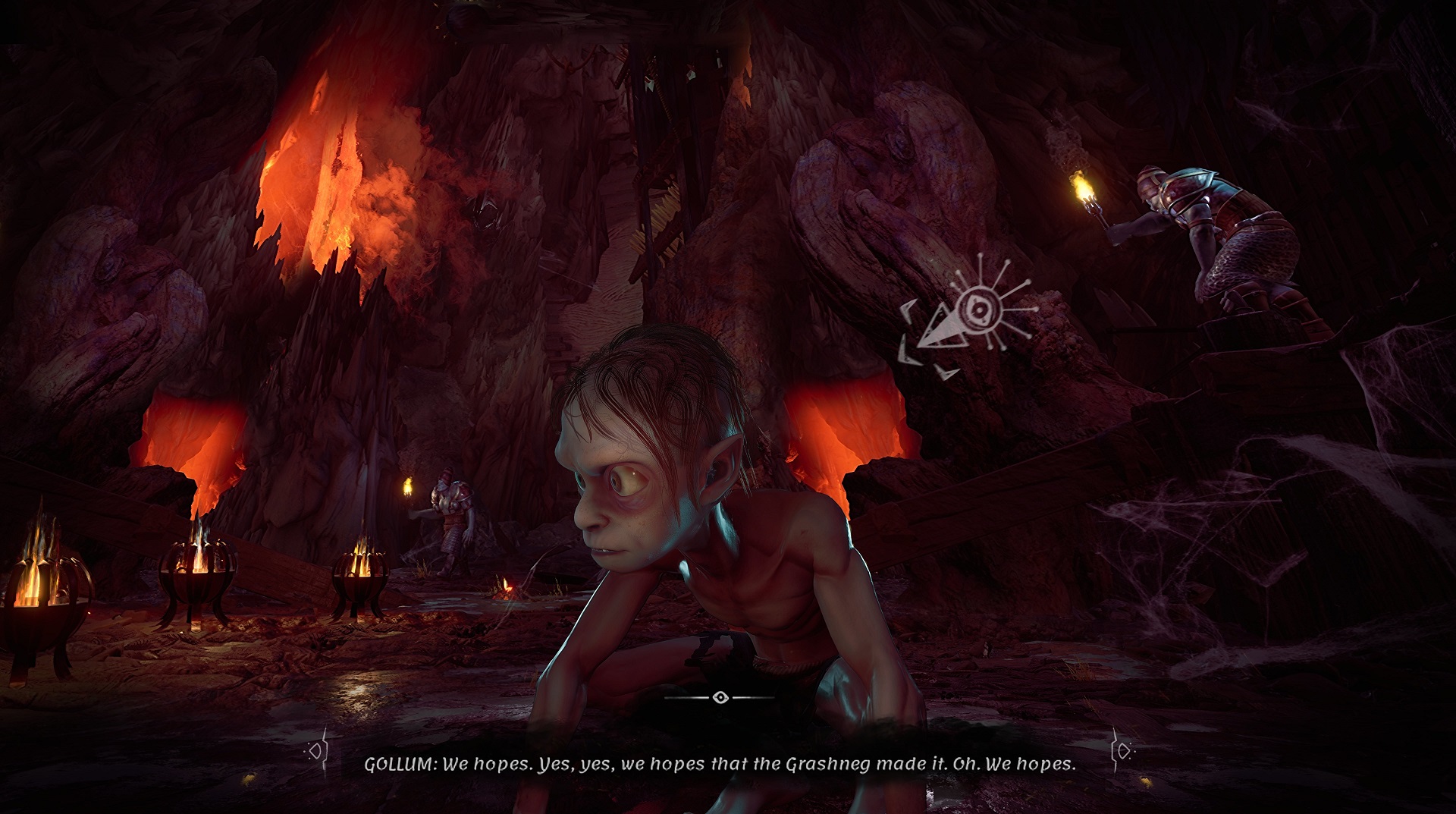 If you're not in the know about Lord Of The Rings: Gollum, it's an upcoming action-adventure game with some stealthy bits thrown in there, and it's being made by the developers of the Deponia series and The Pillars Of The Earth.

Jay had a chat with them last year back when the game was in pretty early development, and they mentioned they wanted to bring in some sort of feature that played on the character's two personalities. What they talked about then seems a lot like what we're seeing in that first image, giving the player the option to choose between which to react as.

Here's a few more of those first-look screens from GameStar's preview : 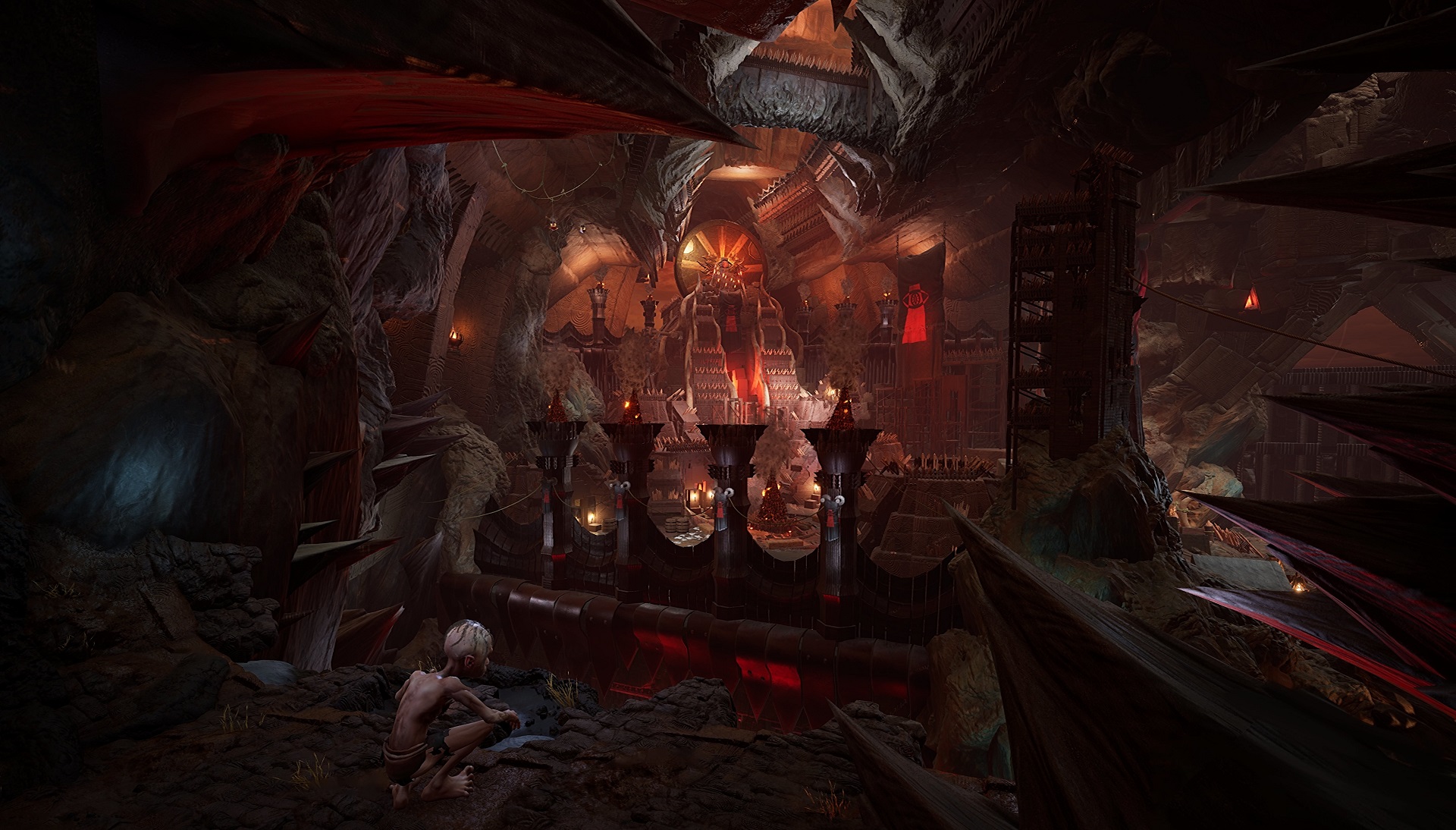 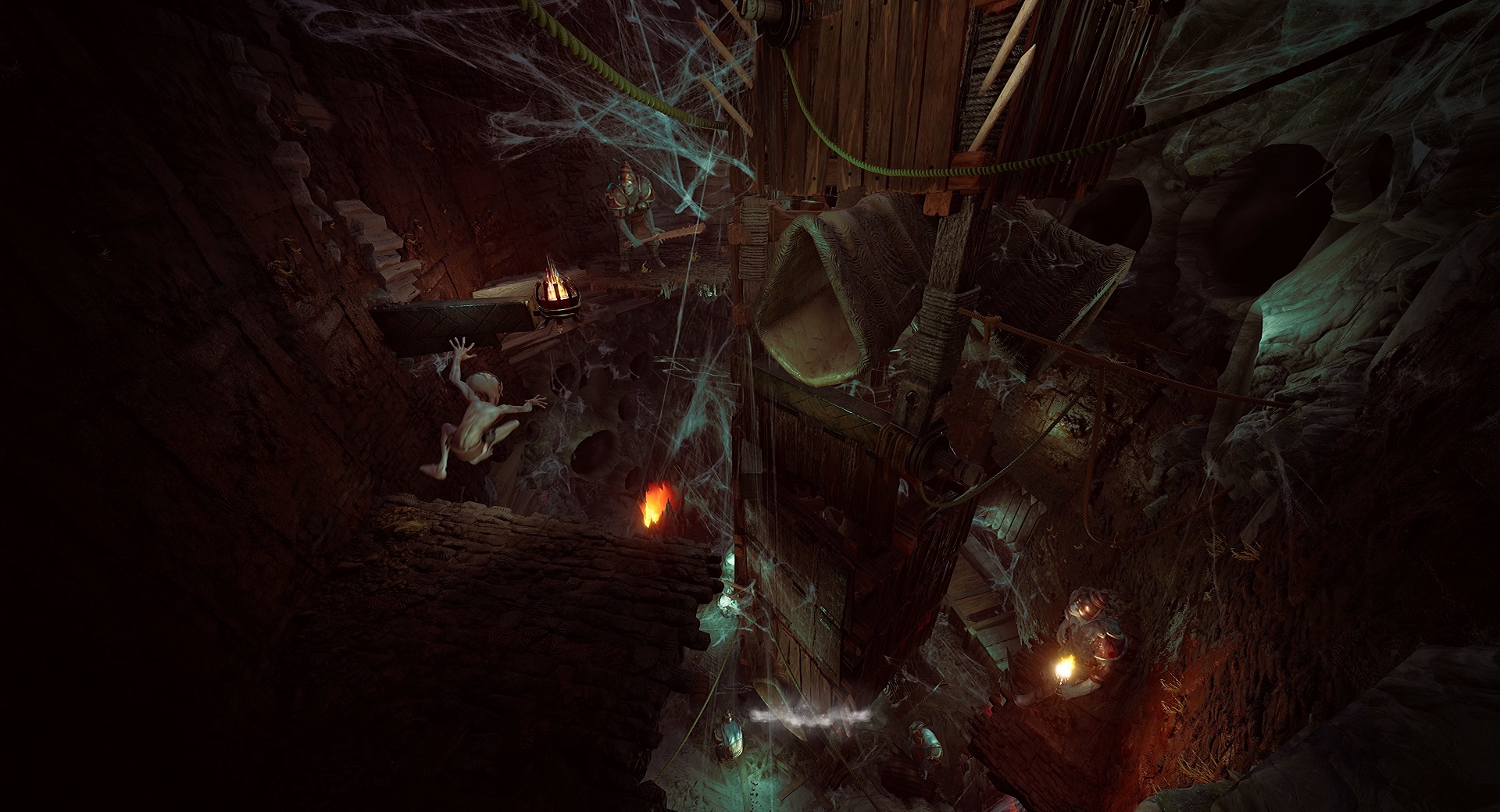 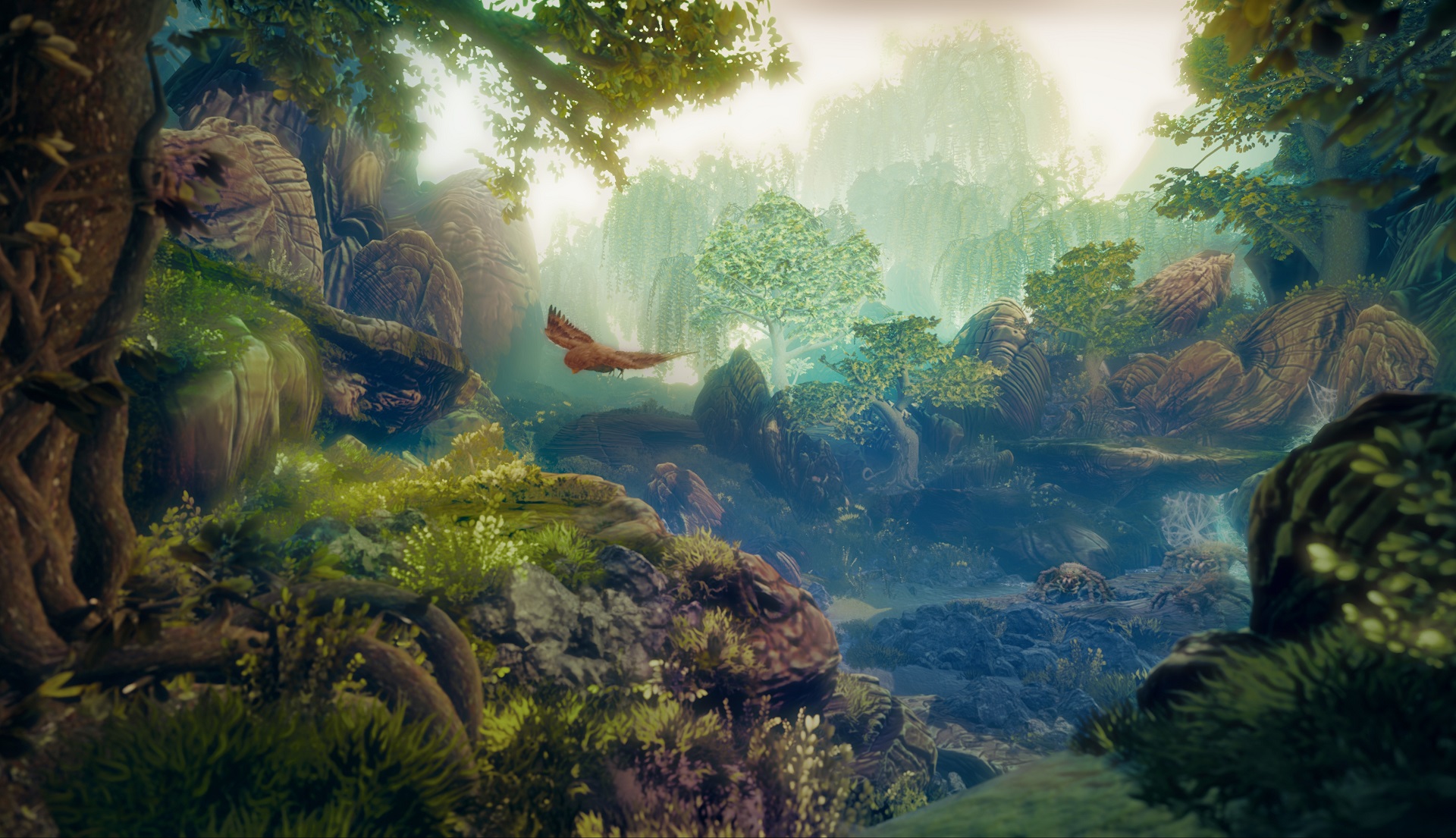 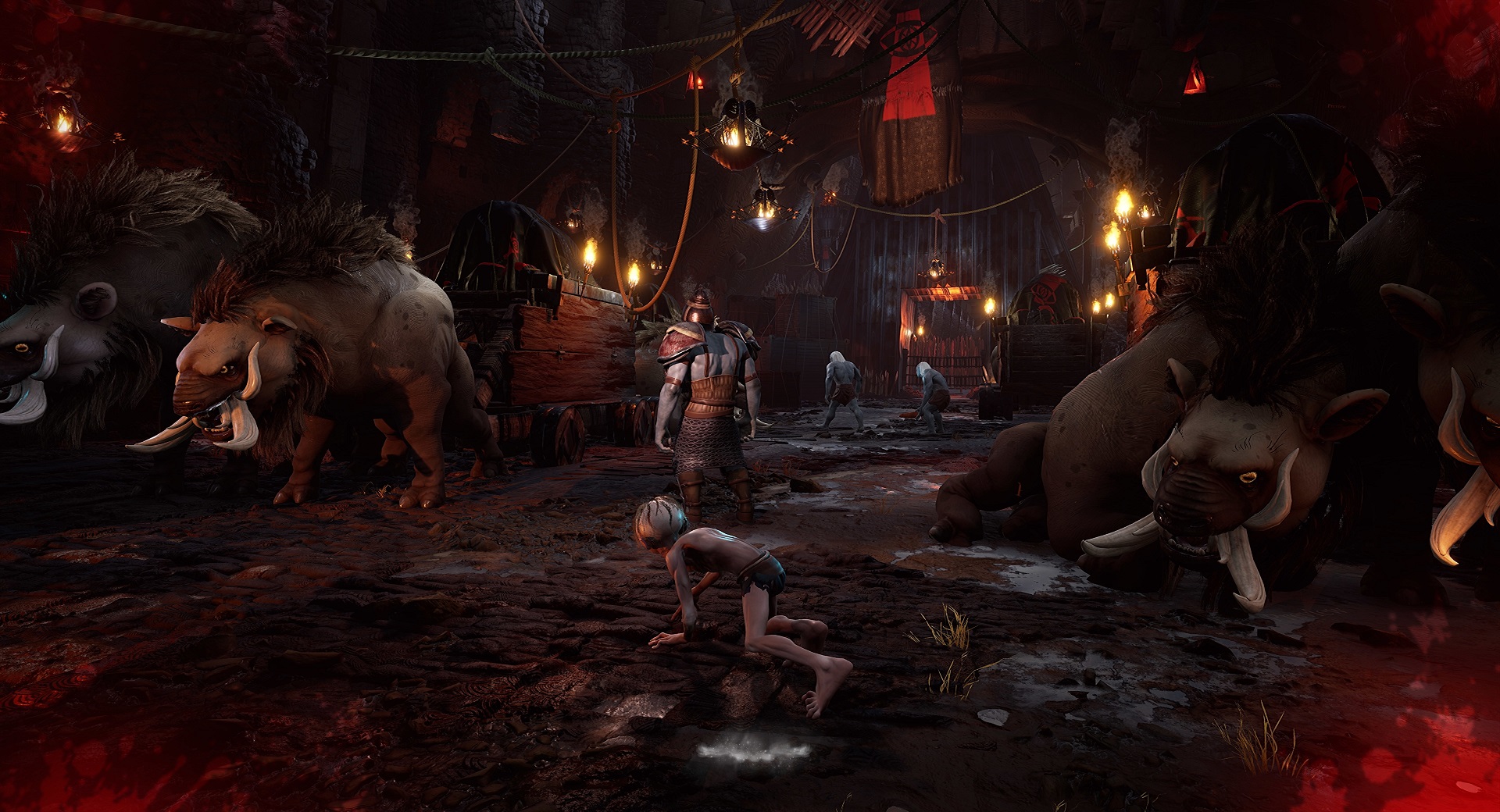 Lots of dark brooding backgrounds, as expected from a corrupted hobbit creature that lives in caves, I suppose. There is one pretty green one in there though, perhaps that'll be some sort of glimpse at Gollum's life before he found the ring. Lord Of The Rings stories are fond of their flashbacks.

The game is supposed to be completely based off of the books, but it must be difficult working on something like that when the films are so well emblazoned into the minds of fans already. The story at least has hopes of distancing itself from the films a bit, as Jay found out in her interview:

"It's not going to be the trademark moments you know from the movies," said project manager Jonas Hüsges. He also points out it breaks away from the traditional fantasy by giving it a different face.

"He’s not your typical hero that comes to a place and is cheered on, he's always sort of treated with a mixture of pity and disgust."

Most of what the game actually entails is a bit of a mystery at the moment. But Lord Of The Rings: Gollum is currently set for a 2021 release, so hopefully we'll hear some more info on it the coming months.