Hocus Pocus Doom a dangerously potent cocktail of nostalgia. Doom 2 modder "Ravage" has been working on this since 2014, adapting an old 2D DOS game into a GZDoom-based (but kid-friendly) FPS. If you grew up playing DOS games in the 90s, you may remember Hocus Pocus, or at least the shareware version. Honestly, it wasn't the greatest - a simple platformer published by Apogee. Hocus Pocus Doom, on the other hand, is an enormous, polished game and (as of a new release yesterday) finished, in need of only the gentlest of polishing up before being considered 'done'. Grab it here.

Ravage really has gone above and beyond with this mod. It's a sprawling 40-level game (four of which are secret levels based on other 90s shareware-era platformers - see the screenshot below) with far more variety than the original Hocus Pocus ever had. Boss stages aside, every level has the same basic goal - collect all the orbs. You start each level reset to your basic power level, and weapons are few and far between. Your main attack for almost all the game will be your basic zappy lightning projectile, and powerups can increase fire rate, shot power, homing and more. 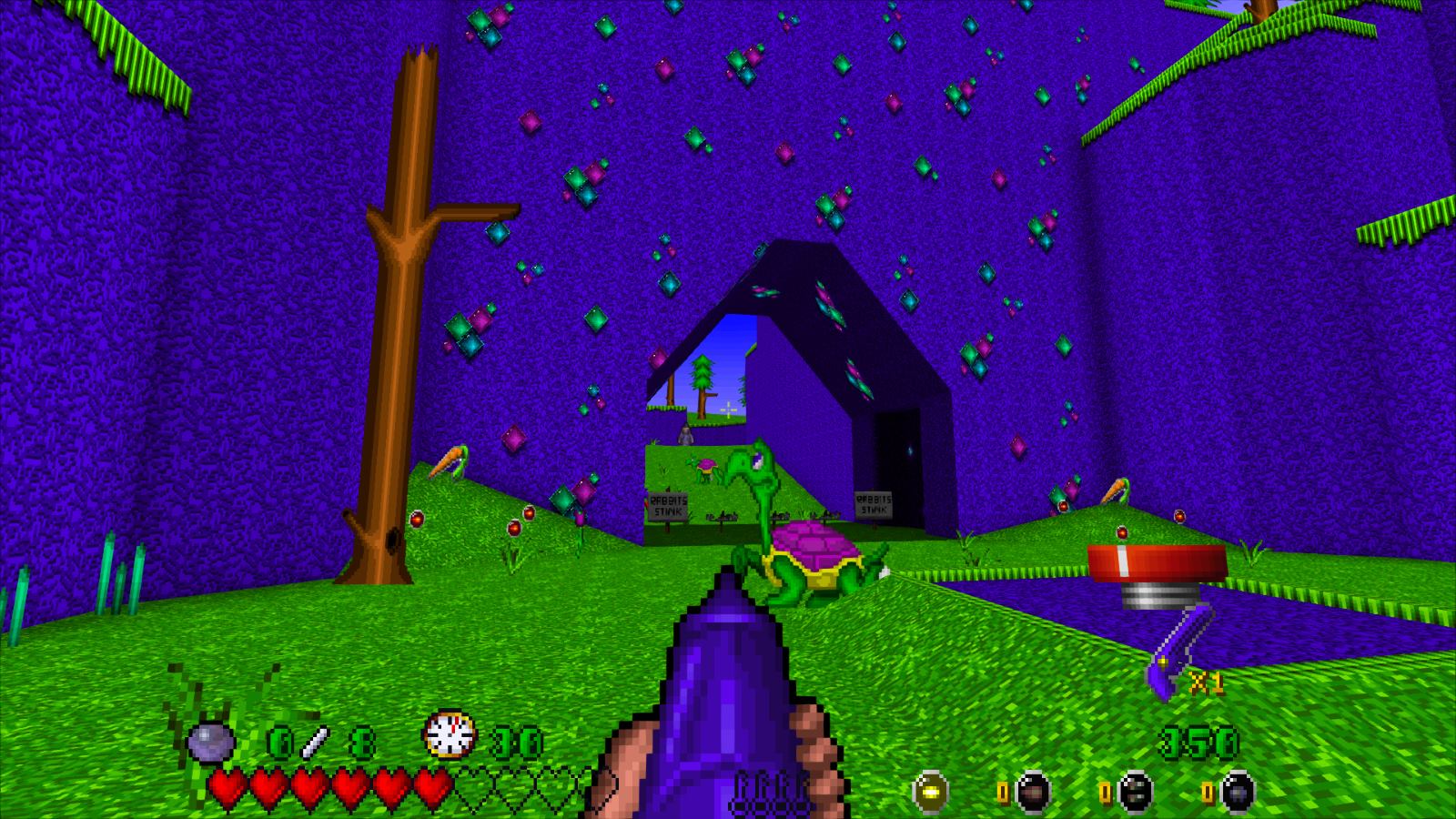 While the original Hocus Pocus was a very monotonous game, Hocus Pocus Doom's level variety (increased further by the distinct look of each episode) keeps it satisfyingly chugging along. It's nostalgic in the best way - it evokes the feeling of playing Hocus Pocus while improving on just about every aspect. While technically still in beta, the only things left to be done (according yesterday's release notes) are some final bug-testing and some tweaks to the high score table. Given that it's a single-player game and your score largely exists as an artefact of 90s nostalgia, you're probably okay playing now.

Unlike the similarly bright and cartoony Adventures Of Square, Hocus Pocus Doom isn't 100% standalone yet. You'll need some manner of Doom PWAD file (the core data files) in order to run it, but it's such a comprehensive mod that even FreeDoom or maybe even the Doom shareware episode will do, making it effectively free.

To make one Hocus Pocus Doom smoothie, you will need:

Install or unzip GZDoom, put your Doom PWAD of choice in there, and then do the same with your HocusDoom.pk3 file. Drag and drop HocusDoom.pk3 onto GZDoom.exe and Bob The Fantastical's your wizard uncle. Just remember to turn on mouse-look and bind a button to Jump, this is a platformer after all.

For reference, here's the original Hocus Pocus on Steam and GOG.