This year was supposed to be the Overwatch League’s big leap into local homesteads, and while no one was quite clear how well it would work, they certainly weren’t expecting a global pandemic to move the whole thing back online again. It hasn’t all been smooth sailing, but they’ve mostly managed to pull it off.

In certain spots, the challenge has actually pushed some fun and creative solutions, like using pets to establish hero pools for the following weeks, or, in freelance esports photographer Robert Paul’s case, switching from real life shots to in-game ones.

Paul has been a full time freelance photographer since 2016, and even moved across the US in 2018 to be closer to the centre of the esports industry, which tends to orbit around California. You’ll very often find his name credited in Overwatch League photography, but he’s shot everything from small local fighting game tournaments to CS:GO’s ESL One.

Of course, events of every size are on pause right now, leaving Paul with both time on his hands and a potential monetary squeeze. “After things really slowed down during the pandemic, it occurred to me that [the Overwatch League] has a replay client,” he says. 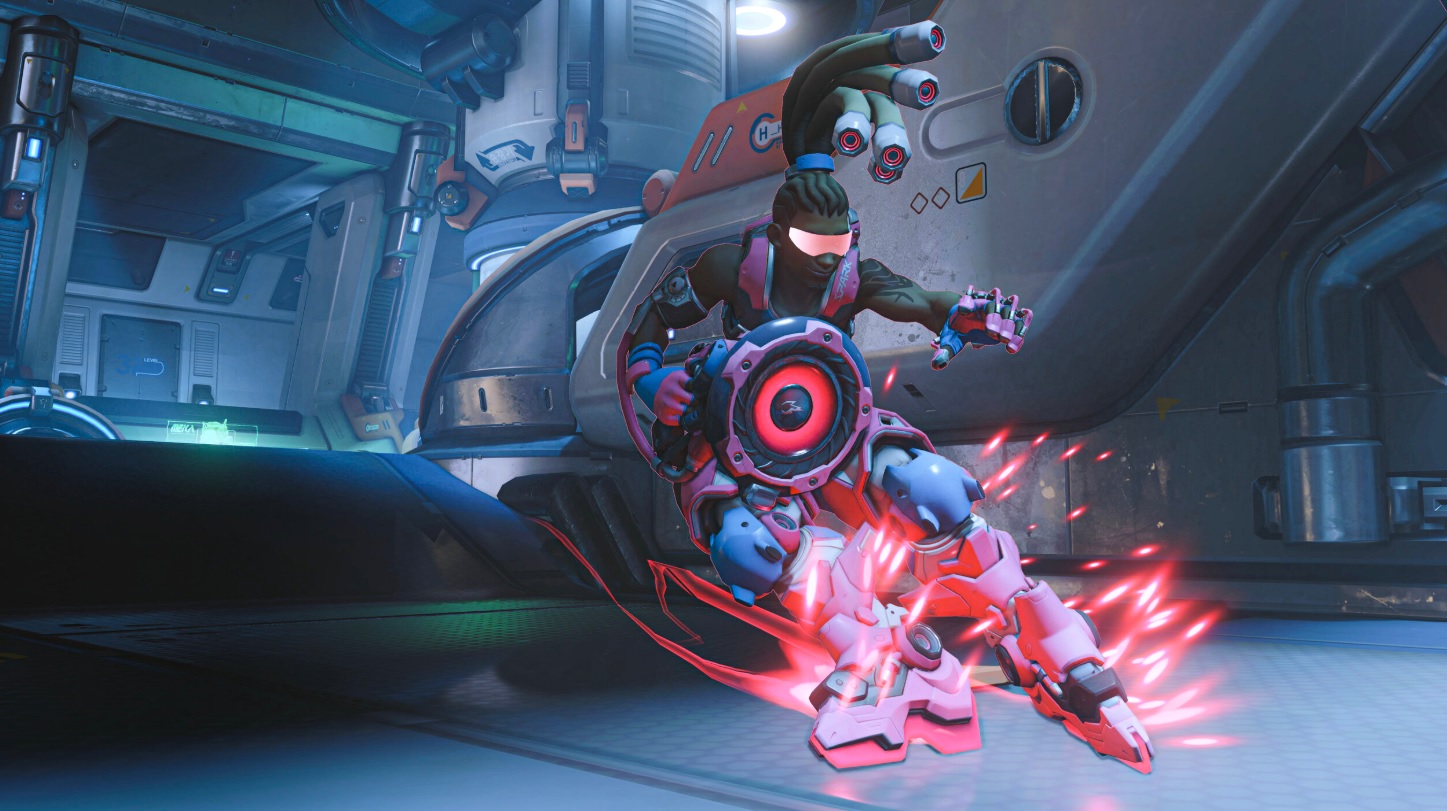 Virtual photography communities have been growing as more and more games include powerful photo modes, and other kinds of photographers have been turning to in-game captures during the pandemic, too. Paul says that he’s been aware of it for a while, but had only tried his hand at in-game capture “super casually” prior to recent event cancellations. “Mainly just cool scenes I see while romping around in Destiny 2,” he explains. “For the most part if I was sitting down to play a game, it was to take a break from photo stuff,” he explains.

But once he started experimenting in Overwatch’s replay client, the images he produced captured fans' imaginations. “It turned out to be a huge hit on Twitter, getting more attention than even a lot of my [traditional] photos,” he says, noting that, given the latter is his usual bread and butter, he’s not sure how to feel about it. It’s a reasonable reaction, but if anything I’m surprised that showcasing the League in this way hadn’t taken off before Paul tried his hand at it.

Overwatch is really a very stylish game, helped along by the striking team colours of the League. Take the header image of this article; the Guangzhou Charge’s teal Sombra stretched out across a geometrically pattered background in complimentary colours. Or the San Francisco Shock’s pale away team Tracer skin making an almost monochrome silhouette, the only colour the orange accents of her goggles, harness, and the glow of the wall. 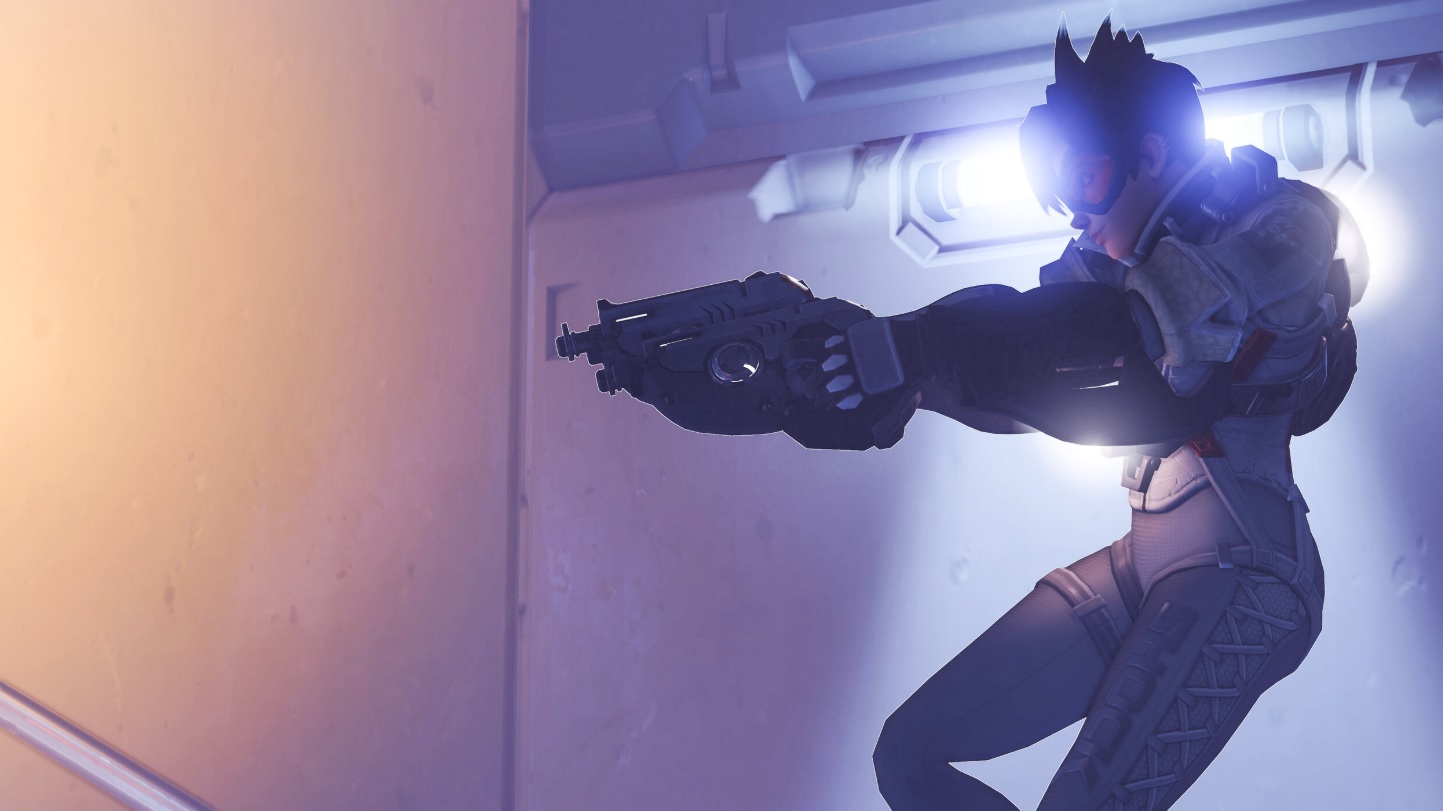 The characters abilities can make for dramatic shots too, whether it be the streak of animated gunfire or Winston coming to a sudden halt hit by an Ana’s sleep dart. 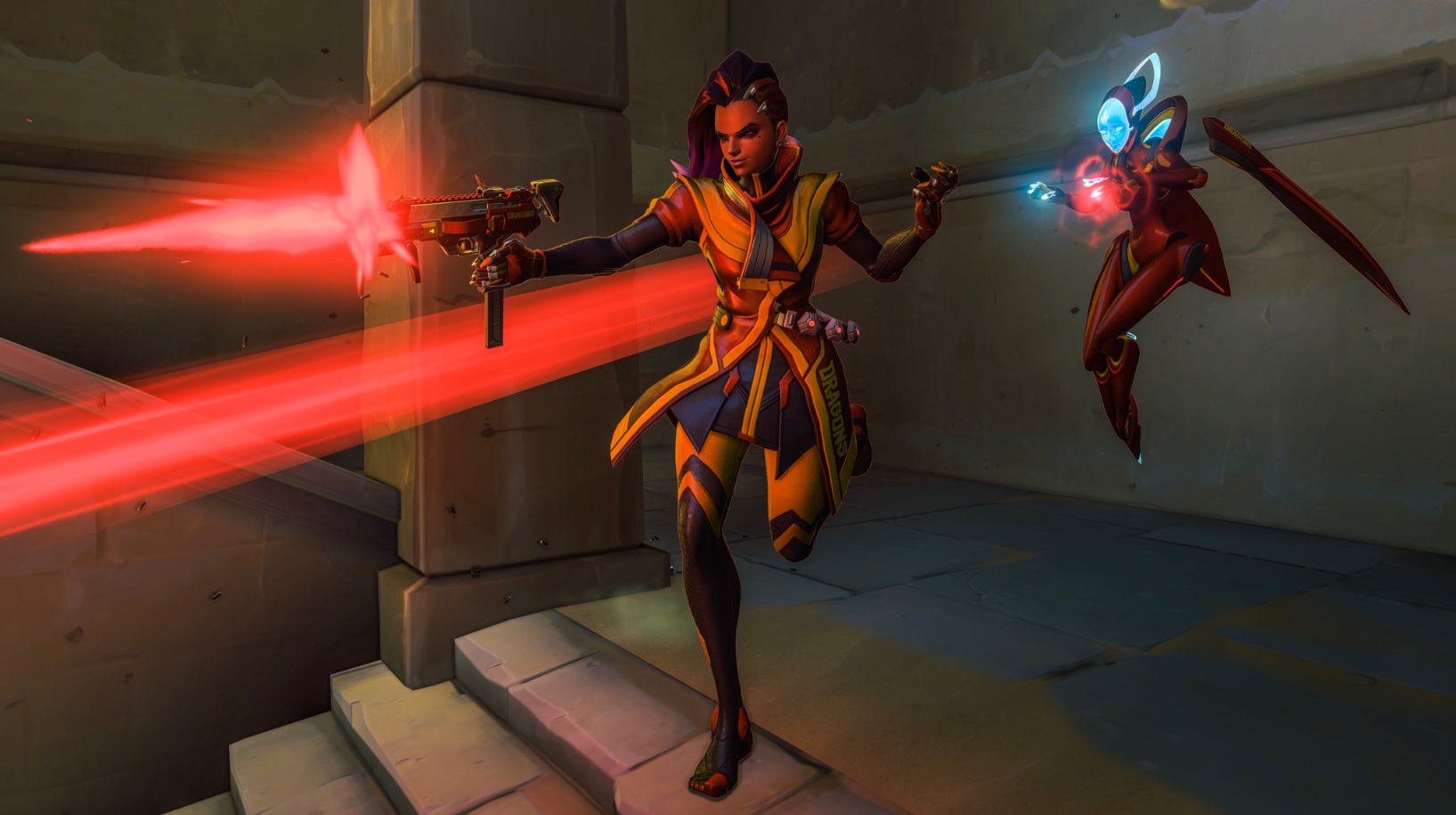 “Overwatch has such iconic characters…people are fans of [them] and fans of the players and it makes for really intense interest in what I'm showing,” says Paul. But his skill and training over years of professional photography also help him to make the most of the raw materials that Overwatch and the Overwatch League provide him with.

“At its core, a lot of it is the same: moment, light, composition,” he says. In fact, the biggest difference between traditional photography and in-game capture is having more control over those elements. Unlike esports events, with their dim lighting and stark colours, Overwatch maps tend to be bright. And it’s not possible to miss a moment like you can in the relentless passing of live events.

“I'm given the freedom to pause, rewind, and examine the moments I want to capture from every angle, and really perfect the image down to the pixel,” says Paul. Which is great, but time consuming. “The downside of having that much flexibility is it can take a long time to really dial in a shot. It takes me a good chunk of my Sunday to get my captures for OWL done each week.” 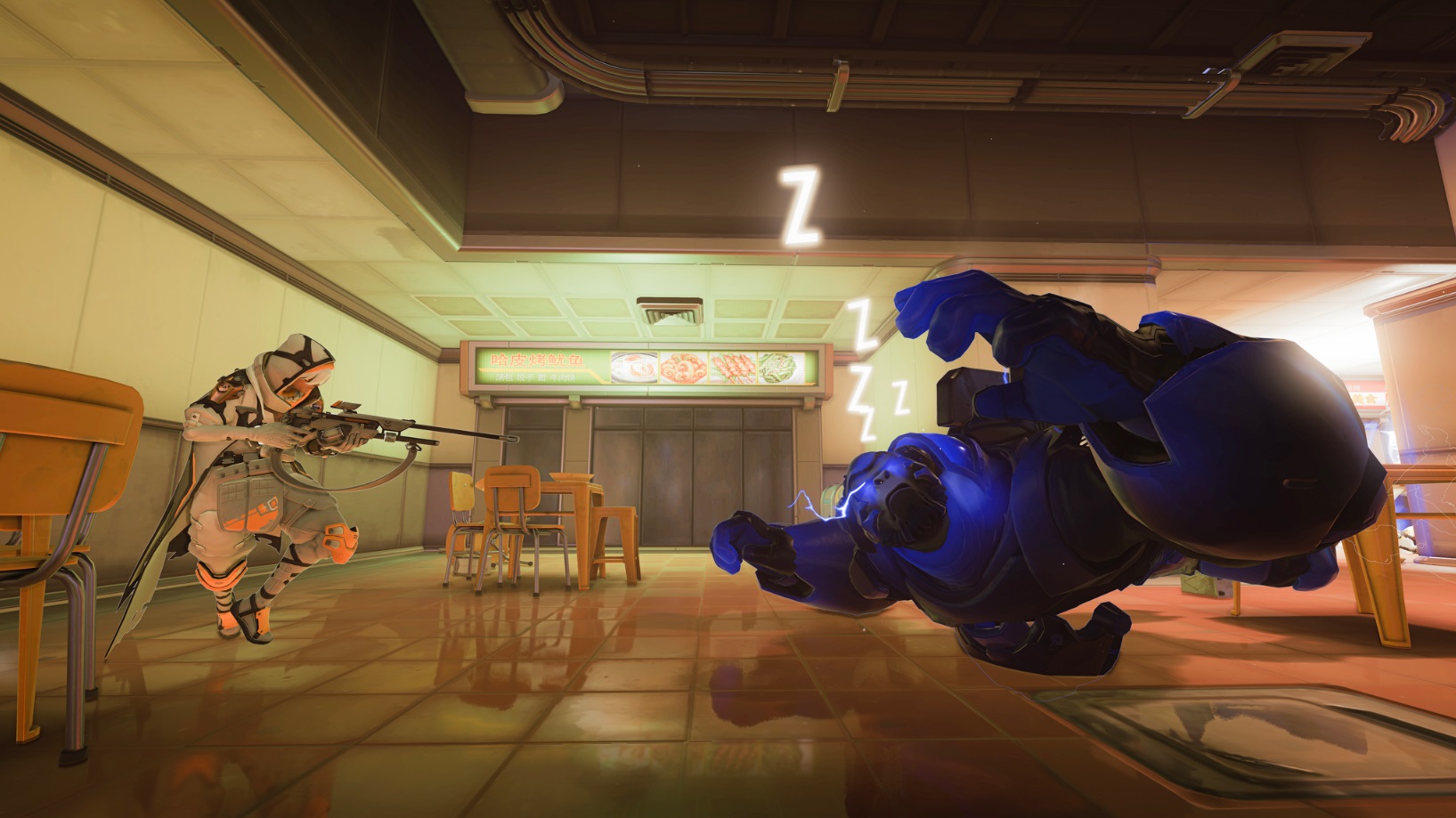 Paul has also expanded beyond the Overwatch League replay viewer. He’s offering his services to capture other games for developers, and has been shooting in the “absolutely gorgeous” environments of Destiny 2 alongside a few other games. Some of these provide even greater flexibility than the League’s replays, where everything is at least constrained by what the players did in the match. In Doom, for example, you can build the moment yourself by selecting poses. 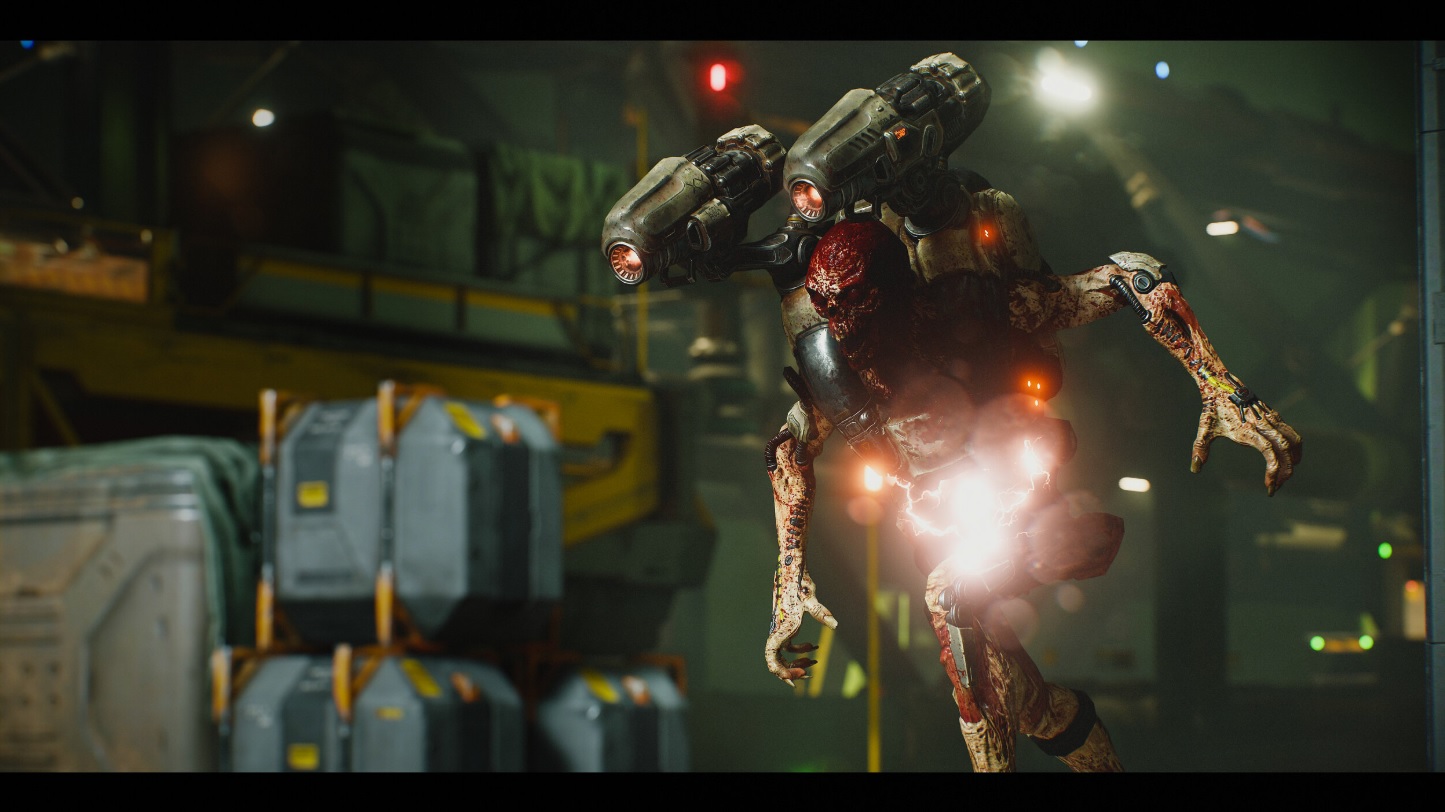 “Warframe lets you attach 3-light setup to your character, and lets you adjust nearly every aspect of the lighting and camera. It's a better setup than I have on most photo shoots!” he adds.

With live events not likely to be on the calendar any time soon, Paul is planning to keep expanding his repertoire in in-game photography. “There's a whole world of amazing photo-mode games that I need to dive into. The creativity I see from people using these tools is incredible.”

And he encourages people to get involved whether or not they’ve been practicing for years. “[Photo modes] give people with a creative vision a way to dive right in, without necessarily having to learn 3D rendering tools or set up complex photo shoots.”