With Shadow Of The Tomb Raider, Lara has now completed another trilogy, probably by falling through its roof and shooting it in the face. This would be the second set of three games from Crystal Dynamics (with help from other parts of Eidos), following on from the six titles created by Core (if you don't count the Game Boy ones). She's twelve main games old, twenty-ish if you count the mobile and off-brand ones, and 22 years old if you count in linear time. I'm here to argue it's time for Lara to go. 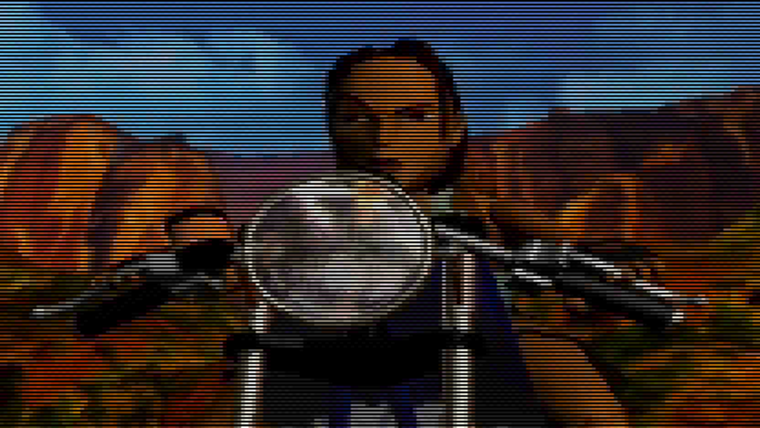 Of course, the most recent trilogy of games, beginning with the groundbreakingly imaginative name of "Tomb Raider" in 2013, was supposed to see Lara change. We were told at the time that this was to be a reinvention, Lara as a far more human person, rather than the stoic and stern character of the Olden Days. This of course ignored the fantastically well-rounded and congenial character she'd become in Crystal Dynamic's (CD) previous run from 2006-2008, not so much a reinvention as an evolution of the drier all-business Lara that had previously so firmly told us all "No." throughout the '90s.

What we actually got was a reluctant sociopath Lara, resigning herself to becoming a mass murderer because otherwise how was she going to get the McGuffin Of Time from the Temple Of Indigeneity? Her dad wanted it, and that MAKES HER CRY. And so, with varying degrees of success, the games, um, did the same as before but with more cutscenes and QTEs, and the innovation of swears. Lara says "fuck" now! Gritty stuff! Totally different from before. 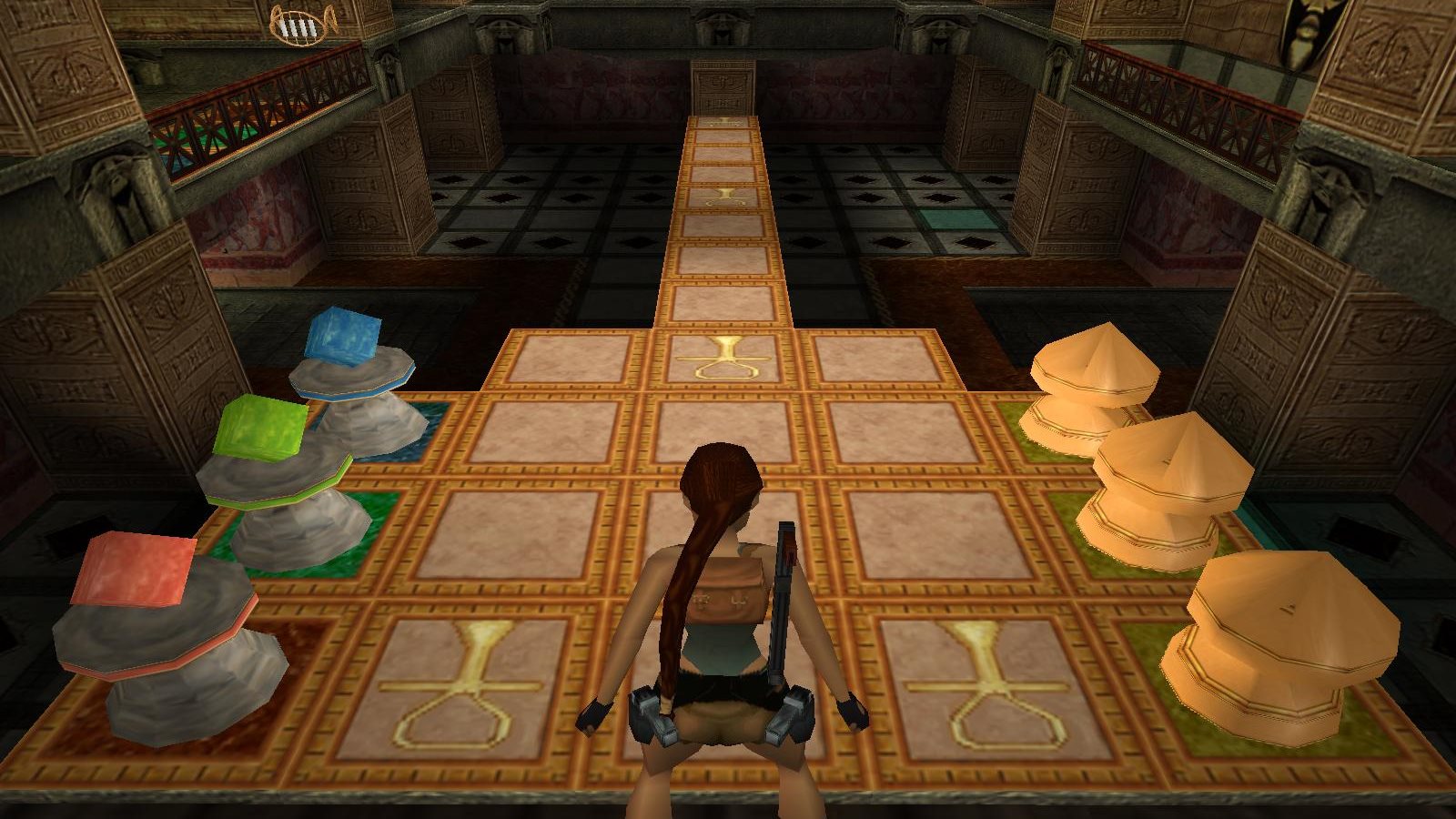 So something's always felt a bit wrong about Tomb Raider, and we all know it. Lara, in any of her incarnations, has always been a bit of a prize dick. A super-rich, super-posh British woman who swings her way into absolutely anywhere in the world and steals all their most precious things. Sure, she normally has an excuse, something about stopping some malevolent gang of men with guns from getting it first, and you know, while she's there she may as well fill her boots with anything else not nailed down to the temple floors. We all know it, and I think for the longest time, rather a lot of us rather liked it. Lara wasn't ever a goodie, and that's quite interesting.

Core handled this by having her be terrifyingly indifferent. Her polygonal face never cracked a smile, as she darted about grabbing Nazi gold or whatever and shooting any endangered species that might be unfortunate enough to cross her path. It's a cliche even to make that point! You knew as you sat in front of your PlayStation that what you were doing simply wasn't OK, and gosh it was fun doing it. Lara was a self-employed mercenary, amoral to the core. (Geddit?) And I think, on reflection, this made the most sense.

When CD got their hands on the franchise, they humanised Lara to a superb degree. Giving her friendships with mostly off-screen characters Alistair and Zip, a human antagonist in the form of Amanda Evert, and a purpose in her desire to understand the disappearance of her mother after she touched some magical doodah. And then had her act in pretty much exactly the same way, stealing or shooting everything she encountered. There was little exploration of this contradiction, and the result was a very breezy collection of superb platform puzzle games. 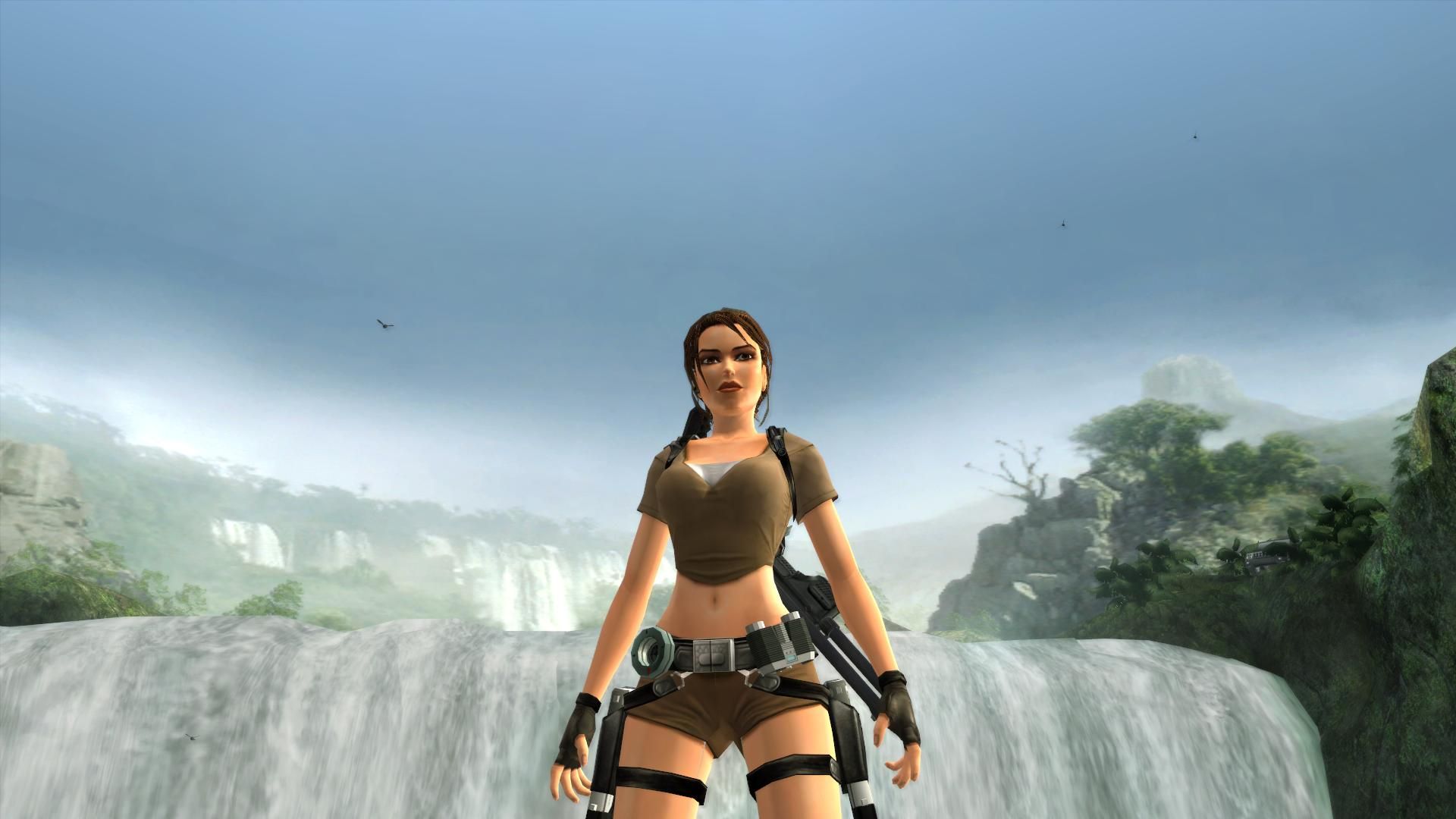 And then comes 2013. After her longest time away from our PCs (unless you count the utterly splendid Guardian Of Light), a very different Crystal Dynamics (following severe lay-offs a few years previously) unleashed the franchise reboot, Tomb Raider. This was a properly fresh start, scrapping the bonkers canon that had come before and starting over with a much younger Lara, with a whole new background. Lara was to be vulnerable, reluctant, frightened. For, I dunno, ten minutes. And then, amazingly, they ended up just doing exactly the same thing again!

Sure, the games play differently in some ways, with notionally "open" islands, fast travel, a mostly decorative XP and skill tree system, and oh my goodness so many sodding cutscenes. But they were still Tomb Raider games, so rightly had the emphasis on running, jumping, climbing, swinging and shooting. What became increasingly peculiar as the absolutely garbage stories unfolded was that nothing at all had really changed. 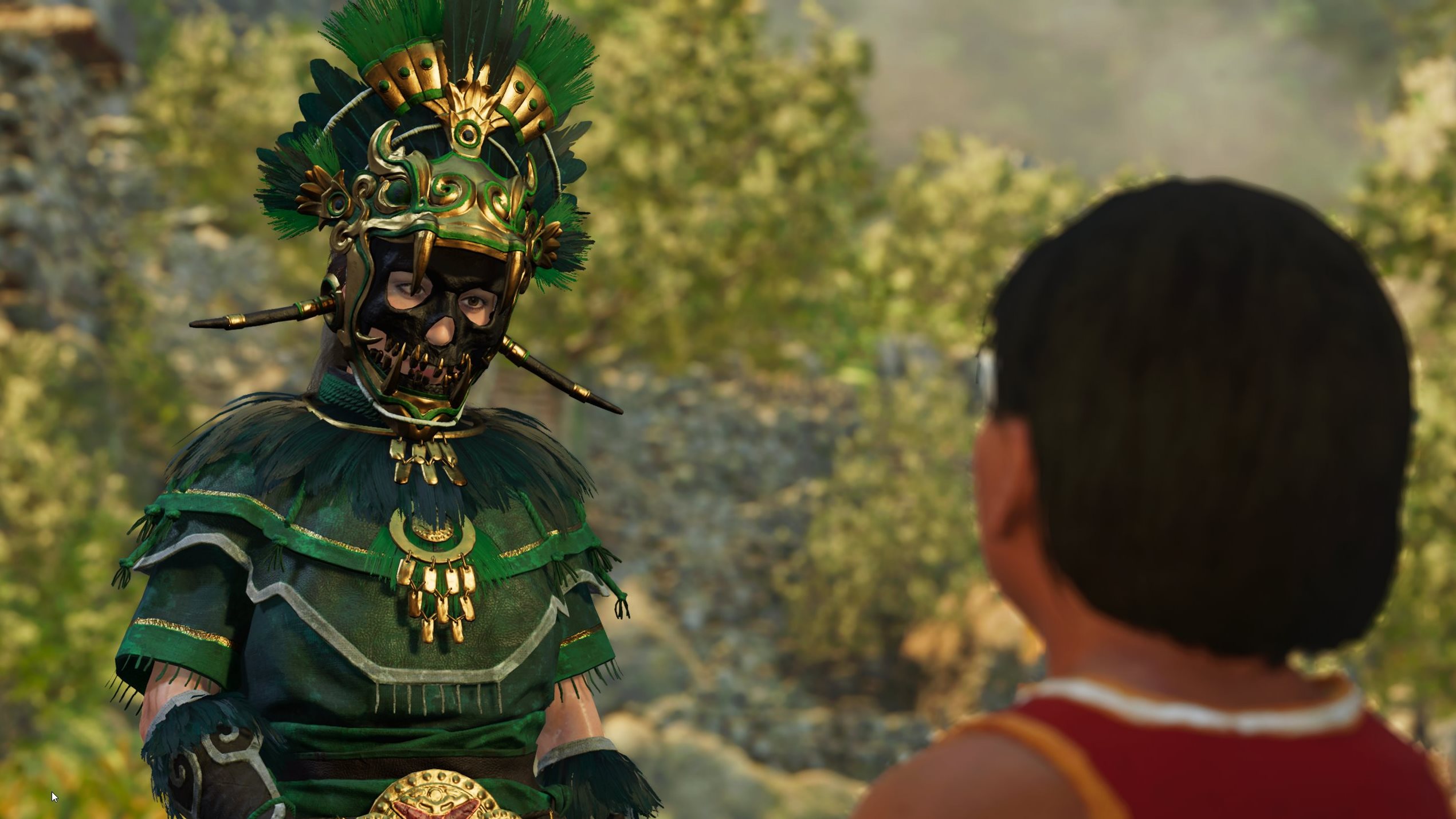 Shadow Of The Tomb Raider has created rather a lot of discussion, hasn't it? Look at the comments (well, no, don't) under any half-decent review and you'll see absolutely furious people livid beyond measure that the questions the game itself raises are in turn raised in the critique. This is because, twelve games in, the creators finally wanted to confront (or perhaps didn't want to, but felt they couldn't avoid it any longer?) the issues. This time things begin with Lara's impetuous sticky fingers causing a magical calamity, her picking up an old knife apparently unleashing a series of pre-apocalyptic (un)natural disasters on large areas of the developing world.

Overwhelmed with guilt about her foolish actions, Lara feels compelled to carry on grabbing absolutely anything shiny from the hidden cities of Latin America, as she dashes about doing the same things as ever, ostensibly to prevent the end of the world. Except this time the truth of all the previous games is pushed to the front. Lara's a rich white girl from Britain emulating colonialism as she yet again treats developing nations as adventure playgrounds. Shadow is an attempt to critique this and everything that came before, and it's probably fair to say that as they crammed handful after handful of their cake into their mouths, it didn't quite work.

They consciously invoke the grim trope of the 'white saviour' as Lara marches into the lost Inca city of Paititi to save them from the disaster she created, and then for reasons we may one day find out, just embrace every possible scrap of why it's a grim trope and let you go hog wild being that very same saviour. Where they could have actually critiqued, had the native inhabitants say, "Um, thanks, but we're perfectly capable of looking after ourselves!", perhaps had Lara continue on blithely trying to save them against their will and indeed need, instead they just went right ahead and embraced the grimness. Lara arrives and the entire town just begs her to sort out everything, from the impending world-ending disaster, to petty disputes and murder mysteries. The leader of the town immediately just hands Lara the keys, no questions asked. They're ridiculously helpless, incapable of solving their own domestic issues without Lara's interaction, and certainly not able to step up and fight back against the invading forces of Trinity without her.

It's in this, this utterly weird hypocritical attempt to be both critical of, and yet entirely embracing of and reliant on, the same issue, that the game's story comes fantastically unstuck. The result of this before release had been a lot of raised eyebrows and critical comments from games critics, and in turn an awful lot of Internet Police unleashing themselves into every comments thread to scream about how the game they hadn't yet played didn't feature the topics it does, and that any criticism of said topics is an evil that must be stamped out. You know, the internet. "Why can't you just review games without bringing in the politics that the game itself is about into it?!?!!!?"

But I can't help think there could be a better way. So, at last, here's what I'd do next with Tomb Raider. 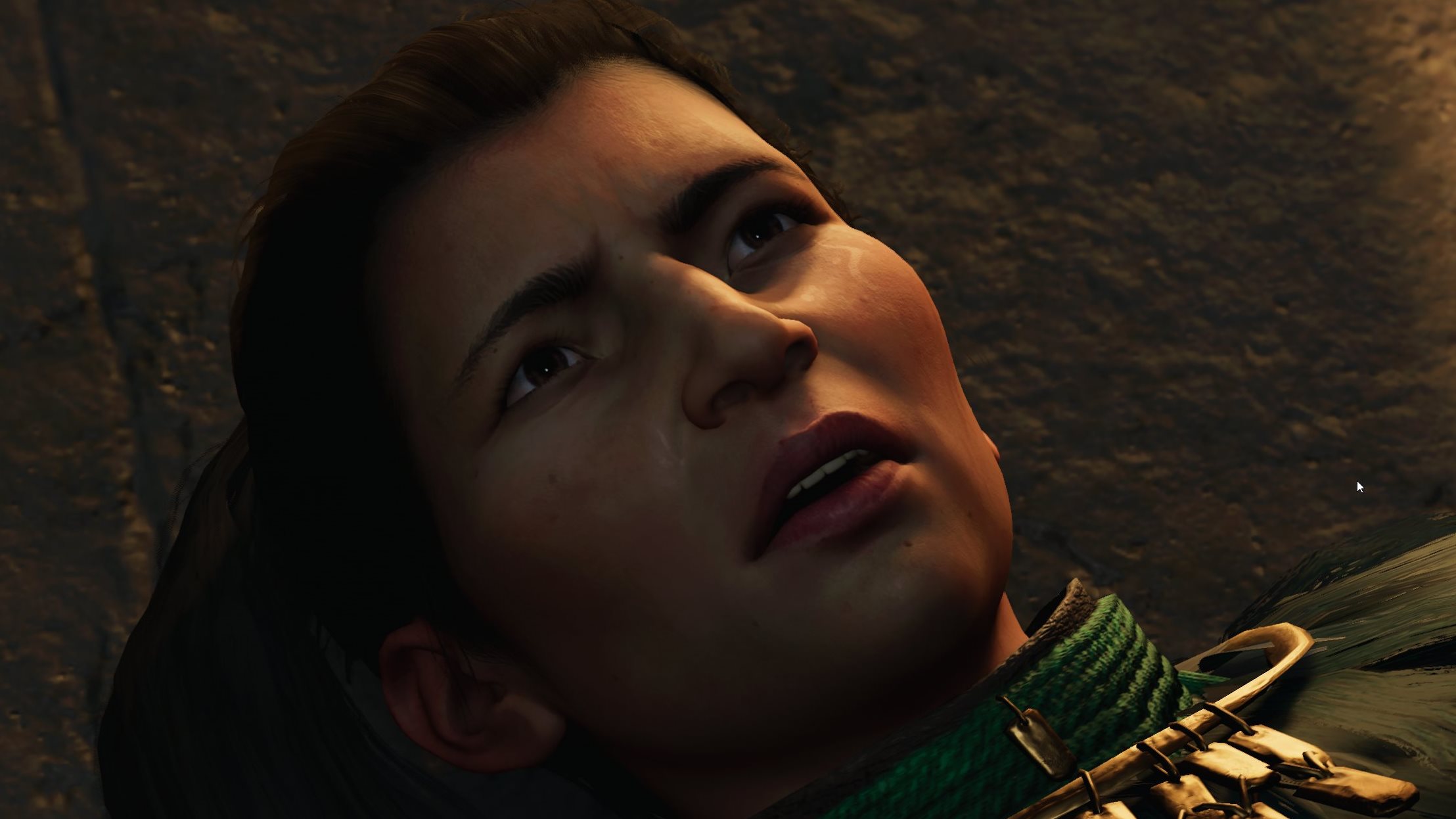 I think she's had her turn.

I love Lara. She's one of my favourite gaming characters, ever. Not in the recent trilogy, obviously - I'm not a maniac. But I loved that ridiculously grumpy triangle Lara, with her ridiculously big triangle boobies. And I especially loved 2006-2008 Lara, with her smiles, jokes, friends. I loved that she was all business, that she was never, ever (before 2013) a simpering weakling, but also that she wasn't just a female skin on a male gaming character. Hell, she even avoided that dreary cliche of Strong Female Character. She was Lara Croft.

But other people can raid tombs, you know. It's their turn.

In my next Tomb Raider game, I'd have two player characters. Neither of them is British.

The idea that kept coming to me all the time I was playing Shadow Of The Tomb Raider was of how much more interesting this whole game could have been if the person I was playing had been indigenous to the town it took place in. A Paititian character, choosing to rebel against whatever, or ignore whatever ancient wisdom, and go raid the tombs of her homeland. She could unleash terrible consequences on her own life, and then feel compelled to do everything she could to fix it, with the support of those she'd known all her life. It could have been a very similar story, but one that didn't feel gross.

So yes. But in my game we're set somewhere new. The Philippines! Ancient tombs were discovered in the Philippines six years ago, along with the entire lost village surrounding them, and it's the perfect setting for some Tomb Raider action. So my first character is an 18 year old woman born in Mulanay, in the Quezon Province, determined that there is far more to be found related to the Tagalog people in the jungles of Mount Maclayao. She knows the stories, she knows the rumours, and she knows that archaeologists have made discoveries that have, for reasons unknown, not been published.

She's my first character. My second is Tuvaluan explorer, from Funafuti, born after the islands became independent from Britain. In her late 20s, she can no longer cope living on an island with one supermarket, one bank, and 6,000 other people. She needs to explore. Which takes her across the Pacific to the Philippines, having heard the area is believed to still be rife with undiscovered secrets. 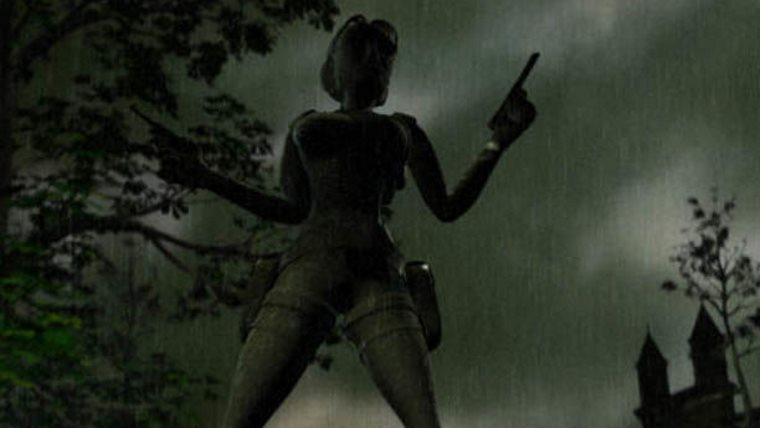 And we're off! And you know what? Both have great relationships with their living parents! What a concept. But gosh, they do get themselves embroiled in a muddle, which features rather a lot of waterfalls, time imprisoned in Taiwan, and at odds with some very powerful visitors from Brunei.

Ooh, I want to play this now. Just give me a call, Square Enix, we'll work something out.

I genuinely believe there's life in Tomb Raider yet. I think Lara's role in it might be rather more tangential. (It'd be such fun writing her in to the above, as a side-character.) And I think there are far, far more interesting ways to explore the issues of the very act of tomb raiding itself. Core already played out the "Because she's a terrible person" angle very well. CD have fudged, and then completely ballsed it up. I think the next more interesting approach could be just to say thank you and goodbye to Lara herself. It's this or my epic Fridge Raiders spin-off franchise.