Donaghey knows this better than most. He's the content lead on the newly announced Hytale, and Hytale is being made by Hypixel, the company behind a massive set of Minecraft servers of the same name. They're holders of several Guinness world records including "most popular independent server for a videogame" and "most popular Minecraft server network". They've seen first-hand what players have done with Minecraft.

Plenty of other developers have had the idea of making a game like Minecraft but with a few tweaks, and many have failed. But it's their experience that gives Hytale's creators a chance of succeeding where others haven't.

Hytale is being built to serve different kinds of player. There will be an adventure mode that's basically an RPG complete with progression, story, and drop-in co-op. There will be minigames designed to handle large groups of players (many of them building on minigames already popular on the Hypixel servers). And there will be tools to let people make whatever they want, whether that's the inevitable recreations of beloved fantasy settings or machinima or whatever else players dream up.

Hypixel know Minecraft well because they've stuck with it for a long time. They began as a mod collective before realising there was an audience for something more.

"Back then when the 'let's play' stuff was kicking off, Minecraft YouTubers were a big thing and there was a huge demand for adventure maps," says Simon Collins-Laflamme, Hypixel's co-founder. "So we were focusing a lot on adventure maps with redstone mechanisms. We did a lot of boss fights and stuff and at some point we realised the players knew how to install the maps but they didn't know how to find their friends."

Making their own server to help connect players was the obvious next step, and it paid off. They knew people wanted spaces to congregate, but didn't realise they'd arrive 4,000 at a time.

"If you looked at Steam back then we would have been top 20," Simon says. "That's when we realised, 'Oh shit, this could be a big thing.' So we started to work on the Hypixel Minecraft server a lot more." 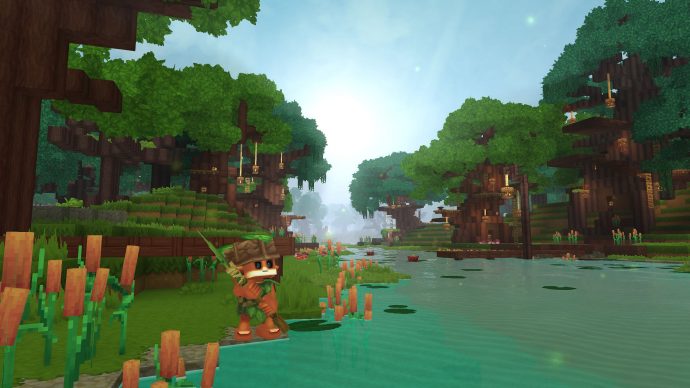 The next thing they focused on were minigames, intended as 30-minute PVP experiences players could mess about with while they were waiting for their friends. Modes like The Walls, in which teams have 15 minutes of preparation to craft weapons and construct fortresses before the barriers between them come down and battle commences. Or Bed Wars, in which players try to destroy each others' beds in order to stop them from respawning, or UHC (Ultra Hardcore), which was basically a prototype battle royale right down to the 100 players and shrinking map. To Hypixel's surprise, the minigames became more popular than the actual Minecraft servers.

"Around that period Minecraft itself started to hit its golden age in terms of the sheer number on Java Edition," says Aaron, "it was just a huge amount, and then around the peak in 2015, 2016, we ended up with 65k concurrent players. Which was very much enough to be notable." 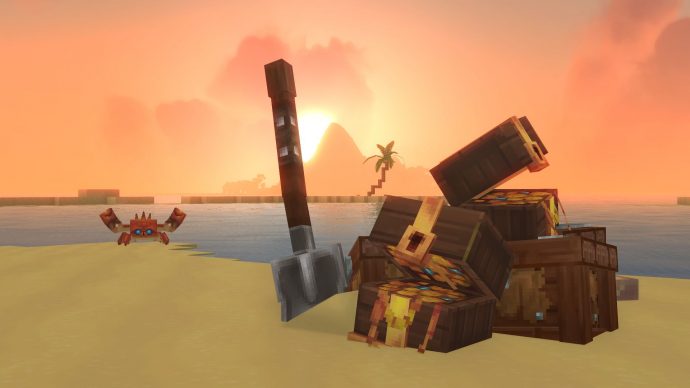 The other thing that had occurred by this point was the EULA fiasco. To simplify it horrendously, Mojang threatened to enforce the terms of their licence to prevent the sale of gameplay-affecting items on Minecraft servers, players and server operators were upset, and Notch got so frustrated he tweeted to ask if anyone wanted to buy his share in Mojang. Microsoft were reading.

"Some of it wasn't necessarily in line with what we would do," Donaghey says of Mojang's actions. "And obviously we're very cosmetics-focused, we're 100% cosmetics-focused, but it was definitely a huge reminder for us that, yes, you have this big community but you still exist within someone else's playing field, right? And we wanted to build our own playing field." 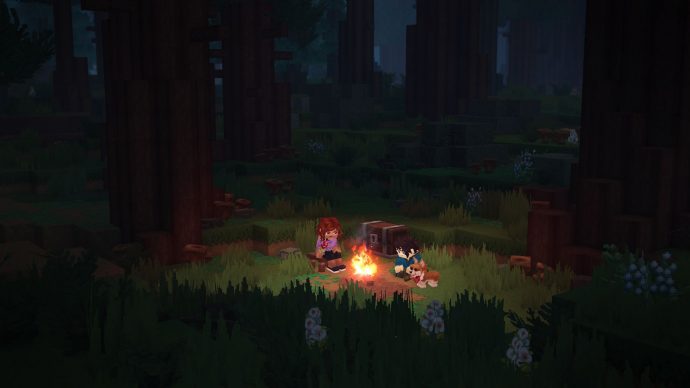 The other motivation to go their own way came from Turbo Kart Racer. A minigame that essentially recreated Mario Kart in Minecraft, Turbo Kart Racer struggled because it wasn't possible to move the camera back far enough that players could consistently see when they were being hit. They'd spin out of control without knowing why, and assume it was a bug. With their own game, in their own engine, making something like Turbo Kart Racer won't be a problem. 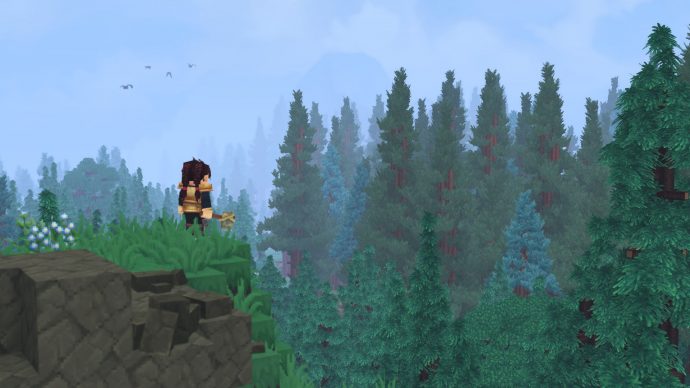 You can see that in the trailer where there's a brief glimpse of a twin-stick shooter minigame with a top-down camera. There's also a moment where someone creates their own movie in-game, moving a camera along rails. But it's not camera placement that makes me think Hytale looks fun. It's the moment the troll lifts up a lump of turf and yeets it at a hero on a horse, and the bit where a party of adventurers take on skeletons in a ruin with a combination of archery, spellcasting, and a swift shield to the bonce.

That's adventure mode, which is basically D&D played with Minecraft – Donaghey even namechecks Neverwinter Nights as an influence – which is really all I want. I don't imagine it'll be for everyone, but no part of Hytale will. That's the point. 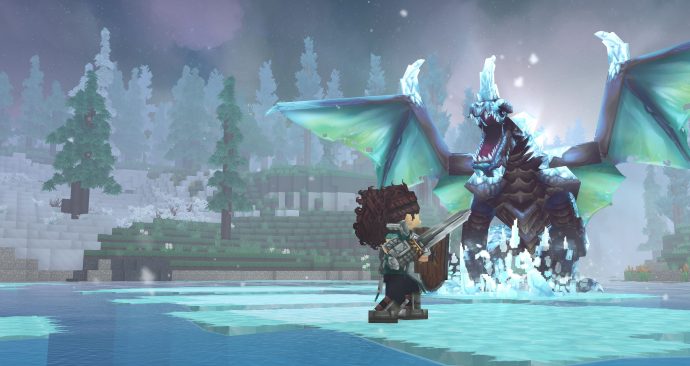 When asked why the Hypixel servers were so popular, Simon calls it "the Disneyland effect", and Donaghey explains.

"We actually looked a lot at Disneyland and how the park exists. If you think about the server at the minute there's a main lobby, and then there's these different branches of a tree. It's not just the actual minigame experience itself that makes it popular, it's hanging out and being with your friends."

They're aiming to do the same thing with Hytale. It's not just Minecraft 2 they're making, but the next hangout space. Just like Fortnite, which as this article explains is as much a place for teenagers to spend time together as it is a game, the aim is for Hytale to be different things for different people. If you've ever known the pain of all your game friends getting obsessed with one thing when you don't care for it, you'll understand the appeal of a space where you can be together as a group but also bounce between different modes of play as the mood takes you. 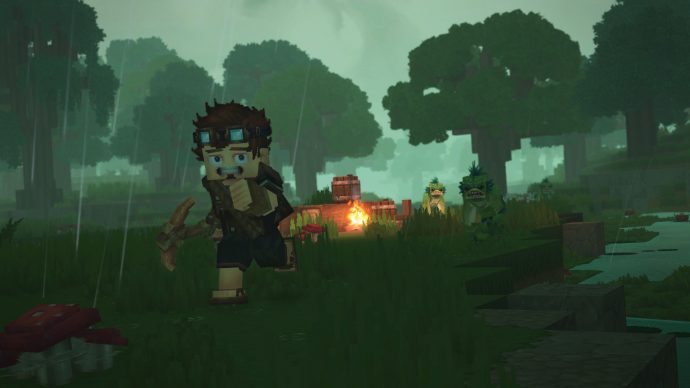 That's something Hytale offers that other Minecraftbuts have tended to lack – with the exception of Roblox, which is quietly one of the most popular games in the world. The other thing is the built-in audience who are waiting to see what Hypixel do next. Those players don't have to worry about their current online hangout space going away, however.

"We're not gonna close our Minecraft server," Donaghey says. "That Minecraft server still has a fully active team on there, the team size hasn't even changed. Hytale's been in development for two years alongside Minecraft. There's not going to be any perceptible change on the Minecraft side of things." 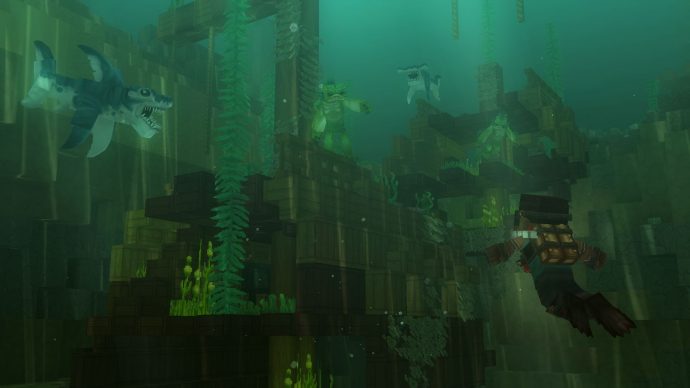 The money their Minecraft server has raised is what's made Hytale possible, but there's another source of funding as well, one they only finalised 15 minutes before our conversation: an investment deal with Riot and several 'angel investors'. They went through with it so that, as Donaghey puts it, "we wouldn't have to one day rely on crowdfunding, which is unreliable, or we wouldn't have to do a preorder."

Right now Hypixel have the money to make a game without having to rush (they haven't announced a release date yet), and an audience waiting for it. It's an enviable position for an independent game studio to be in.