It's an infinite universe, you know. And if there's life out there, there'll be absolutely tons of it. Loads and loads and loads of planets, with unfathomable numbers of worms and that to categorise. But the human imagination is, alas, less infinite. And so, even though there could be as many games about exploring alien oceans as there are (potentially) alien oceans to explore, any such game will instantly be compared with the mighty Subnautica, and will have to work hard to prove its originality, if it wants to make a name for itself.

Enter, then, In Other Waters. It's one of the games the RPS VidBuds have been playing this week as part of Rezzed Digital, and indeed, its premise is near identical to Subnautica's: someone is stuck on a watery alien world, and explores the local ecosystem while working away at some larger mysteries. But beyond that premise, it takes a wildly different approach to almost every element of its design, to the point where comparison is near-meaningless. And you know what? It's bloody brilliant.

In this game, you play as a computer. Or at least, something installed in a computer - I'm not certain exactly what. And neither is Ellery Vas, the scientist whose dive suit you're embedded in, and in control of. Awkward. After a fantastic little start sequence, which you should watch Astrid's video to see for yourself, you work out what you're doing, and begin to assist Ellery in navigating and moving around. 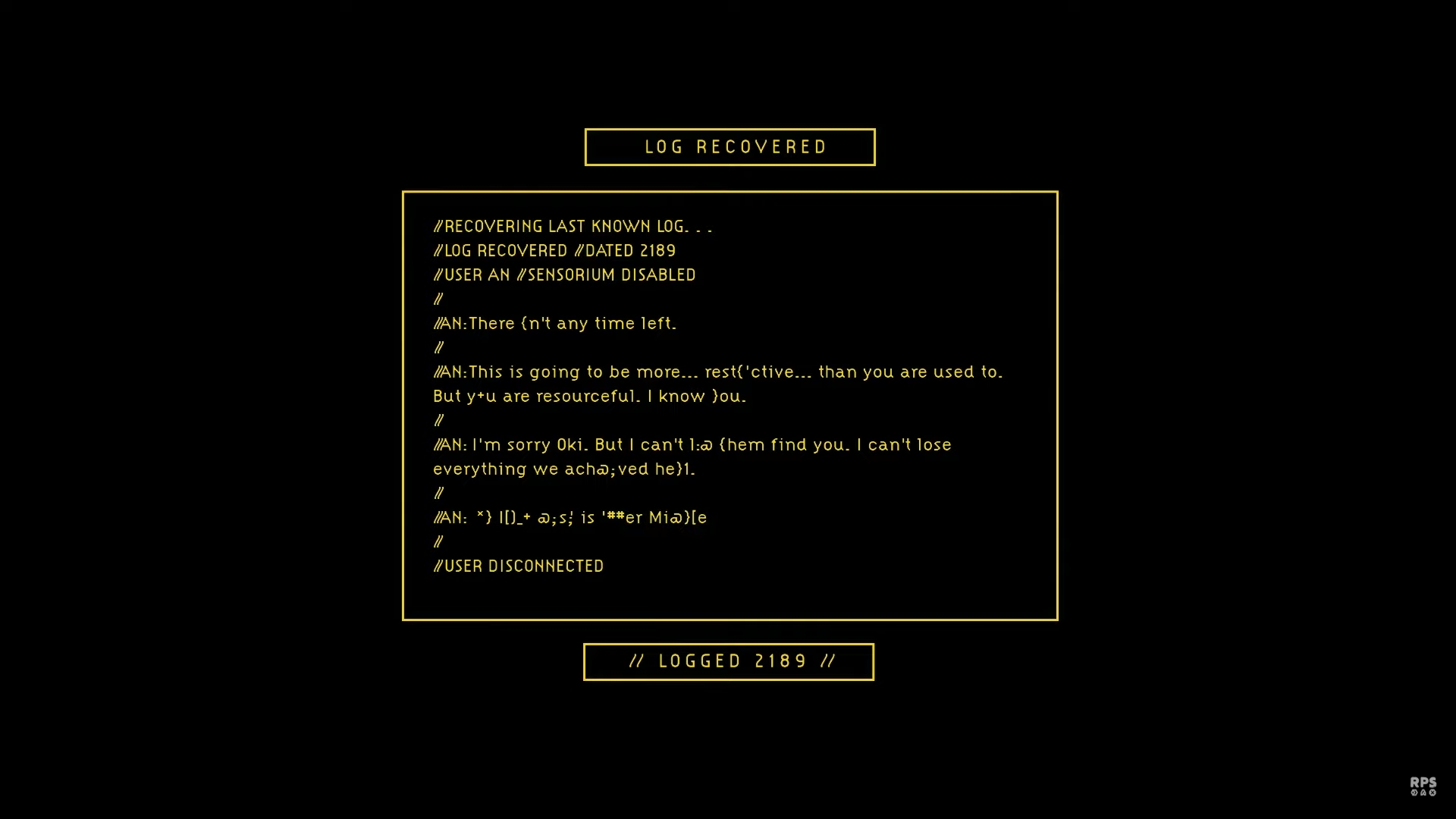 But there's no first person perspective here, nor any spectacular 3D seascapes - you experience the whole world via a gorgeously understated UI, painted in the most relaxing colours known to humankind, and pootle your human companion around the world as a dot on a contour map. Strangely enough, the whole interface reminds me very much of Nauticrawl, a splendid, odd little game about stealing an inscrutable mech, which my mate Ghoastus played last year. Only while Nauticrawl was a brutal exercise in learning through failure, this is a gentle, relaxing and - as far as I can tell - entirely non-violent experience.

Now, if you're anything like me, you're probably feeling an initial slump of disappointment that you won't actually get to see this incredible alien environment that Ellery is stuck in. If I'm honest, when I first twigged what the shape of the game was, I was actually quite cross, as the UI felt almost cruelly designed to omit all the things I had been most excited to see. But that disappointment only lasts until you get a feel for how utterly stellar IOW's writing is. 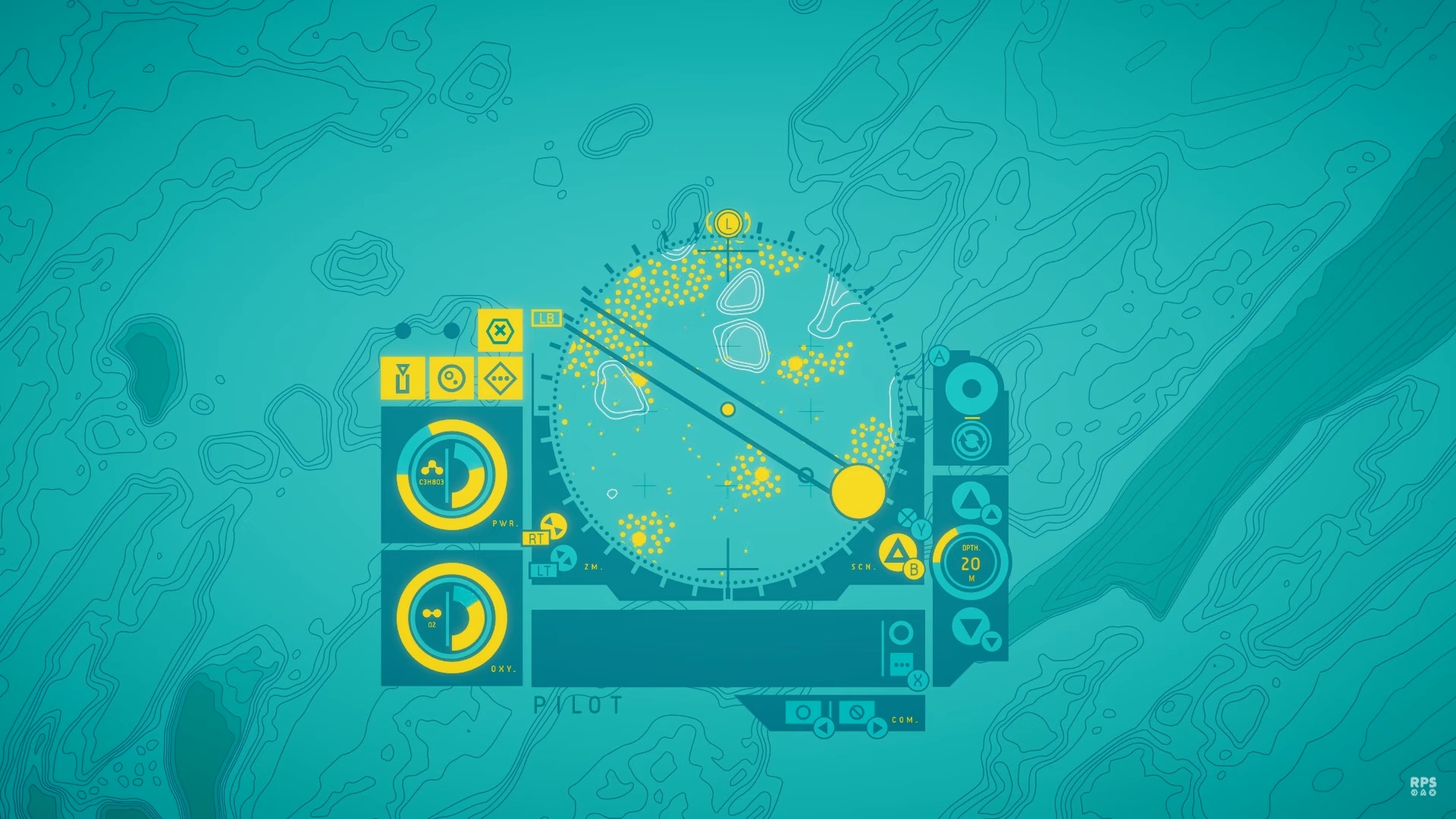 In this case, words paint a thousand pictures. Ellery's dialogue, and the reams of text that describe all the things she's seeing, is near-flawlessly engaging, and I was amazed at how quickly I built up a solid mental image of the geography and ecology of the game world. And indeed, For all that you can't swim around with it, IOW's xenofauna is - I think, at least - more nuanced and plausible than Subnautica's.

I'm not knocking the Subnautica menagerie, because the creature design was superb, of course. But at the end of the day, most of the game's animals existed either to look cool or to scare the honks out of you. Here though, is something completely different. And, if the rest of the game is anything like the bits I've seen so far, it's something extremely special. When it's available on Steam next week, I'm going to be diving right in, and I strongly recommend you do as well.