We're all friends here, readers. As such, you know that I like me a creepsome horror game or two, which is why I was keen to have at the demo for In Sound Mind, a new game of just this sort shown today at the PC Gaming Show. I say creepsome horror, of course, with the caveat that what I played was very much a work in progress, and could entirely change by release. So maybe by the time it comes out, In Sound Mind will be a cute farming sim.

It seems unlikely though, since this comes from the admirably named We Create Stuff, who were the folks behind the popular Nightmare House 2 mod for Half-Life 2. Fans of that mod, indeed, will find some familiarity in In Sound Mind: you wake up in a dark, run-down basement with only hazy memories of what happened to you, first-person your way around with a torch, and encounter obstacles which you then remove with tools. Also there are monsters.

In Sound Mind is clothed in many of the mildewed and water-stained trappings that you know and love from the wider world of horror. It quickly became clear that both the building I was exploring, and the hulking man in it (who kept leaving notes everywhere and calling me on the phone to deliver threatening expositional riddles), were probably some sort of manifestation of the player character's headspace. I mean. The name of the game is a clue. "Deepest corners of your mind", so on and so forth. You've all read the Steam description for a "psychological horror" before.

You play Desmond Wales, himself a psychiatrist, who has helpfully left himself a recording describing the decline of his mental health. Recorded sessions with his patients can also be found, since he decided to reanalyse them after they all began dying. You end up exploring these tapes physically, however. Playing them in the machine in your office turns your office door into a portal, which allows you to wander through an inhospitable landscape and listen to snippets as you come across telephone poles. Discovering a recording of your patient can lead you deeper into a sort of crossover with their psyche.

I played through the case of Virginia, who was pathologically opposed to shopping at the new Homa-Mart that had replaced her favourite Mom-'n'-Pop store in town. Exploring Virginia's session recording, you end up in that Mart, creeping around it as you're pursued by a floating, purple ghast that appears to be an aspect of Virginia. She hates being looked at, so you scuttle about trying not to be seen, cutting police tape with a shard of broken mirror. The shard reflects the mall as Virginia sees it, so you also use this as a way to look behind you in order to avoid nasties and ghosties.

In Sound Mind is inventive in the chores it gives you to do - collecting dolls, finding a very important mirror to destroy in a certain area of the mart, finding the constituent pieces of a gun - but it isn't as if there are no overworn tropes that it falls into. Angry phone man can sometimes summon shambling psychiatry-zombies, the same colour as the barrels of bright, oil-slick toxic waste you sometimes run into. "Oh ho," you think. "Time to crouch and sneak, I suppose". And indeed it was. From the first time this happened, I always thought it would probably be less bother if I just didn't answer the phone whenever angry man called, and thus not trigger a tedious event. 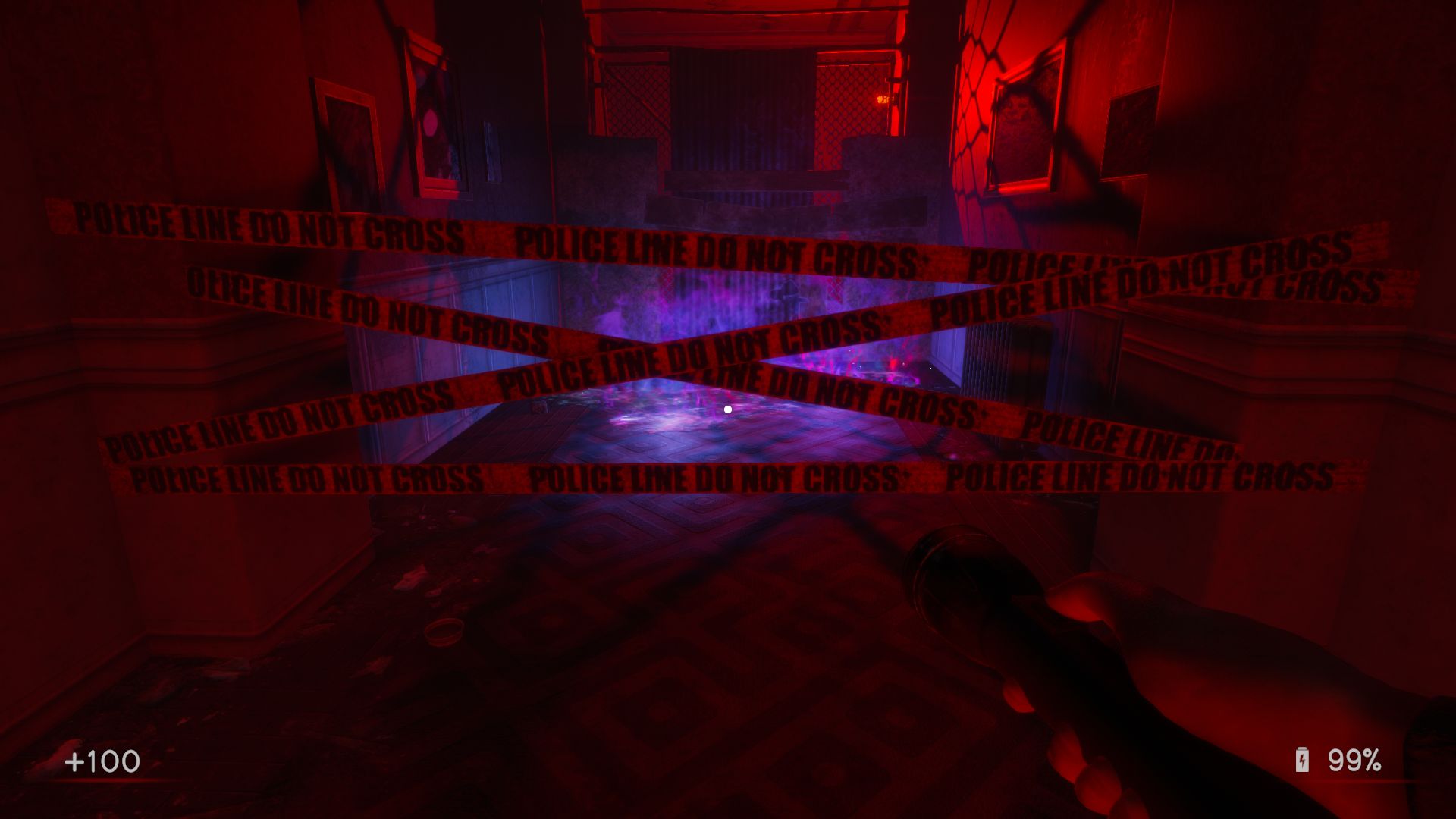 There are also some kinks to iron out. The game cleverly teaches you, for example, to walk backwards towards an automatic door so it can't tell that you're looking at it. Very nice. But then Virginia will come at you screaming "Stop looking at me!" no matter how resolutely you keep your back turned. It seems to be more a case of her not looking at you, which is a bit annoying if you've just been taught to solve problems by backing into them.

The inventory and menu system is a little unpolished as well. It would be nice, even, to punch the font up a couple of sizes as a quick fix. Plus the torch, always a short-cut to fear, doesn't run out of battery at anywhere near a threatening pace. You can find new ones for it, Outlast-style, scattered around the place, but I found I barely had a need for them.

Still, In Sound Mind has a healthy dose of interesting ideas along with the ol' insanity, hiding and mannequins gambit, so I'm interested to see more, and explore a few more of Dr. Wales's cases - before, I expect, discovering it's somehow all his fault and he's terribly guilty about it. Such is horror. 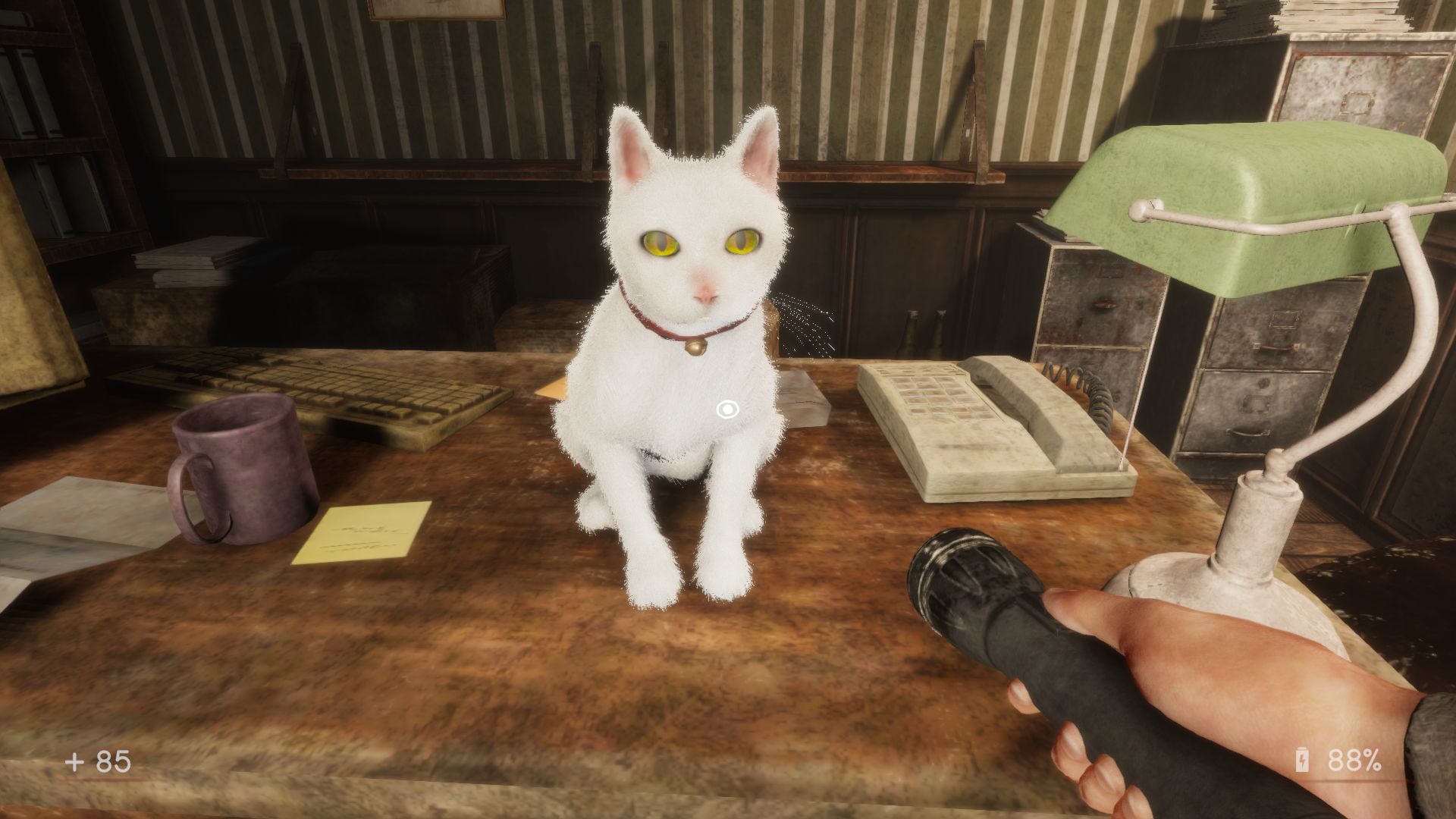 It does have a cat you can pet, too. I shouldn't leave that out. Who wouldn't want more of that?