I had a different opening paragraph for this article until I went looking for a header image. Now I've deleted it, and instead I'm going to talk about why I'm in love with this picture of Park "Saebyeolbe" Jongryeol. This is my 22nd and penultimate entry in this column, and choosing a lead photo is always one of my favourite parts, because there are also always so many moments of joy to choose from. Yes, you'll often see pictures of players looking focused or upset, but my personal style guide generally skews towards an image of celebration. Like this one.

Except Saebyeolbe just lost a game in this image. That confetti is San Francisco Shock orange; they just made it to playoffs, leaving Saebyolbe and the rest of the Excelsior in third place. But he's still smiling, congratulating his team, generally looking on top of the world. It's more than okay for players to be gutted after losing, and they should be given the space to feel that way without being exploited for broadcast. But where we over-focus on those, we miss ray of sunshine reactions like Saebyolbe's (and SonicFox before him).

If you go all the way back to my very first Know It OWL instalment, there's more confetti, this time in New York Excelsior blue. It was me secretly laying my chips on the table, casting my vote for them to take the season. I was wrong, but all things considered, the fact that they net third place is close enough for me.

Of course, that means that our two finalists are Vancouver Titans and San Francisco Shock. Considering how constantly surprising this season’s been, the fact that the undisputed top teams actually will be the ones playing for the ultimate victory is perhaps an upset in and of itself. But Vancouver’s pedigree from when they were Runaway speaks for itself, and I dedicated a whole piece to how we probably shouldn’t have been surprised by the Shock. 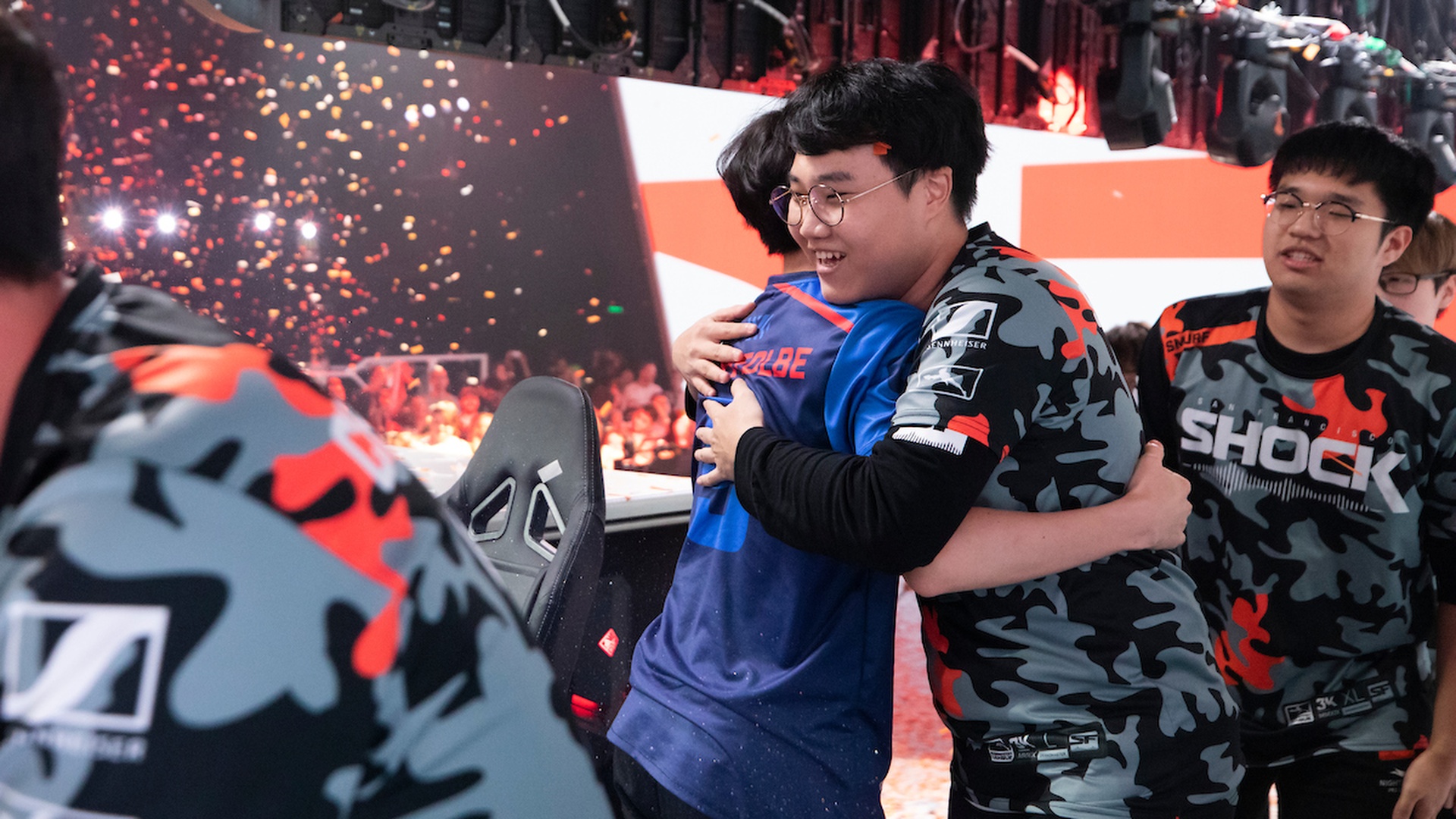 They’ve both made clear during these last few weeks that they continue to deserve their top spots, with neither hesitating to adapt to the new meta caused by the introduction of the toe fiend Sigma. Vancouver’s Choi “Jjanu” Hyeonwoo stepped into the new hero’s lack of shoes, and took to it immediately. Unsurprising, considering his history in quickly learning newly released tanks; he was one of the first to use Wrecking Ball in professional play back when Titans were Runaway.

More of a shift for Vancouver was benching former most valuable player candidate and arguably the face of the team Park “Bumper” Sangbeom in favour of Hwang “Tizi” Janghyeon. They were fairly open about the motivation behind the change, though: Bumper’s aggressive style simply doesn’t work with the new Orisa-Sigma focused team compositions. I’m sure he’ll be back as soon as charging in with wild abandon becomes the strategy again.

It would be remiss to have any conversation about the Titans without mentioning Kim “Haksal” Hyojong, whose Doomfist play looks frankly terrifying even compared with the rest of the playoff teams, who are hardly poor. He also managed to win both Rookie Of The Year and a Role Star award, for when you really wanna double down that this guy games good. If Vancouver get the edge in the finals, which to be clear I have no idea if they will, it’ll be down to Haksal.

If anyone can give him a run for his money, though, it’ll be Jay “Sinatraa” Won, San Francisco Shock’s Doomfist and this year’s most valuable player winner. Though Shock have been cycling many of their team on and off the bench, with other damage dealing players getting a turn in the spotlight alongside Sinatraa, and Bumper’s fellow main tank/MVP candidate/face of the team is also sitting most of the games out, as though the two have entwined fates.

Shock actually had to fight their way through the loser’s bracket after a narrow defeat at the hands of Atlanta Reign during playoffs. But they looked pretty unruffled by the experience, and Reign couldn’t complete their own run to the finals. It’s still worth remembering their Sigma player, Blake “Gator” Scott for next season, though. Coming up from the second teir Goats team – yes, the one that invented the infamous triple tank, triple support meta – he was brought in specifically to represent the newest hero and shone while doing so.

As well as various awards for good play, the League handed out the Dennis Hawelka award this week, for generally being a good person. It went to Scott “Custa” Kennedy, the Los Angeles Valiant’s main support and captain. My vote was with Shanghai Dragons' Noh “Gamsu” Youngjin, who once took Haksal hiking after the latter was rude to him in ranked play, or Saebyeolbe of course, but Custa is apparently a very nice and supportive teammate to have around, and he’s raised a bunch of money this year for a children’s hospital, so I’ll not complain.

It is rather nice to have multiple candidates for an award like this, and it does generally feel like players have done less awful things than they did last year. Blizzard introduced a tracker to show when they had to discipline players and after collecting the first group in December they used it exactly once, which certainly wouldn’t have been my prediction. It’s not been perfect, and fans and broadcast staff could stand to start moving in the right direction too, but I am pleasantly surprised.

There’s just one more match left, and we will finally, definitively, and inherently unfairly be able to say whether Shock or Titans are the best team in the League. The other one will be cursed with unfavourable comparisons for at least the next season. Also I think there’s a trophy and money involved or whatever. That’s on Sunday the 29th of September, and it’s actually at the relatively friendly time of 8pm GMT for once.

Until then, here’s translator and interviewer Danny Lim living his best life way in the background of this caster shot. I see you, Danny, and I appreciate it.